As art initiatives go, it was wild and weird and crazier than most. An attempt to “reconcile the independence, spontaneity and anarchy of street art with the limitations enforced by an enclosed exhibition space,” the inception of Galeria Forty/Forty inside Fort Bema was inspired by a visit to Bangkok, during which the collective behind it was awestruck by a ‘street art exhibition’ inside “an empty space the size of a cathedral”. 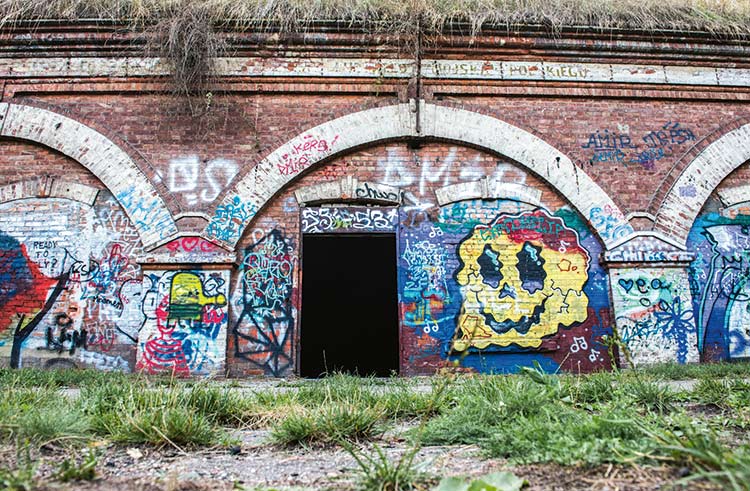 “It was the first time we asked ourselves,” recalls one of the core organizers, Marcin Rutkiewicz, “what could be done to make ‘street art’ inside a gallery space remain ‘real’?” The answer, they concluded, was straight-forward – it could not, they deduced, be cut-off from the street.

“We realized that closing a door,” he continues, “was tantamount to the symbolic cutting-off of the ‘street’ attribute.” Thus Forty/Forty was born, a “gallery without doors, where anybody could enter at any time and do what they please.” 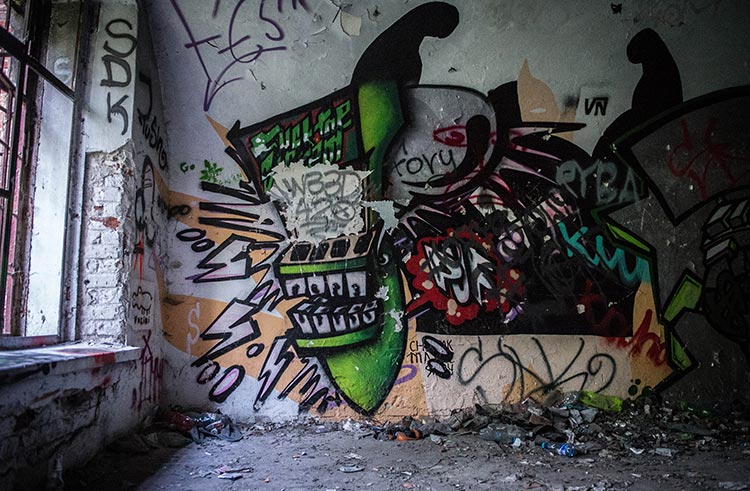 With the permission of the city’s conservator, as well as the blessing of numerous government figures, the abandoned Fort Bema was sanctioned for this use. From 2011 until 2015, approximately fifty street artists were invited to work on the walls either individually or by forming off-the-cuff alliances with others. 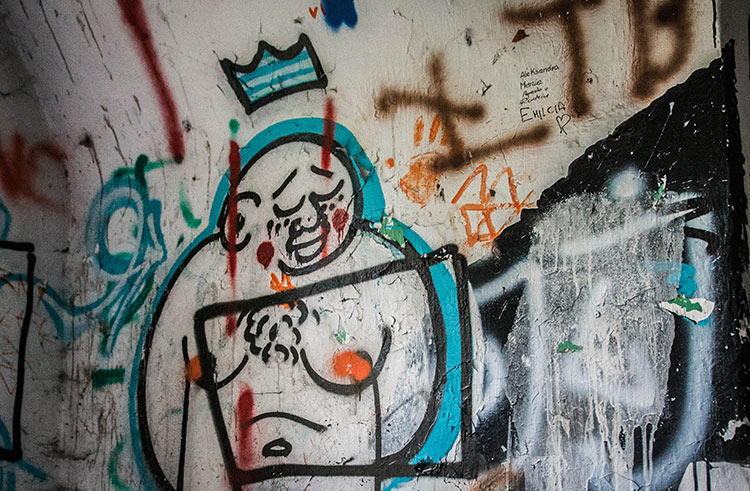 The only rule, was that there weren’t any rules. A showcase of varying styles, artists such as NeSpoon, Szum, Chazme and Maniac were invited to contribute, with their patchwork of techniques forming a rich tapestry for the sight: installations competed against sticker art, posters, stencil graffiti and murals. All the time, the open door policy saw these works supplemented by impromptu additions from other outside sources. It was visionary. 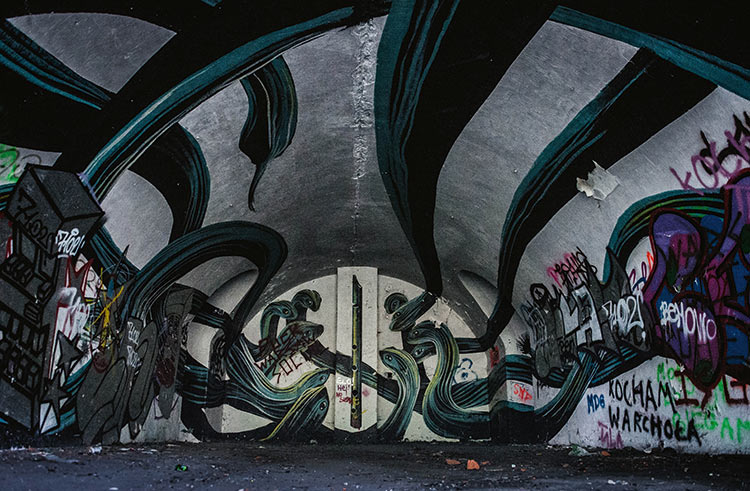 As it transpired, Fort Bema was the ideal backdrop. Completed in 1890 as part of an internal ring of Tsarist fortifications, advances in military hardware and tactics made it largely redundant within a couple of decades.

Plans to demolish it, however, were interrupted by the outbreak of WWI, and it was to later serve as a Nazi weapons depot, a POW camp for German soldiers and a wing of the Legia sports club. By the time the new millennium arrived, it was a derelict, empty shell used by vagrants and ravers. Galeria Forty/Forty offered its corridors and chambers a second lease of life. “It was transformed into a local tourist attraction,” writes Rutkiewicz in a pamphlet available online at 40bema.blogspot.com. “It became a destination for walks and cycling trips, a place of romantic dates, a background for amateur and professional photography sessions and a set for video clips. But first and foremost, the Forty/Forty Gallery was a place where viewers interested in street art could get to know the works of a major part of the Polish street art community.” 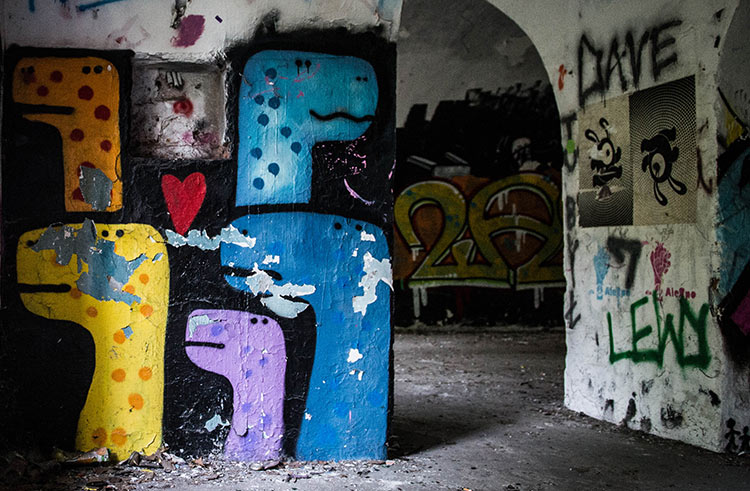 The project closed in 2015, but Bema remains open to this day with many of the works still somehow surviving amid the more recent defacements. 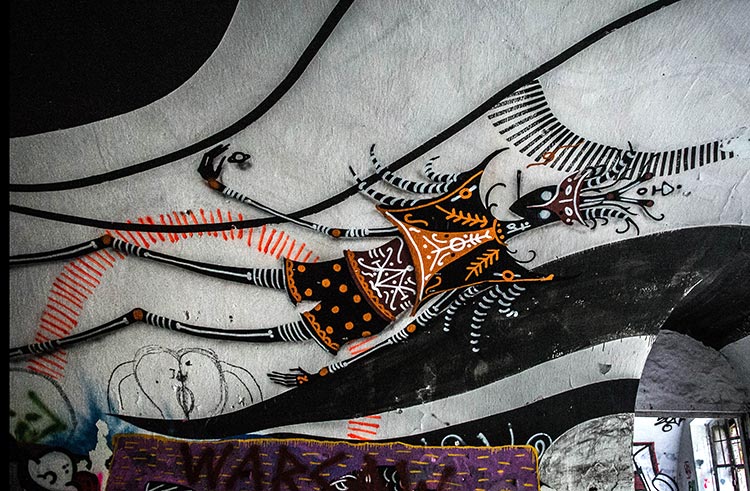 Reverting to its prior function as an ominous, dank labyrinth of pungent aromas, today visitors tread with trepidation among broken bottles and junky debris, past braindead squiggles and long emptied cans. In parts it feels lethal and in others just threatening, yet it remains a remarkable tribute to a Utopian ideal. 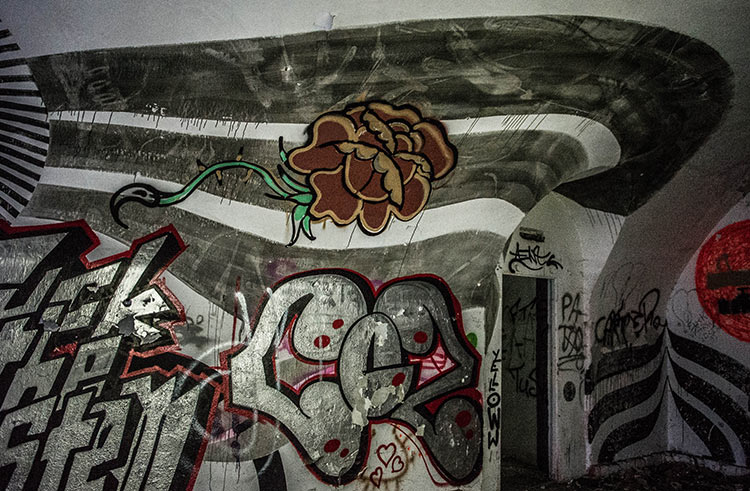 For more on the project, see: 40bema.blogspot.com