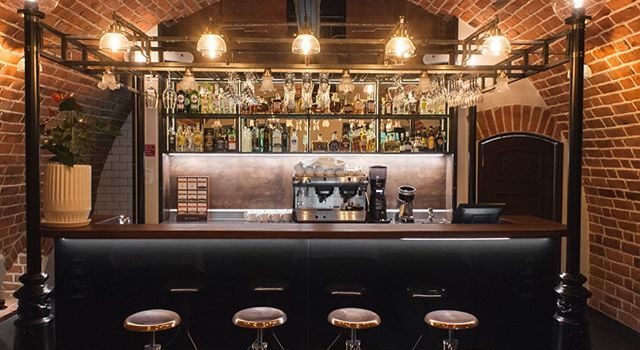 Renovated by the renowned stage designers Marcin and Mateusz Stajewski, this subterranean venue is set with arcing brick walls and polished bits of fancy: elegant enough for something special yet casual enough for walk-ins. Originally founded in 1986 by the Theater Guild as a space in which performers could socialize, four years of renovation have seen it reprised as a handsome eatery that celebrates all the reasons to love Poland: hospitality, human warmth and big, heartfelt tastes.

Blending his enthusiasm for Polish cuisine with his own carefully honed sense of flavor and aesthetics, chef Stanisław Nowogródzki is exactly the kind of fellow you need cooking in winter: baked beetroot with raspberry, blackberry, sheep cheese and caramelized walnuts is riot of flavors, whilst tartare is revealed from a smoking glass dome to present itself in a joyous mix of premium beef, runny egg yolk and all the chopped add-ons that make it such a classic. But the killer blow, that’s the deer steak. There can be no complaints, none whatsoever.