The Beauty & The East

Bloated with tourists it is not. While sightseers stampeded across the streets and squares of Kraków, Lublin in the east stands largely forgotten… (By Alex Webber | Photos: Ed Wight)

A Jaguar would have been fitting, but instead we settle for a Brezhnev era Lada. There are better ways to arrive at the Grand Hotel Lublinianka, but pickings are slim outside the train station and we squash into the one asthmatic taxi that’s available for duty. Fortunately, this is not a hotel with a porter. A doorman, all top hat and tails, wouldn’t be amiss though.

Completed in 1900, there is a swirl of Viennese elegance to the Grand. The lobby is all palm fronds and marble, while our rooms – economy for zł. 170 – are budget in name alone. It is, also, a considerable upgrade from the hotels of my recent travels, and indeed the creaky charm of my usual lodgings in Lublin: the Waksman. I say usual, but that’s a gross exaggeration. It’s been years since I’ve visited this city, though as we begin the walk up to Old Town a sense of familiarity soon takes hold.

It’s the May long weekend and the sky preposterously blue. But while more traditional hotspots would be swollen and saturated with sightseers, there is a serene sense of quiet about this isolated town. There is none of the usual city noise, and the only English accents are our own. We are a little over two hours from Warsaw, but we might as well be on another planet. 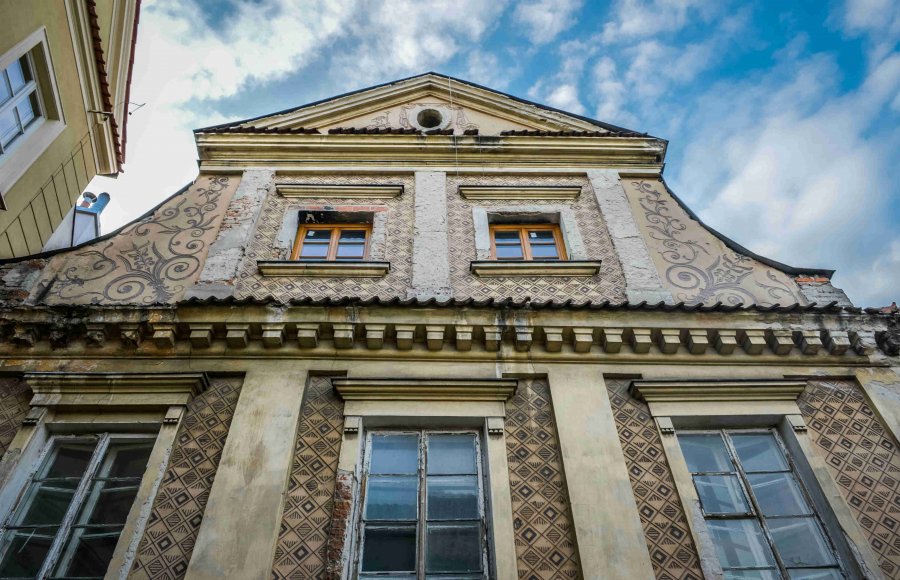 Consider Brama Krakowska the magic door to Old Town, a stout brick tower crowned with a Baroque dome. As we file through its inky dark guts the plaintive sound of a busker’s violin follows us as we emerge to exquisite daylight on the other side. We have passed through the looking glass, and what unfolds is an Old Town that’s among the best preserved in Poland. This is not a Humpty Dumpty town, reassembled after the tribulations of WWII, rather an original that feels unique and real. 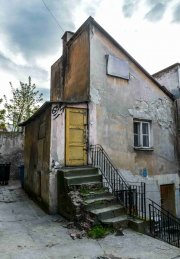 Lublin has not been manufactured to suit the needs of the few foreign pioneers arriving on Ryan Nightmare, and it’s a point that manifests itself as we stray off down the tight, narrow backstreets that wriggle from the center. Drowned in shadow, we find an alternative world to the one presented on the postcards. Laundry flutters from washing lines stretched across balconies, while old men in slippers stand hunched in doorways enjoying a secret smoke away from the wife. It feels like an Old Town in which people live, work and die, rather than an elaborate hoax targeted at the tourists.

As we weave down crooked streets, we pass a wish tree. It’s an opportunity too good to miss, and I use my chance to request the relegation of Bristol Rovers (within the next 24hrs, and with the odds stacked against it, the wish is granted). Rejoining the main thoroughfare, we are met by the sight of the Royal Court of Justice – a pristine building the color of vanilla. 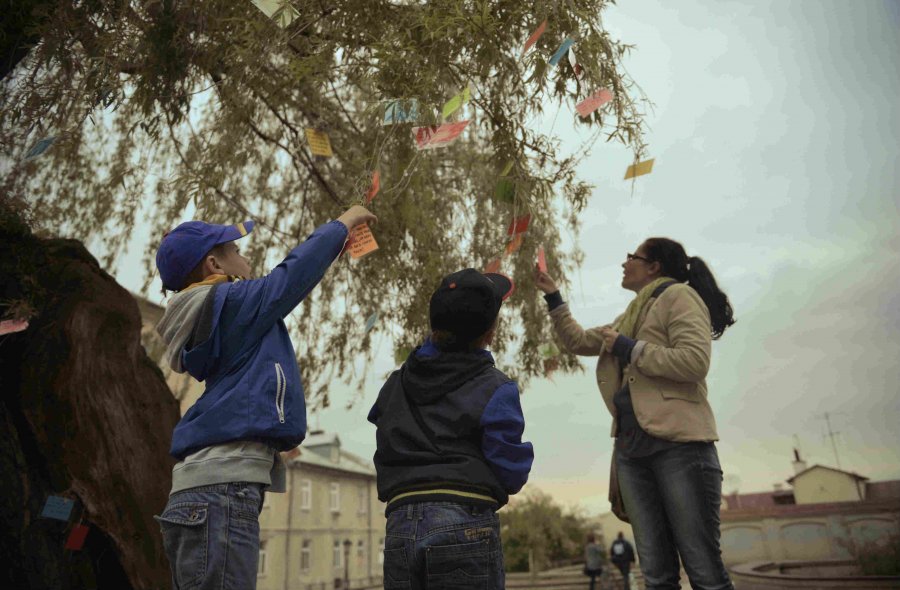 Home to one of the enduring legends of Lublin, it is said that once upon a time an impoverished widow lost a case against a local hot shot who had bribed the judges. “Even if the devil was judging,” wailed the woman, “the verdict would be fairer.” Later that night townsfolk were woken to the clatter of stagecoaches from which clambered a retinue of devils dressed in judges’ gowns. The following day these horned gents reviewed the verdict and passed it in the widow’s favor, sealing their judgment with a paw print that burned through the parchment and left a scorch mark on the table.

To this day, the Court maintains its connection to the underworld by offering subterranean tours of the medieval basements found below. Replete with scale models of Lublin through the ages, it’s a diversion that’s found particular popularity with those under 10. Back outside, our meandering route takes us to a square filled with the ruins of the former St. Michael’s Parish Church. A miniature replica of the church stands to the side, though it is the view of the castle that steals the show. Set against a sky now streaked with crimson, the castle’s Moorish silhouette appears drowsily romantic. 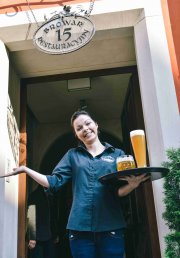 Unfortunately, I have not traveled with my girlfriend, rather a photographer who has just found his thirst. We repair to Grodzka street, the pedestrian corridor that runs down old town. We begin in Grodzka 15, a microbrewery with a polished look and the soothing aroma of malt and hops. As we gather ourselves on the terrace a berk on a DIY go-kart hurtles down the steep, sloped cobbles scattering all in his wake. It’s in the British nature to salute such acts of heroic lunacy, but our cheers of encouragement are met with glares all around. Once more, we are reminded that this is not Kraków.

This is not to say that Lublin isn’t fun. The next few hours pass in a blur as we pinball from bar to bar. In close proximity there is a Czech pub, and a few doors up, a legendary Irish bar filled with trinkets and junk. The Guinness tastes like pond water, but the atmosphere is loud and lewd and primed for Friday. We end with a flourish, discovering U Fotografa with its arsenal of craft beer. If we started with a swagger it’s with a stagger that we finish. That night I sleep like I have been tranquilized.

The next morning takes a musical theme. My head is drumming, and so too the rain on the street. Then, to my alarm, along marches a military band, on their way to a parade in the park. Boom, toot, bang, bang. If ever there was a time to draw the curtains and slither back to bed it is today. But sightseeing we must go.

Exiting, we use a break in the rain to make the short journey to Majdanek concentration camp. While the city survived the war intact, its people did not. Under ashen skies we walk through gas chambers and barracks. Some 78,000 people are estimated to have died here, among that number much of the city’s Jewish population. We walk in silence, soaking in the heavy weight of history, occasionally stopping to talk in hushed whisper. 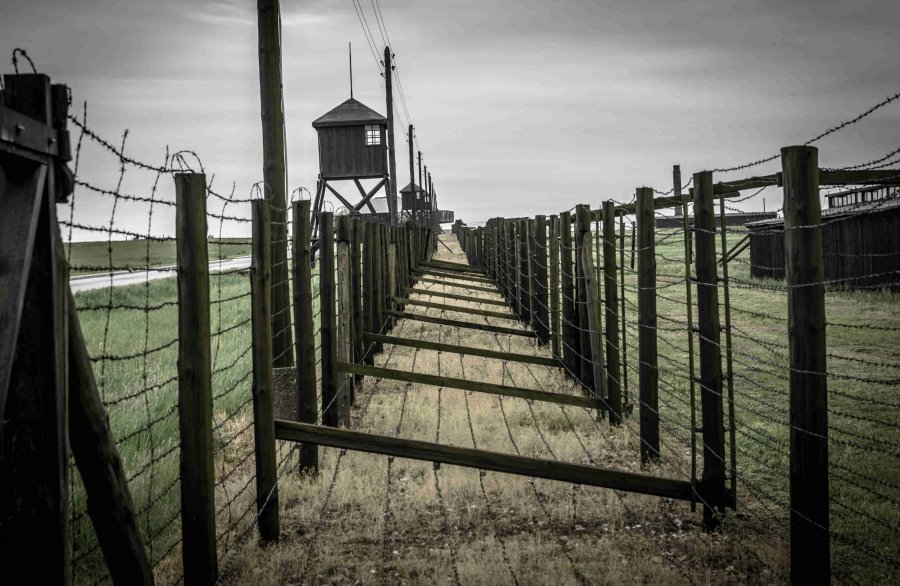 The details are heart wrenching: in one field stands an elaborate concrete model of a Disney-esque castle. It was built by prisoners on Nazi orders in an attempt to impress a Red Cross delegation that conditions weren’t that bad. Of course they were, and the crematoria and the execution trenches are a stark reminder. Yet perhaps the most jarring aspect of it all is the close proximity of the city itself: tower blocks bristle against the skyline, staring down on the killing fields outside.

After the maudlin atmosphere of Majdanek, it feels fitting that we sign off the weekend in Mandragora restaurant in the Old Town square. A bold attempt at reviving Jewish culture, this bustling venue has charisma in abundance: klezmer music plays above a constant chatter, while staff in headscarves scurry between tables. This is not a city that carries much culinary clout, but the food is honest and delicious and worthy of praise. Hoisting the last beer of the trip, the toast is to Lublin and our swift return. 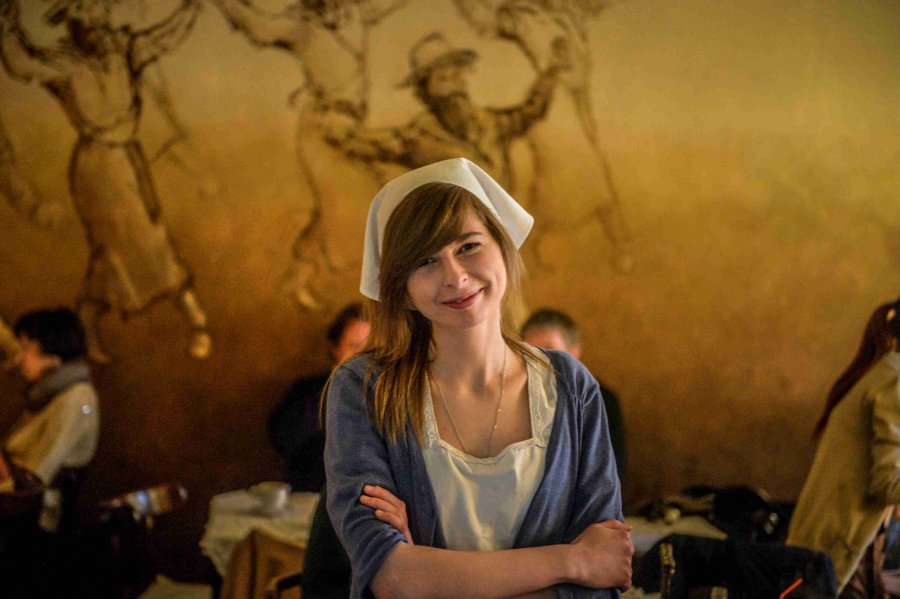