The Call of the Wild

The Insider travels to the deepest ends of Poland’s East in search of the greatest of escapes: the primeval forests of Białowieża… BY ALEX WEBBER | PHOTOS BY ED WIGHT

I love living in the city for all that it offers: action, glamor, sleaze and noise. But true happiness for me, that’d be a little place in the middle of nowhere. A wooden cottage fringed by the forest. A dog would be good, as well – a happy little dude with a thick coat of fluff. Tonight, sitting on the veranda of Sioło Budy, I have that. Snowflakes the size and softness of marshmallows tumble from the sky, while completing the picture, a Husky-looking creature emerges from the blackness to join me for a beer. The silence is total and emphatic; Warsaw is worlds away. 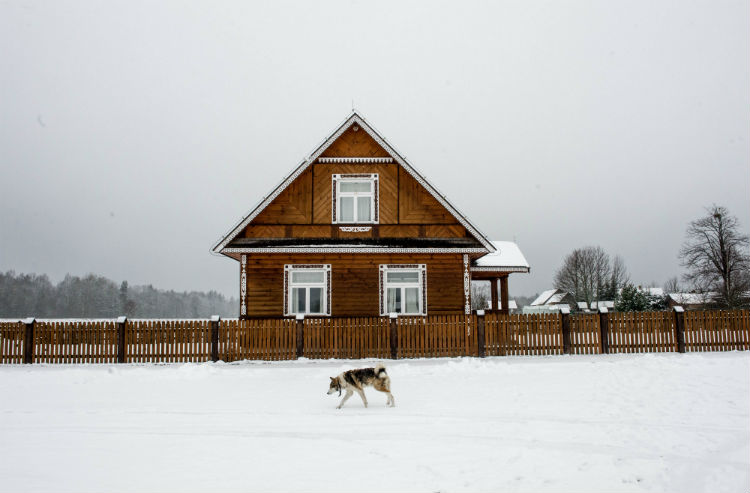 Of course, it is not – you don’t need a space rocket to reach here, though a car would be handy. Alternatively, there’s public transport, which is the method we’ve elected. Set in the wilds of Białowieza, Sioło Budy is, in actuality, surprisingly accessible: it’s three and half hours on the train or bus to Hajnówka followed by a 15-minute taxi ride down a bumpy country road. Our journey, however, hasn’t gone as planned. There’s been a missed bus (“hang on, shouldn’t we be in Wschodnia and not Zachodnia?”) and a missed train connection. By the time we reach Hajnówka we’re seven hours behind schedule and the cab rank is empty. Miraculously, a good Samaritan comes to the rescue and we eventually screech into Sioło Budy in the middle of the night.

Now you’ve never heard of Sioło Budy, of that I’m pretty sure. Cutting a long story short, it all began in 1998 when the owner decided to build a traditional guesthouse that would fit into the fabric of the village of Budy. Leased ten or so years ago to the Niczyporuk family, the new proprietors decided to add some bits and bobs: a restaurant, more accommodation and a skansen themed around 19th century rural life. The final outcome has been a magical complex that transpires to be a village within a village. 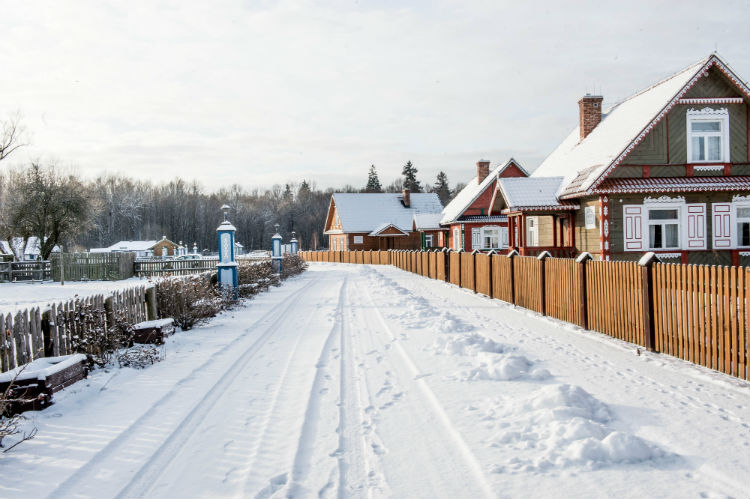 Everything, including the restaurant, is already bolted for the night, but we’ve thought ahead and ordered a bag of beers to be left in our rooms. After the day we’ve had, that’ll do nicely. Our lodgings are full of creaks and squeaks and the rudimentary design acts as a gentle reminder that we’re staying in a cottage and not a branch of Hilton. But what it lacks in internet and general bells and whistles, Sioło Budy compensates with other valuable assets: warmth and isolation. Within just an hour we’re overcome by a wave of complete and utter peace. Sleep is deep and undisturbed. 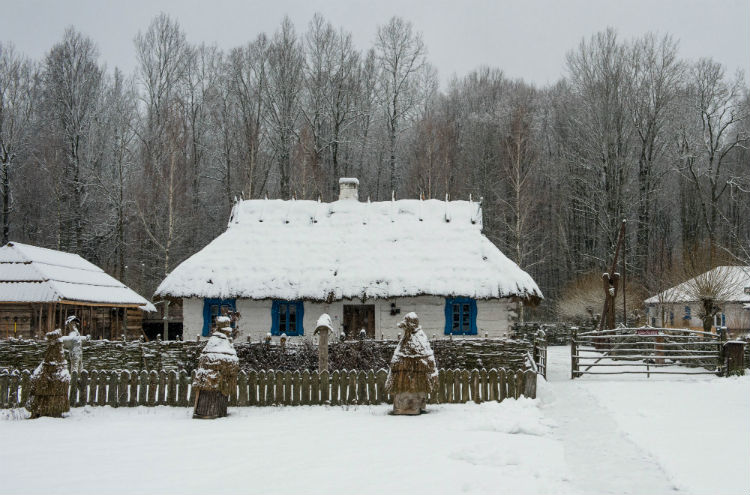 Well-rested, we wake the next morning to lifeless, leaden skies. Back in Warsaw, it’s weather that would have you reaching for a shotgun, but out here it doesn’t seem to matter. With breakfast ticked off, an exploration is called for, and we spend the next hour peering round doors: there’s a Russian banya, complete with an ante room for rowdy sessions on the vodka; next, the ‘Hunter’s Shelter’, a wooden rotunda with a fire pit in the center; and finally, the skansen itself. If there’s a highlight, then it’s a cabin from 1836 that’s been preserved as a snapshot of past peasant life – so we’re told, the key feature here is the only working wooden chimney in the whole of the country. 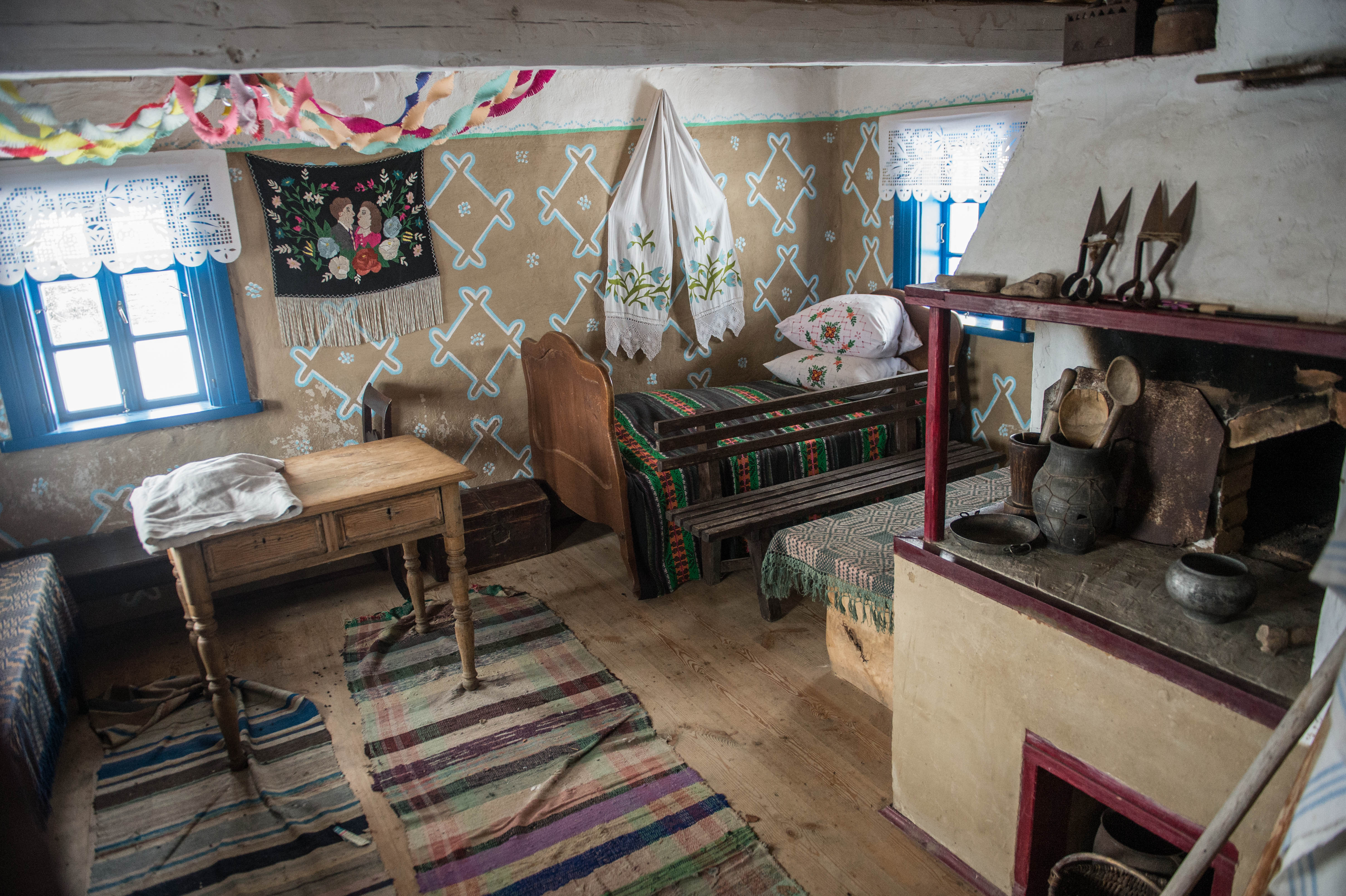 As engaging as all this is, we’re not here to hang around – we’re here for wildlife. Plopped inside the Białowieża Forest, the wider region hosts one of the largest primeval forests that survive in the world. Thought to be 8,000 years old, the forest owes its continued existence, ironically perhaps, to hunting. Used for centuries as a private hunting ground by Polish and Tsarist monarchs, it’s a place where nature has flourished: wolves, lynx, moose, pygmy owls and, the area’s calling card, bison. Temporarily wiped out in 1919, Europe’s heaviest land mammal has since been successfully reintroduced, to the point that the woods are home to the largest free-roaming herd in the world. Now this, this is what we have come to see.

To meet this end we recruit Aga, Sioło Budy’s PR manager, and she kindly volunteers to drive us into the back of beyond in the hope of sighting something special. Even with transport arranged, our hopes are not high. “To see them,” she warns, “requires lots of luck and an equal amount of patience.” These are qualities neither the photographer nor I would ever list as traits. Besides, we’re only here for one more night. Amazingly, fortune is on our side. We’re barely out of Budy when, in the distance, we spot a bison grazing in the fields. 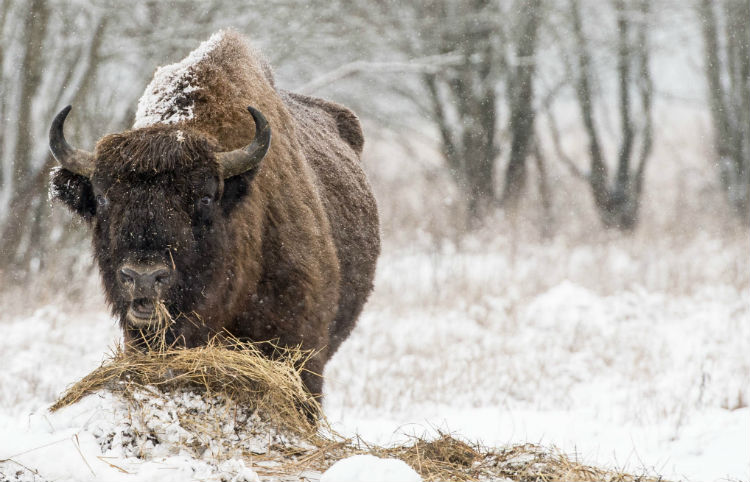 Stopping the car, we make our way towards him, only to realize he’s most definitely not alone: “There’s another one behind that tree,” shouts the photographer. “And two more over there,” I reply. Cautiously, we approach them to within a distance that feels practically eyeball-to-eyeball. We’re so close, for a moment I think I hear his heartbeat, but it’s actually my own. It’s a moment where time stops and joy sweeps the body. For one of the few times in my life, I’m left struggling to express myself. It’s a scene of such beauty words feel superfluous.

Still panting with excitement, we return to Sioło Budy for food. Seeing we’re the only guests, the restaurant is shutting at 4 so we need to make lunch count. Noted for its connection to regional produce, the menu isn’t shy about namechecking the Warsaw chefs that have visited as research, and the food lives up to its billing.

With innards insulated with heaving helpings of traditional fare we are ready for Stage II of the day: a horse-drawn sleigh ride. It begins slowly but builds to a crescendo as we tear around bending forest trails. The depth and density of the woodland plus the pristine purity of the snow combine to create the illusion of traveling through some mystical ice kingdom. “Narnia,” whispers the photographer, and I nod in agreement. 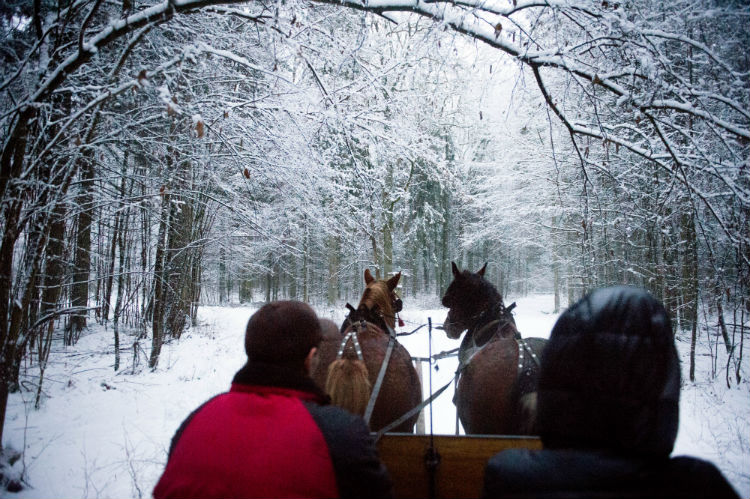 Returning to base, we’re struck by the awareness that there is nothing left to do. Nothing, that is, aside from ordering gallons of mulled wine to see us through the night. Retreating to a communal living space festooned with local craftwork, we wile away the evening in a state of exhausted contentment. For hours we talk about everything and nothing, venturing occasionally outside with a thermos flask of wine: the frozen ground glimmers under the moon and at one stage the sky takes on a vivid violet glow. It’s ethereal. Nothing more needs to be said… 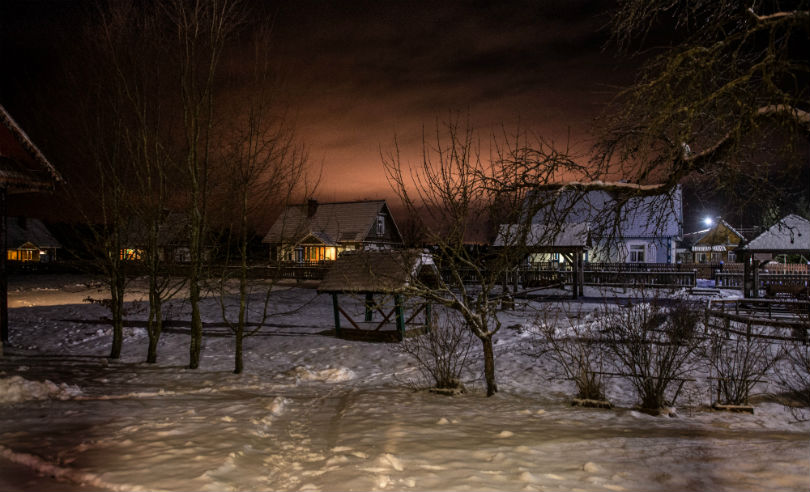