Lauded as the symbol of new Warsaw, the Złota tower has polarized opinion with its unusual design. The Insider goes through the keyhole to see if it lives up to the hype. 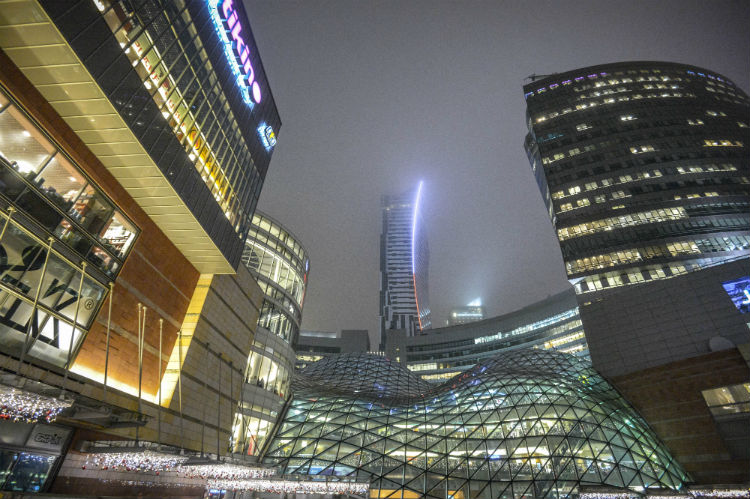 Much ink has been spilled as to the merits of the Złota tower, and not all of it has been positive. Designed by Daniel Liebeskind, the development was initially promoted as a visionary landmark that would announce Warsaw’s coming of age. But the Łódź-born architect has faced increasing condemnation as work reaches its climax, with detractors critical of both the building’s ‘skin’ and its lack of similarity to the original visualization. But if the backlash has phased Orco, the developer, then it’s not showing. “I heard the criticism,” says Group COO, Nicolas Tommasini, “but I’m not sure it overwhelms the admiration of thousands. Anyway,” he adds mischievously, “aren’t such controversies the privilege of truly iconic buildings?” 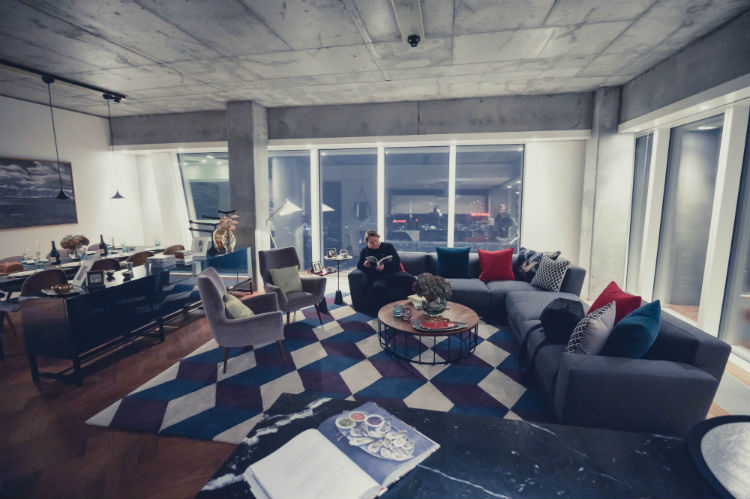 And iconic it certainly is – touting the most imaginative silhouette in the country, Europe’s tallest residential project represents the essence of luxury… with prices to reflect so – zł. 25,000-64,000 per sq/m. So far 60 of the 266 apartments have been snapped up, but Paweł Rogaliński, head of the marketing suite and concierge, is confident this will rise sharply. “Remember,” he says, “we are not just selling floor space, we’re selling a lifestyle.” 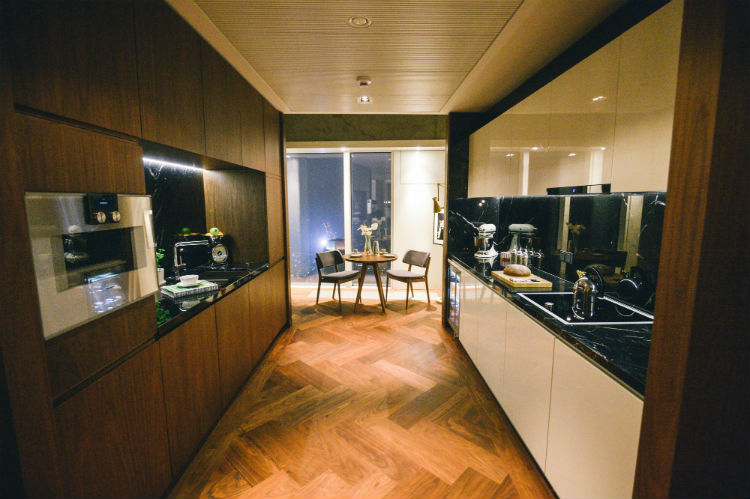 The lifestyle he speaks of is an enviable one. Meeting Paweł at the mouth of the underground garage, we are whisked to the 50th floor, where a corridor opens out into a stunning marketing suite. The view is immense – eye level with the Palace of Culture, you feel you can reach out and grab it. Resisting the temptation to do so, we embark on a tour of the three ‘show’ apartments. 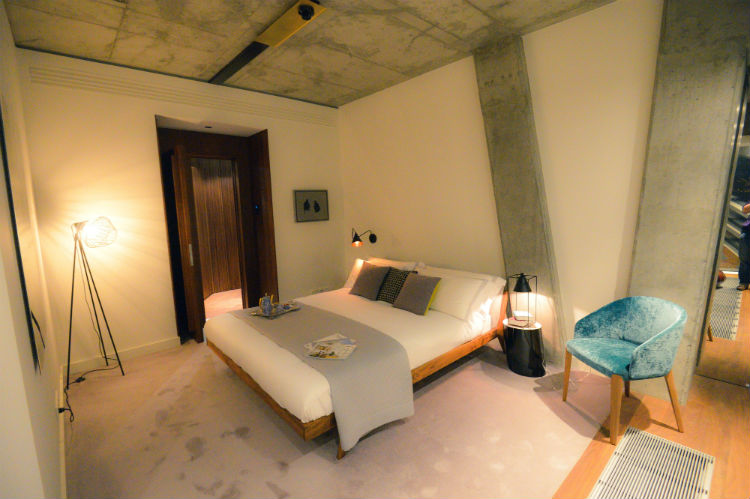 Instantly, there is a realization that the hype is not hyperbole. Words cannot convey the sense of wonderment. Each flat we view has been designed to exhibit a realistic, ‘lived-in’ look, and as such we walk awestruck through apartments kitted out by London firm Woods Bagot to create the impression of occupancy by a young couple, a bachelor and an older family: even the kitchens have been stocked to add depth to this illusion. 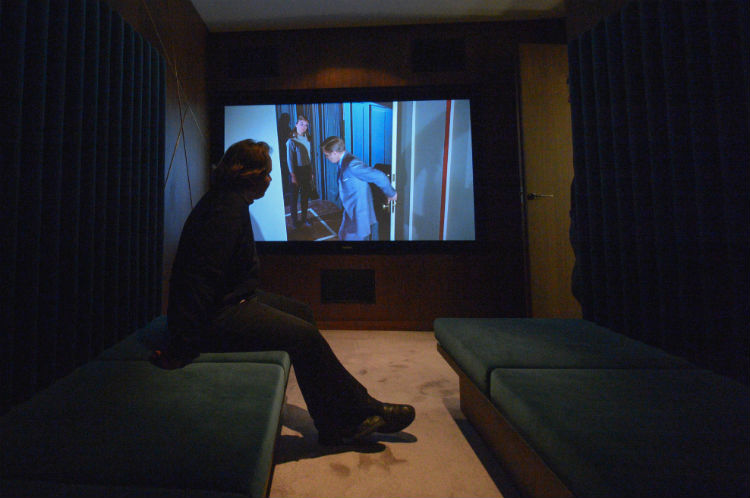 The finishes are extraordinary – kitchens are equipped with Gaggenau appliances, while Italian marble-clad bathrooms come complete with detectors that inform residents if so much as a millimeter of water falls out of the bath. In short, there’s no chance of being flooded by the wild celeb upstairs. The level of detail Paweł points out is exceptional – in one flat an overhanging oven light moves up and down at the flick of a button so as not to impede the view. 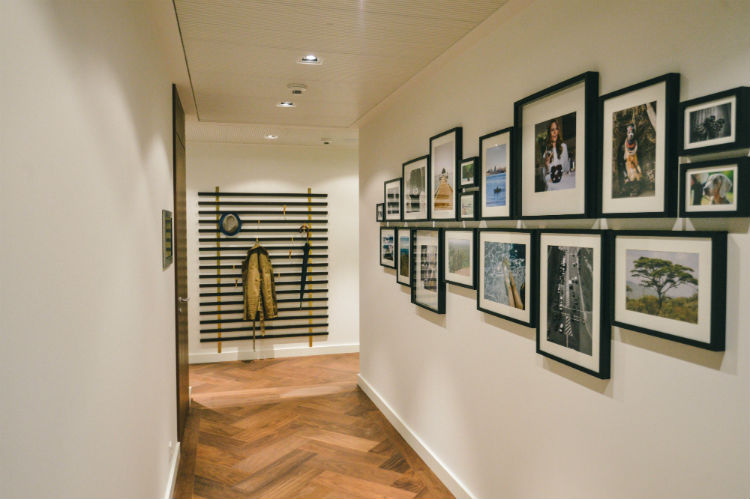 In all apartments, an electronic home management system allows habitants to communicate demands to the concierge (“walk my dog, and order a limo while you’re at it”), monitor bills and view comings and goings to the tower. And, with this management system downloaded to an iPad, households can control all that goes on in their flat via remote control. “So if you’ve forgotten to switch off the lights,” says Paweł, “you can do so with your iPad.” We nod, taking this information in. 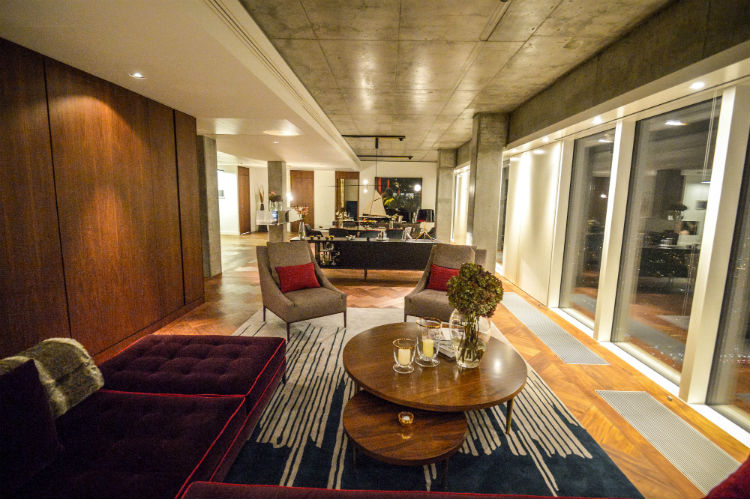 The styling is sublime. Raw concrete ceilings and pillars have been intentionally left as they are, creating a gorgeous look that mixes urban chic with practical considerations. As Paweł regales us with stories of this self-contained world that’s been created, we press our noses to the window, allowing the reality of the everyday grind to melt away – the toy town below doesn’t know what it’s missing. 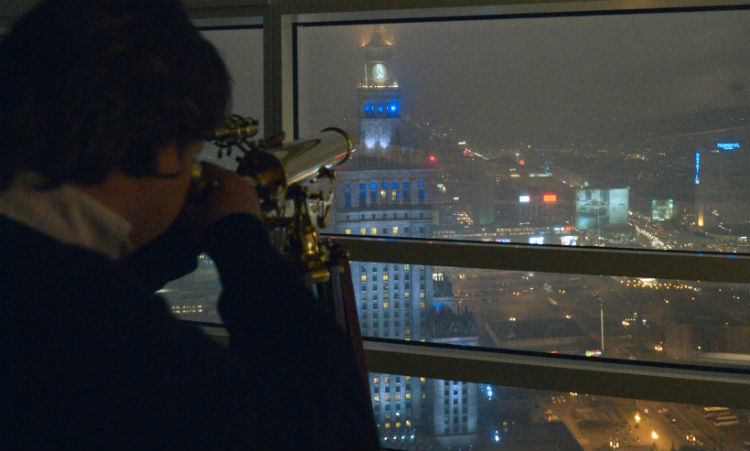