To refer to Elektrownia Powiśle’s Food Hall as being just simply that would be to play with understatement. Offering a truly international experience inside...

Join us for a seat with Alan Bohinski, the founding father of Philly’s Finest Cheesesteaks and Philly’s Famous Chicken…

To refer to Elektrownia Powiśle’s Food Hall as being just simply that would be to play with understatement. Offering a truly international experience inside a neon-lit, post-industrial interior, the choice leaves you staggered.

But more than options, visitors are handed authenticity, a point driven home by the presence of chefs / operators such as Alan Bohinski. Offering a combo of maximum meaty juiciness and drippy, cheesy goodness at his Philly’s Finest unit, we catch up with Poland’s king of cheesesteaks! 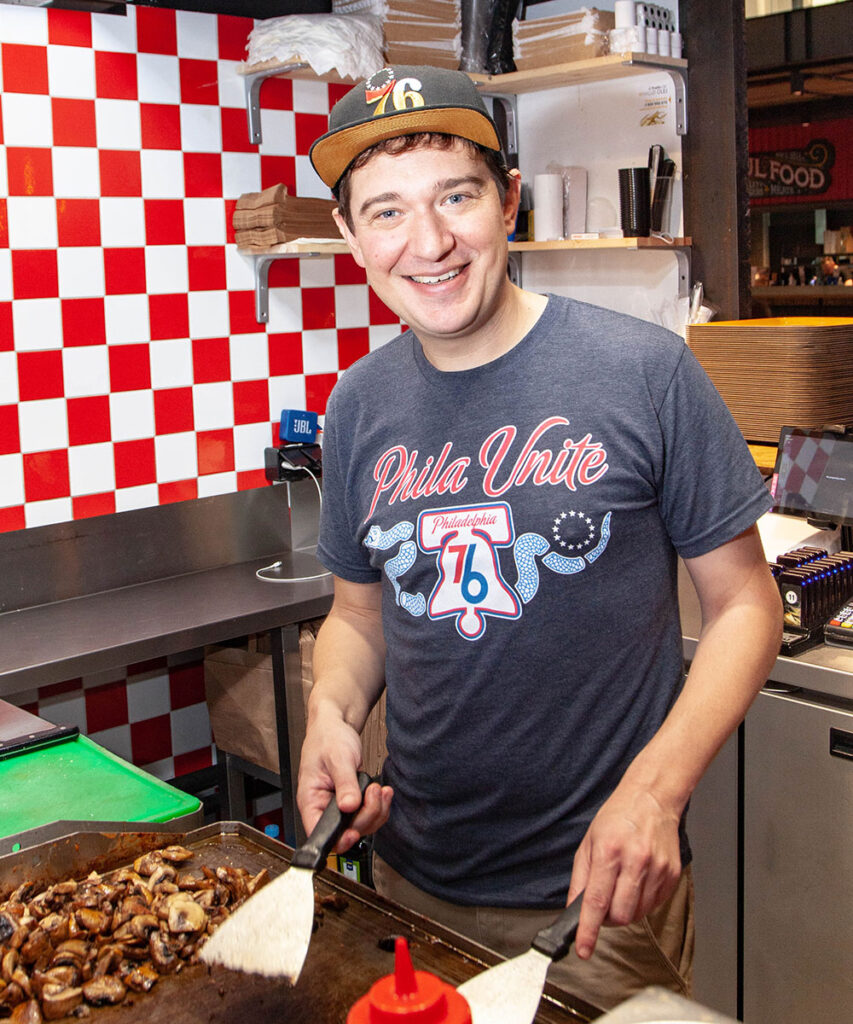 WI: You became Poland’s first dedicated cheesesteak joint when you launched – has it been difficult introducing an entirely alien food to the city?
AB: Yes! I think the first thing we had to do was to show that the cheesesteak was a sandwich in the American sense of the word: that is a hot, large, beefy, cheesy meal, rather than the snack-like kanapka that’s familiar to Poles.

Gotcha’. So anyway, what’s all the fuss about the cheesesteak?
If it’s done right it’s absolutely delicious. You need good ribeye and a nice oozy cheese. Moreover, it’s popularity is rooted in its simplicity. It’s not covered with loads of sauces or overwhelmed with veggies or weird stuff. 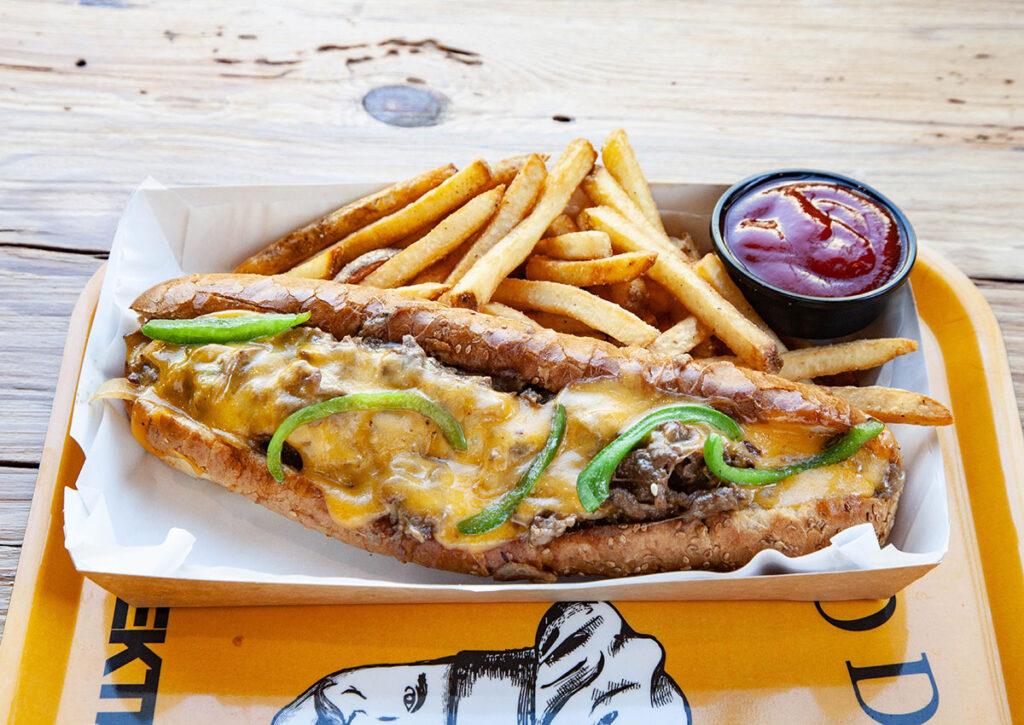 It’s a bit of a cult, right?
Definitely! It helps that this sandwich has a real identity based on a specific city and geographical region. It’s hard enough to find a genuine Philly cheesesteak outside the East Coast of the US, and that alone has helped earn it a cult status in the US.

So what goes into a typical cheesesteak…
The basic building block is the beef (and it’s gotta’ be thinly-sliced ribeye), oozy melted cheese (and lots of it!), grilled onion and a nice sub roll. Who doesn’t love that formula of beef, cheese, onion and bread!? 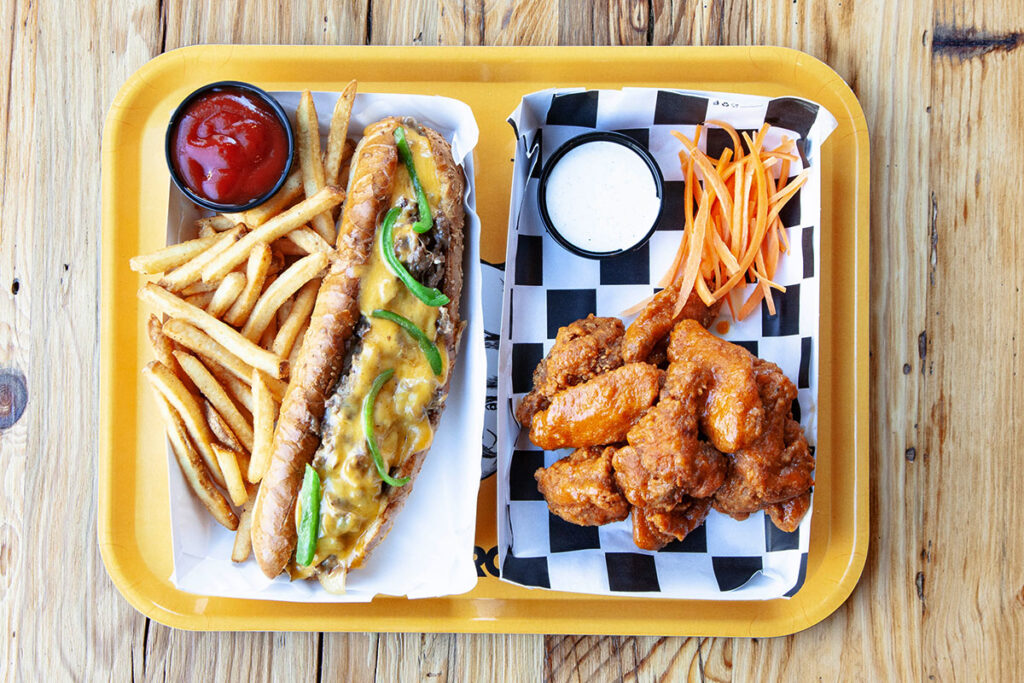 Easy!
No! As they say in Philly, you’ve got to TTP (Trust The Process). You need to get have the right beef, the right cheese and the right bread. But on top of that, it’s not like flipping a burger – you need to really be involved in the cooking process – under or over-grill it by thirty seconds and you’ve messed it up.

For some, this is the best hangover remedy on the planet! But when do you find yourself reaching for a soul-restoring cheesesteak?
Whenever I’m watching NFL or the Sixers – Philadelphians are mad about food, but they’re even crazier about their sports.

Cheesesteak aside, you’ve also launched a unit next door dedicated to chicken…
That’s right. It’s the true universal protein loved by everyone from toddlers to seniors. Importantly, it travels well and that really helps in this delivery age that we’ve entered. 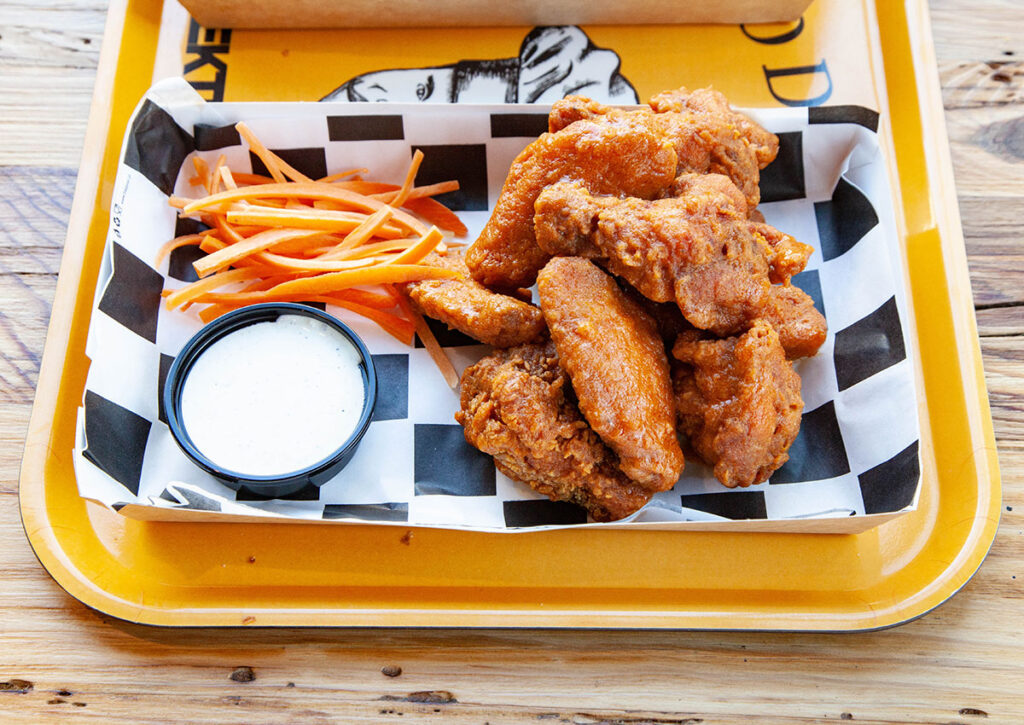 What’s your chicken secret?
Like with the cheesesteak, it’s about keeping it simple: marinate and season everything well and then focus on authentic sauces like Buffalo. There’s no need to reinvent the wheel when it comes to chicken.

American food is easy to come by in Poland – and Warsaw – but American chefs are a rarer sight. How important is that?
If you’re living in Chicago and looking for pierogi you’re going to search out a place where there’s a Pole cooking. Same rules apply with American food. I grew up eating 10 cent wings every Monday, as well as other street foods like burgers, cheesesteaks, etc. The US excels at those so my cooking is always trying to recreate those tastes of my youth. We’re not about innovation, we’re all about replicating those tastes of South Philly or Shamokin. 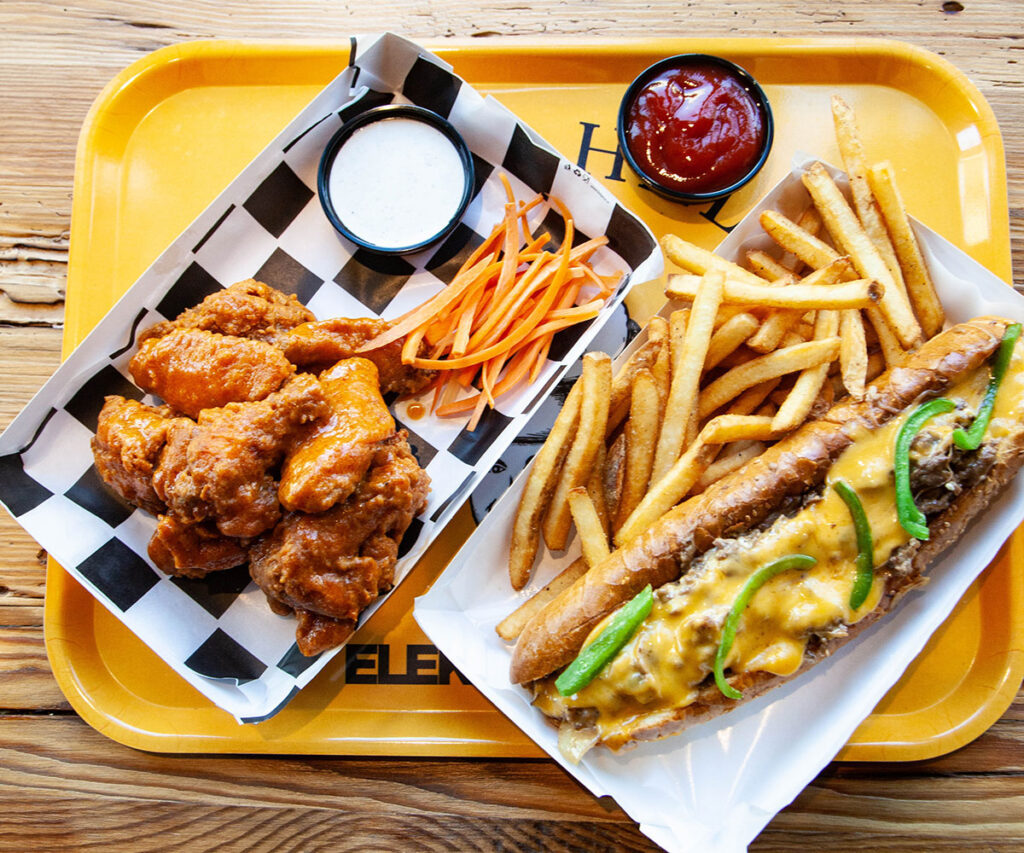