A one-to-one scale replica of Łazienki Park’s Palace on the Isle stole the show at Sapporo’s annual Snow Festival after being unveiled as part of celebrations held to celebrate the centenary of Polish-Japanese diplomatic relations. 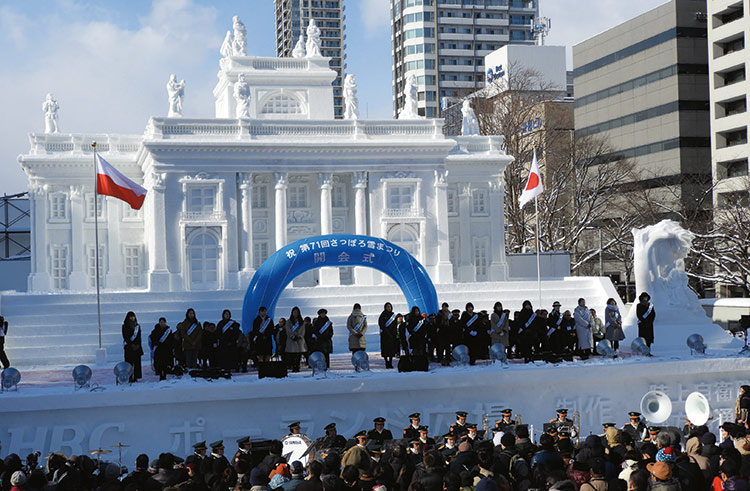 Carved entirely from ice, it took 100 soldiers just twenty-eight days to recreate the 17th century Warsaw landmark; forming part of a ‘Polish square’, the sculpture was joined by a similarly elaborate icy reproduction of the park’s Chopin monument. Held annually since 1950, the two week spectacle attracted around two million visitors with this year’s event presenting around 200 ice sculptures in all.