Whether you’re looking for a full recharge over the holiday season, or just fancy a change of scene away from Warsaw, we sort through the best options out there… 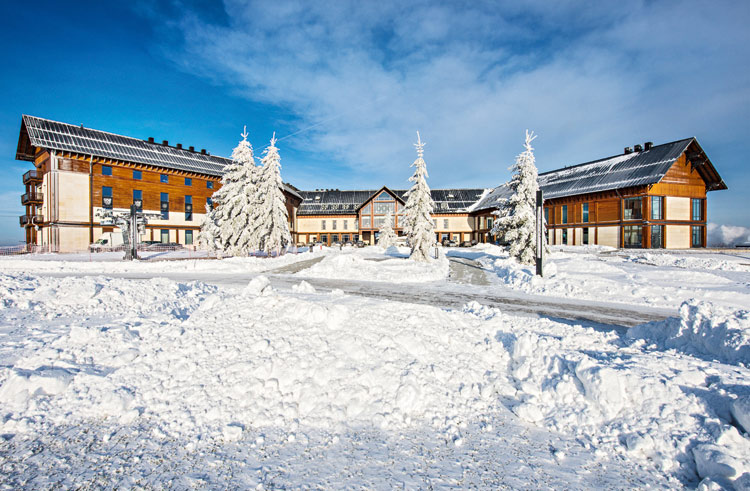 Not a bad life being a political big cheese in communist times: the privileged few got to stay in places like Arłamów, a hideaway that was so secret that all mention of it was removed from maps of Poland. Back in those days, lucky visitors may have bumped into guests like Tito, or members of the Cuban harem that was kept on-site to gratify dignitaries. Just think of poor Lech Wałęsa, he spent six months imprisoned here after Martial Law was declared in the 80s.

While it’s been revamped since those days, the approach remains the same: down a hair razing road that dips then rises dramatically before concluding at the foot of this vast complex. From afar, the sheer scale of Arłamów makes it the ideal location for a Polish remake of The Shining, though inside its anything but creepy. A massive bout of investment has endowed it with a rich stockpile of facilities: shooting ranges, an indoor equestrian center, ski complex and a swimming pool / wellness area with swooning views of the Bieszczady Mountains. Gadzooks, the place even has its own landing strip and power station. The perfect pad for a Bond baddie, its simply got to be seen to be believed.
Arłamów, arlamow.pl, doubles from zł. 320 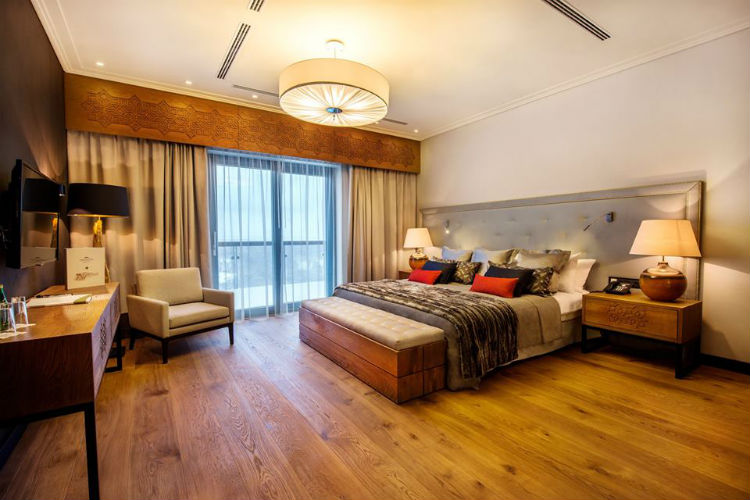 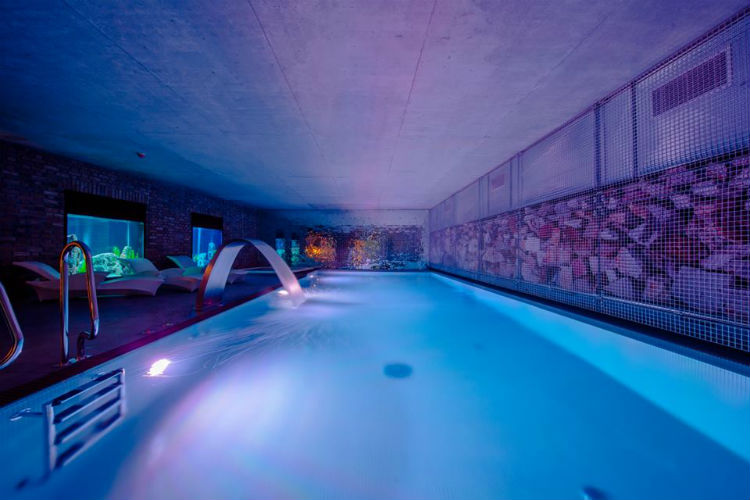 If you think of money as something that grows on trees, then a weekend in Hotel Alter’s Piotr Boniecki’s suite is a must. This 88 sq/m splurge comes with its own fireplace and the kind of bathroom you’d see in a Kanye West vid. The other rooms ain’t habby either. Connecting the past with the future, this is a world class design that’s full of pristine parquet, cherry wood veneer and buffed brickwork.

It’s a visual pleasure, but also a spiritual one as well: descend down to the medieval cellars to soak up the holistic ambiance of the wellness center, a beautiful area whose most striking feature is a narrow swimming pool replete with a water curtain and geyser. You emerge brand new.

But the best thing? All this is in Lublin’s old town, an area of wriggly, cobbled streets and chocolate box tenements. Seen on a frosty night, with snowflakes tumbling down, it all feels preposterously romantic: muffled against the chill, with distant laughter pouring from fogged up bars, Lublin is a thrilling moonlight walk that’s full of Christmas spirit. “Maybe,” you find yourself thinking, “there’s enough left on my Visa for just one more night…”
ul. Grodzka 30, Lublin, hotelalter.pl, doubles from zł. 550 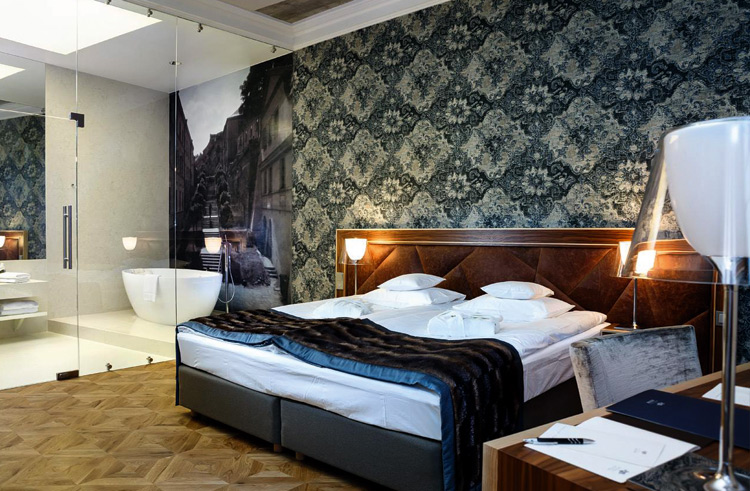 As candidates for a festive break go, they rarely get more unlikely than Gdynia. But that’s part of the point. If it’s a full recharge you’re after, then consider the Quadrille. Book their 3-night Christmas package (zł. 2,840 per couple) and they promise in return “no Santa, no noise, no kids activities – just delicious food, good vibes and full relaxation.” It’s no surprise to find them opting for something a little different. Set in its own manicured parkland, this onetime stately home has been reinvented as a luxury getaway and spa with an Alice in Wonderland motif. Completely unforgettable, Quadrille’s playful design is a hallucination you’ll never want to end. Yet for all the white rabbits and underground tunnels, the underlying point is dead serious: this is a place where guests want for nothing.
ul. Folwarczna 2, quadrille.pl. doubles from zł. 320 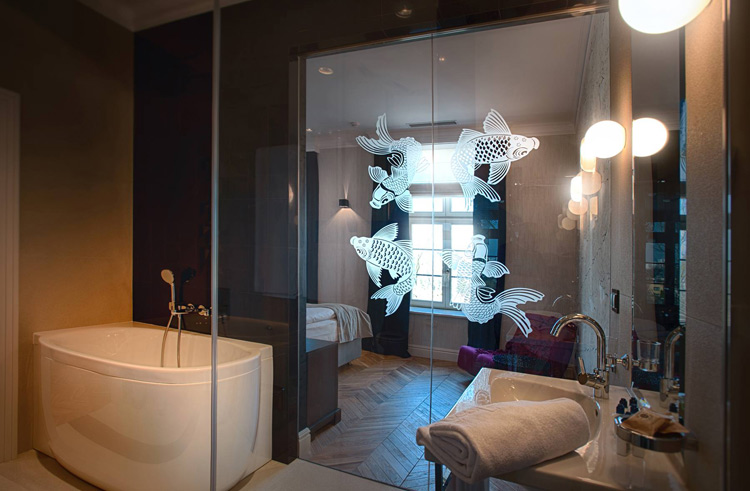 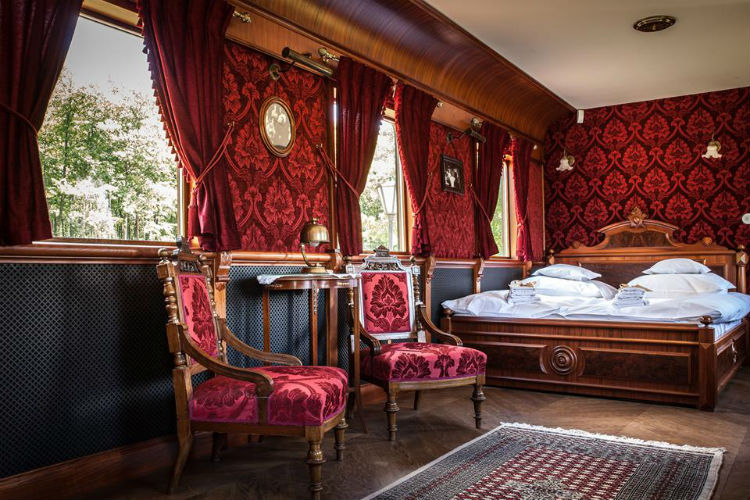 So it’s something out of the ordinary you’re after, yes? Then how about reviving the era of Tolstoy and the Tsar? Once a favorite hunting area for Russian royalty, in 1903 the decision was made to construct a wooden train station at Białowieza Towarowa specifically to meet the travel whims of Tsar Nicholas II. His last recorded visit came in 1915, and while the station managed to survive the tribulations posed by both war and peace, it wasn’t until the structure’s centenary year that it was given an overdue grooming. Sometimes, though, these things are worth the wait…

Remodeled as a hotel and restaurant, the results are everything you imagine and a tiny bit more: a steam engine sits on a rail siding, it’s adjoining saloon wagons repurposed as wood-paneled accommodation with claw-footed bathtubs; a nearby water tower houses two apartments, their voluptuous decorations involving heavy wood beds and portraits of beady eyed monarchs. Immersed in all this history, it’s not difficult to imagine Anastasia herself gliding into the ornate main hall.

If it stopped there you’d be happy, but it doesn’t. The restaurant is a standout, its menu a celebration of local catches and big gamey dishes, while the Russian ‘banya’ is best enjoyed with a group of friends and a vodka or three. After, take in the surrounding forest and wildlife on a sleigh ride, and then return for an open-air fire and a spit-roasted boar. On returning to Warsaw, the tendency is to pinch yourself: “did all that really happen?”
Stacja Towarowa 4, carska.pl, doubles from zł. 360 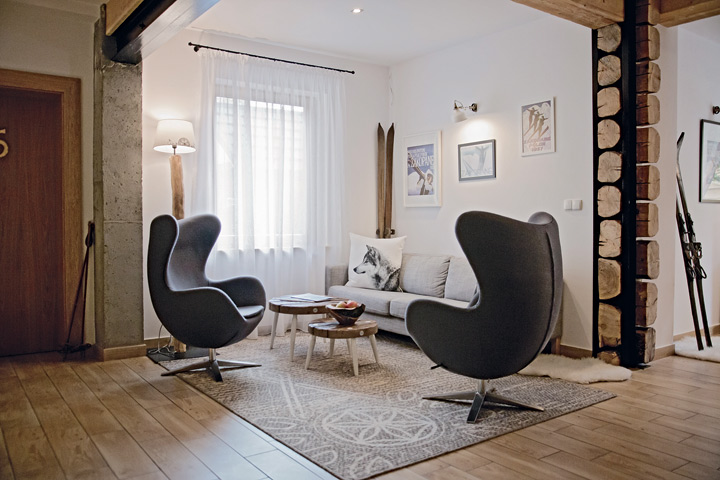 Nothing says winter in Poland more than a trip to Zakopane. Krupówki, the sloping pedestrian street that cuts through town, is the big must-see, even if the touristy stampede can prickle at your patience. Away from the herd, a more sophisticated side to this ski resort reveals itself in Villa 11. Occupying a pretty wood-framed chalet, the good taste on display consciously abandons the hackneyed banality of the town center. The unique identity of the Polish Tatra mountains is left intact but given an updated look: lots of folksy patterns and heavy blocks of wood but presented in a way that’s light and fresh – modern while never feeling anything but genuine and organic. Mostly though, Villa 11 is a place that warms the soul – at times, quite literally. Toast yourself in the Finnish sauna and then chill down in the soothing relaxation zone. Retreating to your room, the sense of decompression is completed by ample balconies that – if you’ve requested so – stare out onto the rugged peaks of the snow-coated Tatras.
ul. Broniewski 11, villa11.pl, doubles from zł. 250 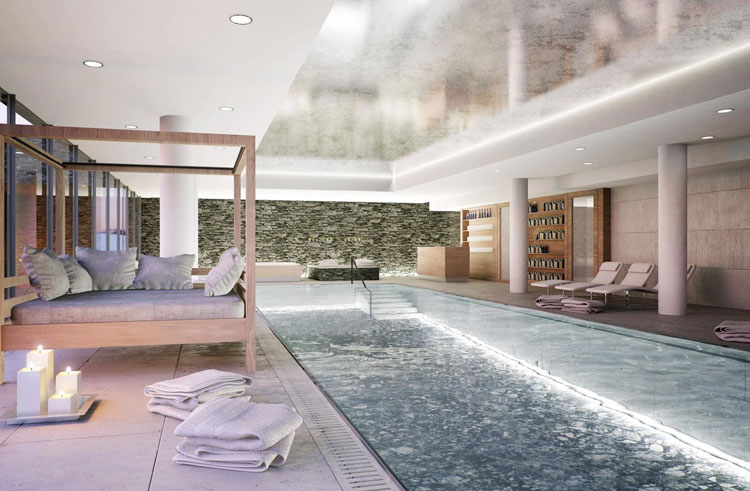 A place of stooping townhouses and curving canals, there are times when Wrocław feels like it was made of magic. This is never truer than in winter, when one of Poland’s best Christmas markets takes over the old town. Browse the wooden cabins for mittens, gingerbread and things you don’t need before ordering piping hot wine and sausages from any number of stalls: it’s the very definition of festive. So what rotten luck then that Wrocław fails dismally when it comes to atmospheric hotels. Yes, there are stylish stays aplenty, just not many that capture that special essence of the season. Zamek Topacz saves the day. Set twenty minutes from the center, this complex has benefited from a recent spruce; rooms are dapper and warm, but forget all that, the pull here is that you’re staying in a castle. A castle! Granted, it’s not the kind of creaky Gothic monster you may wish for, but nonetheless it’s a stately pile of sprawling lawns and charming little alcoves (one of which houses a vintage car museum). And it’s fully geared for Christmas, with three day packages that include celebratory dinners and an outdoor bonfire.
ul. Głowna 12, zamektopacz.pl, doubles from zł. 230 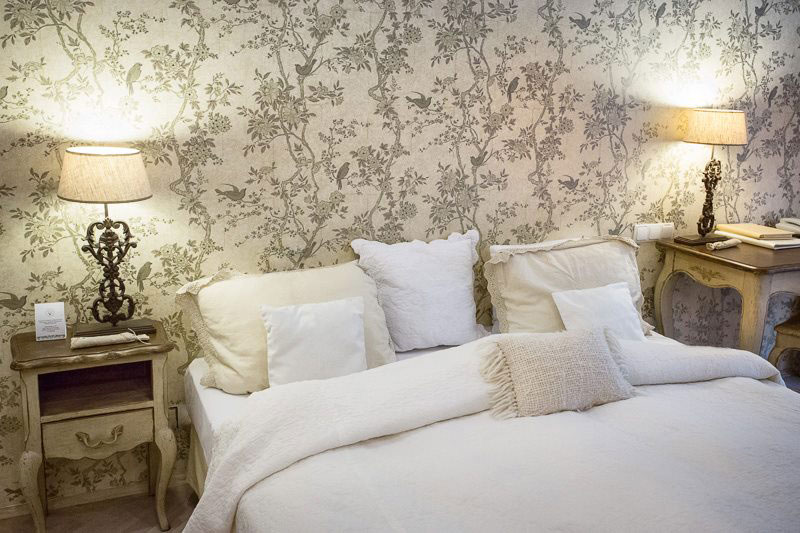 Plopped in between the Wisła on one side and a steep gully on the other, it’s easy to see the appeal of Kazimierz Dolny. Once a wealthy merchant town, the Kazimierz of today prospers thanks to a tourist industry reliant on wealthy Varsovians out for the weekend. They’re here to enjoy a majestic little town that bristles with ornate burgher houses and renaissance trimmings. The crowds, which at times threaten to sink Kazimierz, thin out in winter, making it the best time to visit – savor postcard perfect views from the castle hill before returning to the Vincent, a charming guesthouse with a Provence-style spirit. Rooms are a vanilla white affair, and have a boutique, Laura Ashley accent that’s just ideal for an evening spent tucked up in bed with a bit of Christmas reading. As tempting as it is to stay holed up for the rest of the night, extract yourself and head downstairs to the restaurant and bar. Trained by Wojciech Amaro, Warsaw’s very own Michelin starred demi-God, the chefs here have created a cracking little menu with a contemporary spin. But hold it right there! Before you finish, remember it’s almost obligatory to leave a tiny little morsel for Josephine, the bushy Maine Coon that prowls between the tables like a snooty pampered brat. With the cat appeased, settle in for a night of wine and conversation in this warm, winter cranny.
ul. Krakowska 11, pensjonatvincent.pl, doubles from zł. 160