The Kings Of Craft! | Warsaw Insider

The Kings Of Craft!

bars25 craft beer152 drink3 nightlife290
Supporting the craft industry does not mean putting others at risk: remember, keep your distance, wash your hands and be good! Artezan Pub ul....

As Warsaw's pubs brace themselves for a new round of restrictions that promise to take many to tipping point, join us to celebrate the city's craft beer warriors!

Supporting the craft industry does not mean putting others at risk: remember, keep your distance, wash your hands and be good! 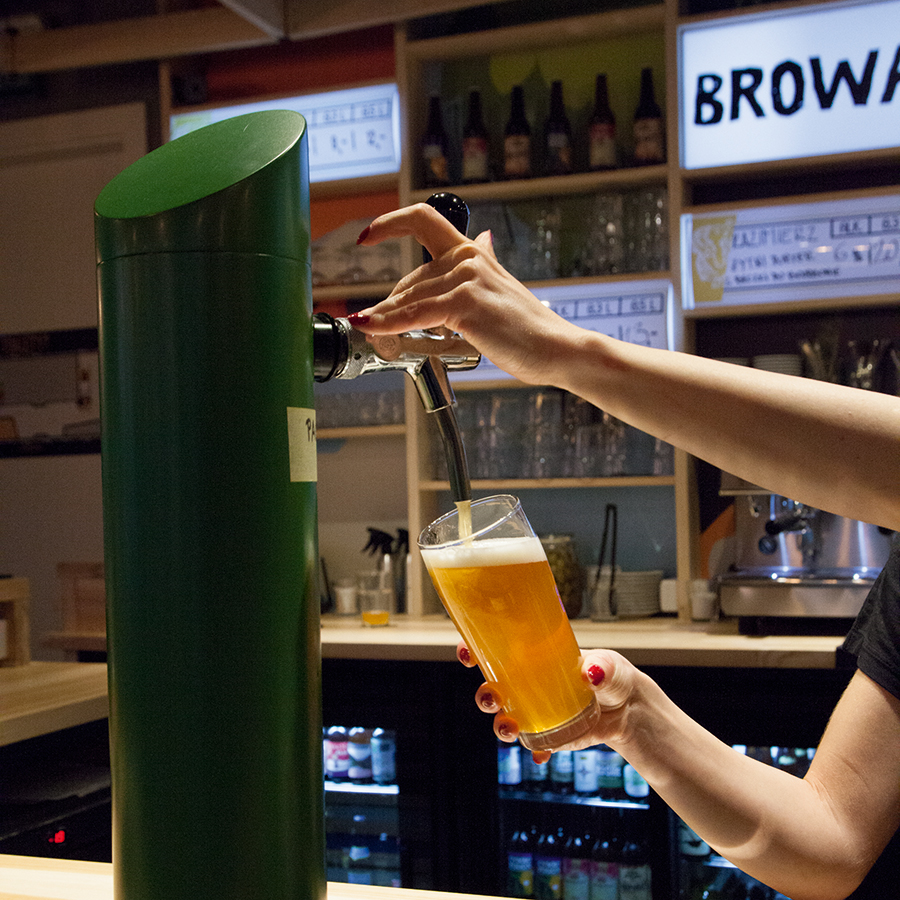 Artezan Pub
ul. Moniuszki 1A
The country has crazier breweries for sure, but does it have anyone more consistent than the lads at Artezan. Famed for their Pacific – the quintessential domestic IPA – Artezan’s flagship bar is a standard bearer not just for quality, but for Poland as a whole: enjoy the full scope of their portfolio inside clean cut, Scandi-style interiors that make the best of an office block location. 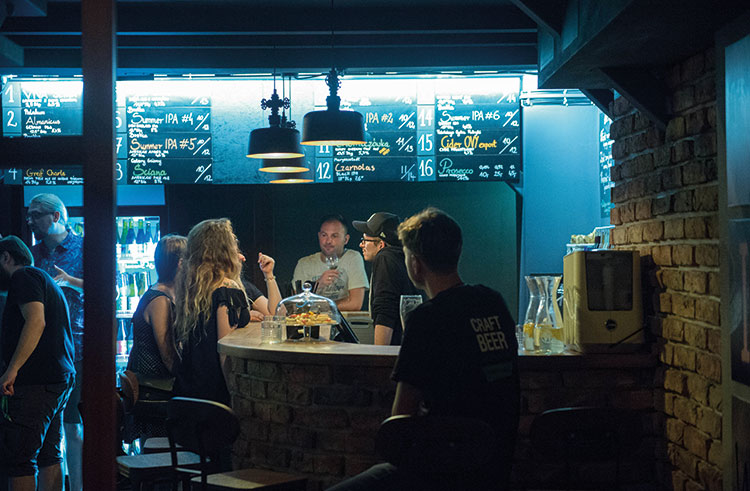 Craft Beer Muranów
ul. Andersa 23
Humble and unpretentious, CBM’s rising stock has been reflected by their growing reputation as one of the finest tap bars with a suburban postcode. Split over two levels, as basic as the aesthetic is (screechy chairs and some murals that reference the brewing process), it’s an atmosphere that feels warm and clattery and like a local pub should. Deserving credit for their consistency (a dodgy pint is totally unheard of), look to CBM’s sixteen taps for often renegade beers that push frontiers. 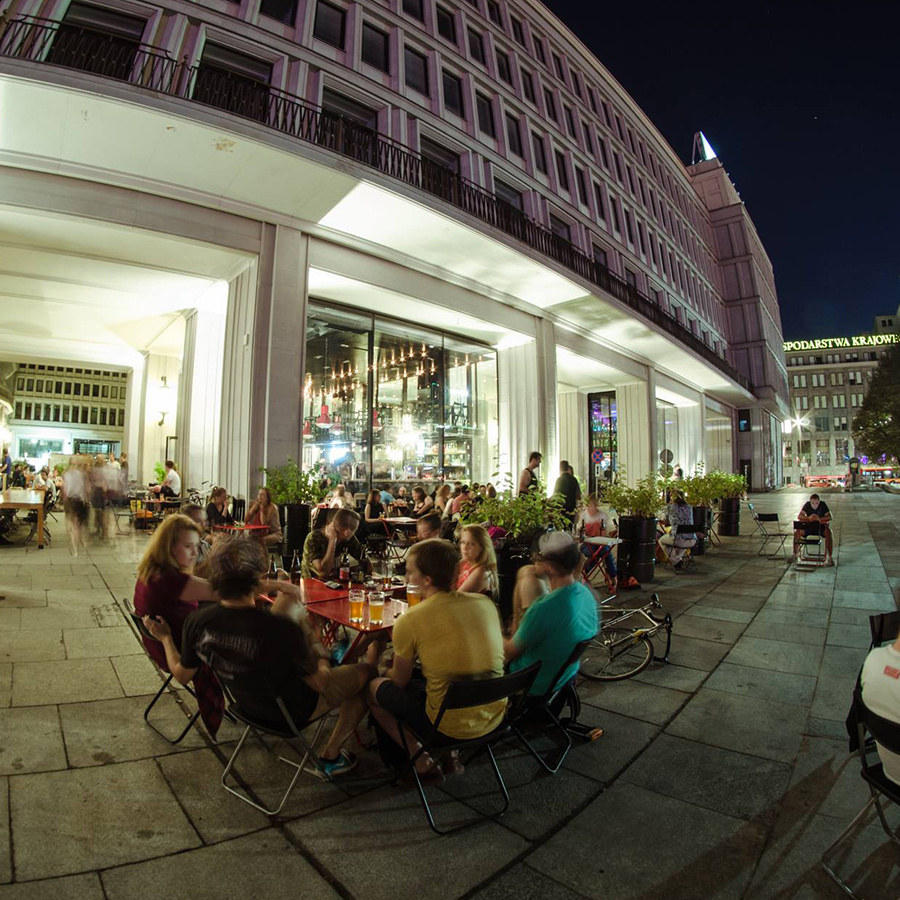 Cuda Na Kiju
ul. Nowy Świat 6/12
Opened in 2013 (gosh, that long!?), Cuda’s 33,000 Facebook fans are a testament to the popularity of Warsaw’s first bona fide tap bar. Drink outside on a deck-chaired terrace or inside a modern glass cube built into a scary, blockish building that once housed the HQ of the Poland’s commie party. 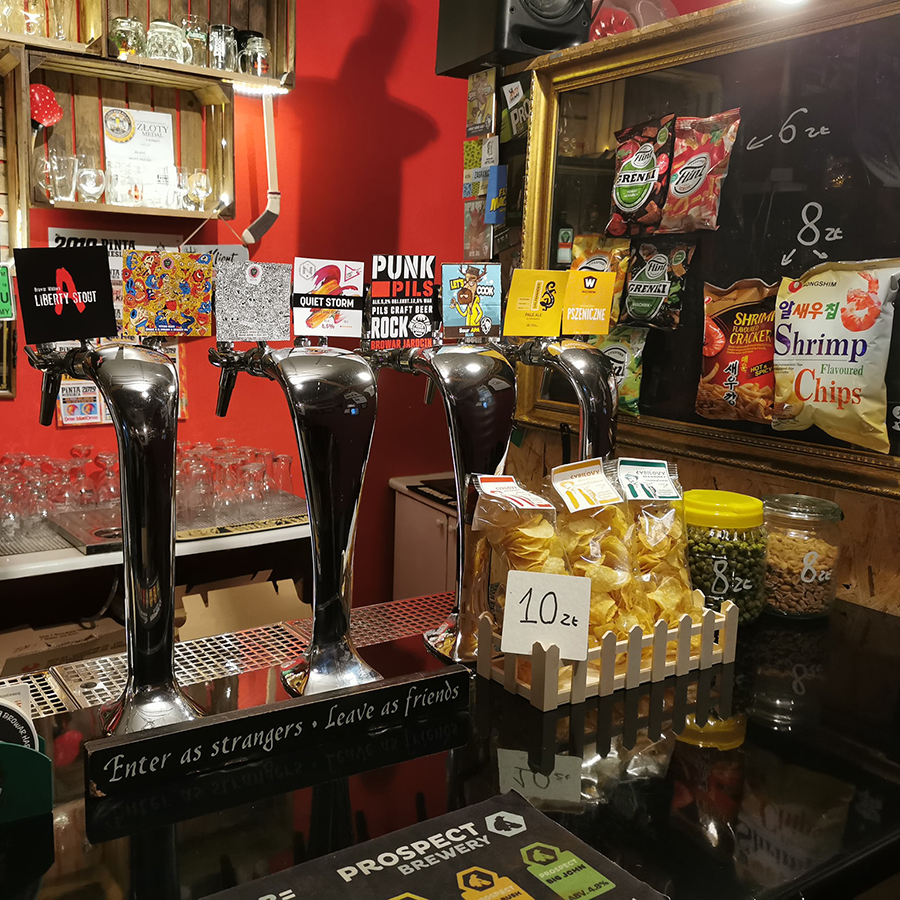 Cześć
ul. Grzybowska 2
It started out as a café, but now Cześć is better known as being at the forefront of the city’s new generation of ‘quali-tap’ bars – small little places with six or so beers on the go. The two owners, Piotrek and Kuba, take their beer seriously, so do expect plenty of new finds as well as traditional favorites from stalwarts like Artezan and Pinta. 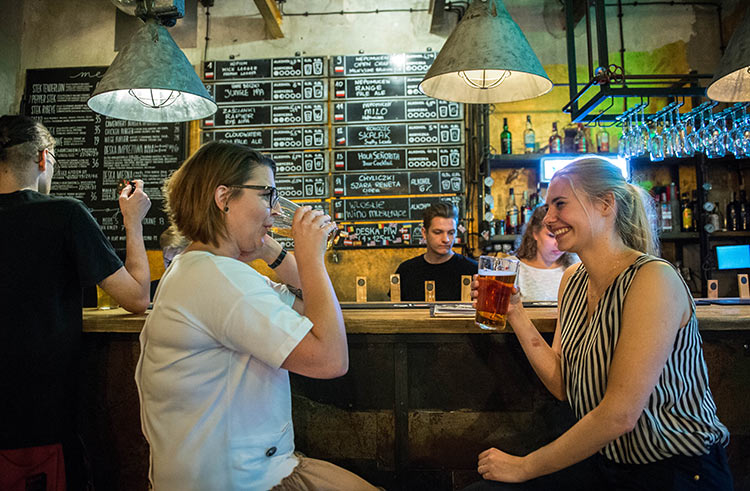 Drugie Dno
ul. Nowogrodzka 4
The natural start point to any Nowogrodzka pub crawl, drinkers head to The Double D for a space that conjures to mind a disused power station: sporting rugged brickwork and a scuffed style, the neo-industrial look is ramped up with the liberal use of steel girders, vintage voltage meters and toilets disguised as elevator shafts. There’s sixteen taps to drink through, with many of them offering extreme drinking solutions from Europe’s most radical breweries. Looks great, tastes great, a factor that ensures a male-to-female ratio that feels roughly equal. Smaller, but also worth a look, Drugie Dno Ochota (Tarczyńska 5/9) is also well worth your time if you’re headed that direction. 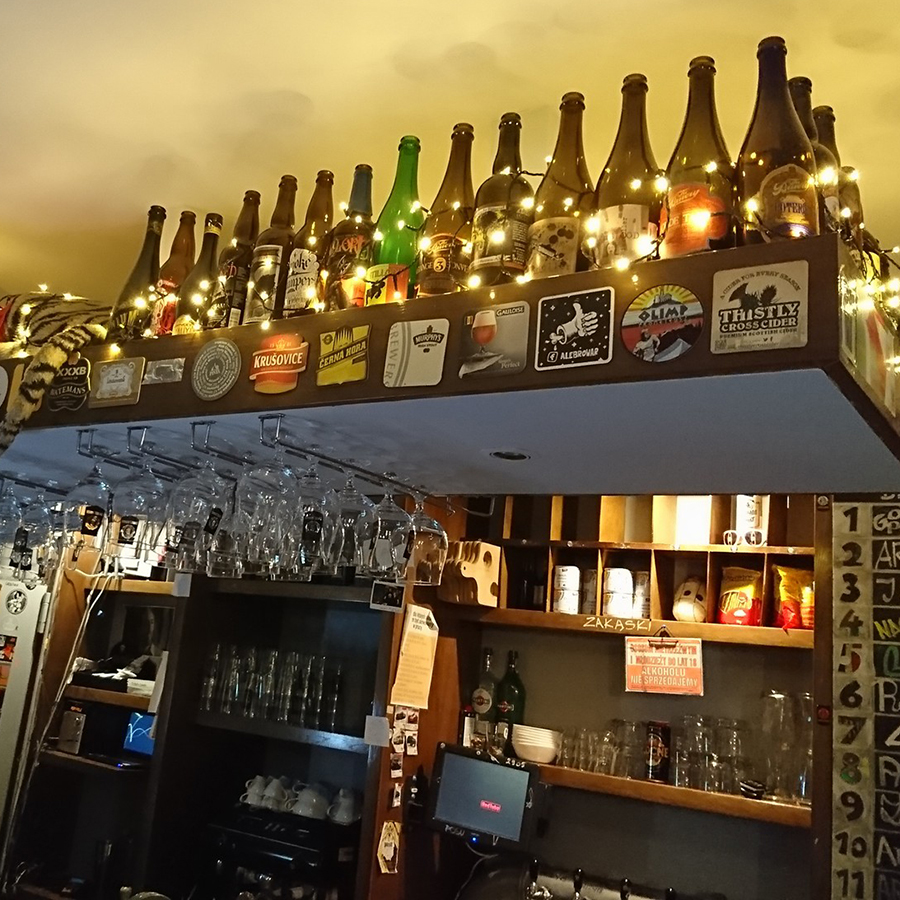 Chmielarnia
ul. Twarda 42
Musty, muggy, murky. Plunge the basement depths of the fishing institute to discover Chmielarnia, a subterranean tap bar where artisan beers rule the roost: check the ‘glass tomb’ filled with mainstream macro lagers to shudder at what we once drank before the piwolution came about. The bar gets loud and rackety, sweaty and sticky, and seems especially popular with geeks and know-it-alls discussing their beer’s ‘finish’ and ‘nose’. 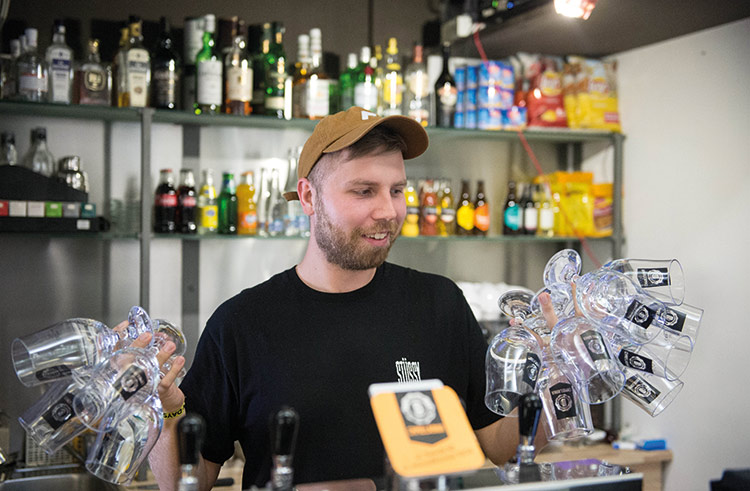 Chmielarnia Marszałkowska
ul. Marszałkowska 10/16
Points are earned by whoever thought to add an Indian menu, while other pluses are awarded for a fridge housing exciting brews trending around the globe: from mega cool Bermondsey breweries to Scandinavian stars, it’s a place you feel actually broadens your horizons: and in that respect, it helps that the staff are happy to share their knowledge and talk for days about the beers. 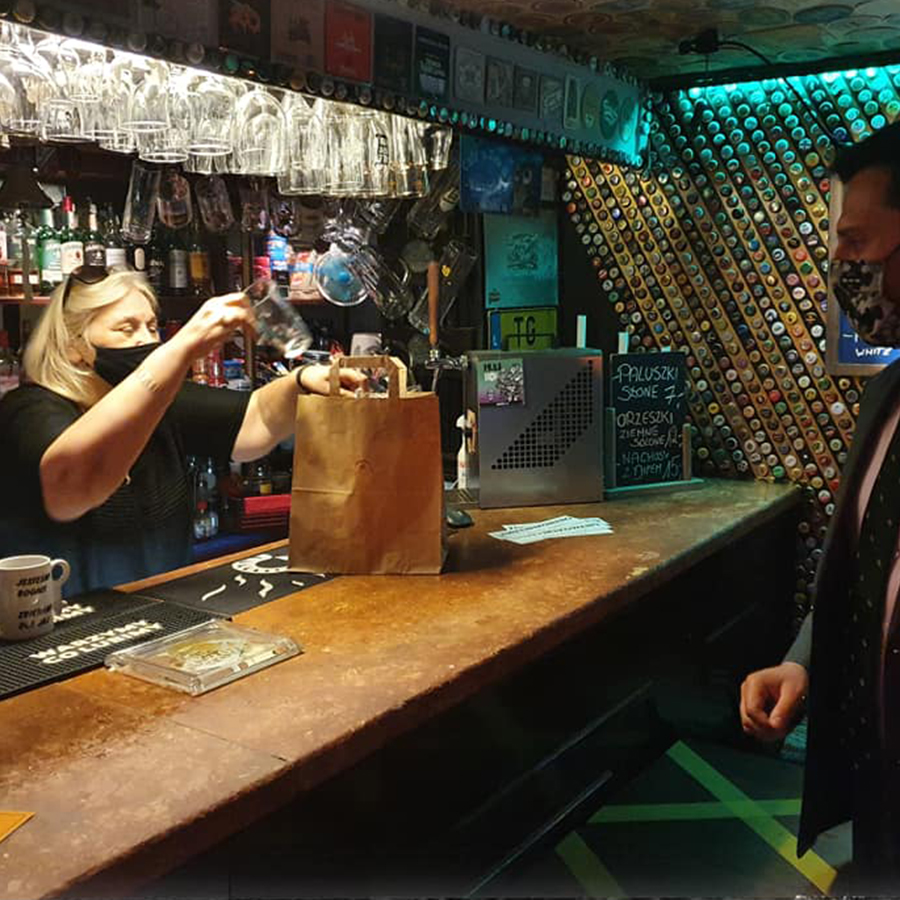 Gorączka Złota
ul. Wilcza 29
GZ is the antithesis of the slick bars that Warsaw has embraced. Therein lies its charm. Oblivious to wider trends, there’s nothing faddish about this pokey bar and it’s this feeling of neighborly normality that its ardent band of regulars hold dear. Seen from afar as a greenish glow, that warming sense of home is especially pronounced during winter’s long, murky nights. But beyond all that, what really holds it altogether is that this bar is simply the place for an exceptional pint. A bad scoop is inconceivable. 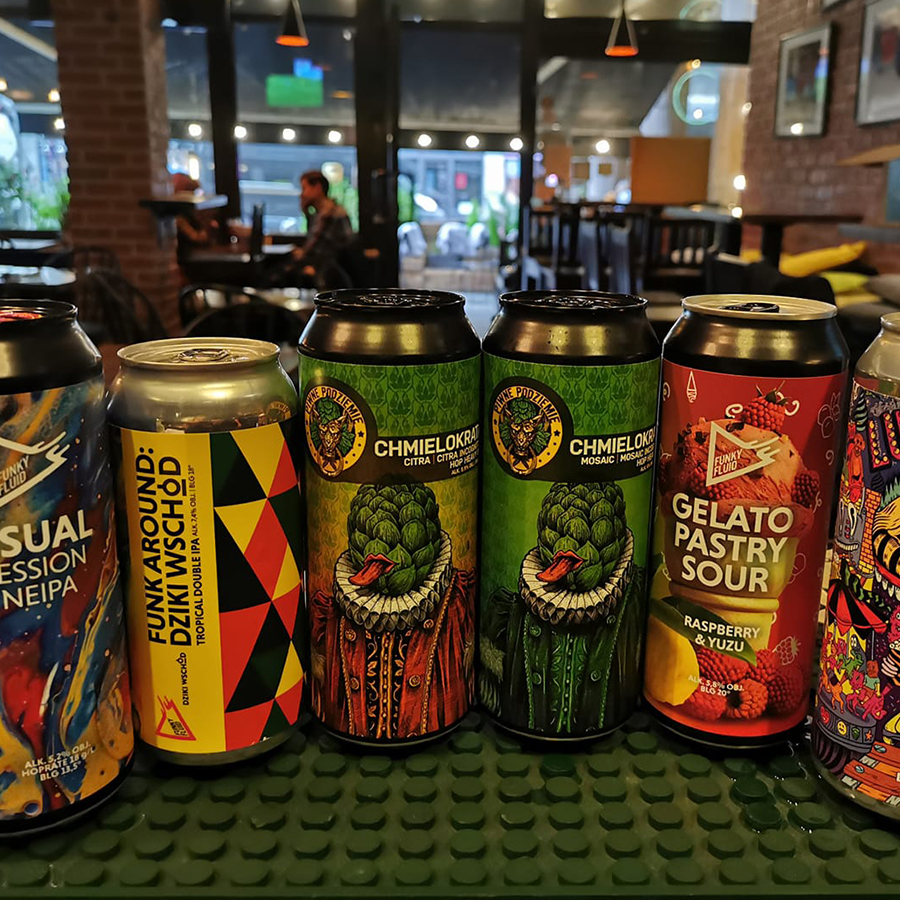 Hoppiness
ul. Chmielna 27/31
You’re in safe hands here – opened under the patronage of the Pracownia brewery, this small-scale operation goes beyond merely offering the beers of its sponsor. There’s 12 taps in all, a decent fridge to geek over and a captive crowd that feels way more mixed than that found in some of Warsaw’s other big hitters. 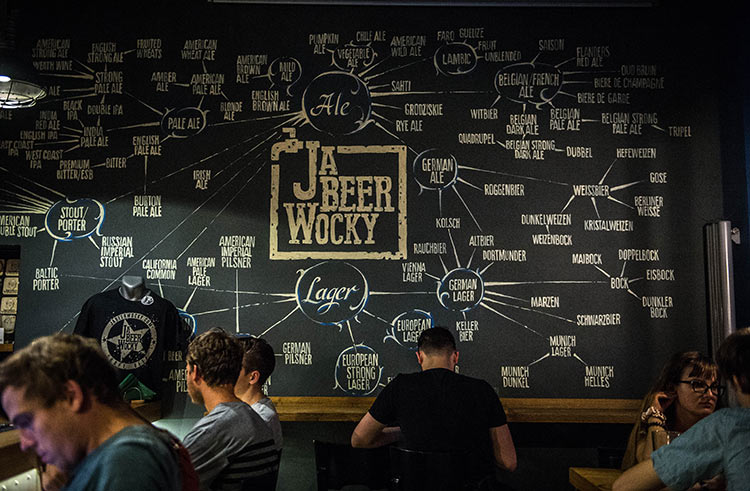 Jabeerwocky
ul. Nowogrodzka 12
Drowned in boisterous babble and general pub racket, the affable Jabbers is home to what most rate as the most adventurous choice of craft beer in the city: pioneering international breweries are well represented, but don’t overlook the sensational drinks produced by Jabeerwocky’s very own master brewer. From Warsaw’s rich array of craft choices, there’s many that rate this joint as the No. 1 pub in the city, something reflected by the crowds that descend once the calendar strikes Friday. 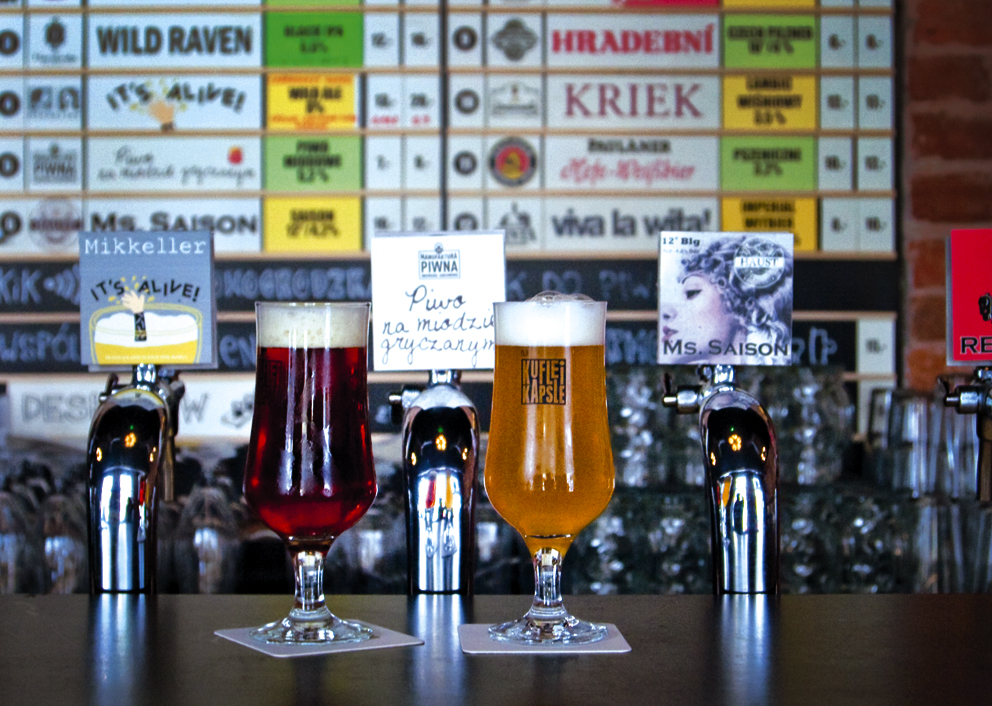 Kufle i Kapsle
ul. Nowogrodzka 25
Found somewhere round the top of Warsaw’s hierarchy of craft beer bars, Kufle welcomes all, from entry level novices taking their first faltering steps into the craft world (yeah, they’re the ones holding up the line asking half-witted questions) to note-taking nerds conducting research for their blogs. Interiors are respectful of the building’s pre-war heritage and are thick with noise, clamor and the reassuring smell of spillage. Especially radical are the beers in the fridge, so it’s one of life’s great shames that it’s nigh on impossible to peer inside. 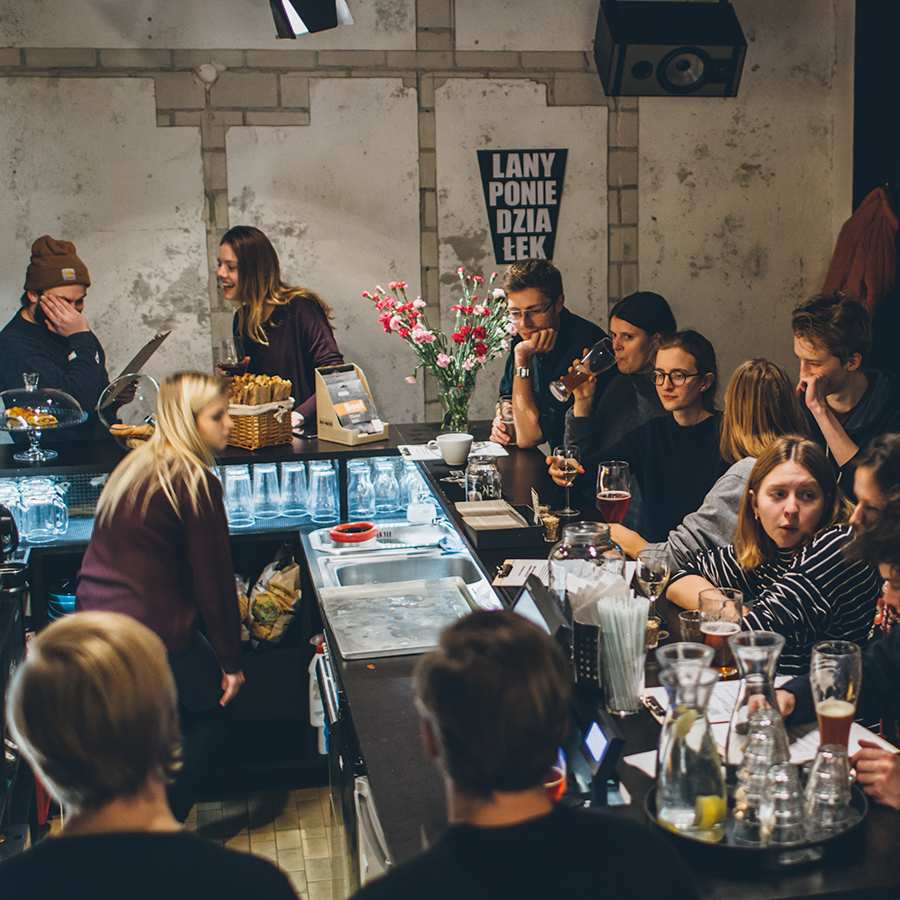 Kufle i Kapsle Powiśle
ul. Solec 46A
Doing it in a way that feels shabby, gritty but yet totally cool, this is a bar that riffs on themes of industrial and retro to maximum effect. Ground floor: a small bar area with a secret strip of seating snaking back behind; upstairs, the kind of retro furnishings last seen when Brezhnev was wearing shorts. On tap, find a fluctuating choice of 12 crazy beers sourced from the kind of breweries that make Poland seem progressive. 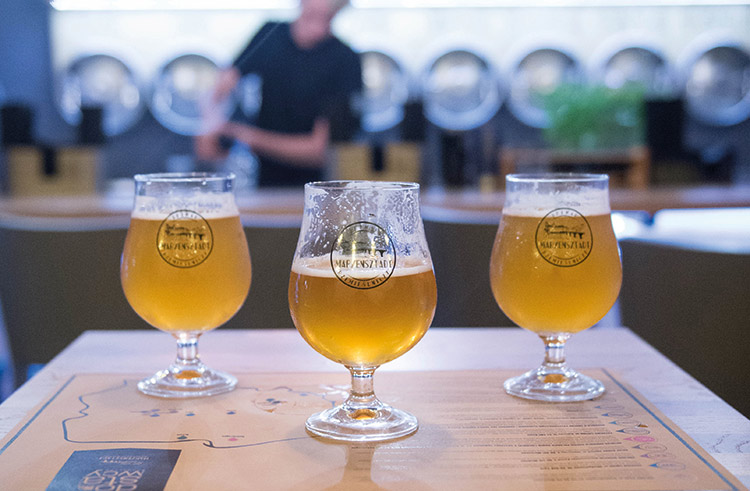 Maryensztadt Craft Beer
ul. Szeroki Dunaj 11
Just round the corner from the Rynek, Maryensztadt occupies a lesser-known charming, cobbled corner of the city’s Old Town that feels aptly serene and picturesque. As a craft brewery, Maryensztadt have continued to expand their portfolio and the proof comes via the increasingly adventurous choice to be discovered at this bar. 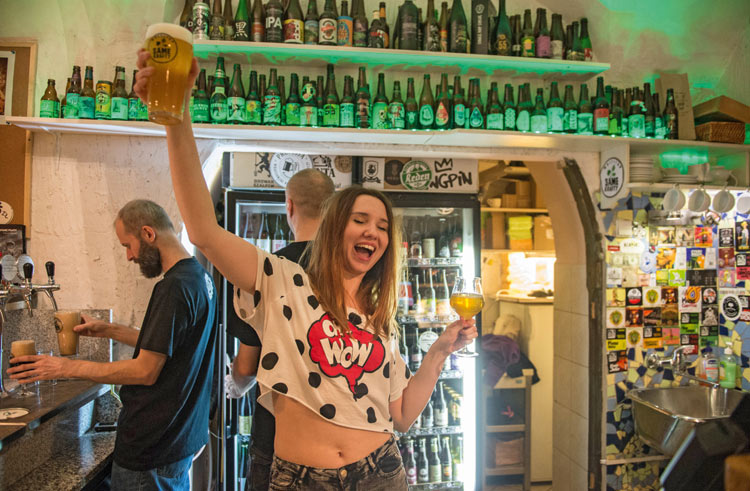 Same Krafty Vis-à-vis
ul. Nowomiejska 11/13
When it comes to pubs, Same Krafty tops any Old Town hit list, but try getting served at peak drinking time. No problem, head five meters opposite to Bar No. 2. Pass under a dragon’s head before stepping into a supremely friendly room with ten taps, a strong bottle line-up and an atmospheric side chamber. You will find tourists, but even before Covid, it was the locals that were the majority: a telling indicator that says much for their general approval rating.