Conducting a headcount of new or emerging skyscrapers is one way to judge Warsaw’s progress. But on ground level, there’s just as much action occurring in the old pre-war factories that stud the town… 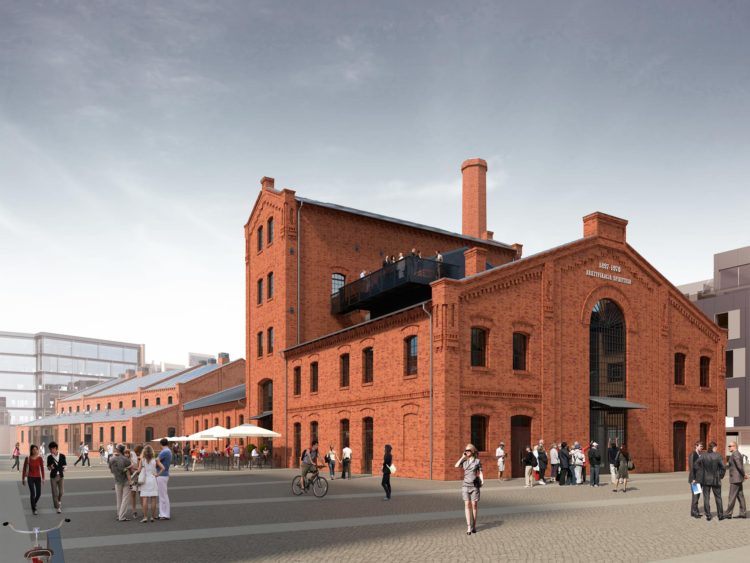 Koneser
Entered via a set of hyper spooky Neo Gothic gates, the exciting surrounding Praga’s Koneser complex is palpable. Built in 1897, for years it housed Warsaw’s premier vodka distillery. Originally, its remit was to keep the 120,000 Tsarist troops stationed in Warsaw supplied with their daily vodka ration, but with German troops advancing on the city, in October 1915 the nuclear option was taken and over ten million liters of vodka were poured into the street outside to prevent the Germans from getting their claws on it. 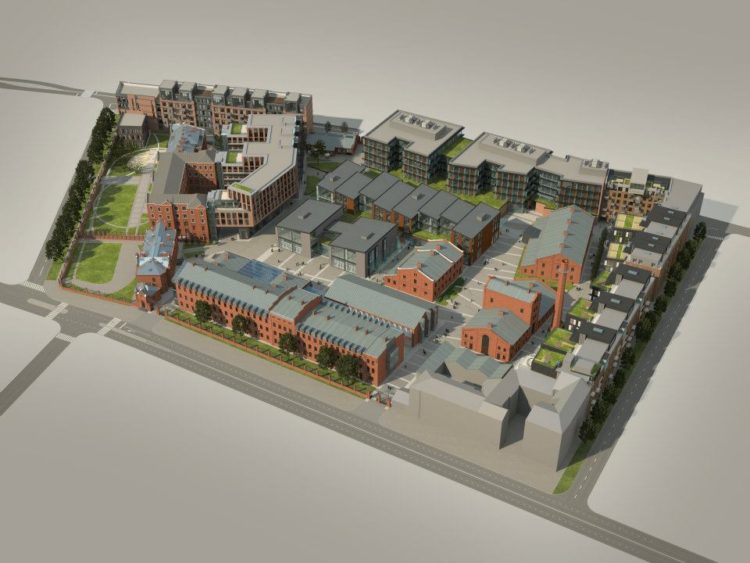 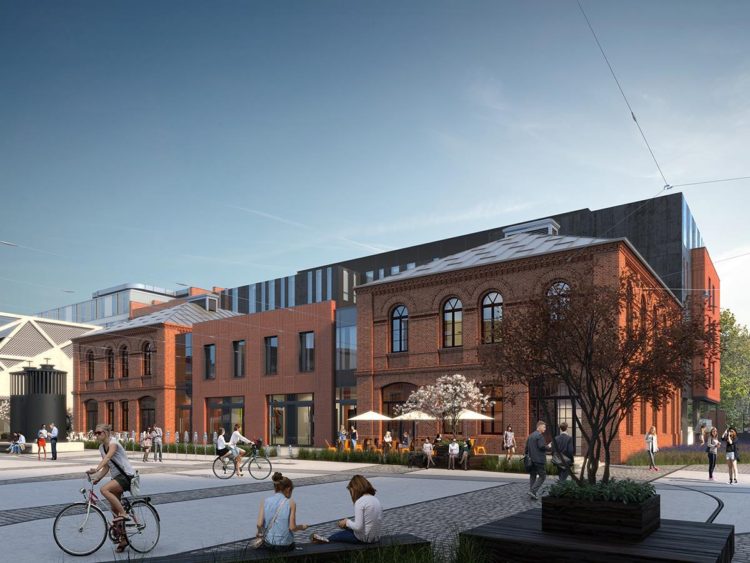 ArtN
Forming a key cornerstone of Wola’s renaissance is the development of Art N, a two hectare space formerly occupied by the 19th century Norblin Factory. 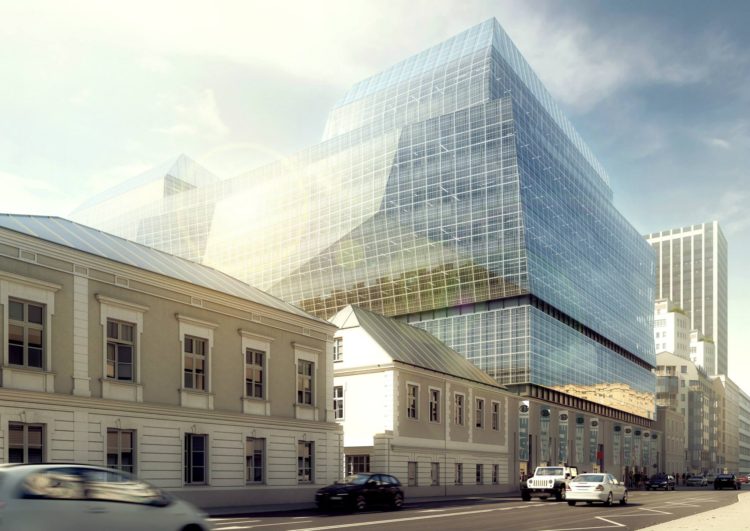 Once considered a hallmark for quality, for decades Norblin produced world renowned silverware and, later, top quality rifle ammunition. Abandoned in 1981, the last few years saw its deserted outbuildings put to use as a sprawling eco-market (a.k.a the BioBazar). Now, the developers have moved in promising to keep the historic integrity of the complex and “make stories, not stores.” 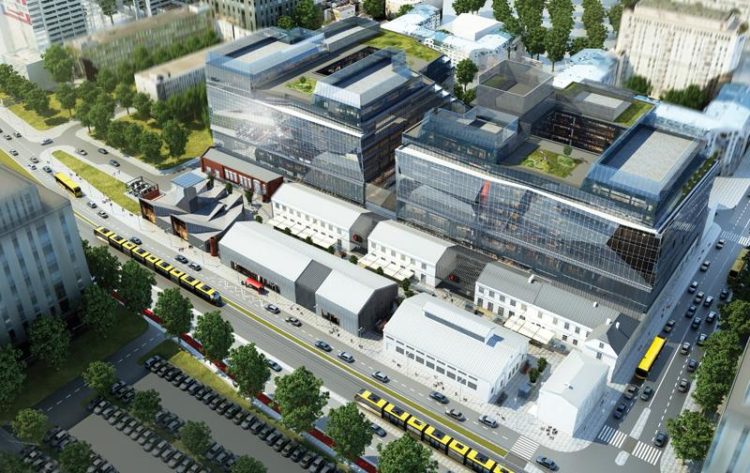 “The concept,” reads an official statement, “is based on the assumption that retail space has evolved past simple points of sale: today it is a destination, a place where people go share unique brand-related experiences or look for emotional and inspirational commitment.” 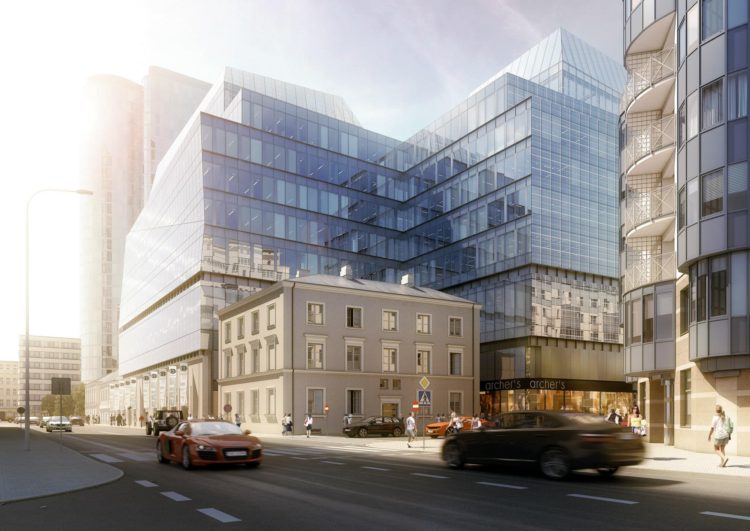 By integrating eleven existing pre-war buildings into an overall design that envisages over 40,000 sq/m of new office space, and 24,000 sq/m handed to service and commercial areas, the aim is to create a one-of-a-kind project. 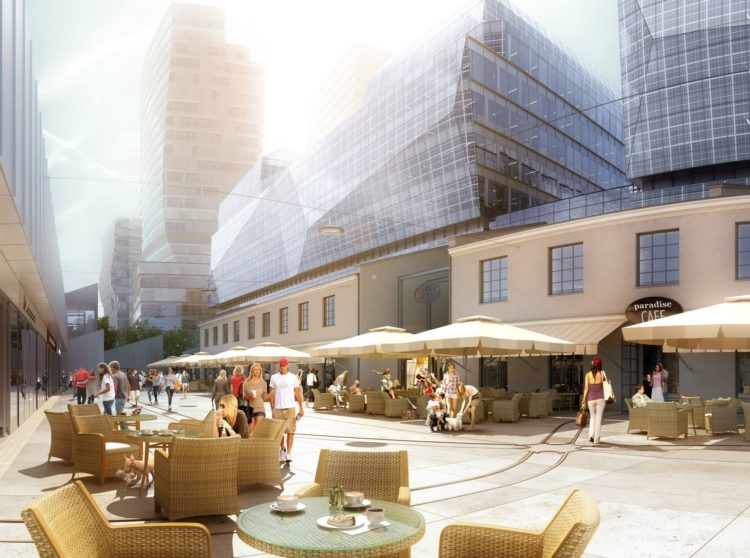 Aiding this will be the reintroduction of the BioBazar once work is finished, a museum telling the story of the site’s previous life, and an atmospheric social space complete with wellness center, food court and vendors that value the concept of ‘slow retail’.

EC Powiśle
Back in those early days when everyone was gushing about how Powiśle was the heart of Warsaw cool, it would have been hard to imagine how quickly the gentrification process would set in. One minute the cool kids were playing board games in shabby Solec 44, the next a new wave or residents were roaring round the streets in pimped-up jeeps and beamers bought on credit. 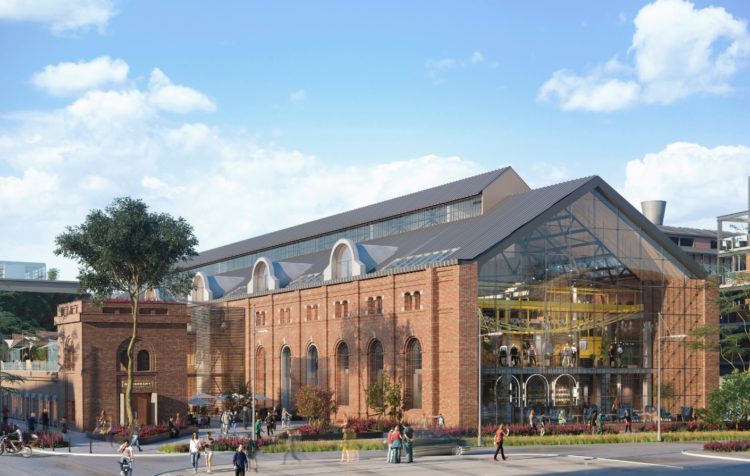 Amid the area’s new found affluence and luxury apartments, one element stood out like a poisonous rotten mushroom: the Powiśle power plant. When it opened in 1904, it was one of the largest facilities of its type, and it continued feeding Warsaw with power for a nearly unbroken stint of 97 years. That break in service came during the 1944 Uprising. 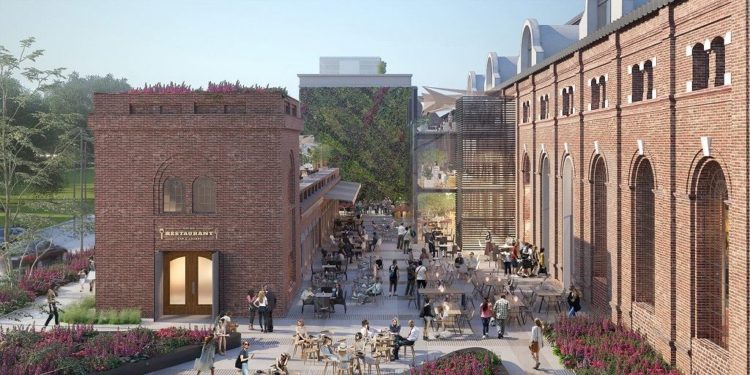 A key target for the insurgents, it was seized by the Polish Home Army in the first hours of the battle, only to be recaptured by the Germans a month later. Serving both Powiśle and the city center with electricity, its loss was seen as a catastrophic blow. Subsequently disabled by the Germans, Polish and Soviet engineers set to work on repairing the behemoth the day after Warsaw was liberated. Within three months, the first generator had sputtered back to life. 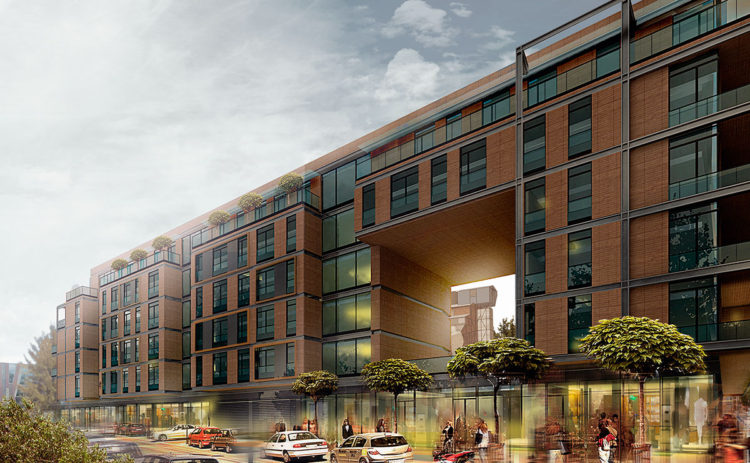 Finally deactivated in 2001, for the next few years it was allowed to silently rot, its derelict maze of buildings supposedly overrun by giant house martens. But not any longer. 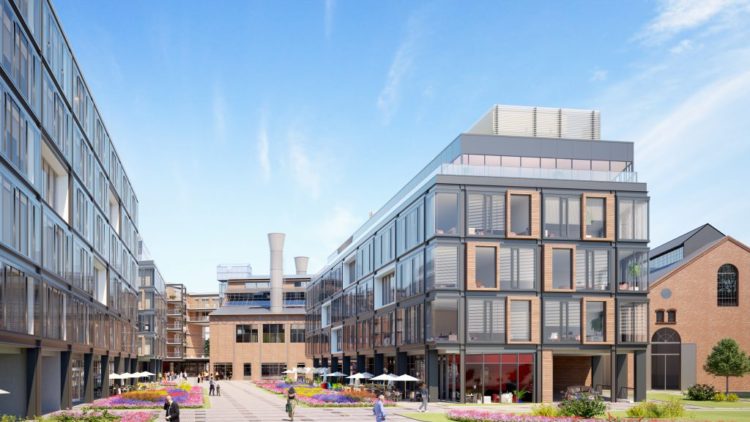 A bold program of renovation will see the Powiśle return as a mixed-use center offering 26,000 sq/m of Class A office space and a retail / service area covering 8,000 sq/m. Within that, we’re likely to see a Koszyki-style food hall with over 40 restaurants and bars. 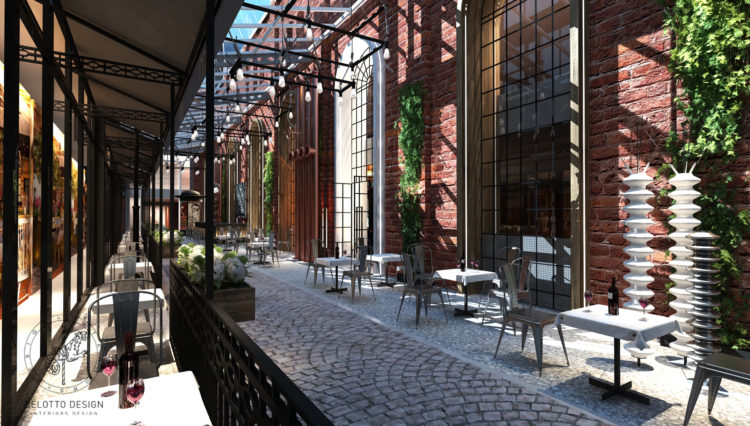 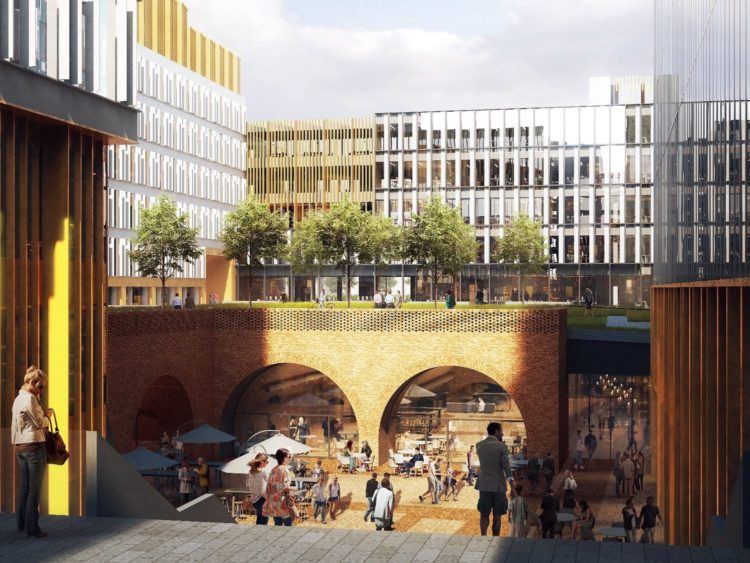 Founded in 1846 as Haberbusch and Schiele, at the time it was one of 40 breweries supplying the city – it was still brewing right up until the outbreak of the Warsaw Uprising. Nationalized after the war, it resumed the production of beer in 1954 and in 1972 it rolled out Poland’s first bottles of Coca Cola made under license. 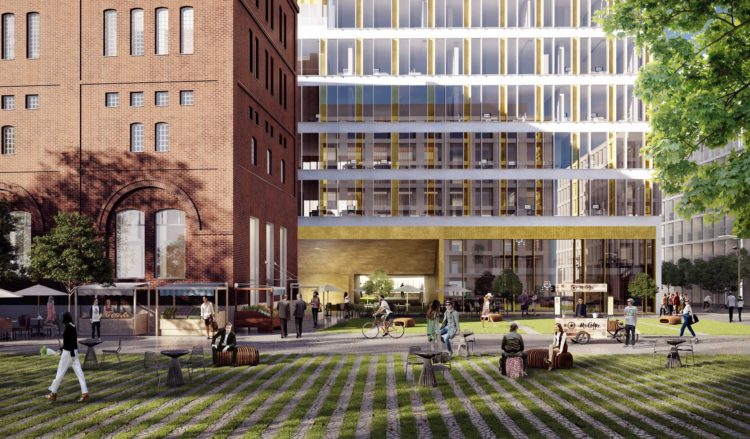 Liquidated in 2004, it’s stood as an empty, disintegrating plot ever since. Passed into the care of Echo Investment, today work is underway to revive it. 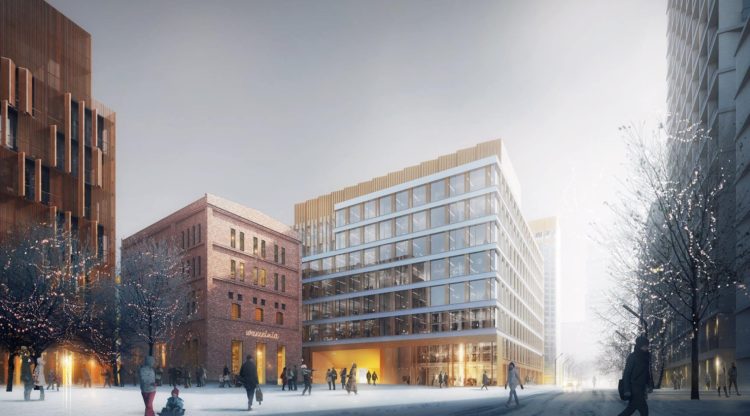 While much will be given to new build, historic elements will be kept – among them, the 170-year old cellars will house restaurants, cafes, and, of course, a microbrewery. 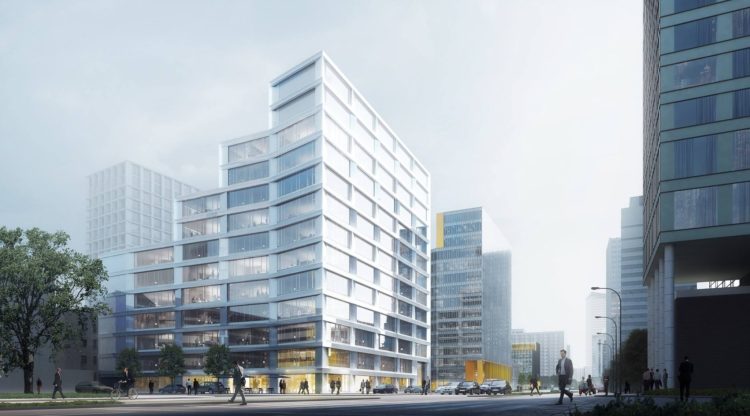 Bohema
Due for completion next year, a former cosmetics factory that once produced hairspray and deodorant during communism will be reprised as Bohema, a 4.3 hectare premises with approximately 900 apartments, exhibition spaces, an outdoor theater and co-working spaces. 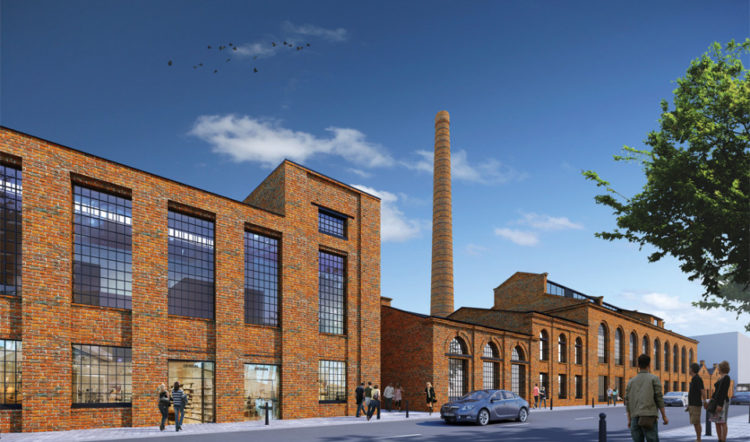 The focal point will be a soaring red brick chimney under and around which will be bars and restaurants and public space for special events. 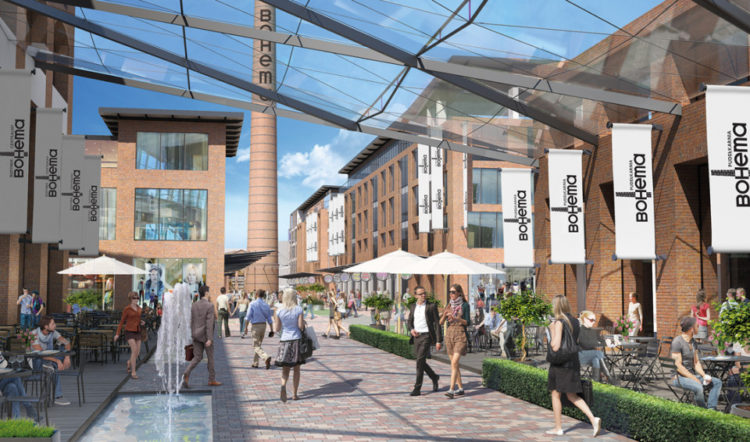