The Rust is History


Where do cars go when they die? Well, there is no heaven for machines, but there is Grodzisk Mazowiecki, a sleepy little town southwest of Warsaw. It’s here that scores of vehicles lie, their rusting carcasses left to decompose amid dense vegetation and tangled trees. There are no candles in this cemetery, no little lanterns or elaborate wreathes, though there is that strange, ethereal stillness that all graveyards have. As we pick our way around the skeletal remains the mood is tense and the atmosphere eerie, as if the corpses of these cars have a secret to reveal.

It wasn’t meant to be like this. So the story goes, the cars belonged to Tadeusz Tabencki, a high-ranking civil servant who held office during the communist era. Using his contacts he accumulated some 300 cars and 200 motorbikes, storing them at two locations in Grodzisk Mazowiecki. The collection was his pride and joy, and numbered a Mercedes Silver Arrow rumored to have belonged to Herman Goring, a Porsche 911 previously driven by singer Maryla Rodowicz, and Roman Polanski’s white Plymouth. 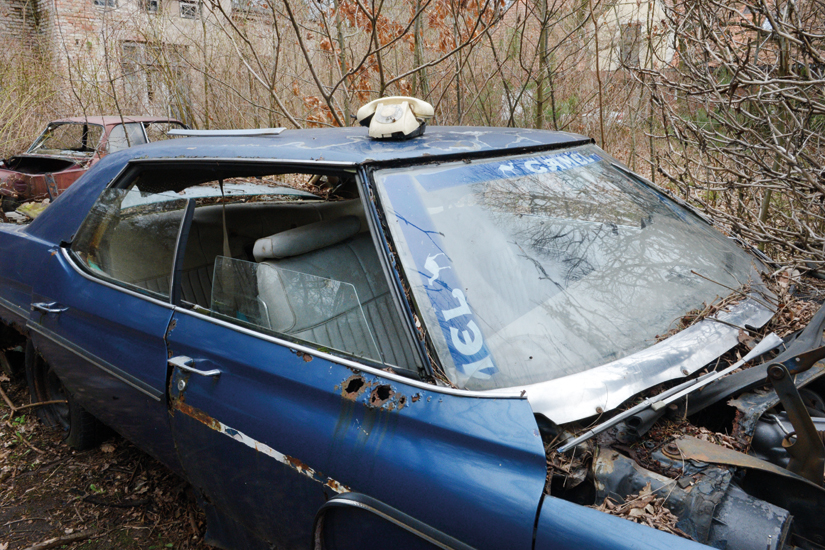 Tabencki died in 1989, and his remarkable horde was immediately decimated by local gangsters, scrap dealers and two-bob thieves. Easily accessed by a gaping hole in the fence, what survives is a surreal assembly of twisted metal heaps devoured by nature. Thoroughly plundered by scavengers, the cars present a ghostly spectacle. In the distance, as we stumble through the undergrowth, a pair of zombie-like drunks warm themselves over a brazier: it is as if we’ve entered some post-apocalyptic Mad Max world. 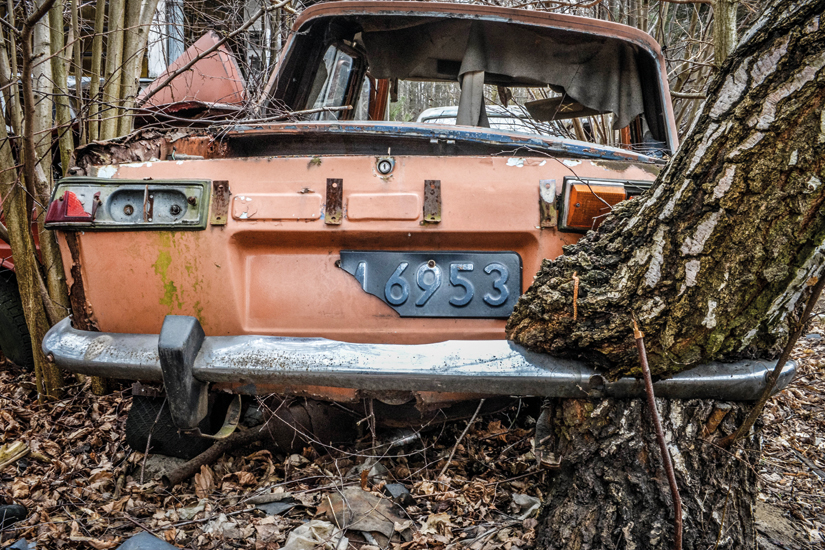 On returning to our waiting cab the driver senses our intrigue and insists we visit the second site. It’s smaller, but if anything much more compelling. Dominated by a derelict house that looks perfect for midnight scares, the waste ground outside is filled with mystery junk and odd bits of debris: a pile of Neptun 625 television sets, a clunky telephone left on the roof of a Buick Riviera and a jumpsuit splattered with what might possibly be blood. A dark residual energy hangs over this untamed plot, and we’re struck by a curious sensation that tingles the spine: it feels like we’ve disturbed some ancient tomb. Surely, we ask, cars don’t have souls? Safeguarding ourselves from any curse, we spot a plastic flower in the scrub and ceremoniously place it on the dashboard of a wreck: rust in peace…

Getting There
Trains from Warszawa Śródmieście to Grodzisk Mazowiecki run approximately every 30-45 mins, with the journey taking about 40 minutes. The graveyards are well known to the local taxi drivers (find Graveyard No. 1 on ul. Orląt and the other on Krasińskiego). Ask for the ‘cmentarz samochodów’. 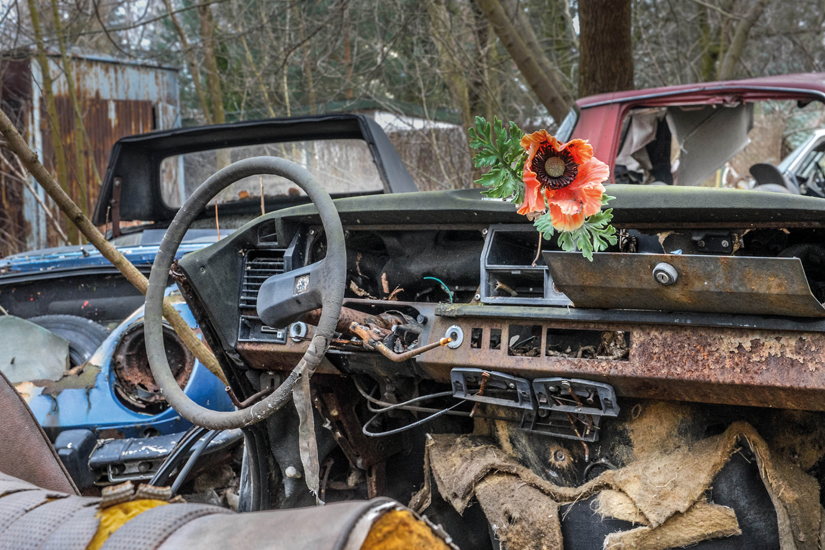