Lauded as one of the most important museums in the country, the Insider rummages through the collection of the Rising Museum to unearth its hidden gems…

History books like to bandy words such as suffering and struggle, yet in terms of sheer savagery few events in modern history can rival the 1944 Warsaw Uprising, an epic 63 day rebellion against the occupying Nazis. The human cost was immense – over 250,000 civilians dead – yet the spiritual cost even higher: a grand capital city all but wiped off the map. The greatest tragedy, however, was yet to come – considered a bourgeois insurgency, post-war communist policy downgraded the battle to footnote status. Now though the real story is out and the balance being redressed: in part, that’s thanks to the continued efforts of institutions such as the Rising Museum. With the battle now receiving increasing exposure both at home and abroad, the Insider meets curator Anna Grzechnik to sift through the lesser-known curios in the museum’s cache… 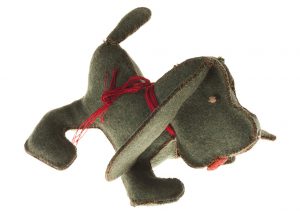 “Known as Ciapciuś Klapouch, this cloth mascot was made using material from a German overcoat. Belonging to Eliza Czajkowska, it was given to her in Oberlangen POW camp where she was held after being captured.” 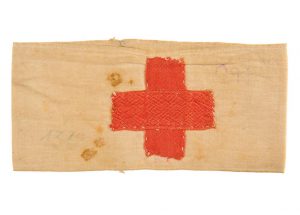 “An armband worn by a medic during the insurgency. You don’t need good eyes to spot the blood stains that are still visible to this day.” 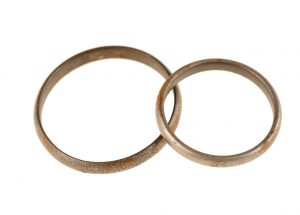 “Forged using bullets, this pair of wedding rings were exchanged between Stanisław Swinarski and Cecylia Pakowska on October 3rd, 1944. They divorced in the 80s but apparently remained good friends. Now living in Canada, the rings were donated by Cecylia in 2004.” 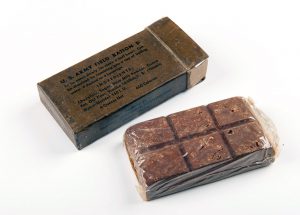 “Known as Field Ration D, this is one of the Hershey chocolate bars that was airdropped on Warsaw by the Allies. It was specifically designed to provide calories, energy and to sustain high temperatures. But while it wasn’t meant to be tasty, it proved so popular that by the end of the war Hershey were producing 24 million bars a week!” 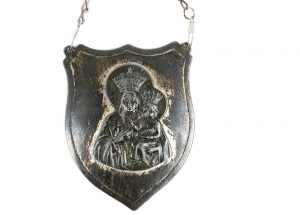 “Before he left home to join his combat unit on Nowy Świat, Tadeusz Drabik’s mother sewed this ‘gorget’ underneath Drabik’s tunic, just under the heart. It stayed with him throughout the Uprising and then during his days in German captivity. He’s convinced it saved his life numerous times.” 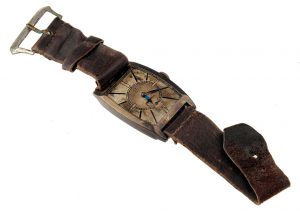 “This Omega watch stopped at the exact time a Nebelwefer shell hit an apartment block at Wiktorska 17 on September 25th, 1944. The blast left the owner, Irena Stańczykowska, and her daughter with serious injuries, with both dying later the same day.”