The Sky's The Limit | Warsaw Insider

The Sky’s The Limit

architecture80 city center1010 city news103 local7 skyscraper15
Warsaw’s ambition to be viewed as one of Europe’s key financial players has been given a boost with news that the city is set...

Warsaw’s ambition to be viewed as one of Europe’s key financial players has been given a boost with news that the city is set to become home to the EU’s tallest building. Titled Varso Tower, construction on the 53-story project commenced in late January and is expected to run until 2020. 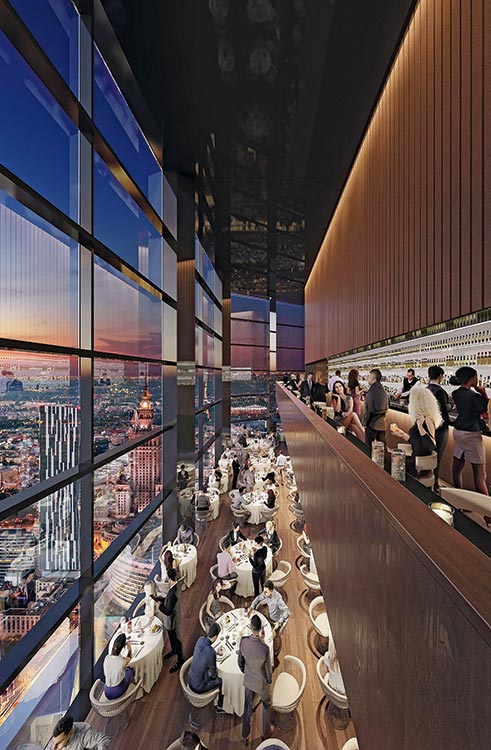 Designed by the prestigious architectural firm Foster + Partners, features will include one of the largest co-working spaces in Europe, as well as the latest energy efficient technology. Beyond the corporate babble, the developer, HB Reavis, have announced that the skyscraper will also include a 230-meter-high observation deck, and a split-level restaurant covering the 46th and 47th floors. Topping out at 310-meters, the tower promises to be one meter taller than The Shard in London, and will surpass the Palace of Culture – Warsaw’s current highest building – by over 70 meters.