Of course, you could take the easy option and sit around in your pants watching from the sofa, but everyone knows the World Cup is best enjoyed in the loud and lewd atmosphere of the pub. While you’d be forgiven for thinking World Cup fever has largely bypassed Warsaw – the contrast between Euro 2012 couldn’t be more pronounced – it’s a safe bet most bars with a TV will be tuning in for the greatest rip-off on earth. Even so, not all pubs are created equal, as such we bring you the Insider’s favorites for a brew with a view to the action. 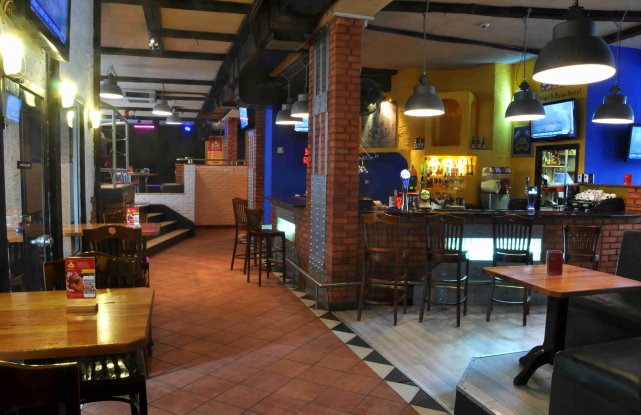 Discounting the staggering success of the Fan Zone that temporarily sprang up in the shadow of PKiN, it was WTF that emerged as the top sports venue to watch the Euros. While the dancing girls who comprised the half-time entertainment are unlikely to reemerge, the Irish owner Niall hasn’t been a slouch in ensuring the 2014 experience is one to remember: an enlarged, XXL pavement terrace has been added, along with the promise of booze promotions, new craft beers and a number of screens of all shapes and size. It’s the atmosphere that everyone talks about, however: whether it’s Bristol City on a Tuesday night, or the big top flight games, the horseplay and banter are unrivalled – that’s going to go through the roof once Brazil 2014 gets underway.

Opened in 2010, Legends has been a reassuring presence on the sports scene thanks in part to the steady stewardship of Graham – an Everton nut with an embassy background. A resounding success for Euro 2012, Warsaw’s only genuine English pub is certain to draw crowds with its wall-to-wall coverage, traditional pub grub and bountiful happy hour promotions. And while its very Englishness makes it a required venue for Ingurlund fans, the ambiance is such that natives and expats mix with ease in a positive, international atmosphere.

Over the years landlord Kevin Bradley has become a Warsaw fixture, and his brand of hospitality has served to drive Haka forward since its opening last year. Small in size but big in personality, this bar could become the surprise of the tournament: with Poland’s best Guinness, a strong kitchen, top cocktails and a beautiful outdoor terrace, the ingredients are there for Haka to emerge from the World Cup as a certified winner.

You might consider this something as a surprise entry. Known for its boisterous spirit, park centered location and basic, almost beer hall design, it’s a place where strangers squish together on shaky benches while sausages grill over an open fire. They don’t do much to promote themselves as a sports bar – and indeed they’re not – but it’s become the de facto favorite for Scandinavians and Dutch to descend en masse (usually in barmy national attire) and cheer on their side during international fixtures. 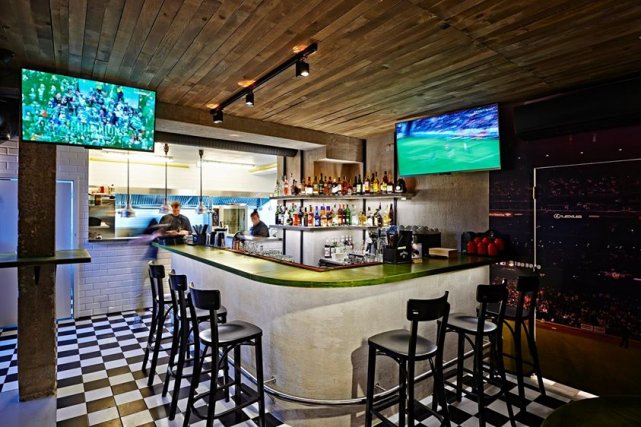 Sport features heavily at the new Jana Pawła outpost of the budding Brooklyn empire, and the World Cup is guaranteed to bring the crowds in. Whether the big screen inside will be twinned with screens on the outdoor terrace remains to be seen, but a lively atmosphere appears not in question: in particular, we imagine, for games featuring the USA. 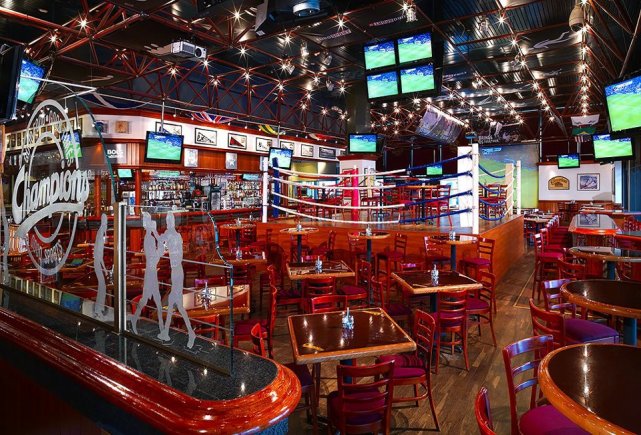 Warsaw’s best known sports venue has a heavy décor that brings to mind a trans-Atlantic sports bar from the 1990s: here it’s all glinting trophies, clacking pool tables, whirring darts machines and a cacophony of commentaries from the 40+ TVs. Hell, there’s even a boxing ring planted in the middle. Some call the prices exaggerated, yet there’s no doubting the food is usually on-point, the service pro and the space suited for unwieldy groups of large and loud lads. Reservations, however, remain essential for big games.

While Legia types naturally gravitate to their official stadium bar, it’s not just locals only – well, not always. Some 16 40 inch screens, and a couple of big projectors ensure you won’t miss a kick, though the drinks list remains a depressing rundown of mainstream brands.