Through Thick And Finn 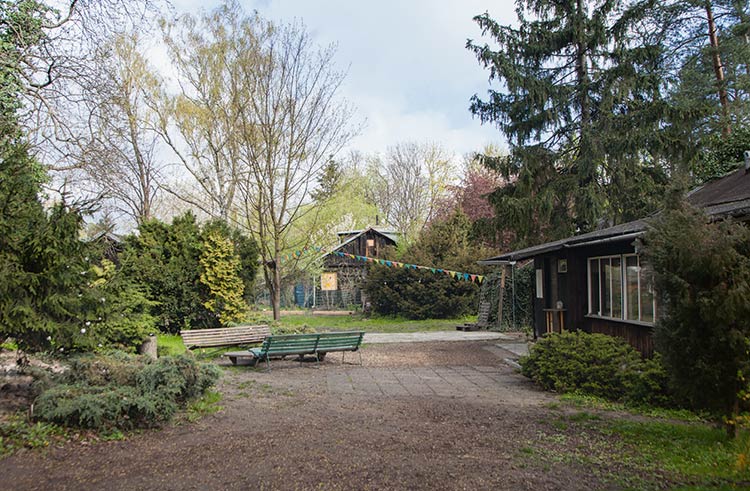 (Aerial Photograph by Mateusz_Potempski, All others by Kevin Demaria)

It is a scene of pastoral bliss in its purest form: birds chirrup and squirrels dart from thick vegetation. Set amid tight, tree-lined tracks, small wooden cabins appear from the green, and from round the corner comes the donk, donk, donk of someone chopping wood. Being here, one feels at one with the world and the nature in it.

Here, however, is not some isolated village in the wooded depths of Poland, here is Osiedle Jazdów, a remarkable micro-community in the center of the city, with the only clue to the location being the distant, low rumble of Trasa Łazienkowska. 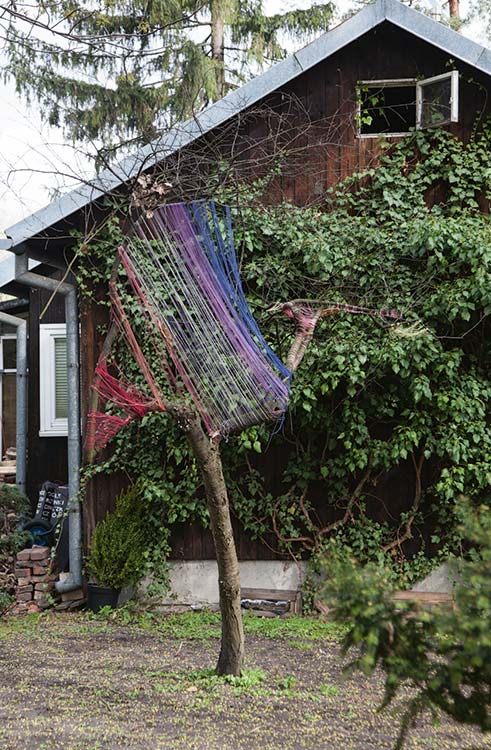 Tangled in the story of the post-war rebirth of Warsaw, this enchanting enclave began life with the decision to rebuild the town that the Nazis had left as a smoking sea of rubble. It was a brave move. With total destruction approaching 84%, there were many that argued that the capital should simply be shunted elsewhere. Warsaw, they said, could be left as it is as the ultimate memorial to the tragedy of war. Given the scale of the task, there was a logic to this thinking, but it didn’t account for the indomitable desire to rebuild from scratch. The city would live again!

Of the immediate problems was finding the architects and engineers involved in this process somewhere to live: the answer was Osiedle Jazdów. Making full use of easy-to-assemble cabins confiscated from Finland by Stalin as reparations, 95 of these were built in the area of Jazdów. In July, 1945, the first 30 tenants moved in, and on August 1st, the development was officially opened – simultaneously coinciding with the only time the Communist authorities formally allowed anniversary commemorations for the Warsaw Uprising to be held, the launch of Osiedle Jazdów was seen as an optimistic sign of good times ahead.

Defined by their quaint wooden style and black tar roofs, these 54 sq/m units quickly became home to a thriving self-contained world. There was an artesian well, a shrine, kindergarten, grocery outlet and kiosk. In winter, an ice rink and toboggan run added to the sense of a tranquil idyll of utopian joy. All the time, though, these ‘Finnish Houses’ were meant just as a stop-gap solution for a city on the mend.

Surviving their initial 1955 expiry date, many nonetheless found themselves dismantled as the years rolled forward: the construction of Trasa Łazienkowska and, later, the French Embassy, saw dozens torn down. Yet despite the encroachment of the modern world, the community continued to boom. Whilst several of the original architects moved on to pastures new, they were replaced in the 60s by a wave of artists, actors, writers and creatives. In a city shackled by concrete and Communism, this extraordinary area became a hub of free-thought and Bohemian living.

As such, it seemed natural that it was to here that fans of the Beatles headed to mark the first anniversary of John Lennon’s death. Smoking weed and singing Giving Peace A Chance (in hindsight, ironic with the knowledge that the introduction of Martial Law lay just days away), they finished off by hanging an impromptu sign on a street that had been hitherto untitled. It read: ul. Lennona.

Ten years on, and with Poland now in the throes of its post-Communist transformation, the name was given permanence by officials and added to the map. Could this be taken as a sign that local government had understood the value of the area? Of course not. More houses were felled in the new millennium to make way for the German Embassy, and by 2011 a nadir had been reached. Osiedle Jazdów, it was announced, would soon go forever. 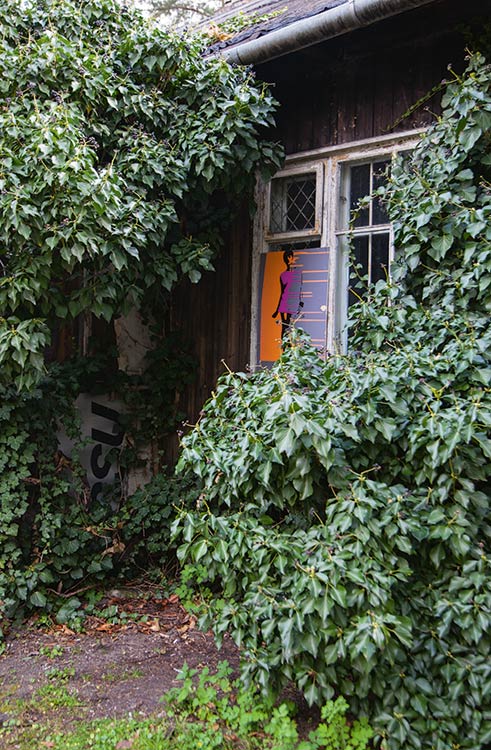 Uproar followed, with disaster only averted when the intervention of the Finnish Ambassador helped lend a voice to those protesting the decision. With outright demolition avoided, cultural life bloomed once more with the Otwarty Jazdów project finding homes for a variety of NGOs inside vacated properties. But this hasn’t made for an entirely happy ending.

“When the new Mayor was standing for election he pledged that the future of this area was one of his priorities,” says Wojciech Matejko, one of the volunteers working at Otwarty Jazdów. “But since he was elected, we’ve heard nothing – not a single phone call. There were meant to be monthly meetings with the municipality, an agenda, a road map outlining what needed to happen. Instead, we’ve just been met with silence.”

This, says, Wojciech, is not a welcome development. “People assume that just because Osiedle Jazdów was saved from destruction that everything is fine,” he states, “but that’s not the case. To function, we need help – these houses desperately need renovation. We’re not asking for a lot, and we’re not even asking for a block investment. After all, the area is unique because of its gradual and organic evolution, so we don’t want a big project or anything like that, just a step-by-step program to help it succeed.”

Prosaic needs such as central heating figure highly on the wish list, but so too does a desire to open the buildings that stand empty. “It’s a special area,” says Wojciech, “and it needs special treatment.”

How truthful this appraisal is becomes clear wandering amid the little alleys that cut between the chalets. Unperturbed by the rustic challenges and high-running costs associated with living here, eight families remain resident, with another 13 cabins turned over for the use of NGOs and other such ventures. These include an Embassy for Traditional Music, a food sharing point, a co-working space and a Solatorium specializing in light therapy. Perhaps most high profile of all is an urban beekeeping foundation housing 20,000 bees in four hives. Illegal when it first opened, its subsequent success played a leading role in changing laws connected to this pursuit.

In this regard, Jazdów has become more than just a pretty face and evolved into a pioneering venture at the forefront of various social, eco and cultural initiatives. Last year alone saw 1,500 events attended by 35,000 visitors. “Right now I feel tired and frustrated,” says Wojciech. “Back when the storm surrounding the fate of Jazdów first erupted we could have closed this area off and declared it to be the Polish version of Christiana in Copenhagen – but that’s not how we are here. We’d be more than happy to shake hands with politicians if it helped, but I don’t think that they even understand the political capital an area like this could have. It’s not about young, trendy creatives, it’s a place that is genuinely for everyone – young infants, people with learning difficulties, urban gardeners, etc. Personally-speaking, I just want to see it reach its full potential: that’s the goal.” 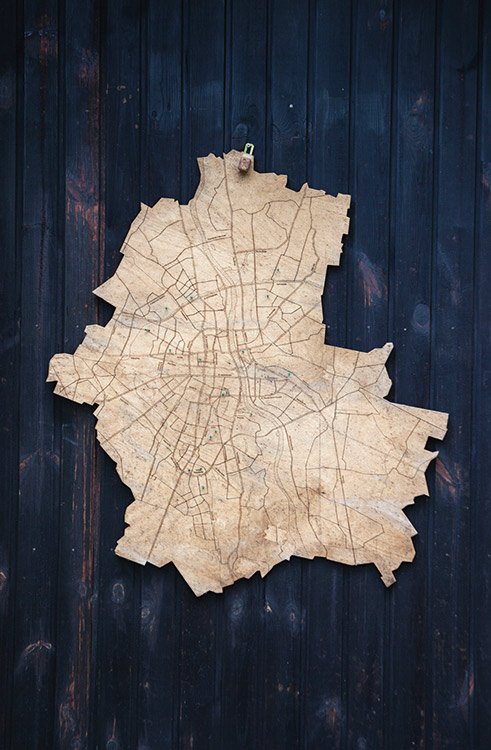 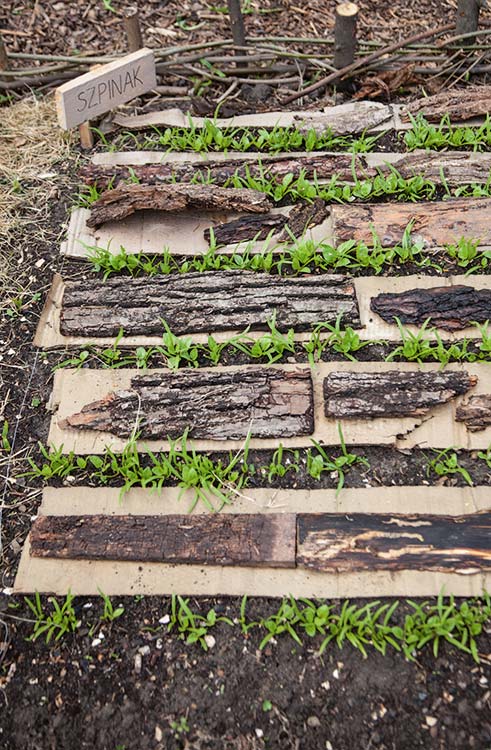