public art28
Forget the gallery, some of Warsaw’s biggest artistic statements are to be found on the streets and squares of the capital city… Take a...

Forget the gallery, some of Warsaw’s biggest artistic statements are to be found on the streets and squares of the capital city… 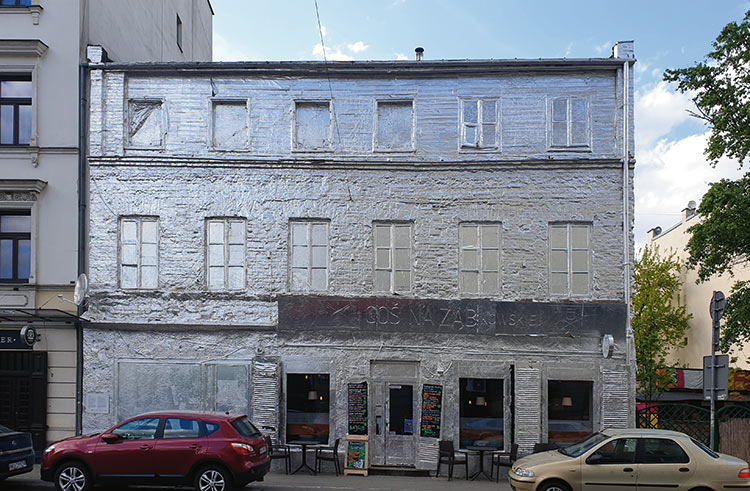 Take a dilapidated house that’s stood empty for years and one acclaimed artist with a penchant for tin foil: presto, you have Praga’s ‘Tin Foil House’. Dating from 1870, the tenement had stood derelict for years, dragging a street down that had otherwise become a clarion call representative of the district’s resurgence. Aiming to reflect Praga’s bright future, whilst also highlighting the number of historic properties currently lying empty in the capital, Vienna-based artist Piotr Janowski spent a total of nine days last year wrapping the tenement with aluminum material alongside volunteers from a local youth group. The results are scintillating, with the foil reflecting even the most nuanced changes in the weather, thereby creating the sensation of a ‘living work of art’. 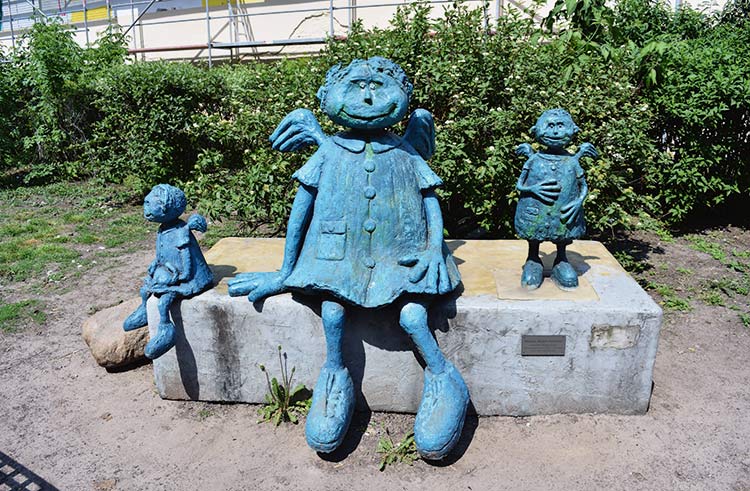 Appearing on the streets of Praga for the first time in 2010, Marek Sułek’s cheerful blue angels have, by many, been interpreted as a homage to the courtyard shrines so characteristic of the area. For Sułek, a multi-disciplinary artist specializing in sculpture, photography and painting, they’re something else: “They aren’t meant to be religious,” he says, “they’re simply the guardian angels I once dreamt about when I was five.” Ironically somewhat, they could do with their own guardian. Repeatedly targeted by vandals and hooligans, the 40-kilo fiberglass works have come up against paint attacks, theft and even decapitation. “I’m not happy when my works are vandalized,” shrugs Sułek, “but I understand that’s part of life.” 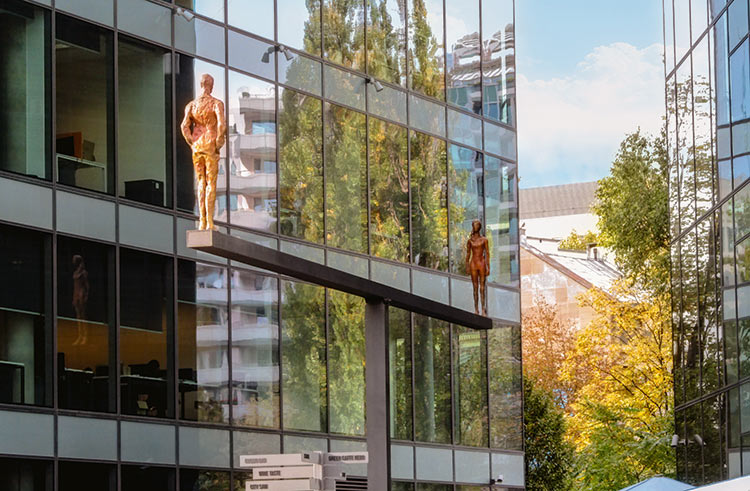 In a city high on gaudy gimmicks, Eran Shakine’s You & Me stands out as a work that’s both sophisticated and mature. Unveiled in 2015, the eight-meter-tall installation depicts a man and woman standing precariously on opposite ends of a see-saw-style, 20-meter beam that swings slowly in the breeze – taking eight hours to reach its maximum height at either end, the idea, says the Israeli artist, is to show the fluctuating relationship people have with their partner.