architecture74 city center998 history69 monument6 prl49 sightseeing73
Status: In Transit Originally located on ul. E. Plater 51, Emilia was unveiled in 1969 (and only after an original section of the roof...

News that the reconstruction of Emilia has moved a step closer was met with applause in April – but as remarkable as it sounds, this won’t be the first Warsaw landmark to find itself standing at an entirely new address.

Status: In Transit
Originally located on ul. E. Plater 51, Emilia was unveiled in 1969 (and only after an original section of the roof crashed down during the construction phase), but officially opened on January 15th, 1970. Cited as one of the outstanding examples of post-war modernism in the country, this was mainly thanks to an aesthetic that was perceived as visionary at the time: wide open spaces and a glass frontage designed to ‘blur the lines between outside and in’. 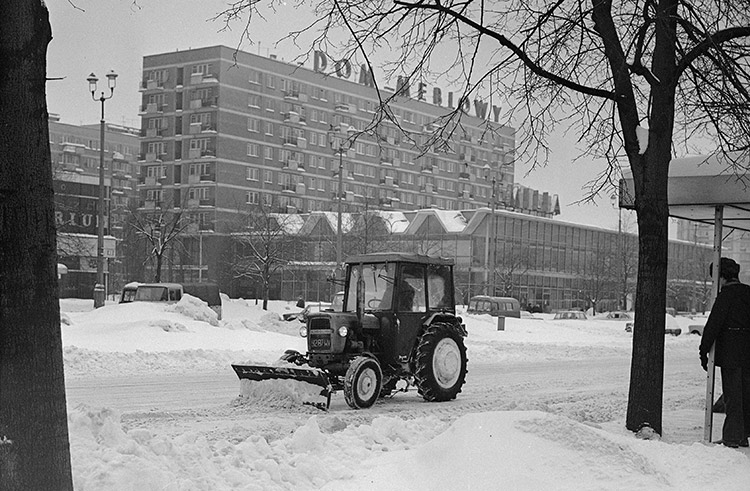 Functioning for decades as a furniture store that never really evolved beyond stocking furniture hailing from the KGB school of design, it was later given a new lease of life as the intellectually charged home of the Museum of Modern Art in Warsaw. 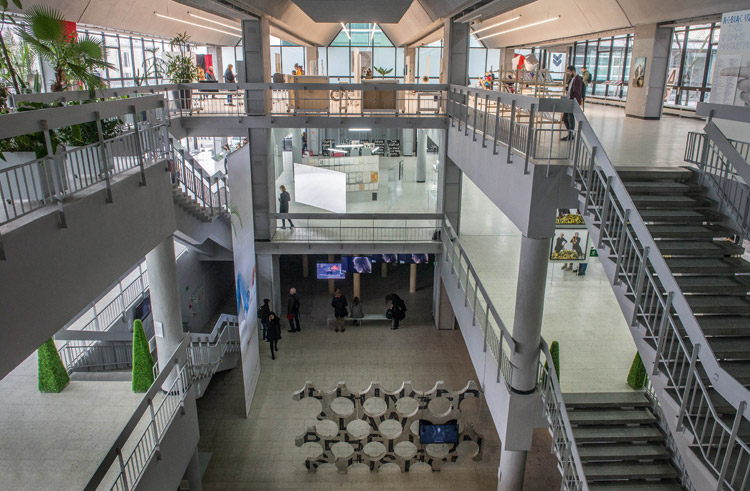 Demolished in 2016, an identical replica is set to take root on Pl. Defilad with construction slated to begin once a competitive process for the tender is resolved later this year.

Take A Spin
Completed in 1712 for the high-rolling Radziwiłł family, the Lubomirski Palace was extensively remodeled in the late 18th century before passing through a succession of owners who utilized it for a variety of functions: during the 1830-831 November Uprising it served briefly as a field hospital, before then being transformed into a market place and apartments. At one point, a synagogue was included in the structure, reflecting the palace’s position in the heart of Jewish Warsaw. 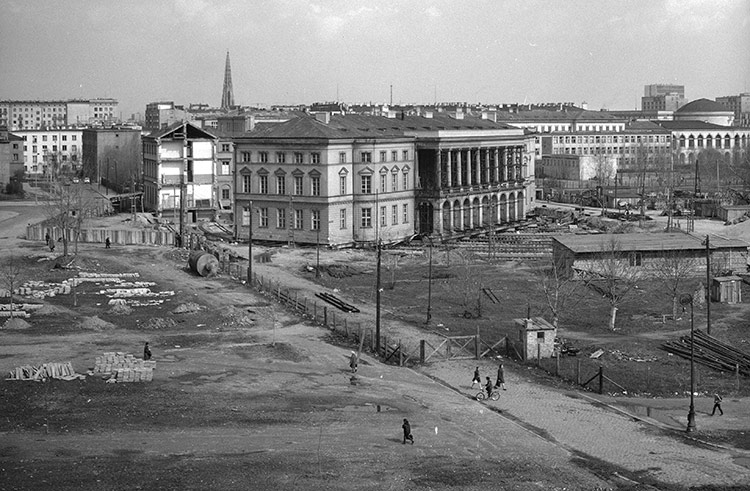 The exciting bits mind were reserved for the 20th century. Purchased by the city in 1938, the local authorities decided it was time to restore this decaying landmark to its former glory. Their timing though couldn’t have been worse, and the following year the palace was flattened by the Luftwaffe.

Between 1947-1950 it was rebuilt to replicate its 18th century style, and a tablet was added to a wall to commemorate a daring 1943 hit just outside on a tram full of Nazis. The weird stuff, however, was just about to start.

With the construction of the tower blocks behind in full swing, the decision was taken to rotate the palace 78 degrees so it faced Saski Park. On March 30th, 1970, the 8,000 ton structure was lifted onto ten hydraulic jacks, mounted on a support structure, then rotated around courtesy of 16 steel rails – forty-nine days later, it was mission accomplished!

Just Do It
Resilient, courageous, combative and triumphant, the figure of Nike is all these and more. Standing at the intersection of Nowy Przejazd and Solidarności, the Greek Goddess of Victory (you didn’t think we were referring to the sneaker firm, did you?), has spent pretty much her whole life in transit. Wielding a two-meter sword the 10-ton Goddess – her face apparently modelled on designer Marian Konieczny’s adolescent daughter – was cast in Gliwice before being transported up to Warsaw in two separate pieces. Unveiled on 20th July, 1964, on Pl. Teatralny, she was moved in 1995 after the decision was taken to rebuild the Jabłonowski Palace. 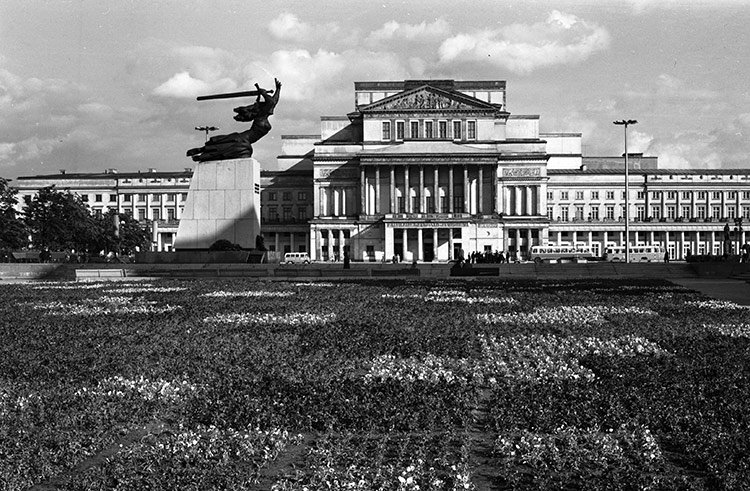 For two years she stood awkwardly behind this construction site before eventually being carried the short distance to her current home by a mobile crane. 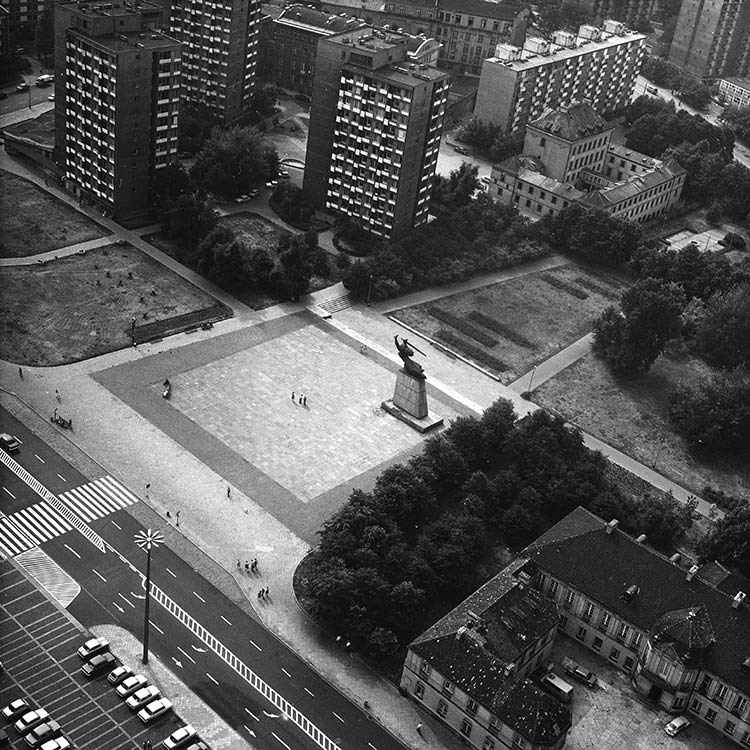 Marian Konieczny, by now a respected artist with sculptures across the world, was consulted and presented a plan to set her on a new 20-meter plinth to give her the prominence she deserved. City Hall argued that nine-metres was enough, and after a bit of too-and-froing a compromise of 14-meters was reached.

Good Heavens!
In a country filled with majestic churches, NMP on Solidarności 80 fails to stand out… at least at face value. One of two Catholic churches to fall inside the Ghetto, it was rebuilt in 1956 following war damage. Its story, mind you, took a twist six years later when plans to widen the street presented town architects with two options: either demolish it save for a few details, or shift the entire thing back. Keen to avoid offending Catholic sensibilities, they chose the latter. 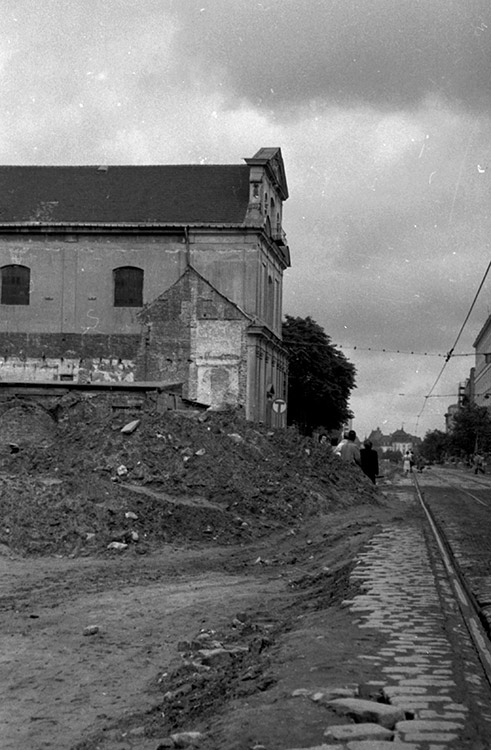 Hoisted onto six tracks and 420 rollers, the church found itself moved a distance of 21-meters in the space of a night. A highly risky operation – no-one was sure if the structure would withstand such a feat – the church was moved at a rate of six centimeters per minute.

Finally, to the cheers of the crowd that had assembled, at 4.45 a.m. a pair of flashing headlights announced that the action had been successfully completed.

Hold Your Horses!
Modeled on a statue of Emperor Marcus Aurelius, Prince Józef Poniatowski was originally intended to stand on Pl. Krasińskich only for the Tsar to interfere and order him to Krakowskie Przedmieście instead. Created by Bertel Thorvaldsen, the Danish sculptor’s interpretation of Poniatowski was unpopular from the start – rather than being depicted as a heroic Polish warrior, he instead resembled a half-naked Roman. 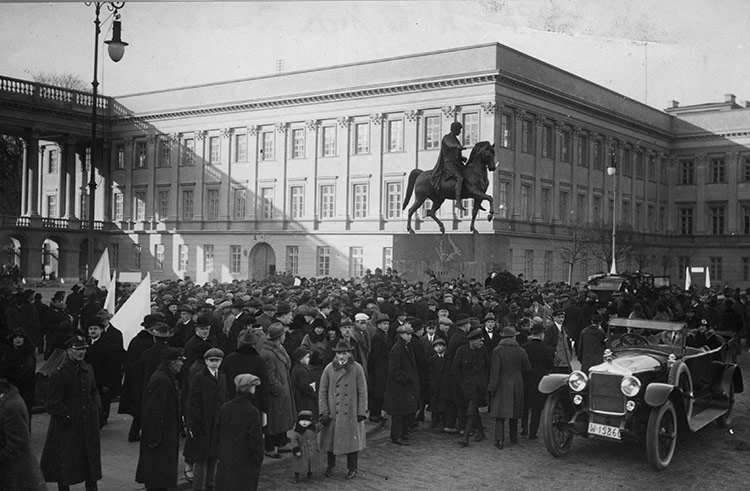 But worse was to come. After the failed November Uprising in 1832 Russian consent for this patriotic Polish monument was withdrawn and the prince was soon dismantled into ten pieces and taken to Fort Modlin. Later, the statue was moved first to Dęblin and then to Gomel – only in 1922 was he returned to Poland where he stood in the Royal Castle’s courtyard before finishing up, in 1923, in front of Saski Palace.

The adventure wasn’t over. With the area rechristened Adolf Hitler Platz during the occupation, the prince found himself unceremoniously obscured by a black tarpaulin. At one stage, a placard appeared at the foot of the statue as if daubed by Chopin (whose own monument had been brutally blown up at the start of the war): “’Józiu,” it said, “if you want to avoid my fate, say you’re Volksdeutsch – from Chopin.”

Finally destroyed by the Nazis in 1944, an identical replica was produced by Copenhagen’s Thorvaldsen Museum and presented to Poland in 1952. First displayed outside Łazienki’s Old Orangery, this new version was moved in 1965 to the Presidential Palace where it stands to this day. What remains of the original, meanwhile, can be viewed outside the Rising Museum.