With its blackened chimney stacks, peeling tenements and disintegrating factories, Łódź is by no means the conventional choice for a weekend away. But what was once Poland’s second city has caught a second wind. Buoyed by an explosion of free thinking, its rehabilitation as one of Europe’s coolest mavericks is well under way… 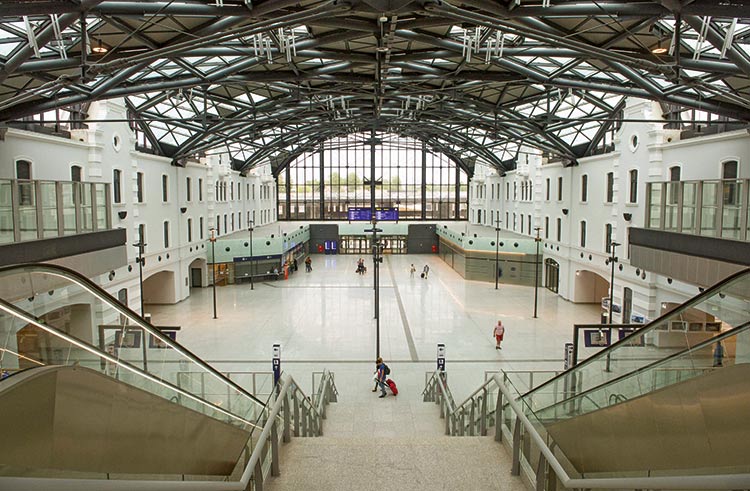 There & Back
Capped by a vaulted steel and glass canopy, the super-modern Fabryczna station is all squeaky granite floors and lilywhite facades. It’s also often eerily empty: you feel, almost, like the first man on the moon. Trains from Warsaw (and back) run frequently with the journey time taking as little as 80 minutes. For first class you’ll be paying less than 50 zeds (for second, just south of 30). If you’re driving (though why would you?), Łódź lies 140 km south west of Warsaw with Google maps promising a trip time of approximately 100 minutes. 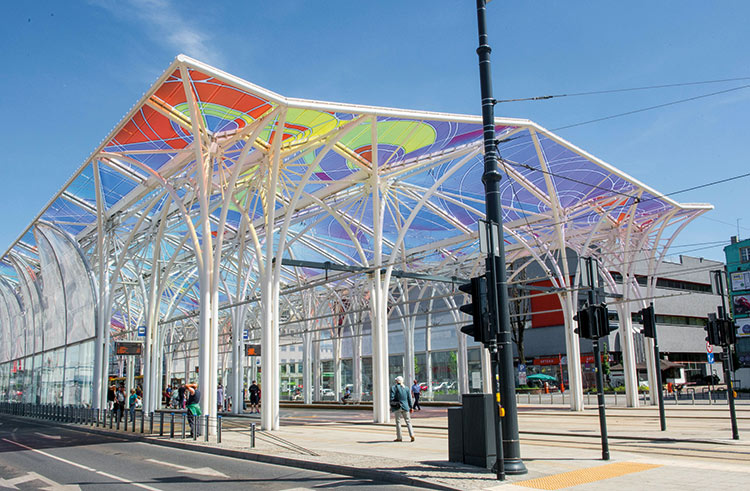 Your Bed
Lodging in Łódź once meant kipping down in KGB-style facilities. You’ve still got plenty of those about, but you’ll probably prefer to give them a miss. Instead, check into the Andel’s. Guests wander through infinite corridors that pulsate with softly changing lights, before eventually arriving to pristine rooms whose color palette offsets charcoal grey and patches of brickwork against punches of lime, lemon and mandarin. 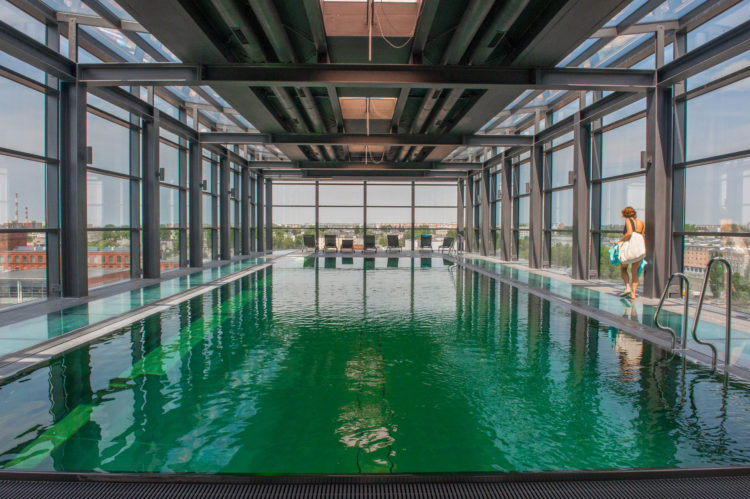 The signature stamp is a top-floor pool that juts off the edge of this former textile mill. Famous guests: Depeche Mode, Rihanna and that Bieber berk. More affordable is Stare Kino, a boutique residence that celebrates the cinematic heritage of the city by themeing its rooms around film (e.g. the Goodfellas Suite).

The Big Fill
It’s a sad fact of life that chain restaurant operators love Łódź to pieces: but don’t let the abundant presence of Sphinx deter you, for this is a city finding its appetite for good food. Unreported by the guidebooks, Lavash is a firm local favorite that turns out exuberant portions of Caucasian food. For something more hip and ‘now’, then the Piotrkowska 217 complex has assembled a host of small bistros appealing to young, urban creatives. Find it just beyond a wall that asks the public to complete the sentence: Before I die I want to… 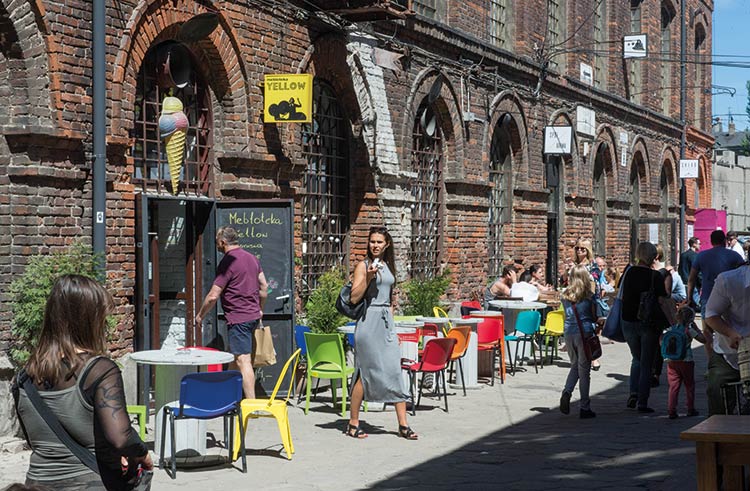 Off Piotrkowska follows a similar format with super cool spots in battered surrounds. Last, and definitely not least, Senoritas could teach most of Warsaw’s restaurants a thing or two about Mexican food.

The Spend
If you’ve followed our advice and booked into the Andel’s then you’ll find yourself looking down on Manufaktura, an immense red brick compound featuring restaurants, bars, leisure facilities and, above all else, a great big shopping mall. It’s impressive and, arguably, the kick-starter that resuscitated Łódź. 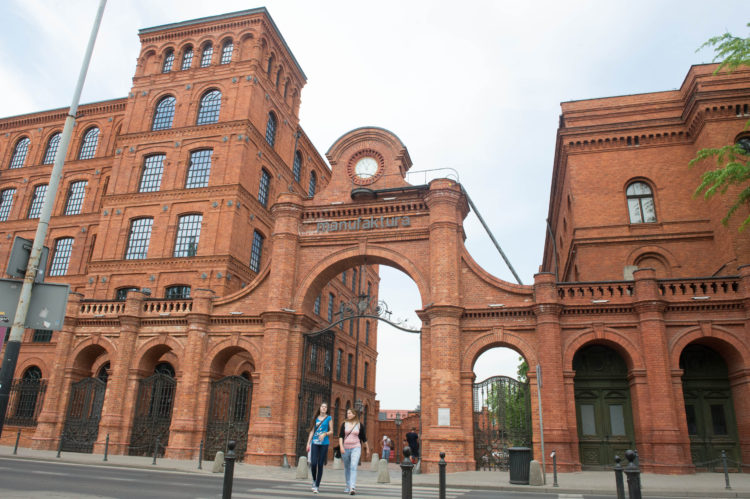 In all likelihood though, there’s nothing here you won’t find in Warsaw. Instead, head to Off Piotrkowska to learn why some are hailing this city as Poland’s new creative force. Set inside the oily old workshops of a repurposed factory are several independent stores specializing in art, craft and home design. 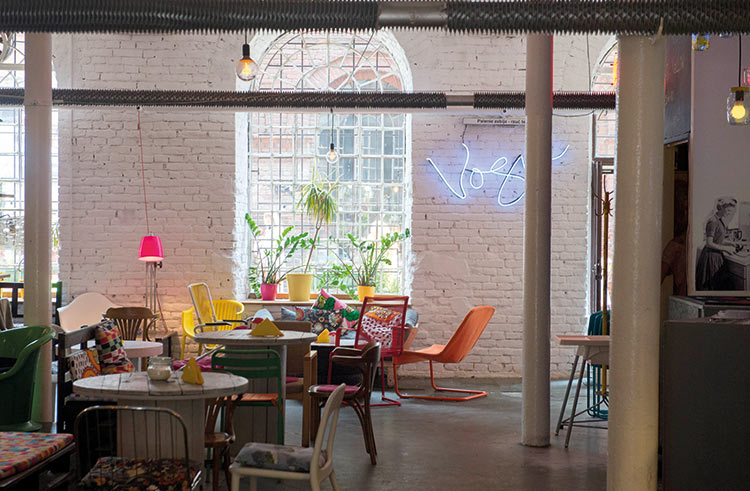 Perhaps most famous of all is Pan Tu Nie Stal, a locally-born clothing/lifestyle brand – yes, they’ve got a presence in the capital, but this is their mothership!

Art Attack
Huge wall murals are transforming the once grey walls of Poland’s big cities: the trend, though, that started here. Witty and accomplished, they’ve added an extra dynamic to the city, casting a splash of light and humor across the town. For a unique urban safari, check out the mural map at: galeriaurbanforms.org. 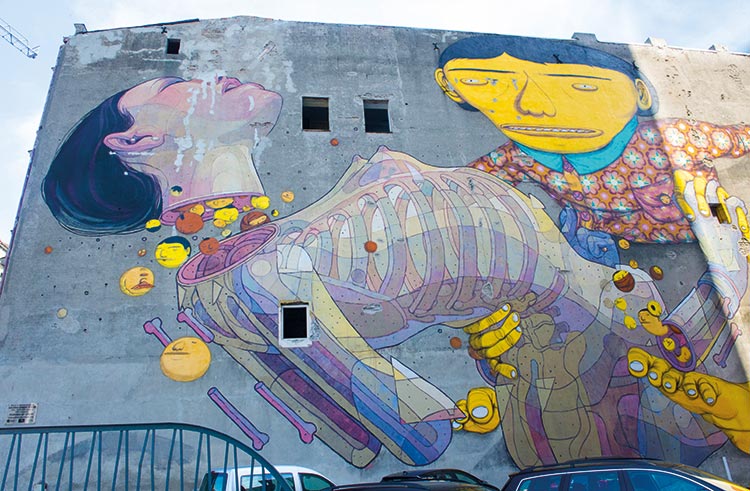 But it’s not just the walls that give an insight into Łódź’s unorthodox personality: outbreaks of public artistic expression are common and have, in the recent past, included the installation of giant pepper shakers along Piotrkowska and a steam train coated in silver foil. Moving indoors and the MS2 Museum of Art can compete alongside the top galleries in the country: fiercely slanted towards the avant-garde, current exhibitions thrust works by the likes of Katarzyna Kobro, Enrico Prampolini and Władysław Strzemiński onto visitors.

Łódź On Wheels
The principal high street, Piotrkowska, clocks in at just under five kilometers: fortunately, a battalion of gnarled rickshaw drivers are on hand to pedal and pant you towards the address of your choice. 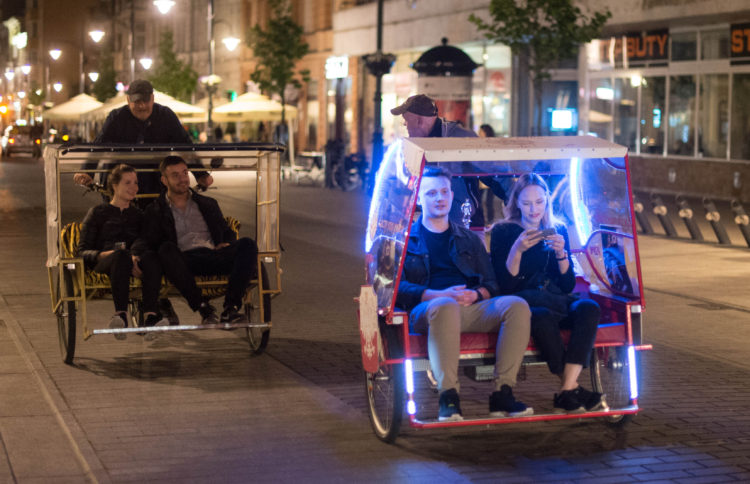 Warning: prices jump the moment you veer off Piotrkowska so this mode of transport is only recommended if you’re sticking to that part.

Know Your History
Often dubbed ‘The Manchester of Poland’, the city’s industrial heritage comes alive inside the Museum of the Factory. Though moderate in size, it’s an absorbing experience that sucks visitors to the time when the city was one of the textile capitals of Europe. Full of quirky factoids concerning daily life, of note is the exhibit that explores the cultural, sporting and assorted extra-curricular lives of the workers. 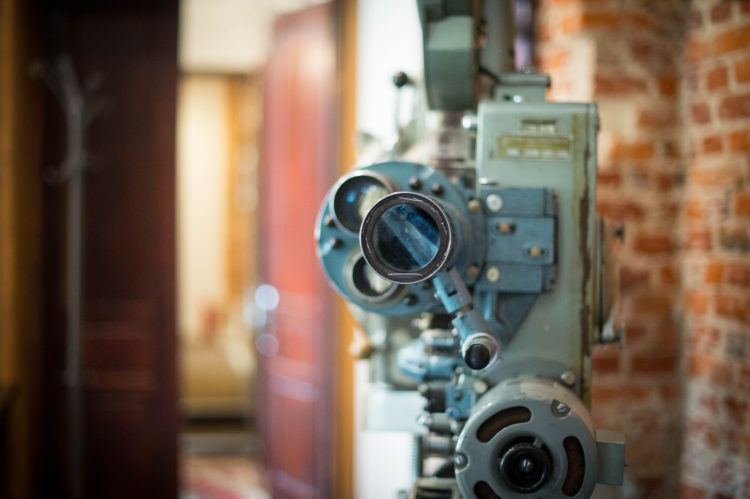 Onwards, and the Museum of Cinematography presents everything you need to know about the city Poles refer to as HollyŁódź. Polanski, Wajda and Kieslowski all learned their trade in this city, and this rambling exhibition gives a strong sense of the cultural importance film has played locally. The film sets and old movie posters are of particular interest.
More somber, the Jewish Cemetery is the biggest in Europe and a forlorn, ghostly reminder of the times the city housed one of the liveliest Jewish communities in Europe. Jewish life was all but wiped out during the Holocaust, and walking the vast (largely decrepit) former Ghetto makes for a highly poignant afternoon. 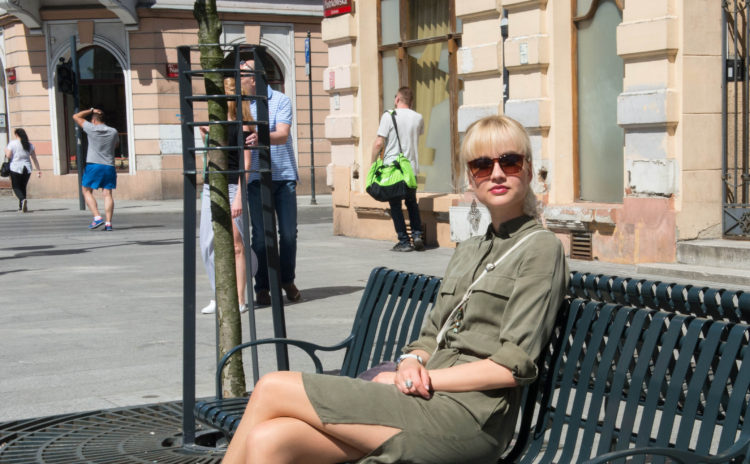 Act The Tourist
In a city now known for cool street installations, the Rubinstein Piano – set outside the pianist’s former home on Piotrkowska 78 – is a comical relic from ‘the Age of Bad Taste’. Seen from afar as a winged monstrosity, it’s the most hideous of all the monuments that were added during a crazy short time over the previous decade. A snap next to the hideous ‘it doesn’t look anything like him’ monument of Rubinstein is a rite-of-passage! Back to the future, and it’s essential you visit the EC1 Planetarium – a stunning splurge of EU funding, topics covered include the story of aviation, the truth about black holes, and the dawn of the space age.

The Night Out
To accurately and adequately describe the energy of Łódź after-dark would take an entirely separate article. Naturally, the bulk of the action centers on and around Piotrkowska with must-visit venues including the craft beer specialists Piwoteka Narodowa and the near mythical Łódź Kaliska: featuring a glass floor, a slanted bar, bonkers music policy and a smoking room decorated with 19th century images of topless women, its reputation for hedonism extends across Poland. 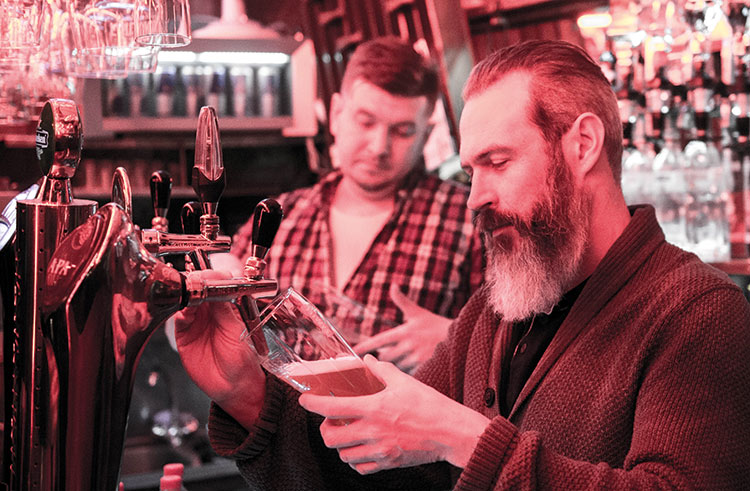 Yet Off Piotrkowska achieves the impossible by eclipsing those: outside, the courtyard is redolent of a street party – club beats mix with the babble of a thousand tongues to generate a wall of din, while smoky food truck aromas merge with the pungent scent of sly spliffs. Merged together, these elements create a throbbing wave of celebratory chaos. 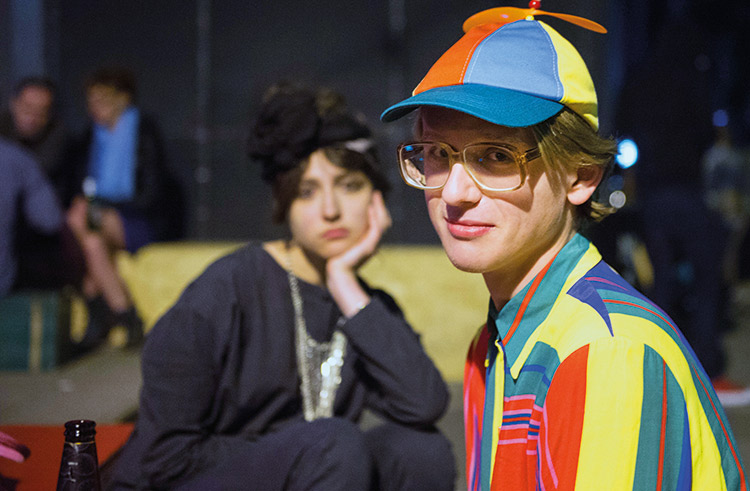 But the outdoor action serves only to mask the tumult inside. Heavy irons doors swing open to reveal a whole list of venues: among them, Dom, a divey, mucky club where limbs flail wildly to heart-rattling techno – when you exit, eventually, it’s with a 1,000-yard stare that tells its own tale. Raw and relentless it’s a night to remember.

Roadmap Out Of Lockdown Announced