art96 murals7 public art28 street art29 travel46 wroclaw3
Away from the tourists of Wroclaw’s Old Town, an artistic revolution is brewing in the neighborhood of Nadodrze… BY ALEX WEBBER | PHOTOS BY...

Away from the tourists of Wroclaw’s Old Town, an artistic revolution is brewing in the neighborhood of Nadodrze…

Vivid, thrilling and disturbing. A classic of the counter-culture era, Hunter S. Thompson’s Fear And Loathing In Las Vegas is arguably one of the most extraordinary books of the last half century. Having ingested an epic array of ‘heinous chemicals’, the author’s journey into the dark heart of the American Dream is uncompromising in what the sleeve notes describe as ‘hallucinatory humor and nightmare terror’. At one stage, staggering to his hotel suite, Thompson’s altered state of mind becomes so skewed that he mistakes people for giant reptiles and carpets for blood-soaked sponge. Waking up in Wrocław’s Hart Hostel, I understand what he went through. 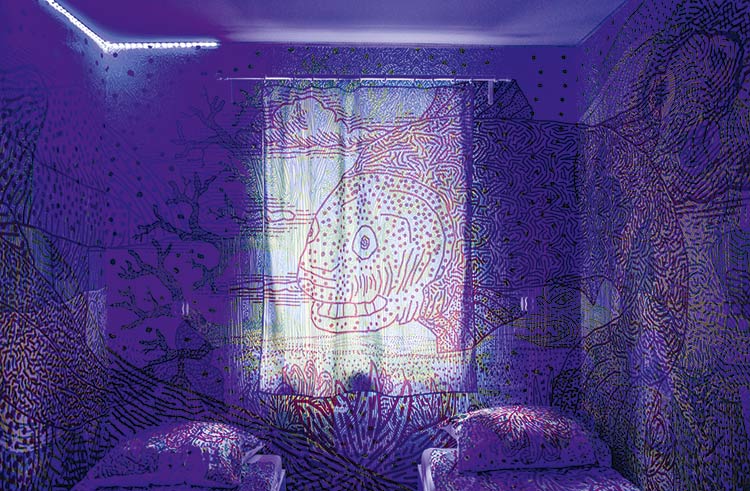 Though my narcotic intake has been a little more mundane – limited to the kind of Coke you buy in a can not a bag – the results have been every bit as daunting. I am in the Minotaur Room, a place where ultraviolet lights reveal a series of wall paintings depicting mythological beasts and dreamlike patterns. Who needs LSD? 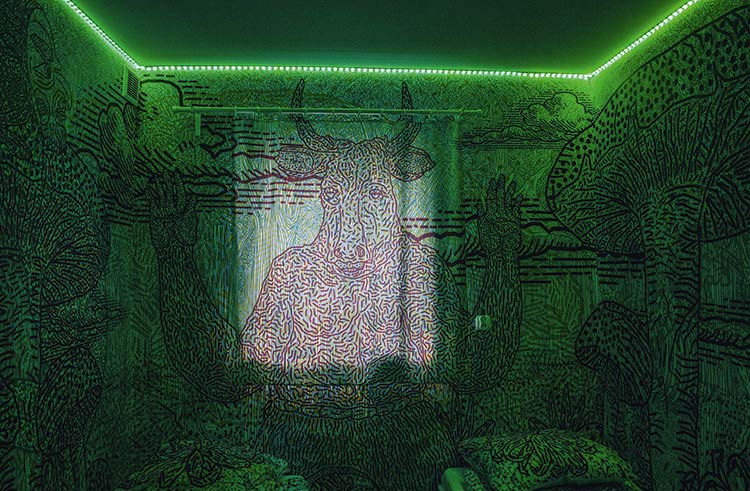 In my backpacking heyday, hostels were all about grotty toilets and humping Australians, the Hart though shows how far they’ve evolved. Decorated by local artists, it’s more akin to staying inside a living installation, with each nook and corner heralding a new piece of madness. Yet as weird as it is, it’s not all that unexpected. Nestled inside the Nadodrze neighborhood just north of the Old Town, the district has emerged at the forefront of the city’s cultural rebirth. 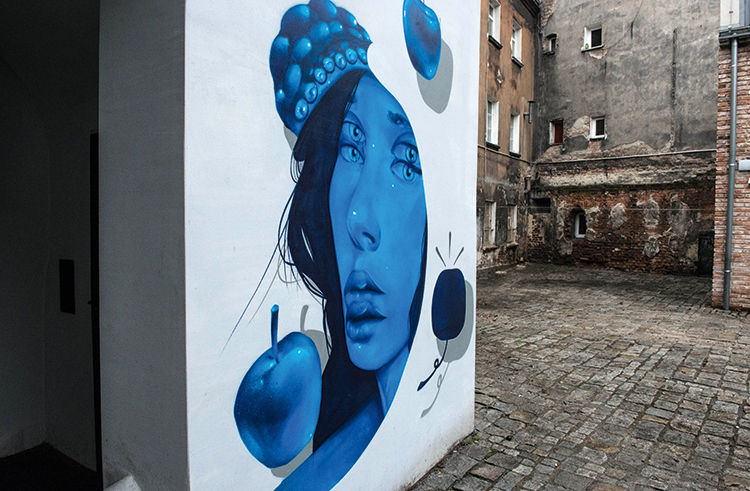 Poland has seen the formation of artistic areas before, just none quite like this. Warsaw’s Praga, with its angry sense of isolation, gave it a go before seemingly losing its enthusiasm. Kazimierz in Kraków also promised much before deciding it’d be easier to whore itself out as a dollar-driven gimmick. 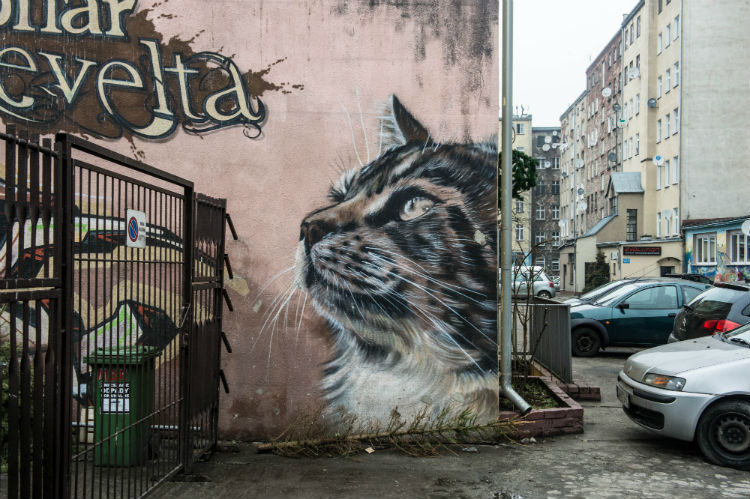 Nadodrze, by comparison, is the real deal. Enticed by subsidized cut-price rents (at one stage, as low as zł. 4 per sq/m) and a local government-led regeneration scheme, it’s become a hub for galleries, NGOs, design studios and other creative practices. In the process, a decaying part of town has been granted a new lease of life. 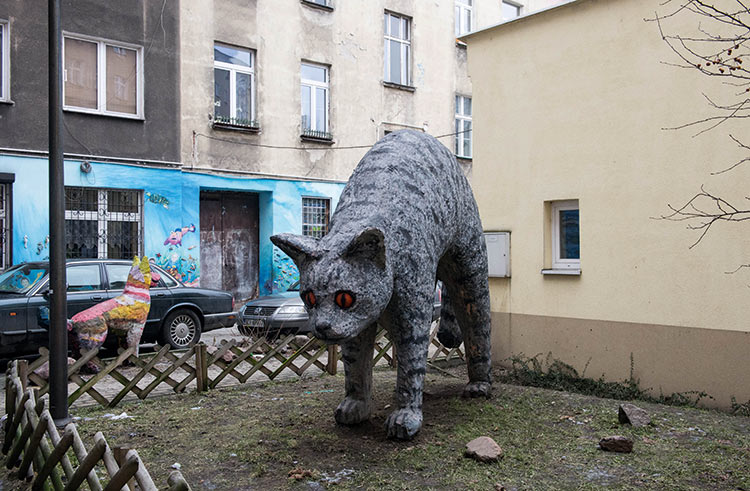 The transformation is by no means anywhere near complete: there is, after all, no magic wand for decades of neglect. Past sooty walls studded with scars leftover from the Red Army’s siege in 1945, old men shuffle by with tins of lager bulging from their pockets; signs of Nadodrze’s history of deprivation are never far from sight. 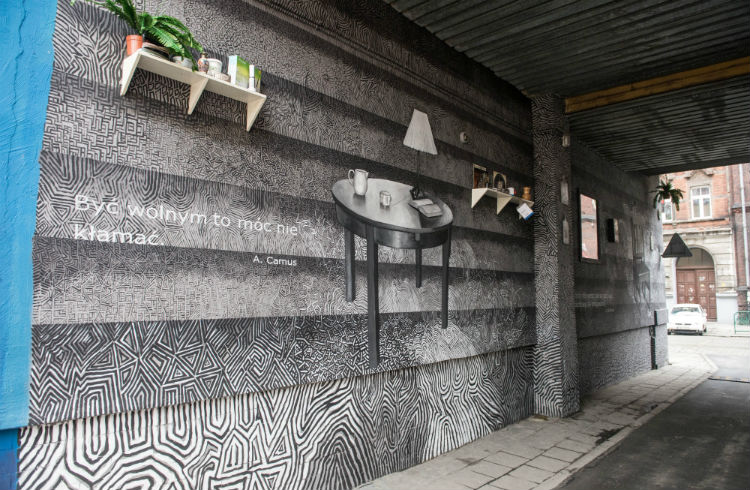 This remains a working class area, and proudly so, the difference being it’s one that welcomes outsiders – or at the least tolerates them. The arrival of our guide for the day is a case in point. An English voiceover artist by profession, our contact appears on an electric scooter with a wolverine creature cantering by his side. From his pair of portable speakers the works of Vivaldi carry for miles. The locals, to their credit, don’t bat an eyelid. 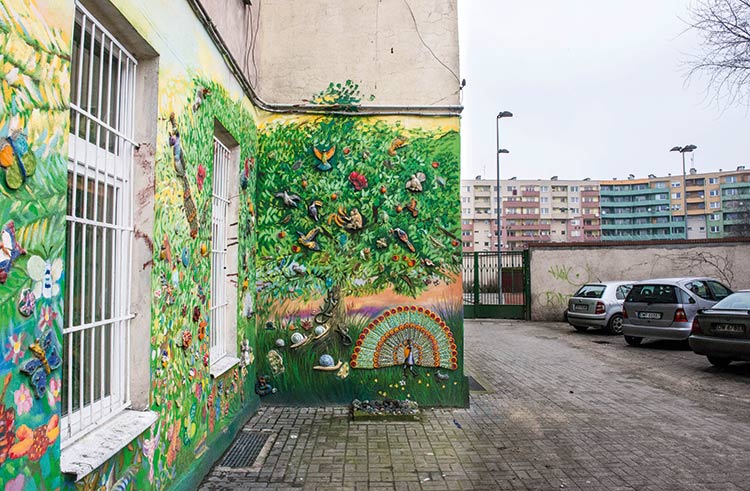 But our chaperon also has his uses. Under his direction we are ushered around the various murals of Nadodrze, the best of which are found in the courtyards of ul. Roosvelta; next, the CRK squat, a self-confessed ‘asylum for alternative actions’; and then, Krzywy Komin, a contemporary gallery open around-the-clock. 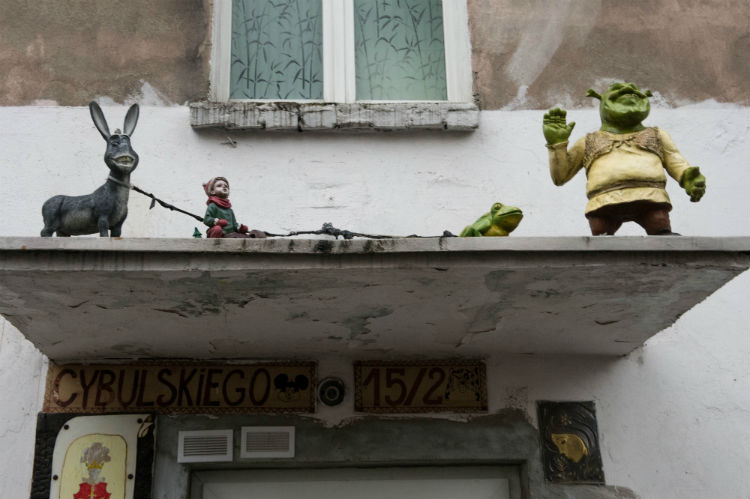 Passing an unanticipated outdoor display of Shrek sculptures, we conclude the day in Rozrusznik, a diminutive cafe in which a bearded DJ spins the classics of Miles Davis. The energy of the district crackles through the damp February gloom. 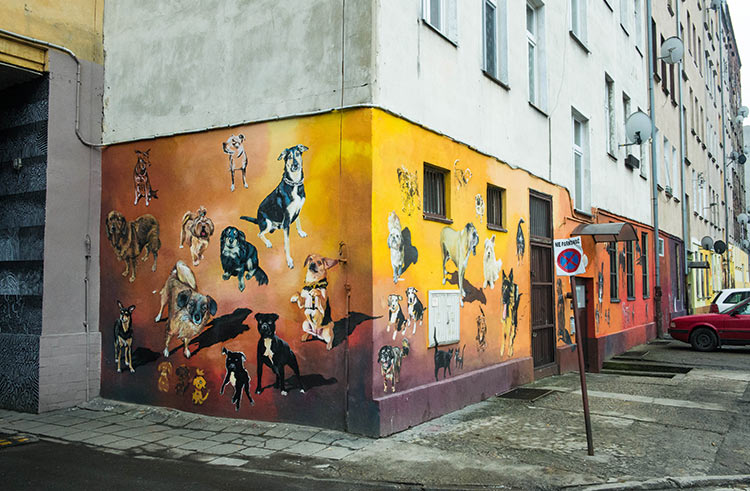 That Wrocław boasts one of Central Europe’s mightiest old towns isn’t for discussion, and the temptation to never look beyond it is powerful and strong. The thing is, visit it in five years and it’ll still be the same. Nadodrze, on the other hand, won’t: the natural order dictates that where there are artists gentrification will follow. A true diamond in the rough, it’s a part of the city that demands your attention before its too late…

Essential Nadodrze
Just minutes away from the soaring steeples and cobbled alleys of the historic center, reach Nadodrze by crossing the University bridge due north of Old Town. From there, a bonanza of cafes, galleries and hangouts await exploration… 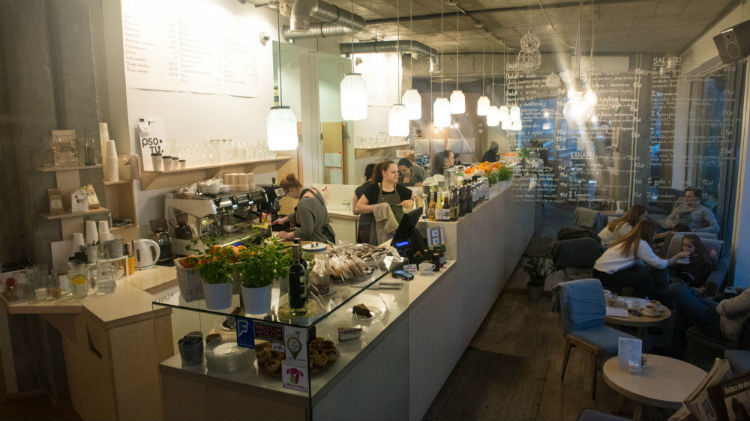 Bema Cafe
ul. Drobnera 38
Some say the first hints of gentrification can be seen in Bema, but that misses the point: cool and cosmopolitan, it’s a convenient meeting point with beer supplied from the not-so-far Stu Mostów brewery.

Bistro Narożnik
ul. Rydgiera 30
Somewhere in here lurks the heart of Nadodrze. Low-key lighting, some original artwork and cool music establish the kind of ambiance that draws local creatives like moths to a flame.

CRK
ul. Jagiellończyka 10C/D
When you want to listen to bands called Icon of Evil or Meth Drinker you head to CRK, a Berlin-style squat project that also hosts capoiera classes, graphic workshops, and bike laboratries that will transform your two-wheeler into looking like something from Mad Max.

Hart Hostel & Art
ul. Rydgiera 25A
Not all the rooms are as trippy as the Minotaur (actually, officially called the ‘Switch Dreams’ room), but they’re definitely as original: in one, for example, find a floor filled with sea pebbles, in another, lights made from junk. Nothing makes sense… 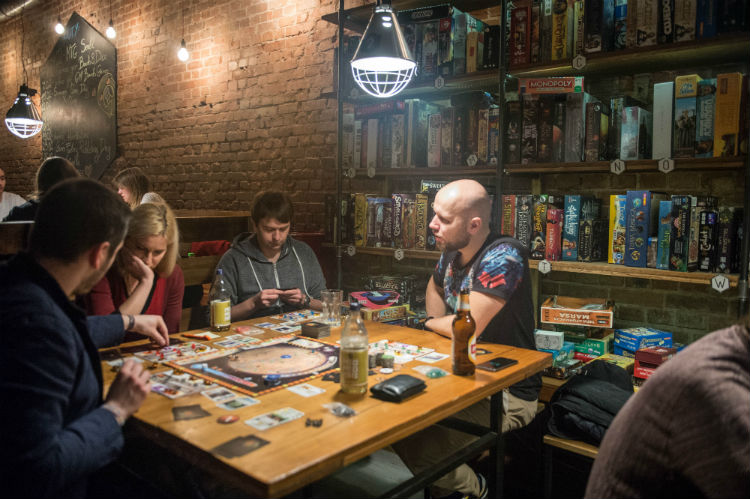 Krzywy Komin
ul. Dubois 33-35
A cultured community center with a downstairs gallery, art workshops, computer rooms, conference facilities and a zany security guard who can’t wait to tell visitors about his days in the States.

Łokietka 5
ul. Łokietka 5
Despite the dearth of English-language material, the keen staff at Nadodrze’s unofficial info point know the area inside out and will answer every question you have. 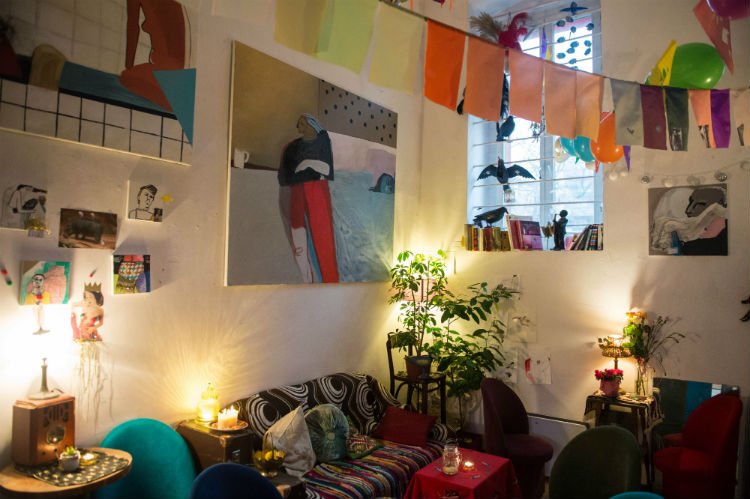 Macondo
ul. Pomorska 19
In the front, a cramped store selling Latin-looking handicrafts and trinkets plus the works of Gabriel Garcia Marquez. Out back, a super snug cafe decorated with a secret mezzanine and local art. You’d be surprised how many customers can squeeze in. 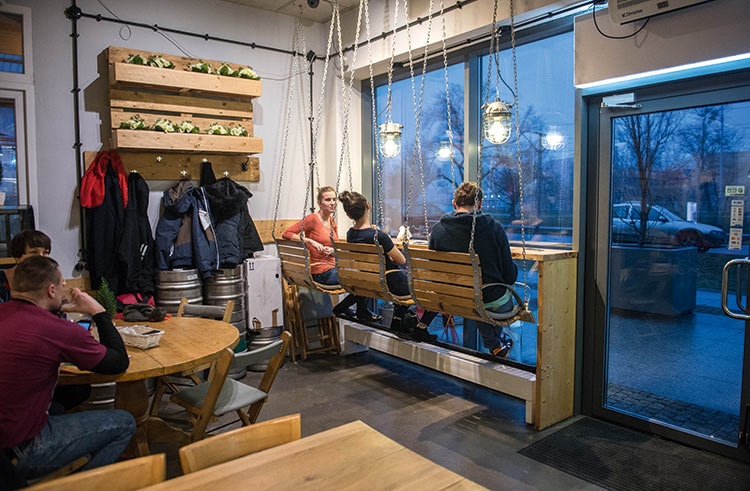 Nadodrze Cafe Resto Bar
ul. Drobnera 26A
You’d think the star attraction would be the swing seats in the window. Actually, it’s the food: waxed whiskers and hip fashions abound inside a hangout space that excels in transferring local produce from farm-to-table. 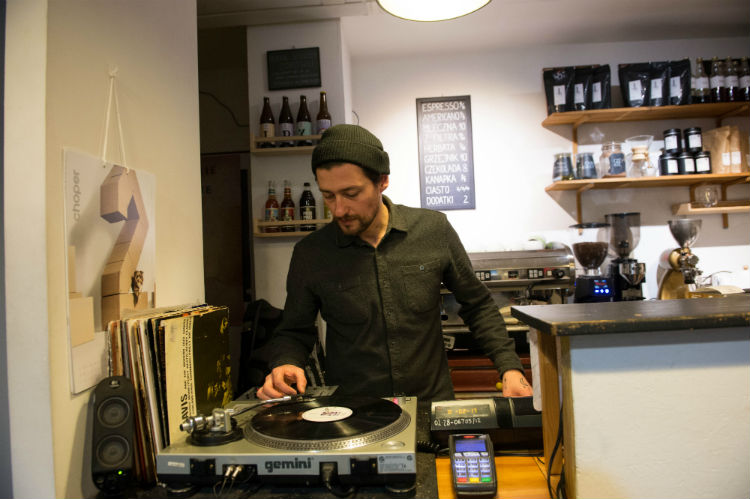 Cafe Rozrusznik
ul. Cybulskiego 15
A small coffee stop / bar with good vibes and bar staff who – when they’re not brewing coffee – like to get behind the decks to muck around with the vinyl collection. 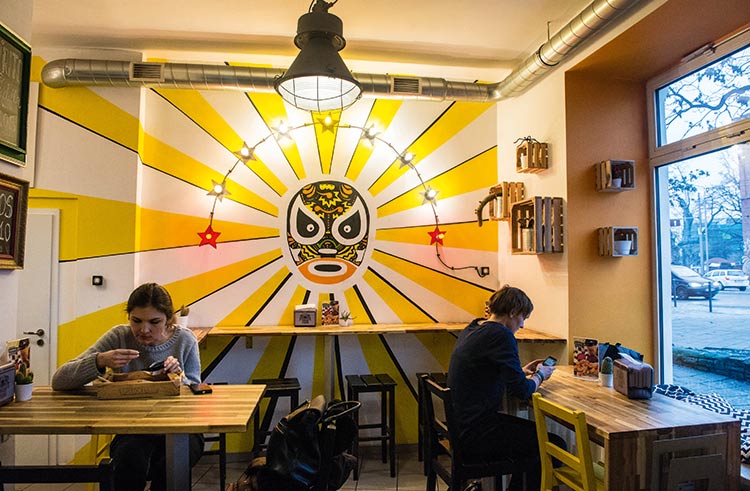 Tacos Locos
ul. Cybulskiego 3
Highly passable burritos inside an informal interior dominated by a mural of a tangerine-colored wrestling mask.