Officially ranked the 7th most vegan-friendly city in the world, Warsaw’s plant-based scene continues to expand at a rate that feels close to exponential – during the last roll-call, there were 161 restaurants to pick from! Sensibly, we’ve whittled that choice to a more digestible figure… 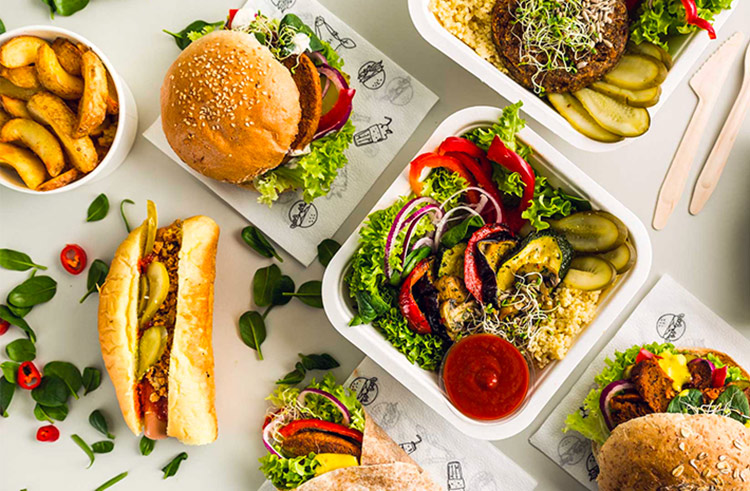 Krowarzywa
Tatts, hats and plaid shirts aplenty in Krowarzywa: a survivor of the hipster era, for many it’s the epitome of Warsaw’s vegan scene. The burgers set a benchmark that all but a few can surpass.
ul. Marszałkowska 27/35, ul. Hoża 29/31, ul. Jana Pawła II 41a  and Hala Gwardii, krowarzywa.pl 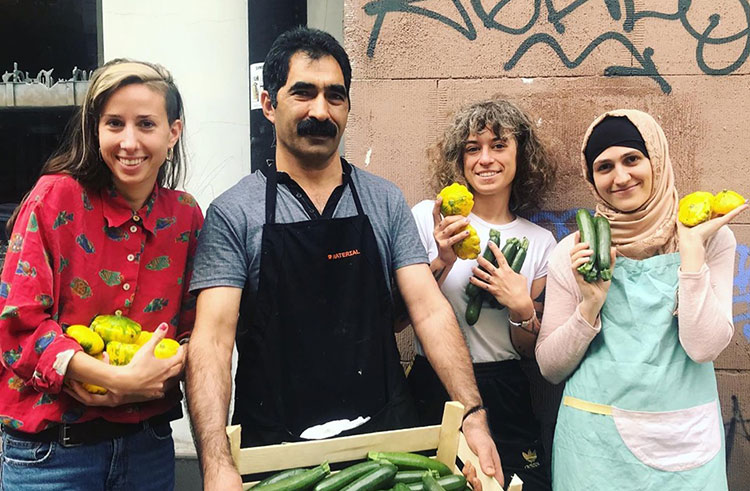 Kuchnia Konfliktu
First came a food truck, then a cargo container. Now, Kuchnia Konfliktu have a legit address they can finally call home. First founded to provide work for refugees fleeing conflict zones, this social project has won acclaim not just for social initiative, but also for its food. With employees hailing from the likes of Iran, Afghanistan, Chechnya and Iraq, prepare to dive deep into the exotic.
ul. Wilcza 60,  fb.com/kuchniakonfliktu 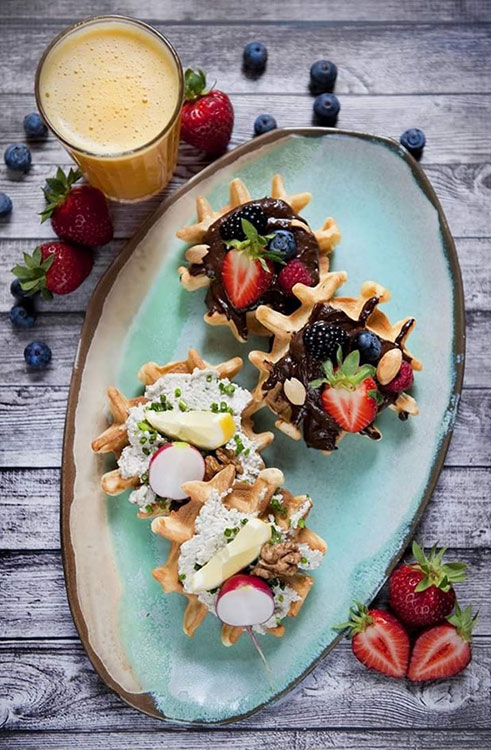 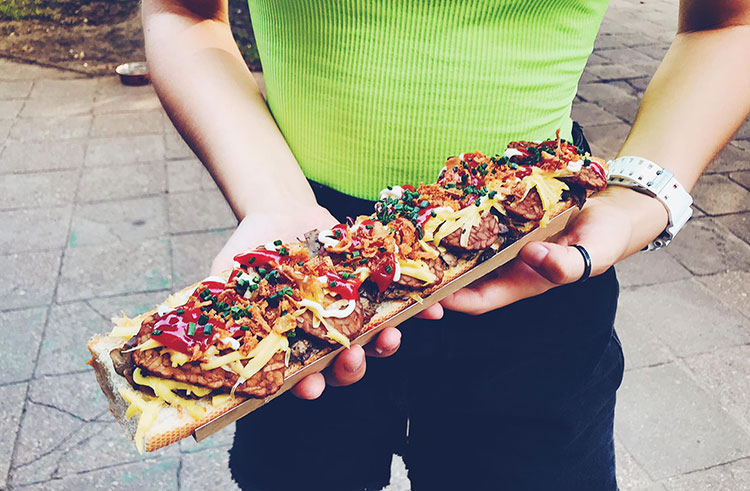 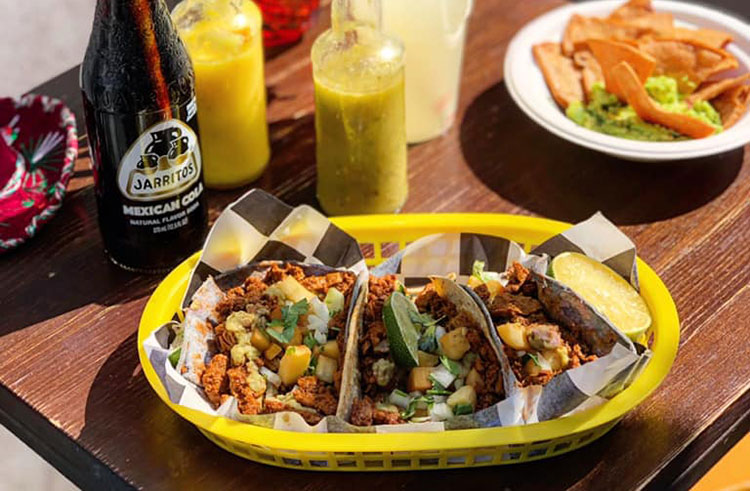 Momencik
Steamy, tight and sweaty, this pokey subterranean cavern has one key thing going for it: burritos that outrank the majority of ‘proper Mexicans’ in town. The salsas, too, are magnificent (ooh, pineapple), arguably the best in the city.
ul. Poznańska 16, fb.com/momencik 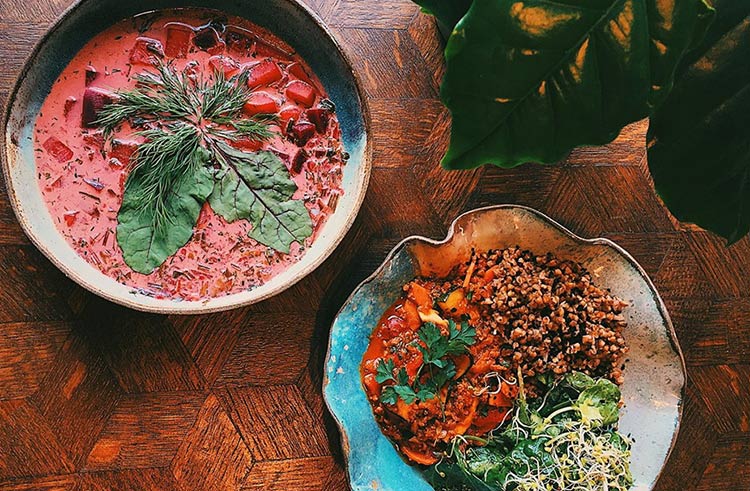 No Problem
Restaurant, bar, hangout: call it what you will, there’s much to like about this versatile all-rounder starting with a design that’s all scuffed brick, wood furnishings and crazy murals of an all-seeing eye. Now you’re seated, combine eco-minded bites such as Korean Fried Tofu with a small choice of frontier-bending craft beers.
ul. Bracka 20, fb.com/noproblembracka20 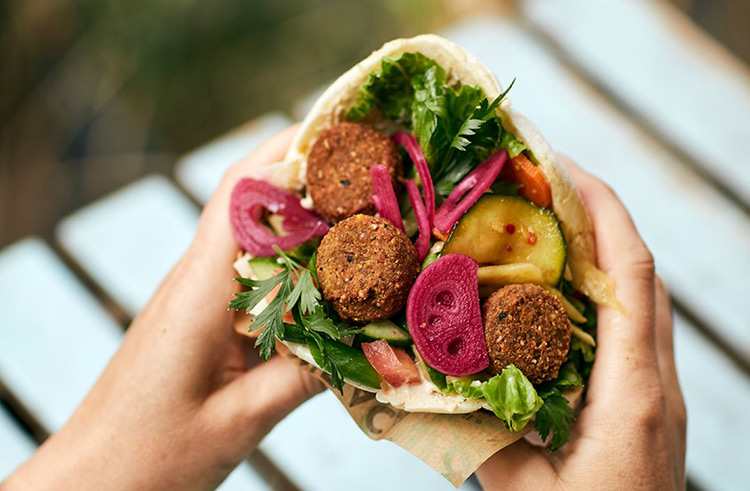 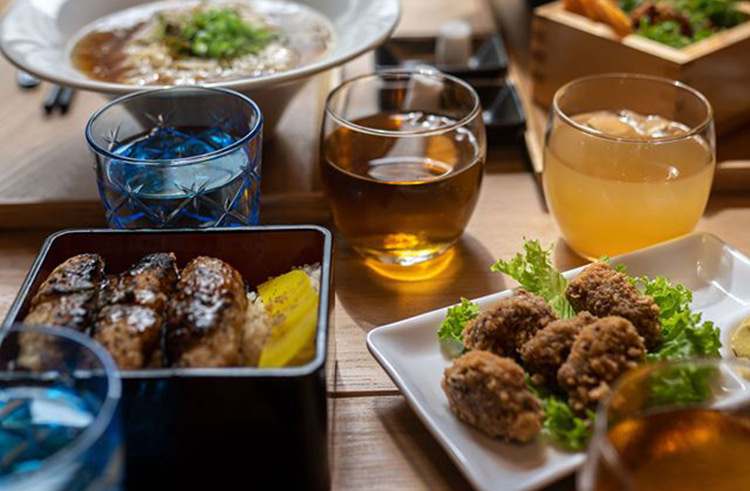 Uki Green
Brought to you by Taira Matsuki, the owner of the outrageously successful Uki Uki, the menu includes alternatives such as kimchi-cheese gyoza dumplings, spiced soy meat and ‘vegan eel’. The real plaudits, however, are reserved for the ramen. A pure umami foodgasm, pair your broth with a cute wooden box filled with seasonal vegetable toppings and a crazy colored butterfly pea flower tea before spoiling yourself with a jet black charcoal and coconut ice cream – you won’t regret a thing. You’ll be tagging yourself in an interior that’s big on Japanese wood joints and concrete finishes.
ul. Koszykowa 49A,  fb.com/ukigreenramen 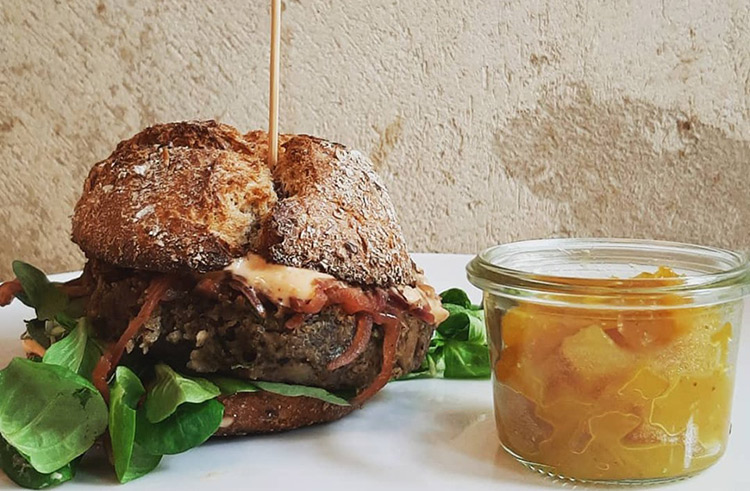 Veg Deli
An entrance beset with candles, plant pots and seasonal veg charms people in, and they tend to stay on to dine on creative vegetarian options that nearly always hit the spot. The tacos are a bit of a disappointment, but the quinoa burger is fabulous, and the homemade Russian pierogi an absolute highlight. As for the mushroom burger: wow. Even committed meat eaters recognize there’s something special going on here.
ul. Radna 14, vegdeli.pl 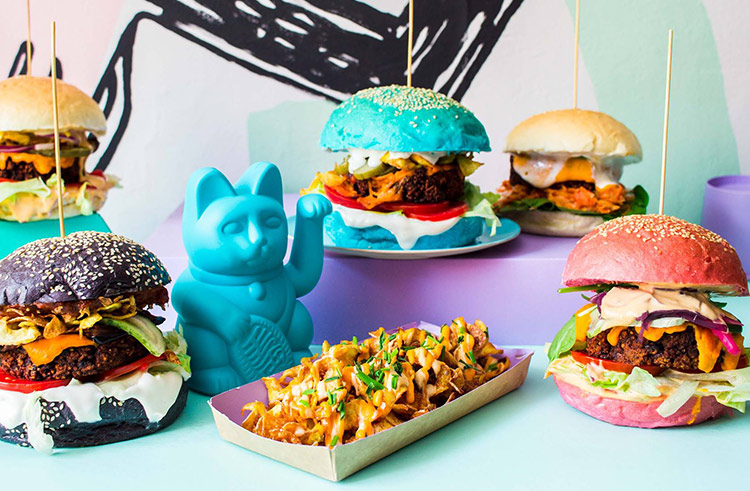 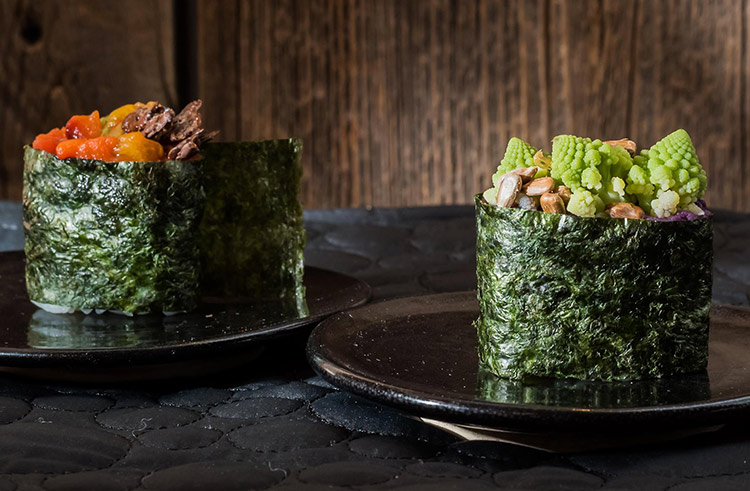 Youmiko Vegan Sushi
Exceptional in every respect, Youmiko’s tasting menu is one of the undisputed highlights of what’s become known as the vegan square mile. “Our aim,” declares their manifesto, “is to mix traditional Japanese approaches with Polish creativity and surprise you with new textures and flavors.” Mission accomplished.
ul. Hoża 62, youmiko.vg