There’s a school of thought that suggests Old Town’s handsome charm is skin deep. Well, what about going under the skin and right down below…

We all know that Old Town was rebuilt after the war, but that’s not to say all of it is new. The methodical zeal demonstrated by Nazi demolition squads might have left the historic center looking more like the Moon, but some bits survived – namely, the cellars. On the whole, however, funds during Warsaw’s reconstruction didn’t stretch far enough to restore them, and as such many found themselves simply secured and filled with rubble. Only recently has that changed.

A cash injection from the Norwegian Financial Mechanism has seen work carried out on a swathe of these, and as of last year they’re now open for business. The most high profile are situated underneath the Historical Museum (Rynek Starego Miasto 28-42), where the basements of the eight tenements that comprise the north side have been fully restored. 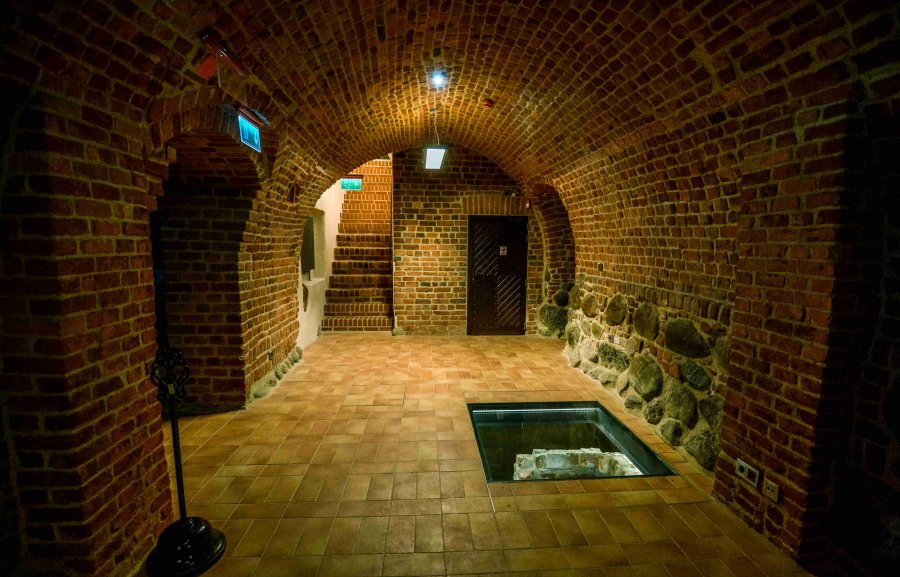 While some of these chambers and passages are thought to date from the 15th century, a few of these old timers owe their survival to some prescient work conducted pre-war. In 1938 it was decided to convert the building into the Museum of Old Warsaw, but the work took an accidental twist and some supporting beams in the cellars threatened to collapse. Oops. They were hurriedly replaced by a steel beam and, as an afterthought, fireproof ceilings were added. Inadvertently, this move saved many of these structures when the Germans came to town. Even so, scorch marks from Nazi flamethrowers remain evident in some.

But as fascinating as this is, you can’t help but get the feeling you are wandering about a set of empty brick rooms – the displays are infrequent, and for the most part only feature copies of the artefacts uncovered by recent digs (for instance, a horde of coins thought to have belonged to wine merchant Krzysztof Kiś – it’s thought they were hidden by him in the 18th century when the Swedes were running rampant). And staring down a hole (it’s unknown whether it was used as a well or as a toilet) can only hold the attention for so long. For something altogether more intriguing, then visit the subterranean Heritage Interpretation Center (ul. Brzozowa 11-13). 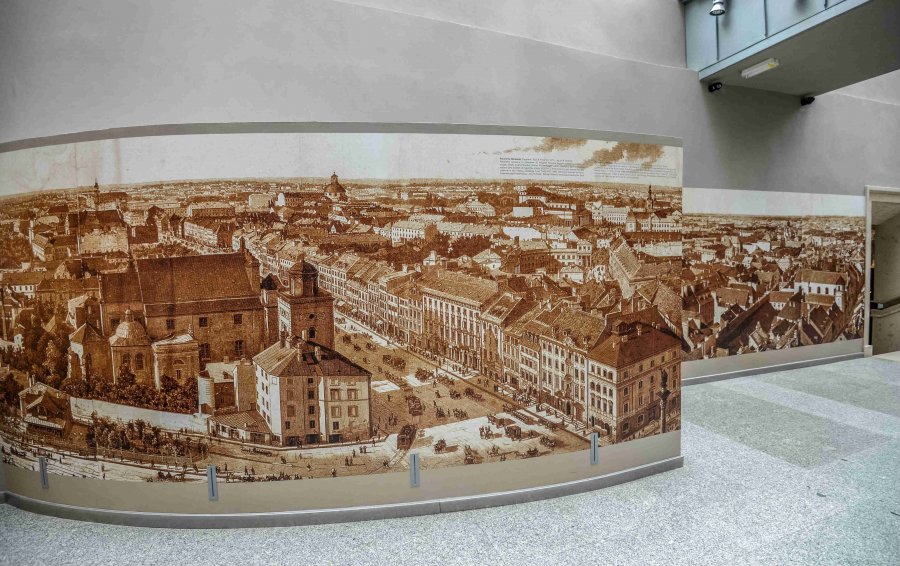 Beginning with a gigantic tapestry of Warsaw circa 1873, this little known venue tells the complex story of Old Town’s reconstruction, while at the same time putting some myths to rest – for instance, that Canaletto’s 18th century paintings of Warsaw were essential to architects looking to recreate the Warsaw that was. In actuality, documentation and drawings made by Oskar Sosnowski’s inter-war architecture students were a far more valued source.

Walking over a glass floor, beneath which lies smashed masonry and columns recovered from the ruins, a series of then-and-now slides and pictures document Old Town’s annihilation and the subsequent exile of its habitants on September 2nd, 1944. Fortunately for us, Sosnowski’s archive was rescued from the Faculty of Polish Architecture – on the same day Bruno Korotyński’s Varsoviana collection was retrieved from a burning building. Hidden first in a fire station, and then in the upright coffins of monks in a Bernadine monastery, these were to form the basis of the rebuilding project.

As early as March 1945, staff of the Historic Architecture Department began sifting through the rubble collecting objects of interest, and while whack job ideas were mooted to leave the city as a ruin or, even, transform it into a memorial lake, these never really gained momentum. Finally, in 1949, a six-year plan was approved to rebuild Old Town. 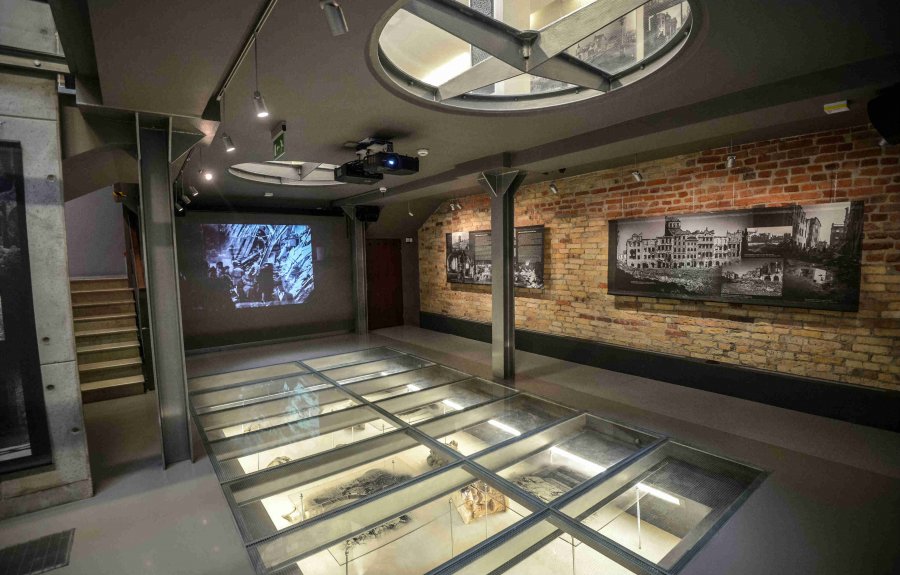 Prior to the war this area of town was scruffy, rundown and regarded as a district for the sub-class. The reconstruction allowed architects the opportunity to remodel it to meet the criteria of a modern housing estate and ‘return’ it to the general population. Reading the detailed text boards, we learn this was not necessarily straight-forward – three different projects were prepared, and there were political conditions that also needed to be satisfied.

The communist government had planned only to reconstruct three sides of the square, leaving the east side empty as a symbolic gesture that would personify Poland’s new political direction. It is a credit to the architects, planners and workers that they were having none of that: under orders from Jan Zachwatowicz, a crew of builders set about rebuilding the eastern side in the dead of night. Zachwatowicz’s gamble that the commies wouldn’t want to risk offending the public by dismantling it proved dead on. Visiting the Rynek, party leader Bołesław Bierut is alleged to have decreed, “we cannot knock down what the working class have already built.” 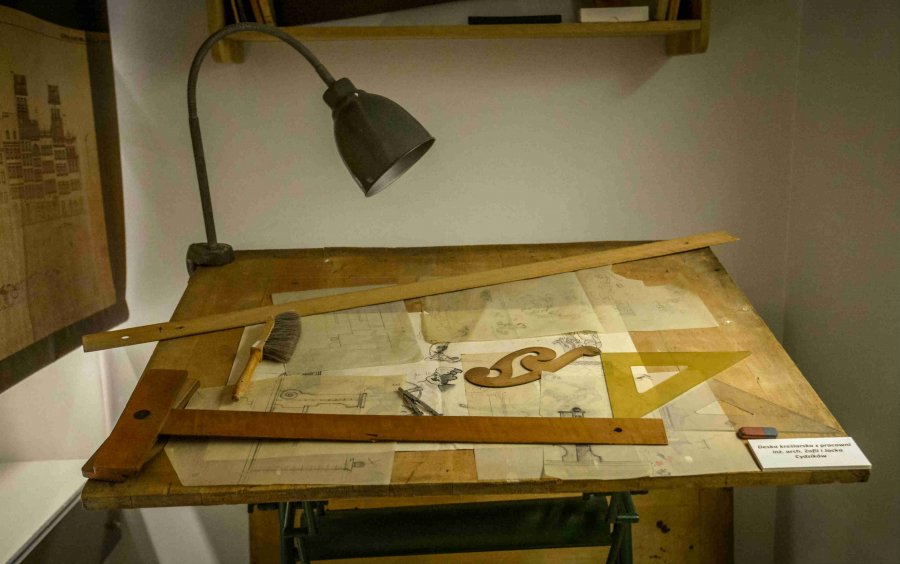 But if that side was saved, the Royal Castle – emblematic of Polish independence – faced bigger problems. Approval for that was only rubber stamped in 1971, and even then the government refused to donate a single groszy to its reconstruction: what you see was completed in 1984 and entirely funded by the public. Seeing the photographs of the castle as an empty shell, its boundaries ringed by kiosks, one appreciates the sacrifice made by those who pushed hard for it to happen.

And the Heritage Interpretation Center is nothing if it is not a heartfelt tribute to those architects who labored so dutifully. If the first section about Warsaw’s physical elimination is poignant, then the others do a fabulous job of sharing the optimism and alacrity that followed. Ending on just such a high note, the exhibition concludes in a cinema where three projector screens show Old Town coming full circle and back to life: the black and white images of 60s, 70s and 80s Warsaw are – at times – hilarious, and backed by a seriously groovy soundtrack that you’ll be humming long after.