Behold, the best nalewki you’ll never drink: chili-mint infused Imperial Warsaw Dragon’s Mouthwash. So rare is it, there’s only one bottle in the world and, wouldn’t you know it, it’s found by my bed. Blended and bottled (and then accordingly labeled), it’s my unique take-home keepsake from The Vodka Institute.

Set inside a modest subterranean lair accessed via an office block garage, the idea is the creation of Ryan Bromley, a global citizen with a history rooted in the F&B sector. “I wanted to present vodka in a different light,” says the former chef to the British ambassador, “to demonstrate that there’s much more to it than you’d first assume.” This is done through two-hour workshops that lay bare the quirky history of distillation not to mention the development of the craft vodka industry.

This, of course, is more than just a lecture. Requiring plenty of hands-on action, demystifying the drink involves sips of this and nips of that, a tasty journey that enables groups to experience the full range of nuances that good vodka has. With their palettes now educated, classes move to blending their own one-of-a-kind nalewki tinctures, a process that’s educational, rewarding but above all else fun. Leaving, it’s with knowledge broadened (and bags clinking)… 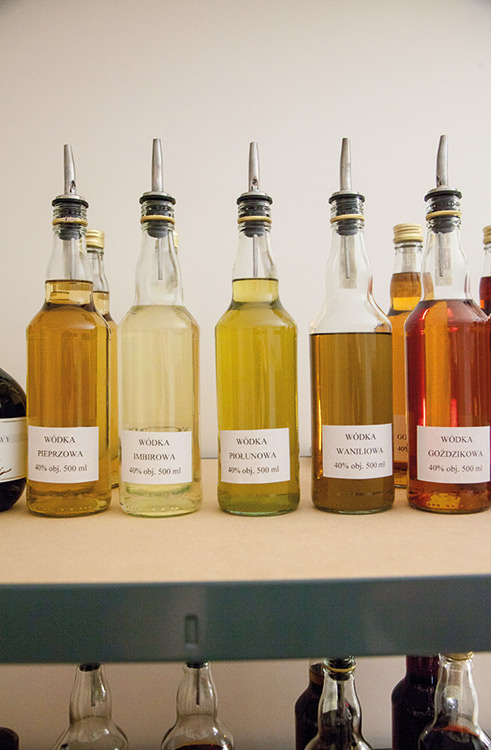 WI: In terms of profile, what are the differences between potato, rye and wheat-based vodka?
RB: Potato vodka is creamy and warm. There is a viscosity in potato vodka that you don’t find in the others, which provides a very pleasant ‘mouth feel’. The flavor profile is complex and engaging. Rye vodka, on the other hand, has a sweetness to it which balances out a touch of pleasant bitterness (such as that found in coffee). It also has a slightly spicy note, which makes it very good for mixing. Finally, wheat vodka also has a sweetness to it but that sweetness has a more caramel nature. The nose is floral and overall is much lighter on the palette than the potato or rye.

WI: How would you recommend people sample vodka?
RB: The most important message that I would like to illustrate through the workshops is that craft distillations of vodka are exceptionally interesting – each varietal has vastly different flavor profiles. It’s an exciting time for craft distillations, as there is very much yet to be explored. Most people are only familiar with vodka shots, where vodka is a means to an end.

I would like to show that good vodka stands up to whisky and cognac in its variety and possibilities for sipping pleasure. Like wine and whisky, there is a process of education that is required in order to understand and enjoy premium distillations of vodka. In some cases, the quality of the distilled spirit in craft vodkas is much better than that found in many popular whiskeys.

People traditionally chill vodka in order to hide undesired flavors and tastes. If vodka is very well distilled then there is no need to chill it. Instead, by drinking it at room or cellar temperature, the flavors that the distiller has worked to develop in the distillation become evident. Sipping, rather than shooting, is a practice that extends across all craft spirits, as such spirits should be savored for the work that’s gone into crafting them.

I’ve found that the more I live with different varietals of vodka, the more I find a mood for one or the other. Sometimes potato is the perfect ingredient for my mood, other times it’s wheat or rye. This is the same as how a highland or lowland whisky will appeal to me at different times, or how a certain variety of grape is better suited to certain weather or meals.

I think that single-distilled vodka’s should be more often paired with meals: the reason that we don’t do this is simply one of cultural habit. While some dishes pair beautifully with wine, others work even better with vodka. People who are trying to better understand vodka should buy a bottle of good single ingredient, one-time distilled vodka and sip it for a while at room temperature; learn to understand what makes that ingredient special. Then try a bottle made from a different ingredient – the differences are vast.

The only way to learn about flavors and fragrances is to live with them for a while; we must spend time with them in order to understand them. This is true of vodka, food, music, art, people – all of the best things in life. We are privileged in Poland in that Chopin Vodka is making the best spirits in this category in the world, so these distillations are more accessible to us here than anywhere else. We should be proud of that, and certainly enjoy these special distillations. 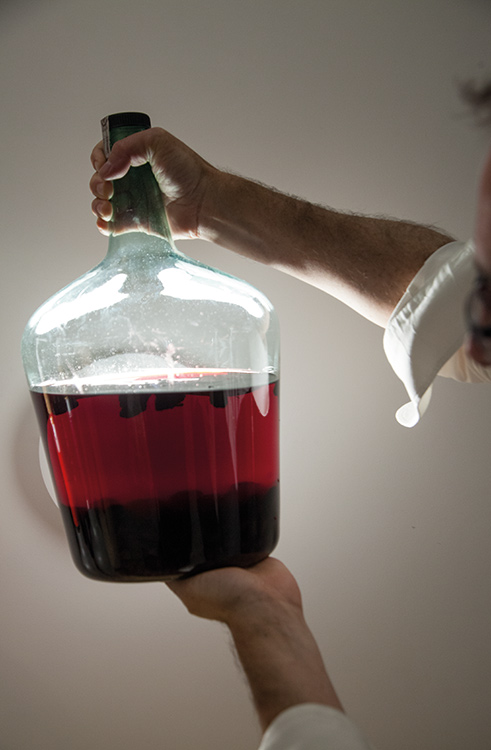 WI: What should people look for in a vodka?
RB: Don’t be distracted by the bottle – it’s a marketing ploy. First off, look for the ingredient that is being distilled – if it’s not listed on the bottle (preferably on the front) then they don’t truly care. If the distiller doesn’t announce the ingredient that their vodka is made from then avoid them. In the same way, good distillers are very proud of their ‘kitchens’; if the location of the distillery isn’t listed on the bottle then it’s probably made in a large, third-party factory and then dressed up in a fancy bottle. ‘Distilled’, ‘rectified’ and ‘bottled’ are very different processes – you are looking for ‘distilled in …’.

Avoid flavored vodkas – the essential oils added to them usually hide poorly distilled spirit, and are often filled with sugar. Finally, the less number of distillations, the more you will experience the flavor of the ingredient being distilled. Almost all vodka is distilled at least four times, so you’ll have to hunt to find a single or twice distilled vodka. But they’re worth hunting for! 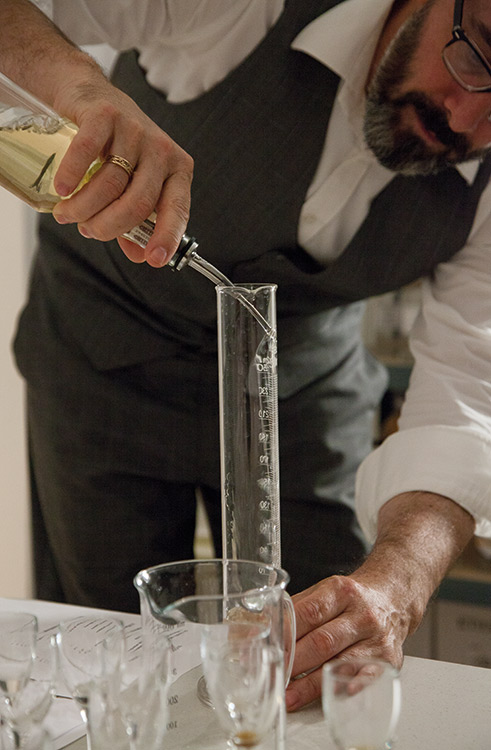 WI: What would you like to see more of in the vodka industry?
RB: More transparency and categorization. Most vodka companies are hiding where their spirit is distilled and from which ingredient it’s distilled. Most of the ‘Polish Vodkas’ are only Polish in name. Most vodkas have flowery narratives that don’t hold up under the scrutiny that we expect within the food industry. If we can expose the essential details of how, where and from what vodka is distilled then the quality of vodka will improve. This requires an educated customer with higher expectations.

I’d also like to see more sensible legal definitions for vodka. At the moment, the legal definitions for vodka in both the EU and the USA require that vodka is ‘overcooked’ (four times distilled). If you have an amazing piece of fish and you cook it four times then nobody would eat it. If you have an amazing ingredient and you want to show off its special qualities in a distillation, then you have to distill it less. The less you distill an ingredient, the better the master-distiller must be because there’s no place to hide; good vodka only has three ingredients – the ingredient being distilled, water and yeast. Categorization could allow for appellations as well various numbers of distillations.