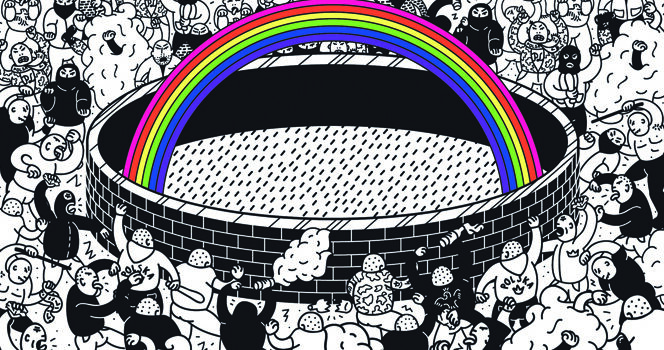 It’s been announced that this year’s Independence Day march by the far right National Movement (Ruch Naradowy) has been rerouted to prevent a repeat of the rioting that marred last year’s parade. Held on November 11th, last year’s march descended into mayhem after masked youths besieged a squat, set fire to pl. Zbawiciela’s rainbow installation and launched a sustained attack on the Russian Embassy. In total seventy-two thugs were arrested and twelve police officers injured.

While, traditionally, the day sees numerous marches snake across town, it is Ruch Naradowy’s that has the highest profile. Attracting yobs from across the country, a history of trouble has seen it unofficially rechristened ‘the hooligan walk’. Now, it seems, enough is enough, and organizers have been told by police to put their house in order. Avoiding the flashpoints of last year, November’s march will begin on Rondo Dmowskiego before finishing at Park Skaryszewski in Praga. Between 50,000-100,000 people are expected to attend, and while Ruch Naradowy officials claim it will be a celebration of the 150th birthday of nationalist Roman Dmowski, others are taking no chances. Already, a Facebook group is calling on locals to form a human chain around Zbawiciela’s rainbow – interpreted by the right as an LGBT symbol – to protect it from another attack.