As summer reaches its final stages, join us for Part I of our walk rediscovering the hidden and not so hidden corners of Warsaw's historic Old Town...

The northern end of the Rynek doesn’t just host the fab Museum of Warsaw (if you don’t know: the top floor view is stonking), but what I reckon on being the oddest and most hideous gargoyle in the historic center – what is it? Who is it? We’re open to find out more. 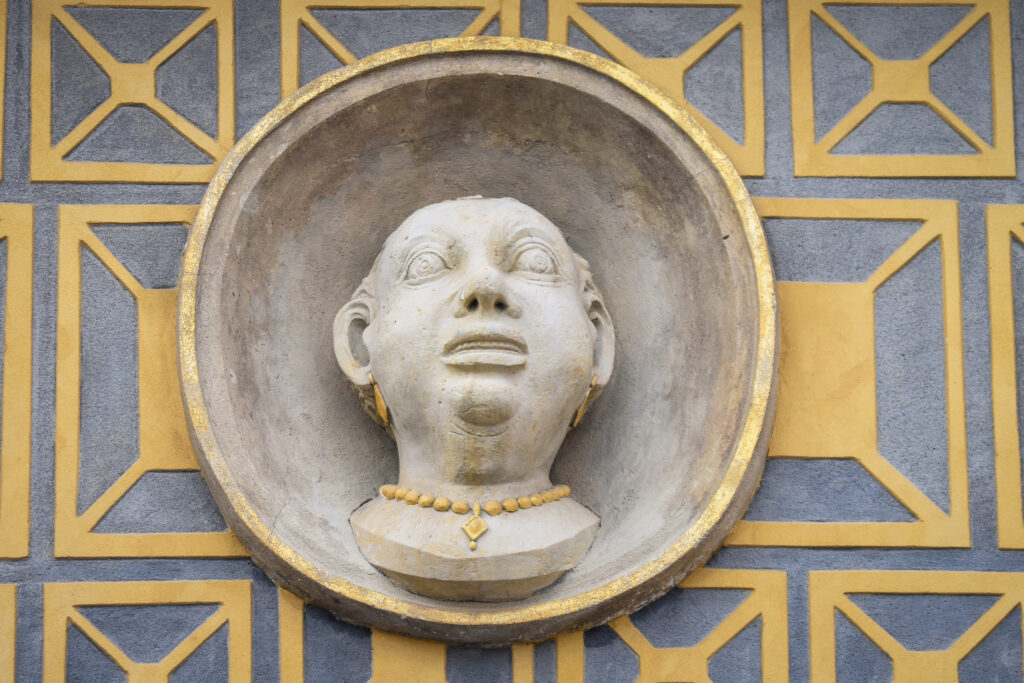 Next, I can never resist following in Napoleon’s footsteps and traipsing down Kamienne Schodki. On this stone stairwell he was meant to have pondered Eastern conquests in 1806. 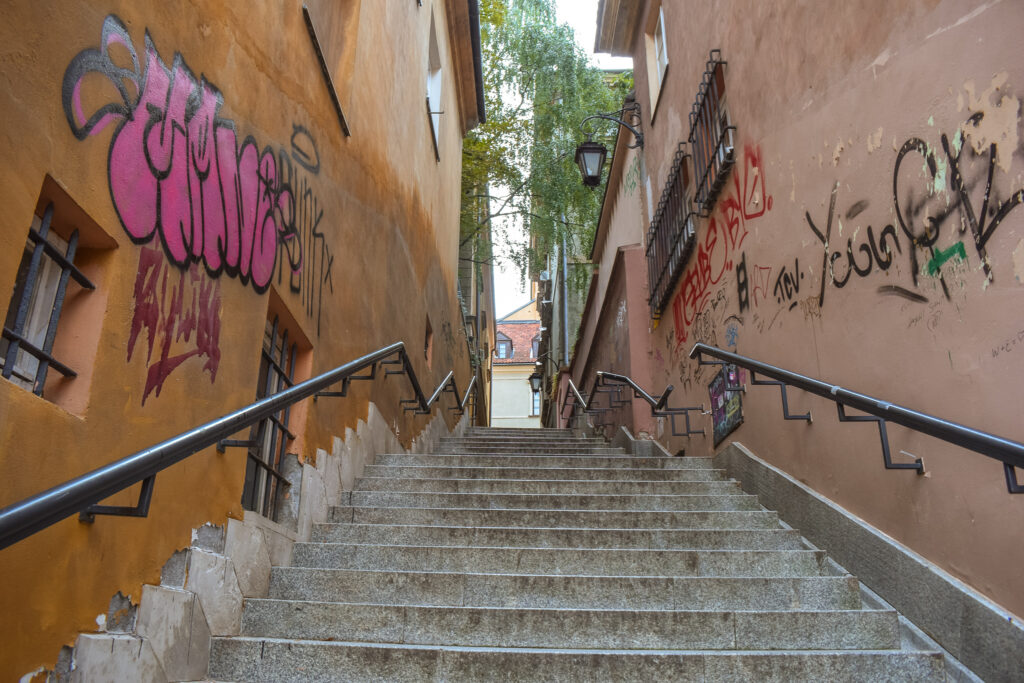 Though generally defiled by squiggles, keep an eye out for a piece of street art called The Watcher by the Poznan rebel artist Noriaki. 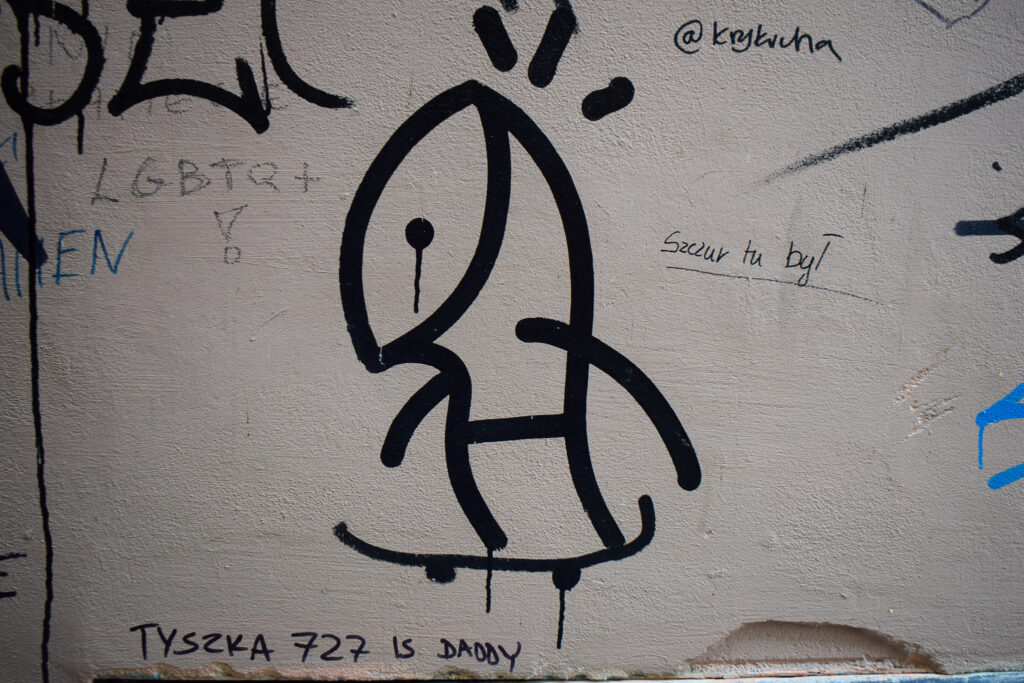 Onwards! Brzozowa street was far from faithfully rebuilt, but it’s not short on quaint charm: pointy-roofed tenements accessed by private footbridges as well as hidden back courtyards that would have once led you to the mythical Tomba Tomba – a hedonist’s paradise complete with Jacuzzi frolics! 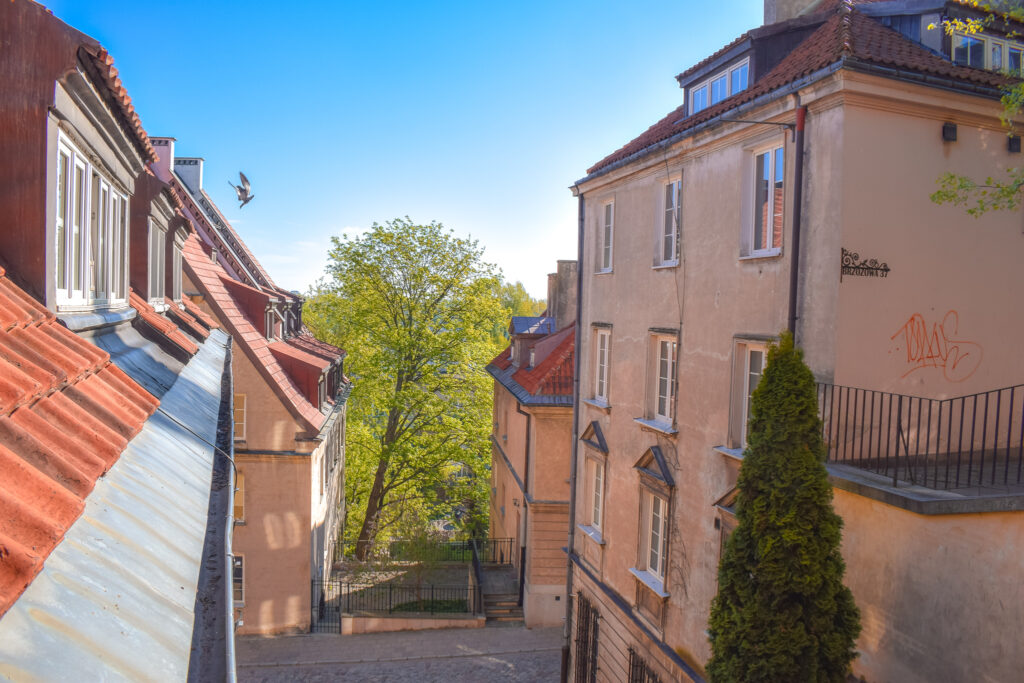 I love how now this feels like a secretive residential quarter, but not as much as I enjoy walking past the curious statue of the city’s founders, Wars & Sawa, before climbing the concrete spiral stairwell for unimpeded views of the colorful New Town. 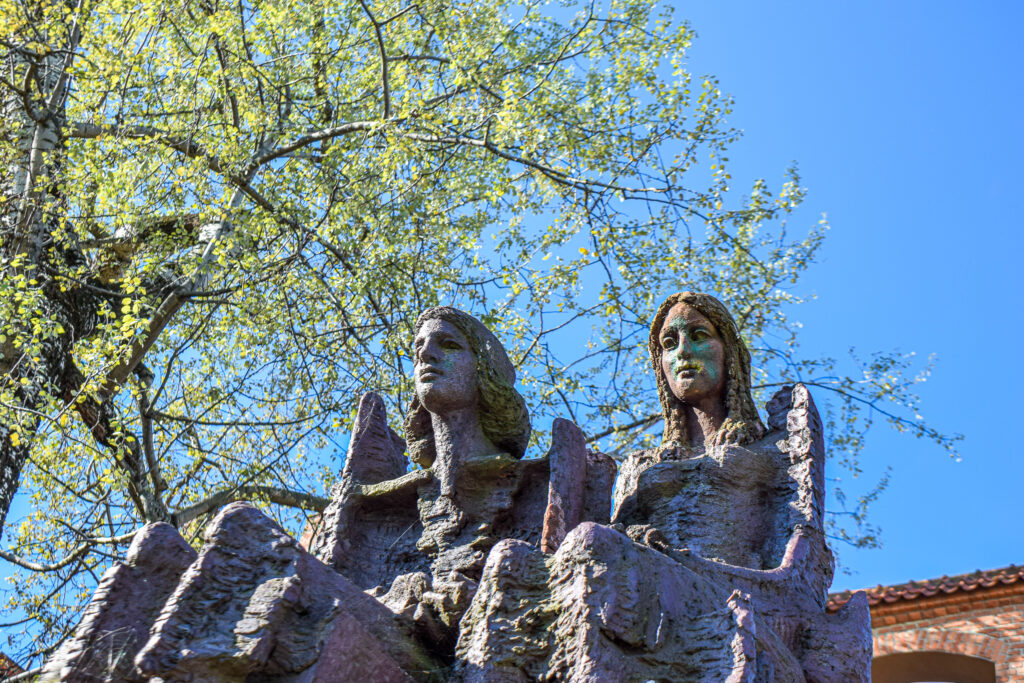 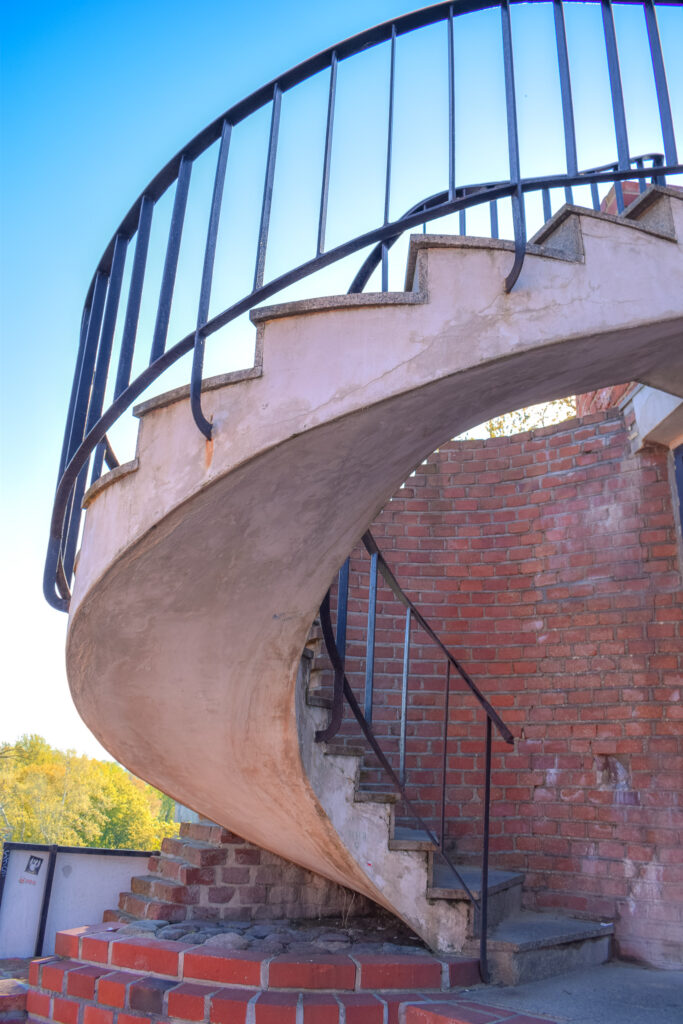 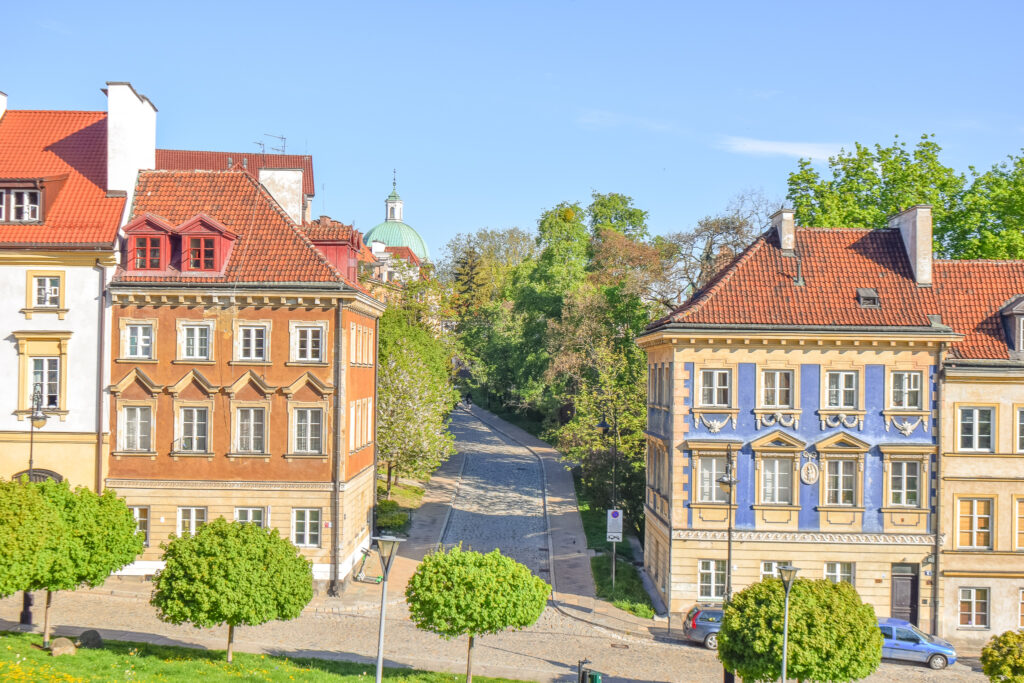 Walking the defensive walls, the Barbikan should be avoided at all costs during peak tourist hours, but outside of these it has a haunting quality that’s particularly pronounced when tall, dark shadows dance on the cobbles. 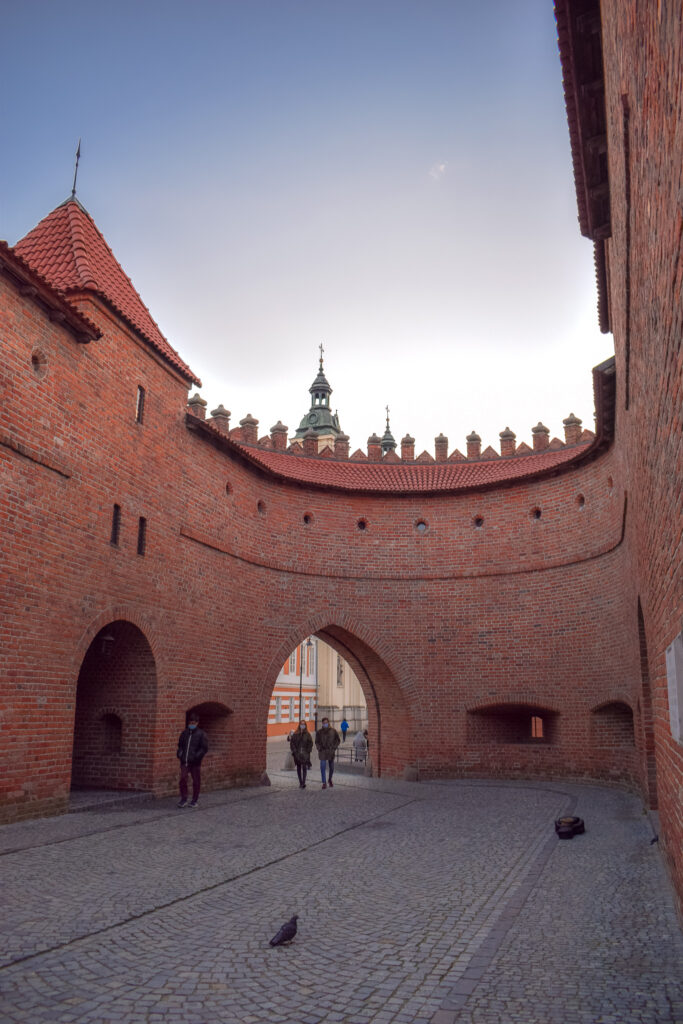 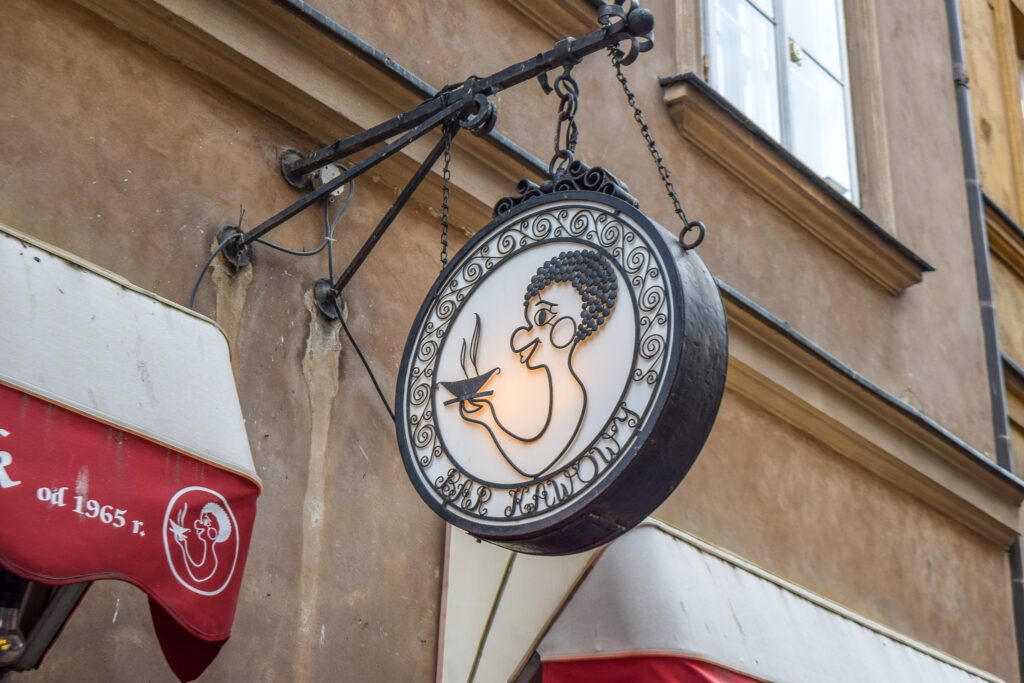 These intricate signs were added in the PRL period to flag up local businesses: all were innocent enough (a pair of specs to highlight an optician, etc.), but because Murzynek sold black coffee it was deemed logical for the sign to feature a coffee-sipping African with exaggerated features.

Finishing your walk, do so back at the Rynek as you lap up the last rays of summer. 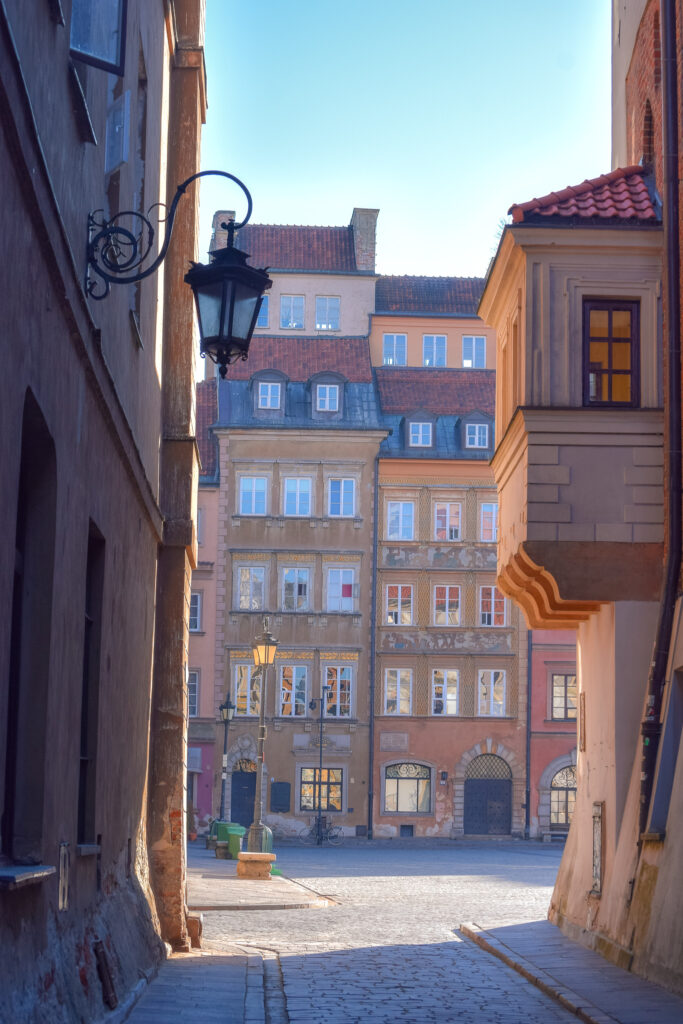