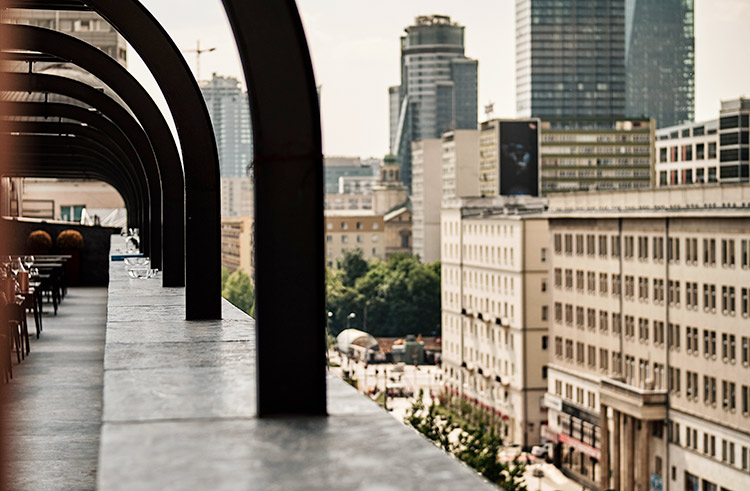 The Hotel Warszawa. Reopened for business last November, find yourself inside a swank hotel occupying the pre-war Prudential building. First completed in 1933, and put into use the following year, the 16-storey tower was, for a time, Europe’s second tallest skyscraper. Iconic and historic, the image of it being hit by a two-ton shell during the 1944 Warsaw Uprising has become one of the defining images of the insurgency. Revived by the Likus Group as a design hotel, it’s a magnificent sanctuary from the world outside. 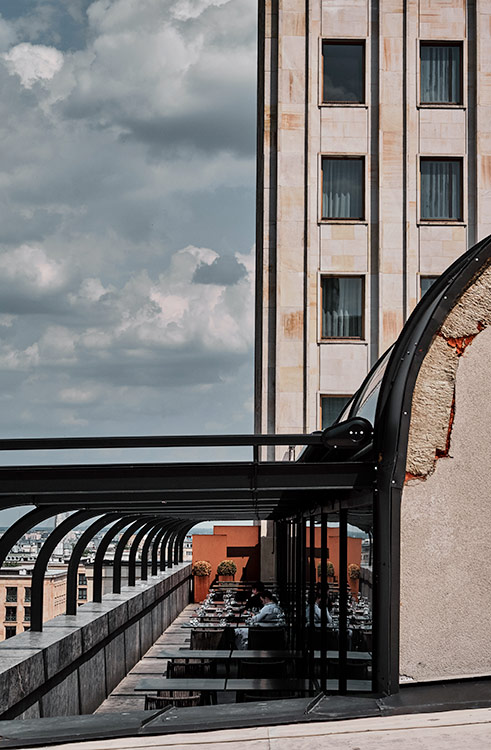 Head to Floor 6. There lies Szóstka, a long, slick space decorated with steel tubing, bursts of greenery and a coved glass ceiling. But it’s outside where everyone heads, to a sparsely furnished terrace with killer views of the city below. Clinking glasses out here is the ultimate sunset moment. 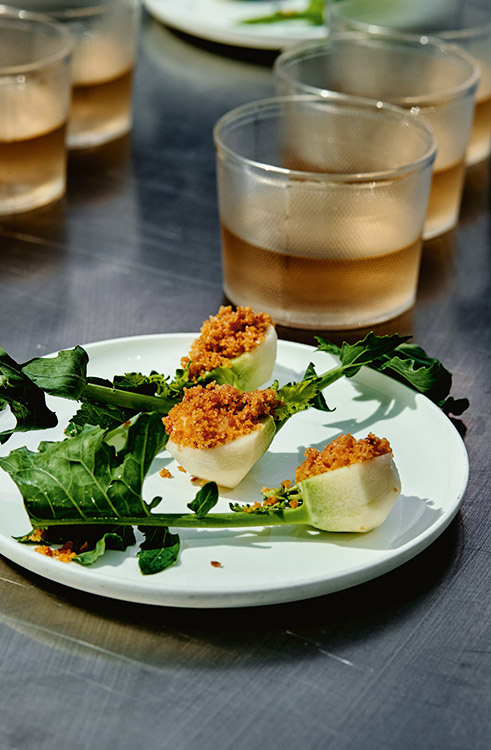 Drumroll for Dariusz Barański. Once tipped by the nation’s culinary godfather, Wojciech Amaro, as the next Pole to win a Michelin star, his gastronomic style was influence by early stints at household names such as La Gavroche, Claridge’s and Sketch. This guy is good – and seriously so. 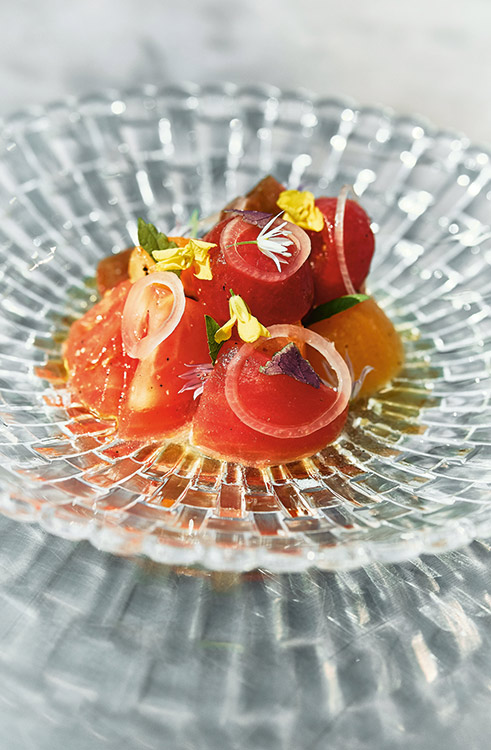 First, expect a load of freebies to land your way: in our case, a refreshing acai tea; radish with goat cheese and pickled rose petals; and a sprig of kohlrabi. With applause still ringing for the amuse bouche, along came a vibrant starter of tomatoes, cheese and chives (zł. 34), followed by a main of prime beef rib served with a blob of onion ketchup (zł. 95). As an ending, the sorrel & mint parfait (zł. 34) felt like a cooling blast of contemporary cooking. Fabulous stuff that’s backed up by cocktails of merit.