After a torrential downpour and thunderstorms on Friday evening, the Warsaw Rugby Tournament 2016 at AWF kicked-off the following day in blistering sunshine, welcoming teams from all over the world for two days of sun-baked rugby and three nights of partying.

After an exciting first day of rugby, cult local band 36.6 played a pitch-side gig as the sun set. The second day saw the conclusion of the tournament and included plenty of activities for all the family, with a bouncy castle, tag-rugby lessons for kids and an exhibition match between Frogs&Co and Legia junior teams in memory of the recently deceased local rugby legend Alex Domoradzki.

In the Ladies tournament, the Abu Dhabi Harlequins beat French team Chilly Mazarin in the final, whilst in the men’s side of the draw, Portuguese side Técnico Tino’s beat Not Racing Metro (London Metropolitan Police) to become the 2016 champions. Abu Dhabi Harlequins became the first team in the tournament’s 20-year history to simultaneously win the Most Honoured Team trophy – for embracing the spirit of social rugby. This year the tournament raised over zł. 15,000 for charities and good causes and was attended by well in excess of 500 people. 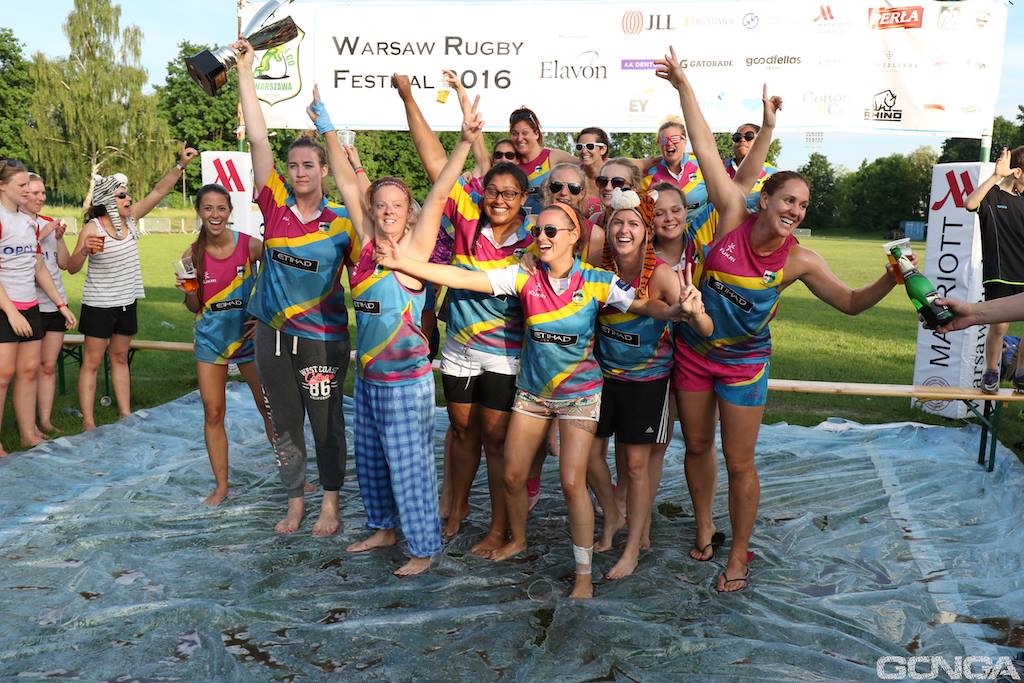