As part of our ongoing series concerning the future of Warsaw’s architecture, the Insider speaks to Magda Grabowska and Aleksandra Litorowicz from the staggering Futuwawa website – ‘an interactive exhibition space for urban projects related to Warsaw’.

It is chaotic, but we find this arrangement of layers (architectural, urban, aesthetic, and historical) extremely interesting. We’re witnessing many new investments, though at the same time have to face the challenges that come along. To name just a few: the need for skilfully conducted public consultations, the process of revitalization, as well as ‘ghettoization’ which has been brought about by numerous housing estates in Warsaw (many of them under constant surveillance and surrounded by fences).

We have observed a certain fondness for modernism and the taming of the architecture from the PRL period. On the other hand, we’re still waiting for new projects for the capital – both realized and unrealized – coming from the most prominent starchitects (idols of the architectural world). We really hope to see phenomenal architecture that follows current world trends in the field. The observed changes, as well as the number of proposals submitted each year to Futuwawa are proof that Warsaw is changing right before our eyes. 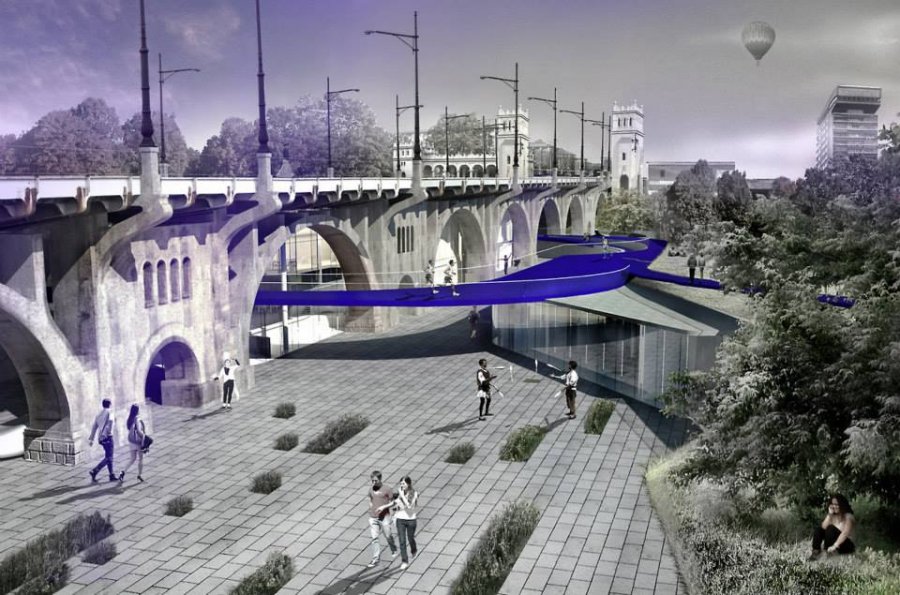 In terms of sheer creativity what is your favorite project…

The website includes 400 projects, so it would be difficult to choose just one. Above all, we welcome a broad spectrum of ideas. They range from solutions presented by amateurs or students, to professional projects from Polish and international architectural studios.

We like projects that are bold, futuristic and that satisfy the assumptions of ‘future Warsaw’. That’s the case with the idea for the metamorphosis of PKiN proposed by Maciej Nisztuk. There’s also the underwater metro station and a giant swing on the Intercontinental hotel building (conceived by Przemek Kaczkowski from 100procent and Marek Gliniewicz), or the Mixer Skyscraper (tomcat.arch.design studio). These projects ‘extend’ our perception of the city.

We also appreciate projects that are ready to be carried out in the nearer future as they are usually meticulously prepared and take into account a number of contexts and problems of the given site. These include, inter alia, students’ solutions for the area of the former FSO Żerań plant, new headquarters for various cultural institutions, and art objects for public spaces.

There is also another group of favourite projects which respond to the existing and very specific needs of Warsaw residents. In this context, it is worth mentioning solutions for sustainable forms of housing, urban bicycle parking, co-working and multicultural centres, and all activities aimed at both the revitalization or neutralization of the big outdoor billboards in the city. 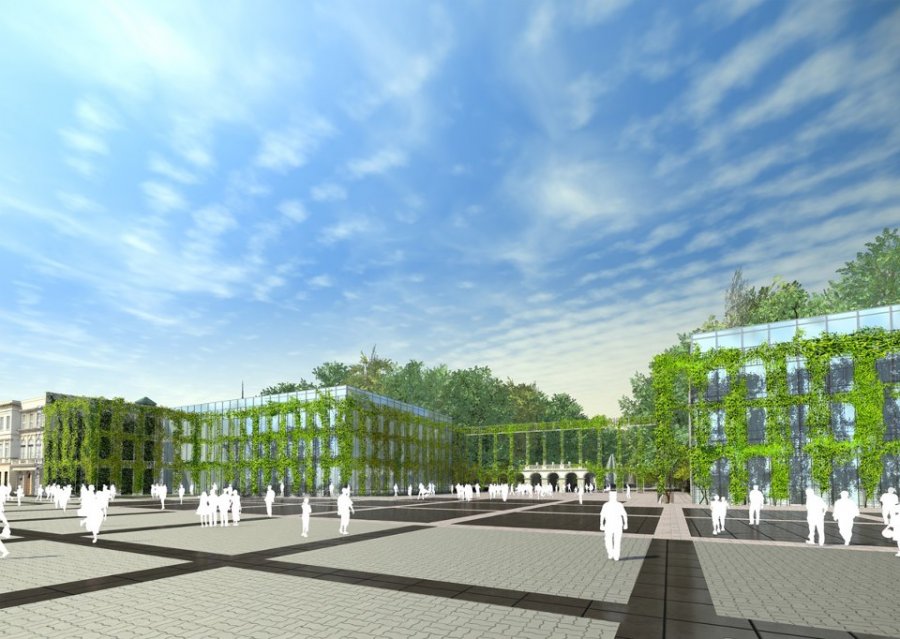 What does the Futuwawa master computer tell us about the future of the city?

Due to its nature, this city can no longer be easily harmonized, so many interesting architectural phenomena are likely to occur here. We are curious how Warsaw will be able to handle the suburbanisation, gentrification and all such consequences of development – which, for the time being, are far from sustainable.

At the same time, we are very pleased there’s been an increased interest in public space. We are observing an urban boom, with city social movements playing a more active role, and tendencies to use the potential that the city has to offer in a more conscious manner. 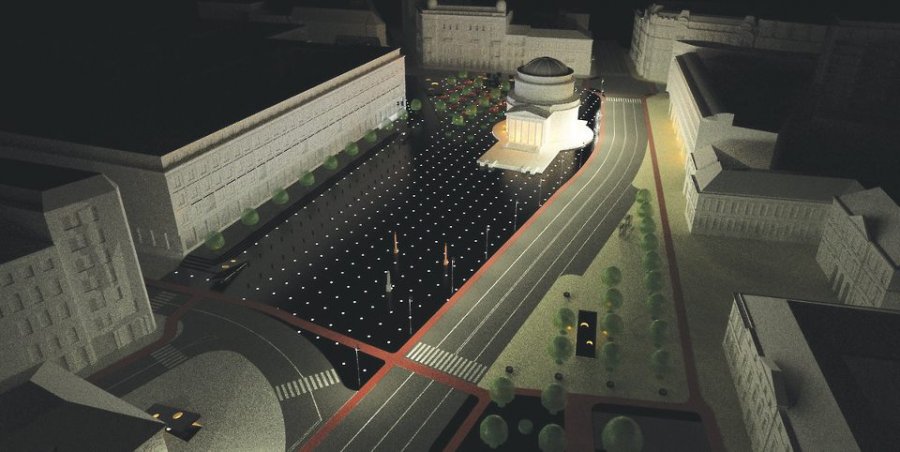 There are many challenges that lie ahead for Warsaw. There are so many questions. What will Praga’s future be? Will the city’s squares, instead of being simply ‘on the way’, become friendly places for rest and relaxation? Will developers earmark money for public art and for making public space more aesthetic? We wonder what kind of fate awaits green areas, so numerous in Warsaw: will they become complementary to future bio-architectural projects?

We hope that, as a city, we head in the direction of the projects featured on Futuwawa, i.e. see projects that offer comprehensive solutions and that treat the city as a landscape rather than a collection of individual buildings. Above all, we hope the Warsaw of the future will serve its residents. 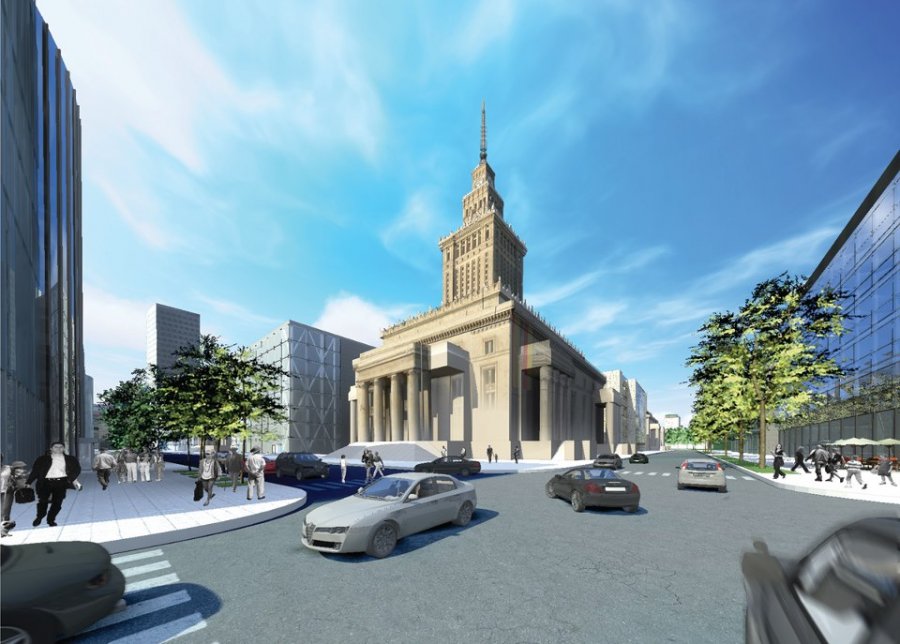