Since its inception the Stoprocent architectural studio has earned a name for their bold and creative solutions. The Insider visits Przemek Kaczkowski and Magda Morelewska at their Żoliborz HQ to speak to them about their hopes for Warsaw’s future…

Would you say Warsaw’s architecture is in a state of flux?

We’re definitely in a transitional stage between ‘wild’ and ‘organized’, but we like what is happening, especially here in Żoliborz in the last five or so years. I’m not from here, so I still hold a position that can described as ‘outside observer’: in 2006 it was a district for old people with dogs, there were no pubs or cafes. If you looked at Pl. Wilsona it was full of banks. But the banks have slowly disappeared, you could say they’ve almost been ‘expelled’ by public demand. It’s an initiative that has come from the people, and that’s encouraging. The area is blooming, it’s enjoying a second life.

But then you see things like Eko Park in Mokotów or Miasteczko Wilanów where the city has been seduced by big money developers and has gone against a larger plan. You doubt if this transition between wild and organized will ever be completed – it’s just not in the Polish spirit. You feel there will always be this sense of disparity between organized and disorganized and that’s both positive and negative. We’re never going to be like the Swiss. Warsaw is not love at first sight, but it is charming on second look. Right now you can feel the optimistic spirit. 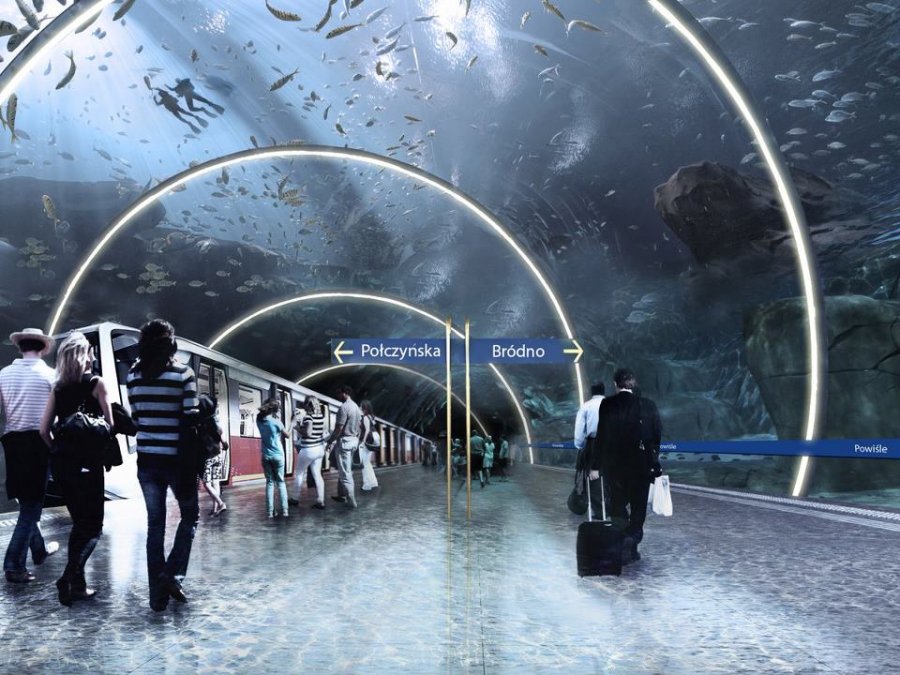 A quick trick would be to add more underground parking. There’s been talk of plans to increase the number of bikes and to close down smaller streets and pedestrianize them. This would all serve to make Warsaw a better place to live, but there are problems with this. In general Polish people are lazy and just want to park right in front of their door. We have to wait until a problem is almost out of control until we do something – like with the billboard situation in Warsaw. It will take us time to accept we have a problem with cars. 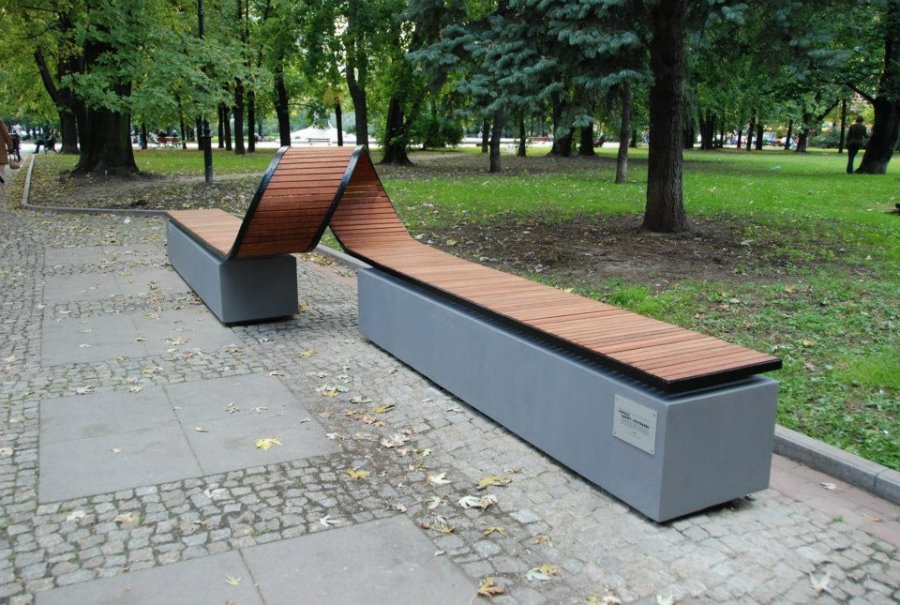 Is the city doing enough to help ease the problems?

We need to remember we are on a different stage of development to other major cities – we’re still building bridges. We could skip these basic steps and say, right, in ten years we’re all be on bikes, but that ignores the fact we still need these bridges. There is also a problem that Warsaw spills out so much. We see big flows of people heading in and out of the city. The city needs to provide more attractive areas of housing to stop this. Of course, there are times when the city does want to help but is prevented from doing so by complicated legal issues (relating to land ownership). But I think in the next few years we will see the city densify – Warsaw has a larger capacity than we think. Just look at the Żelazna Brama estate – as empty plots get filled out by skyscrapers that will all help the situation. 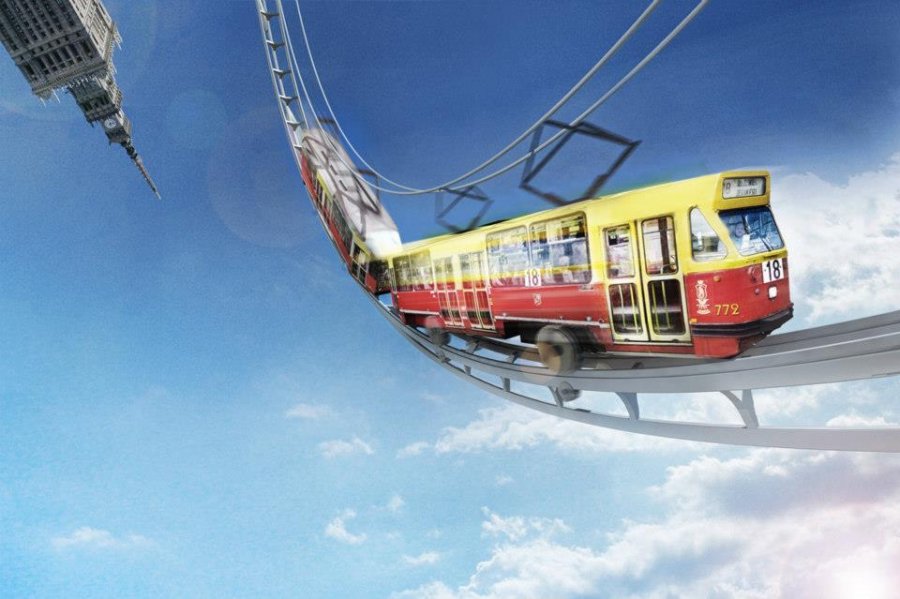 Some of the designs you’ve come up in ‘downtime’ have been fabulous in their creativity and humor. Tell us more…

Sometimes you just want to do something a little funny to release the stress of the job. We love the tram loop, for instance, and just saw it as a way to bring a smile to the faces of the commuters who go down Marszałkowska each morning. As for the underwater metro station, that was inspired by the problems the second line faced when it was flooded. Our design was about turning problems into chances. Then there was the swing on the InterContinental, which was inspired by my small daughter. Humor is a common and positive reaction so we like to use it where possible.

Does it annoy you that you had all these internet critics saying, “humph, that’s not realistic.”

There’s a lot of frustrated people online that feel the need to say bad things. Everyone is a big specialist when they’re behind a computer. But you know what, we don’t really care – you can’t make everyone happy! 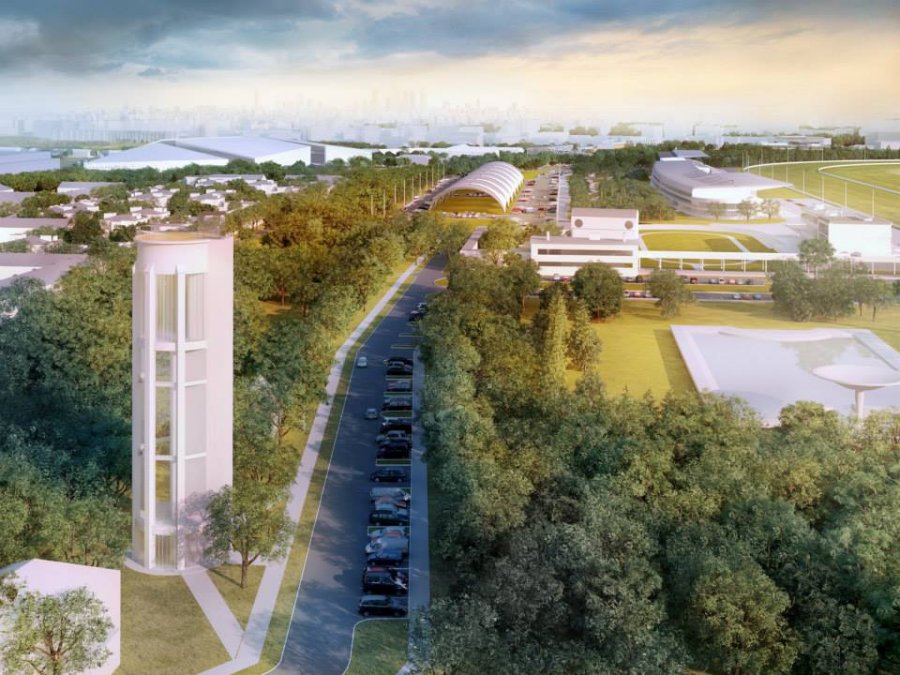 Our biggest fear is that everything will be a ‘protected area’ – guarded and secured. This has to be avoided if we want to make the city more functional. People want to gate themselves away right now; people are looking for separation not communication. That’s a huge potential nightmare. And it’s not just the creation of these gated districts that is distressing, but the creation of districts where you feel excluded if you don’t have a gold card. Our projects are not dedicated to one type of person, we look to create surfaces of communication. 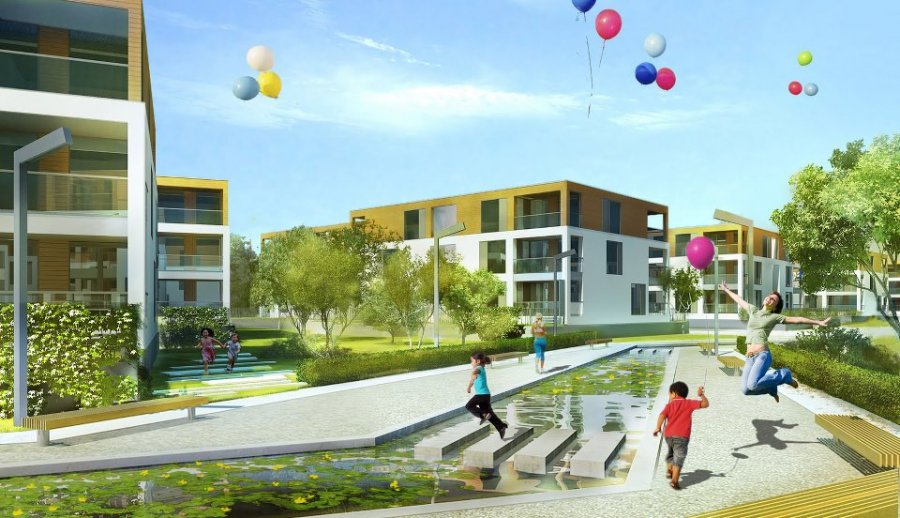 And how would you like to see Warsaw develop?

We want to see the city decentralize, for small city centers to emerge in each neighborhood. For this to happen we first have to listen to the local communities, and on their part they need to become more active. The government changes every five years, but the people stay the same – they have the power to turn this into a city that works for them. Sure, not everything is going in the right direction currently, but just see how the city has moved in ten years. There are a lot of problems, but we’re eager to solve them.