As Warsaw celebrates the opening of its first dedicated cider pub, we talk to Marcin of Jabeerwocky about the big apple…

WI: It’s said that Poland is the EUs biggest producer of apples – so why don’t we see more cider in this country?
MC: Cider has usually been perceived as similar to cheap wine. Poles view it as a sweet, mass-produced drink. In fact, for a long time it was even taxed in the same bracket as wine. Tax laws changed a few years back and that’s encouraged new producers. At the same time, Poles have returned from places like England and brought back new tastes with them. This has helped push Polish cider production forward.

WI: You’re better known for your love of stouts and porters – so where did it all go apple-shaped for you?
MC: My personal relationship with cider began quite recently. The first turning point was when I tasted the ciders of award-winning home brewer Czesław Dziełak. They really were quite something. Then, a few weeks later, Warsaw held its first cider week and we had Tom Oliver’s cider on the hand pump. It was a real eye-opener with all the tastes and aromas of a wild beer. I realized then that cider could be a really interesting drink. 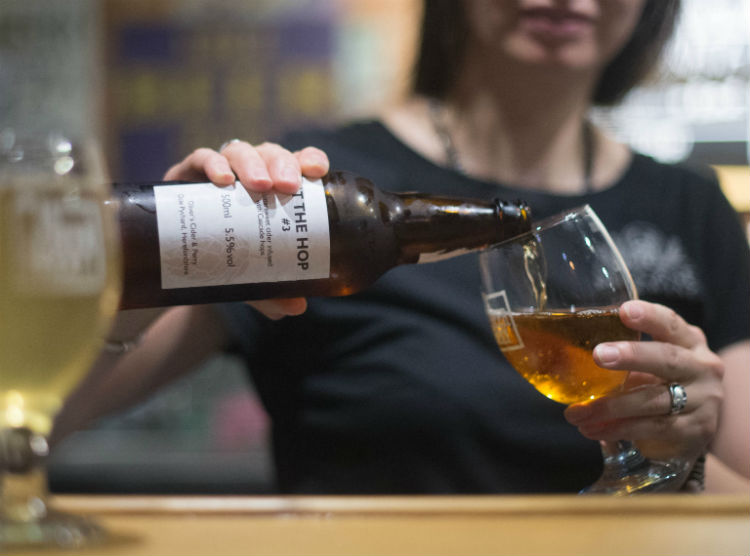 WI: But good ciders don’t come cheap…
MC: Cider has a problem with price: a mass-produced cider is only 3 or 4 złoty in the shops while a craft cider is about three or four times that. However, a growing number of people are ready to pay that premium in return for quality. We’ve seen it happen with food, we’ve seen it happen with beer. Hopefully, we’re going to see people make the same jump with cider.

WI: The growing appreciation of ‘artisan’ processes must help?
MC: The advantage that craft cider has is its background story. People love knowing that something comes from an old orchard or a small farm. There’s a sense of reassurance when you know something has been made by a farmer and not by an accountant or a computer program.

WI: Do you see any comparisons to the ‘beer revolution’?
MC: When that first started every new brewery would hold a launch party in one of the tap bars. For a while these were huge events. Nowadays, unless it’s something really special, there’s just not that same excitement. But I think cider will recreate that buzz we had with beer: if a new cider hits the market hard then it will get attention. In fact, I can see cider attaining the same kind of cult status that wheat beer enjoys – it’ll never hold more than a small percentage of the market, but that percentage will be very loud.

WI: So we’re not going to see a billion new cideries in the next few months?
MC: Cider is quite special in that it’s very difficult to learn the craftsmanship behind it. If you’re brewing a beer you get plenty of chances to perfect it. With cider, unless you use frozen crap then there’s only one chance per year.