alternative89 gallery12 gift store2 gifts16 home design33 Powiśle129 street art31
To think, it all began with Facebook. Back in 2013, Gill Boelman-Burrows set up the page Wawa Bla Bla to document her love of...

To think, it all began with Facebook. Back in 2013, Gill Boelman-Burrows set up the page Wawa Bla Bla to document her love of the street art found on the walls of Warsaw. Unbeknownst to her at the time, this decision would shape her life – spurred by the positive reaction to it, a book followed last December, quickly becoming a cult collector’s item and coffee table must-have. Now, the biggest step of them all has been made: a small gift store (“my own little fishbowl!” says Gill) in funky Powiśle. 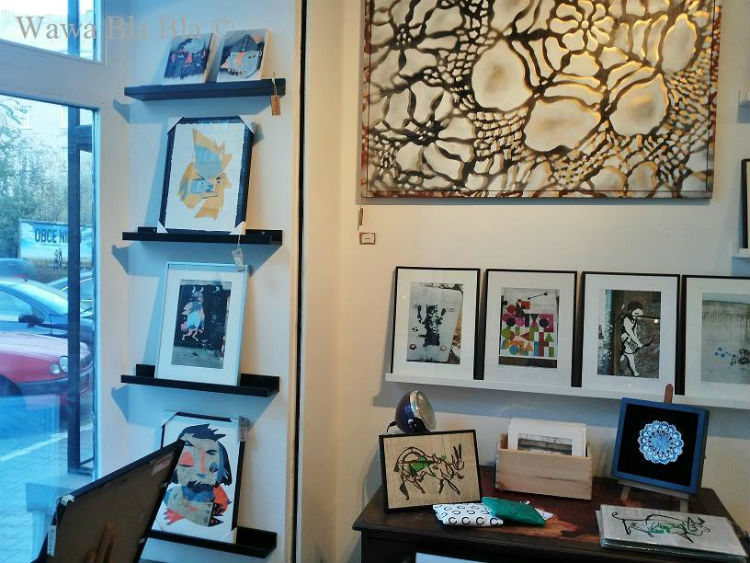 “What I wanted to do,” says the Brit, “was to depart from the traditional gift store idea, and instead present gifts ‘from the streets’ while also promoting those young artists who want to show their work.” The result is a comfortable nook where passers-by can pop in and browse the treasures on display over coffee (sometimes even wine!). 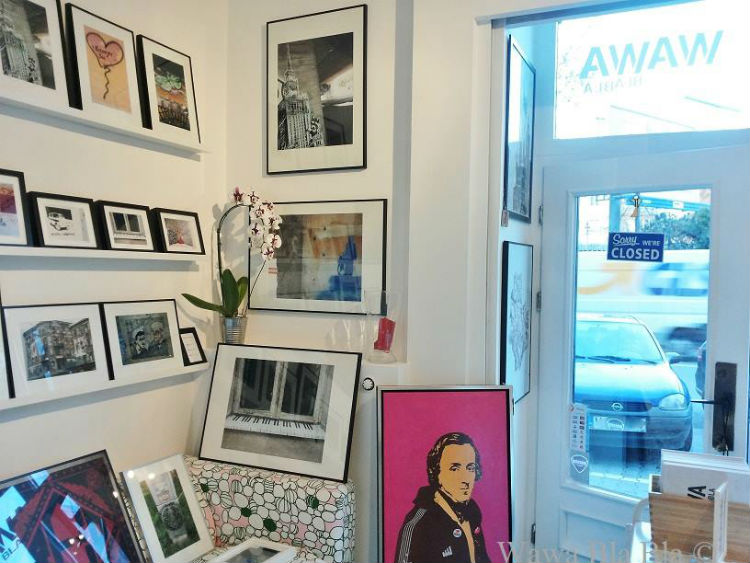 These include Gill’s own framed photos of Warsaw’s graffiti, but also items from the artists themselves: silkscreen prints from trending names like Scandalist, stencil and spray work courtesy of Maniac, canvases from Dawid Majgat and the brilliantly quirky map prints of Valeria Lenner. You’ll even find the occasional piece from the internationally recognized NeSpoon (in fact, you’ll find one of her works adorning the wall outside). “Above anything else,” says Gill, “we want to support those young, brave artists that are changing Warsaw.” 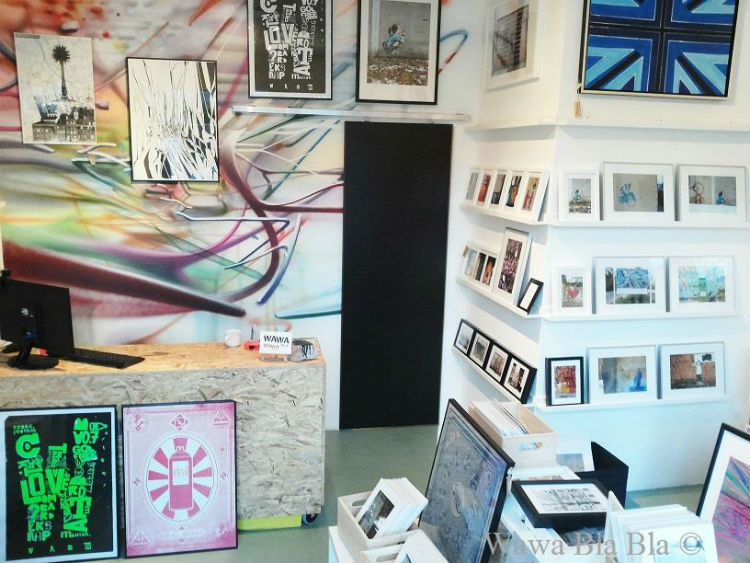 And it’s not just bits of art. The whole gift store concept means the shop is peppered with unconventional keepsakes that range from cool paper bags to postcards with a difference to Warsaw-themed coffee cups. Highly affordable, personal and defiantly eccentric, this creative space puts the ‘pow’ into Powiśle.