A bracing walk in the woods are what January is all about, and in local terms they don’t come more bracing – nor any weirder – than a prowl through the forests of Otwock. 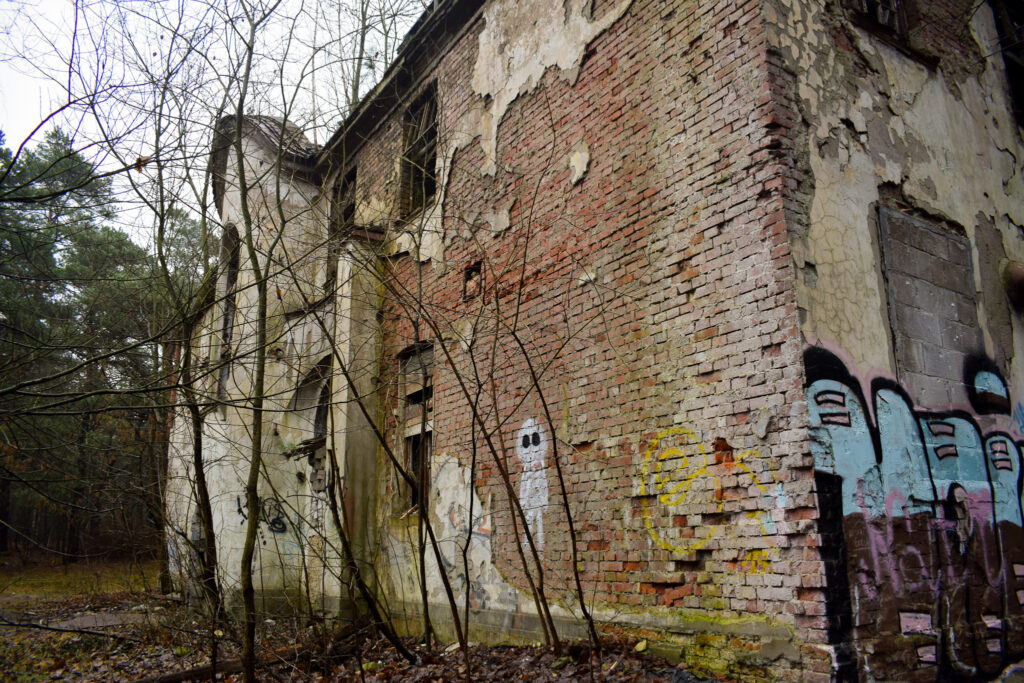 Founded in 1908, thanks to the charitable donations of Zofia Endelman, ‘Zofiówka’ originally functioned as a sanatorium for Jews with nervous and psychiatric conditions. 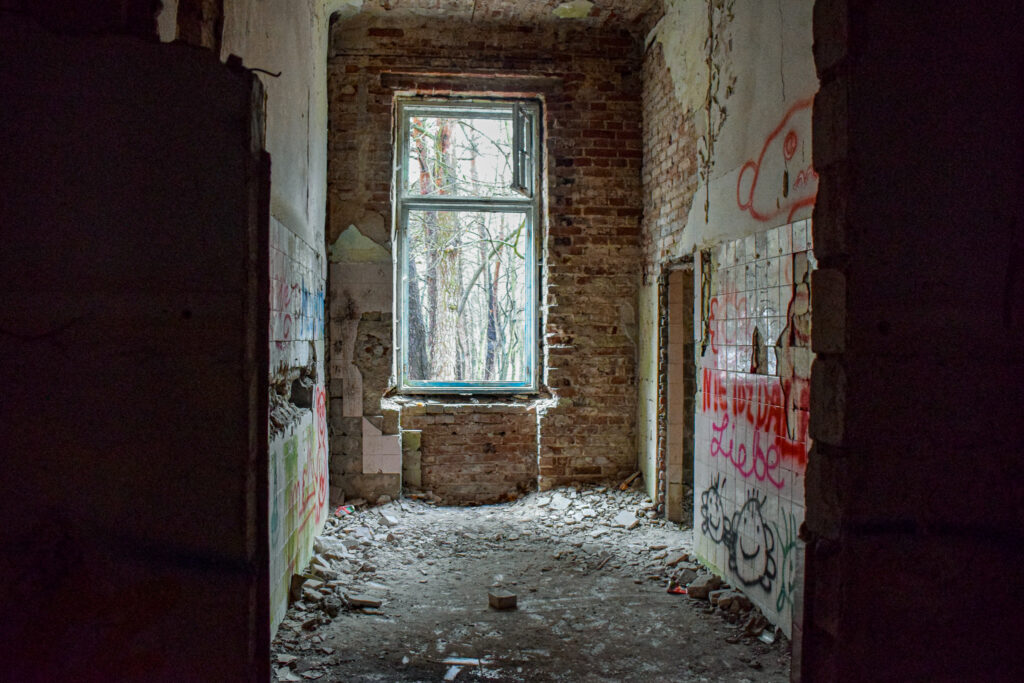 Seen as a modern institution, it embraced techniques of the time such as electroshock therapy. 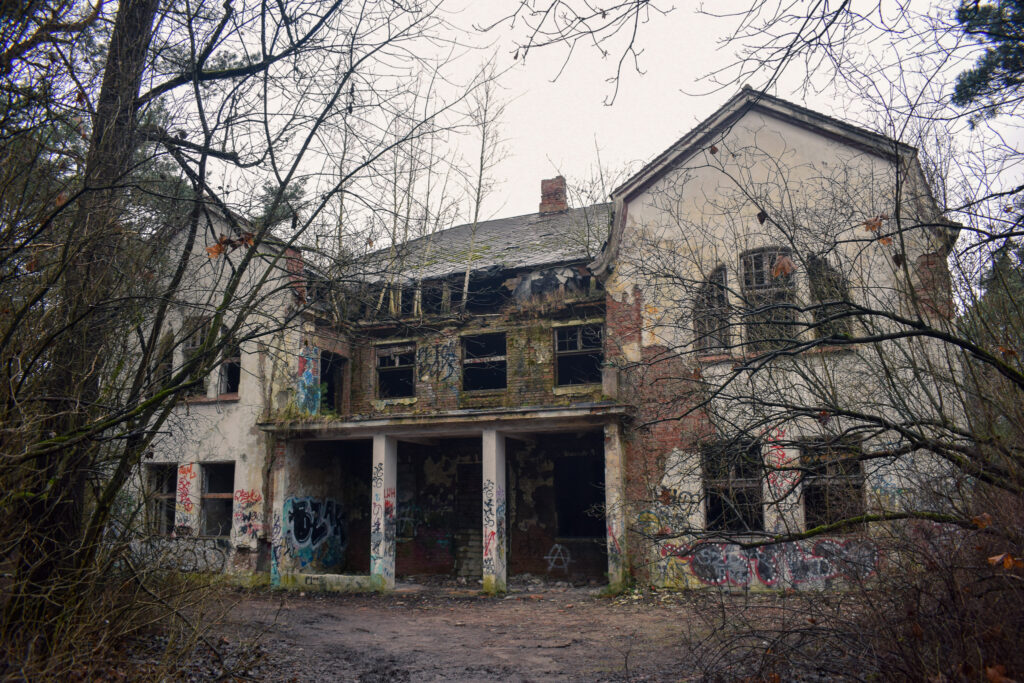 Then came the Germans and the introduction of Dr. Walbuma Jost. Under his shadowy charge, it became the only Jewish mental health institute in occupied Poland, with the brutal regime defined by starvation, disease and organized murder. 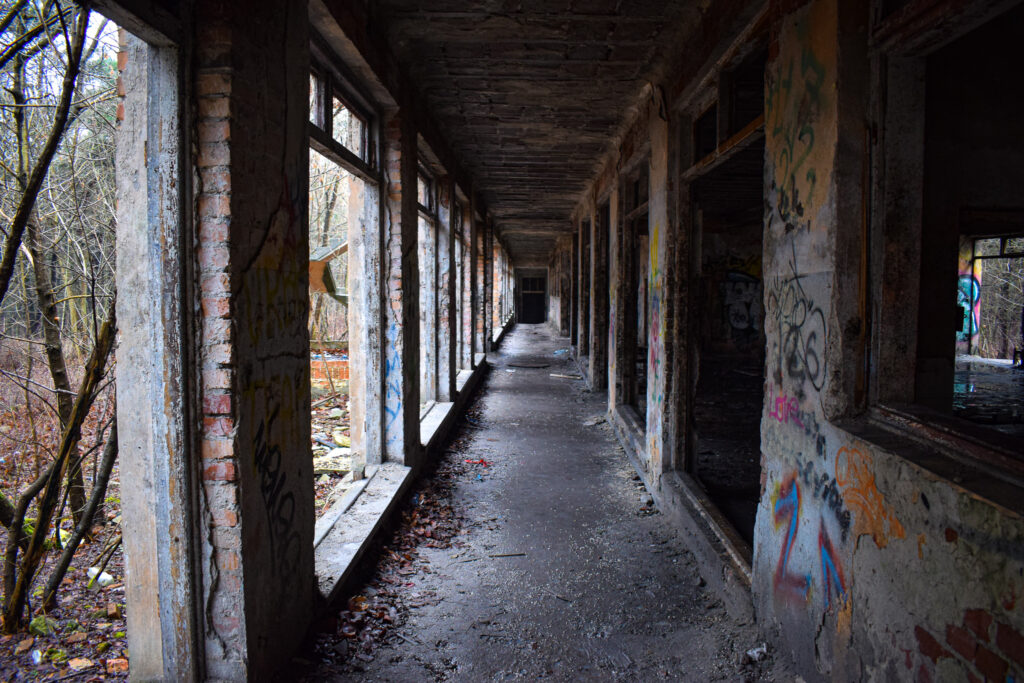 But it was to get worse. On August 19th, 1942, the hospital was emptied as part of plans to liquidate the Otwock Ghetto. Up to 140 patients were shot outside, among them Adela Tuwim, mother of author Julian. The remaining Jews were transported to the gas chambers of Treblinka. 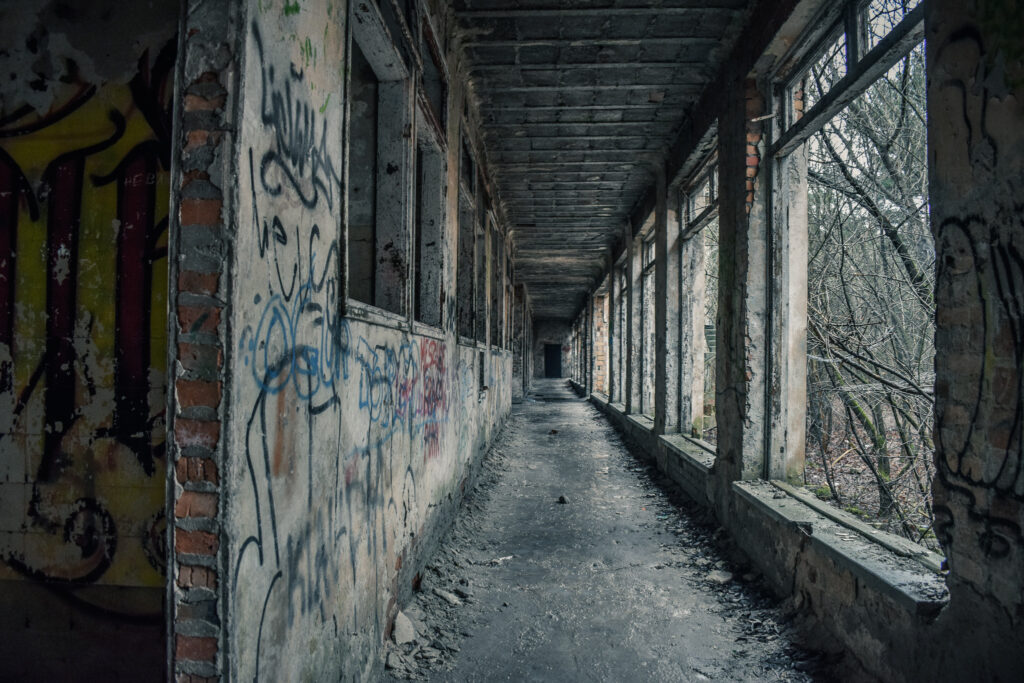 The Nazis then found a new use for Zofiówka. For the next couple of years, Aryan-looking Polish children were brought up here as part of plans to ‘Germanize’ them. Alongside them, 100 German mothers reared 150 children under the guise of creating a master race fit to rule the future Nazi empire. Indeed, the story of Zofiówka is not a happy one. 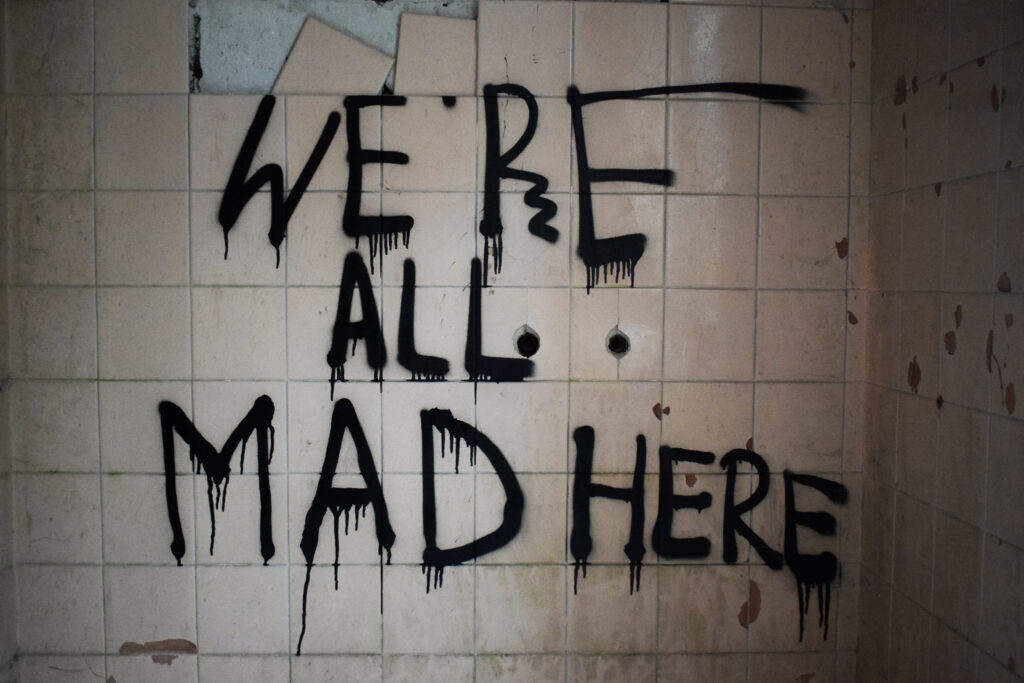 After the war the complex was used to treat tuberculosis patients, as well as addicts and children with mental health issues. In the mid-90s the sanatorium was finally closed, but by then the hauntings had already began – a nun working at the hospital hung herself, and soon after night watchmen began reporting strange occurrences such as moving paintings. 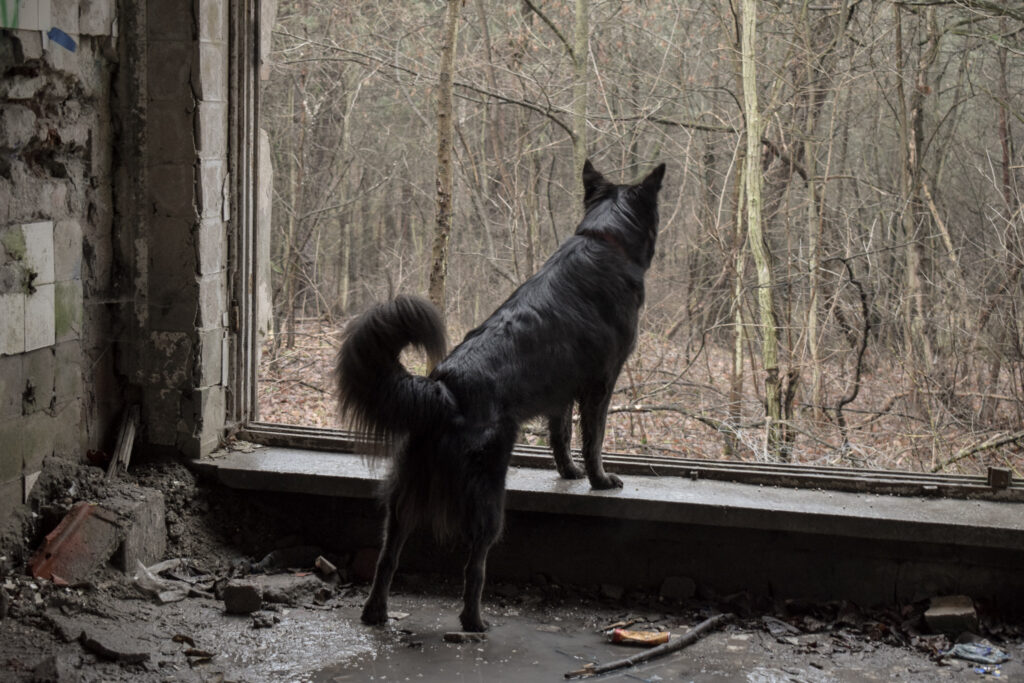 Long since abandoned to nature, Zofiówka is penned in by tangled trees and dense vegetation. The buildings that survive appear suddenly, as if unannounced, following a short crunch through narrow woodland paths. 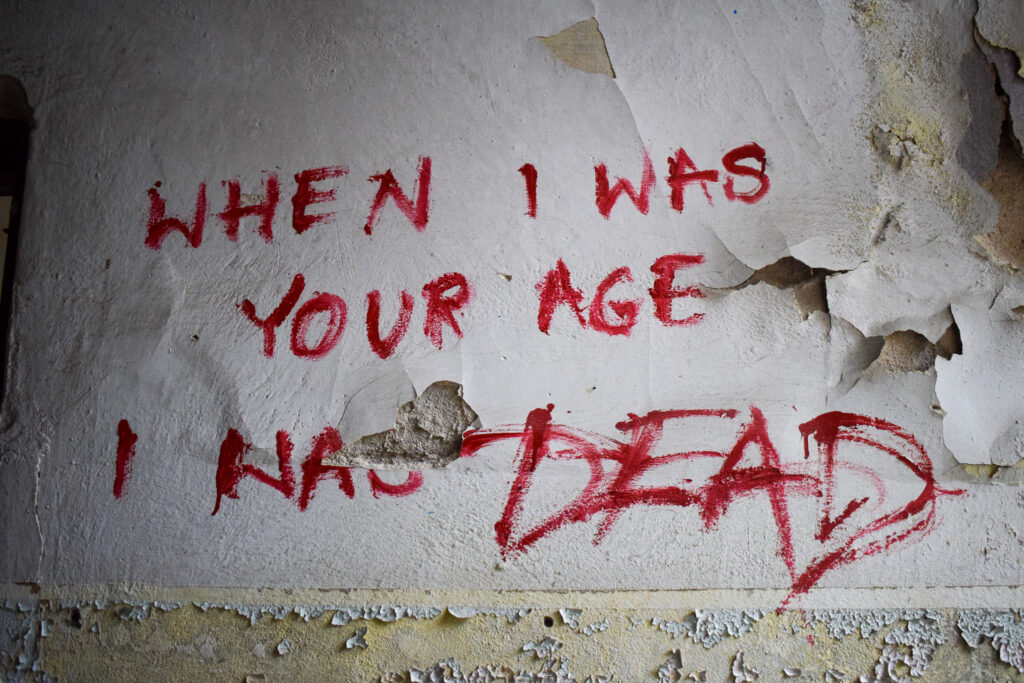 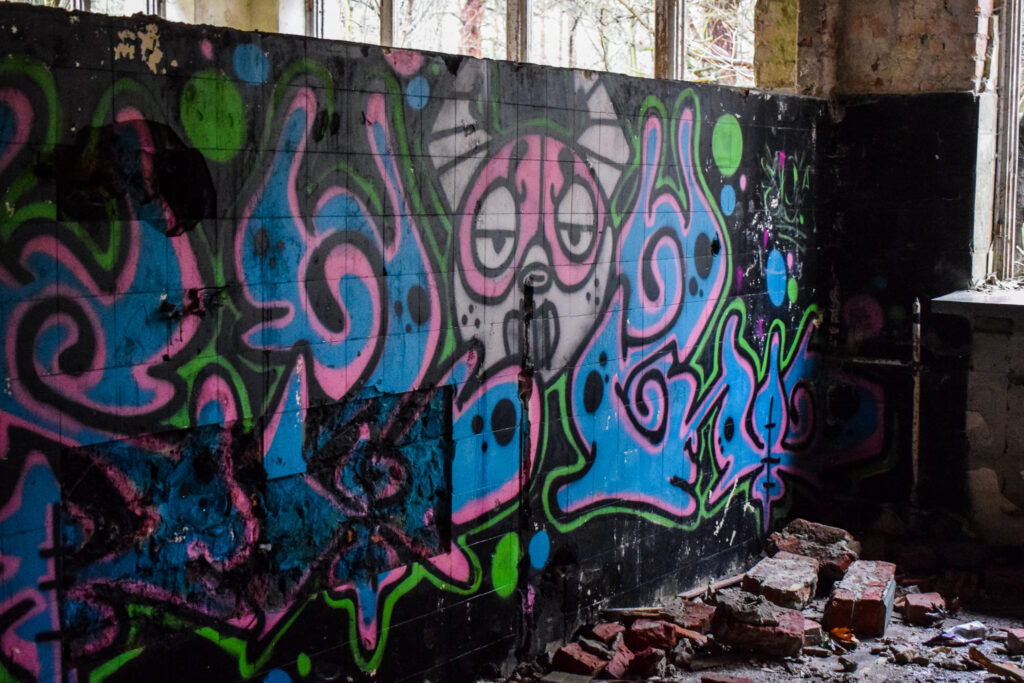 Doing so, one is met by peeling plaster walls layered in psychedelic graffiti, shattered masonry and rotten wooden panels. 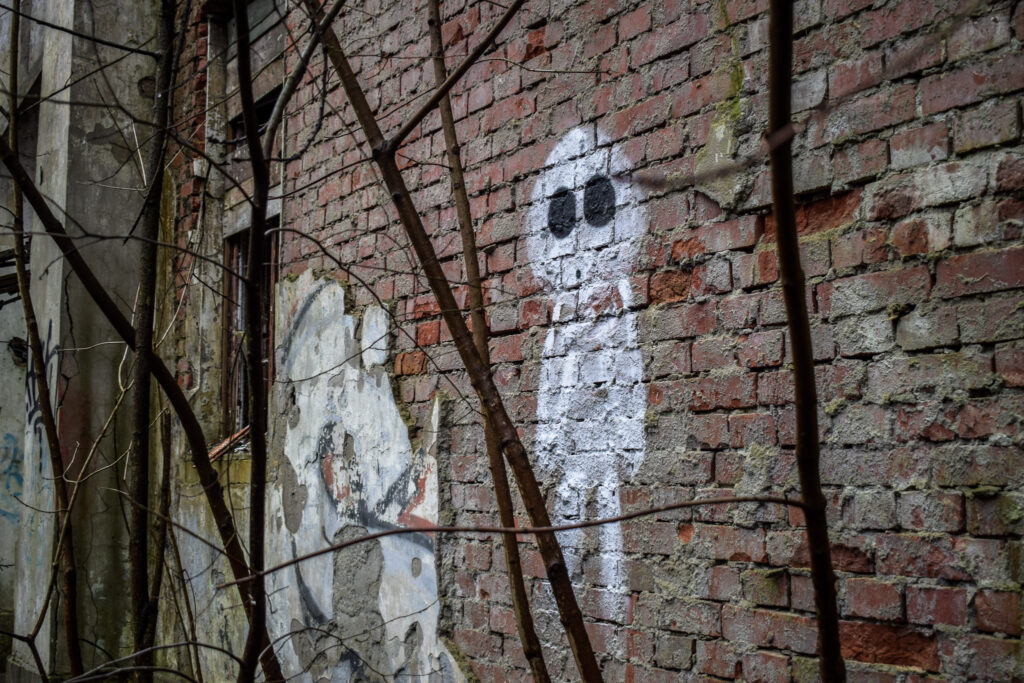 Forlorn but strangely serene, the place unravels like a labyrinth of surprises. A must for all those with a fleeting interest in urbex, the exploration of its shadowy hulk makes for a remarkable afternoon in the forests of Otwock… 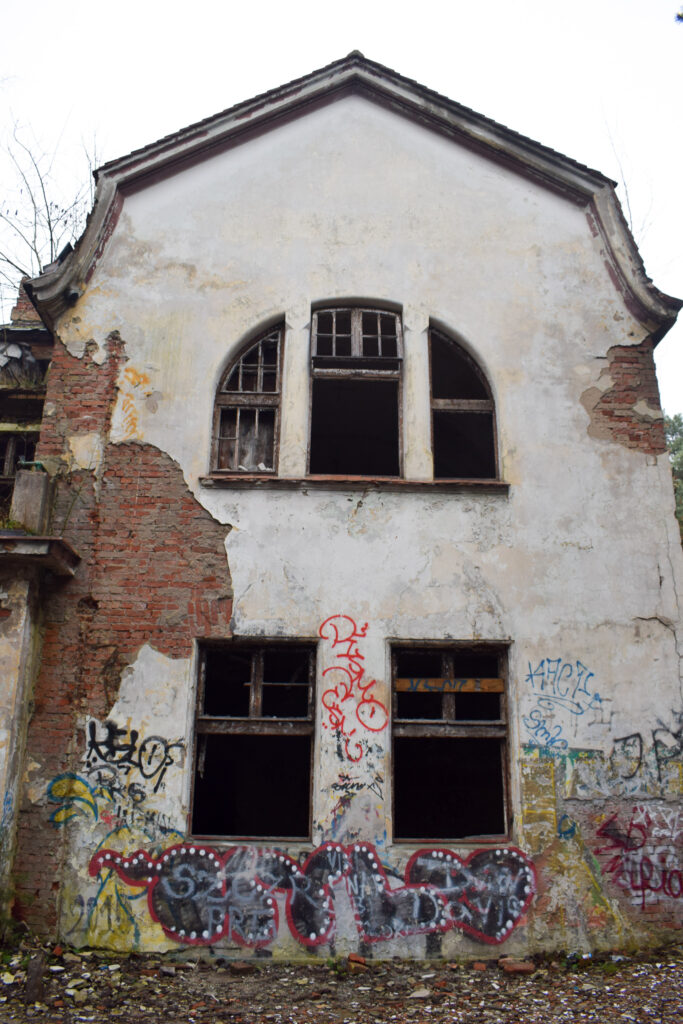 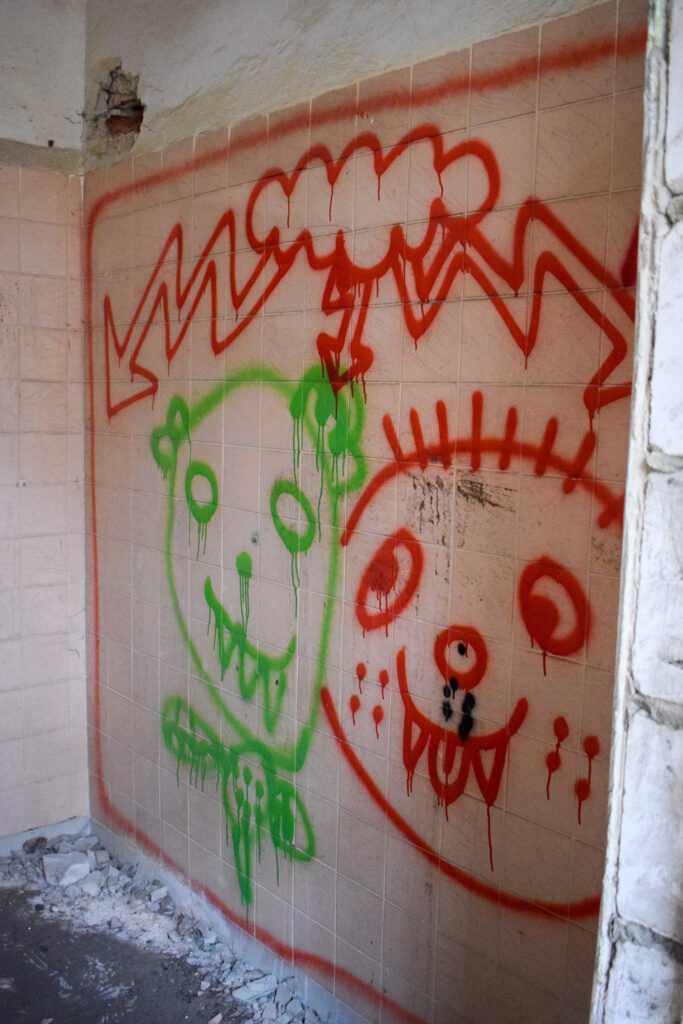 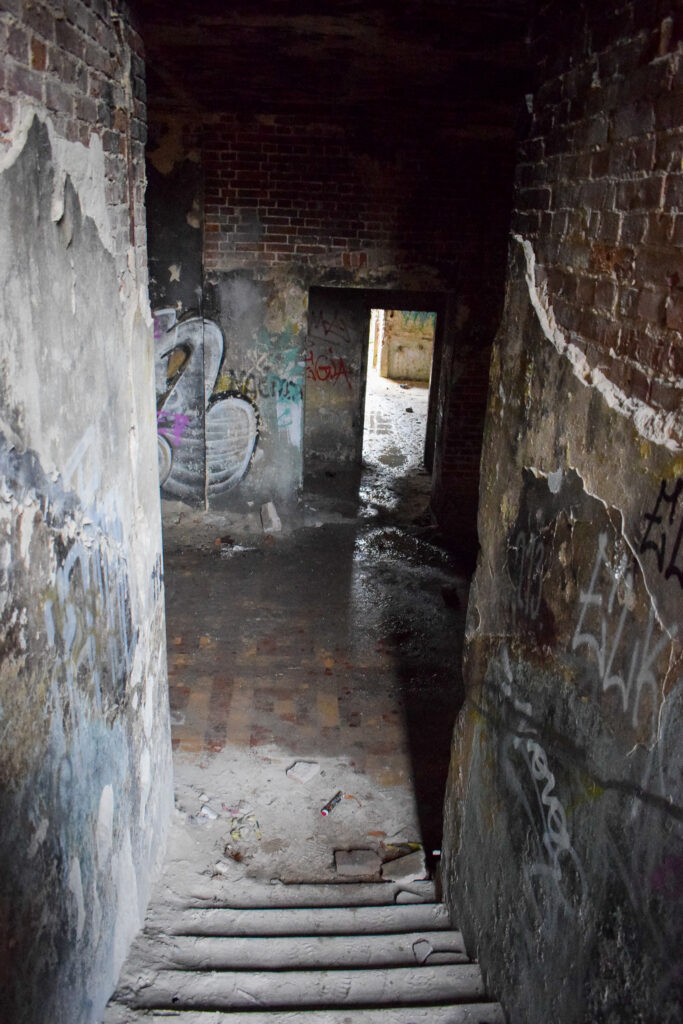 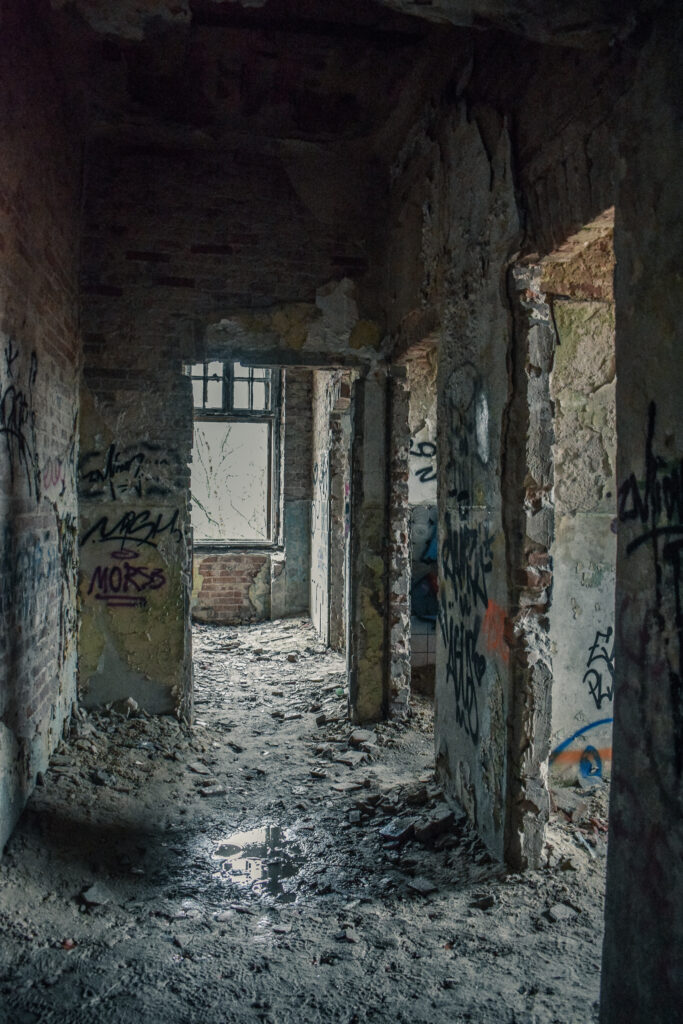 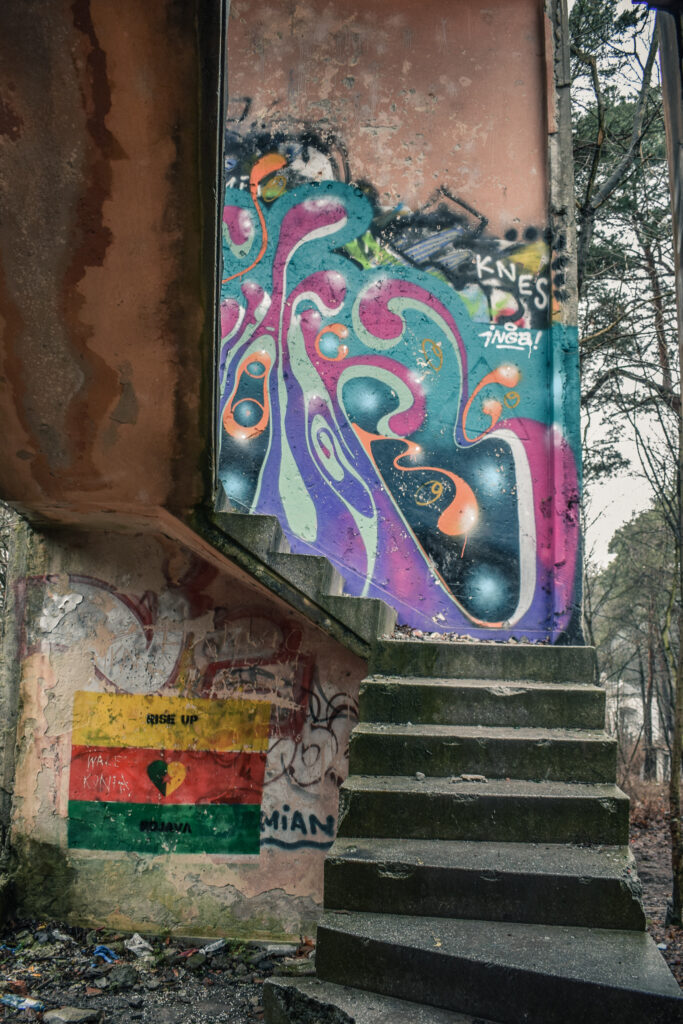 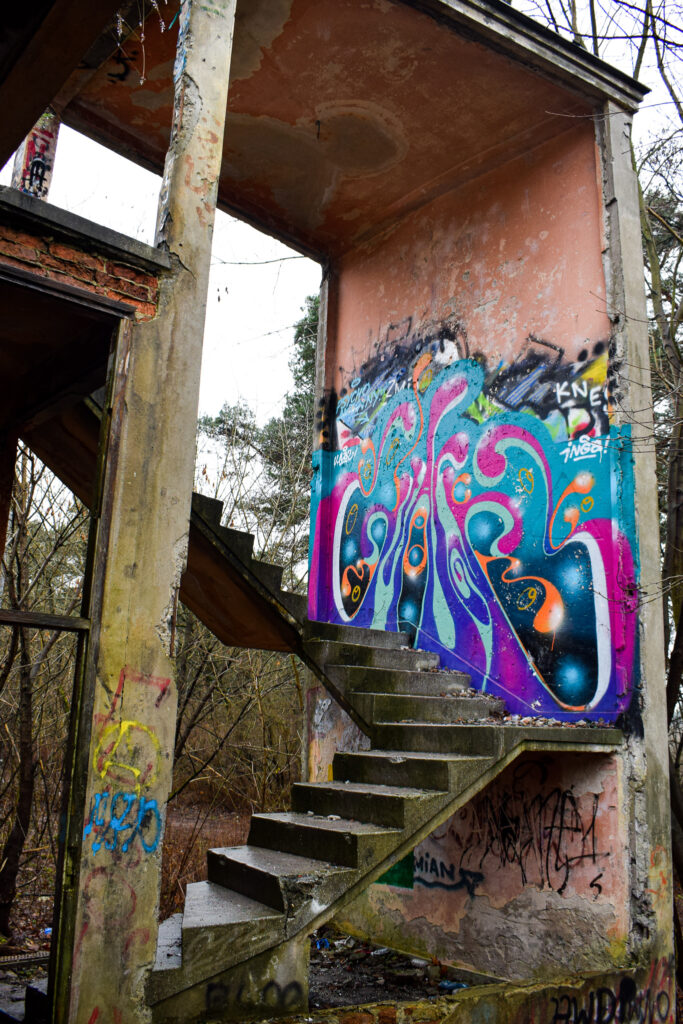 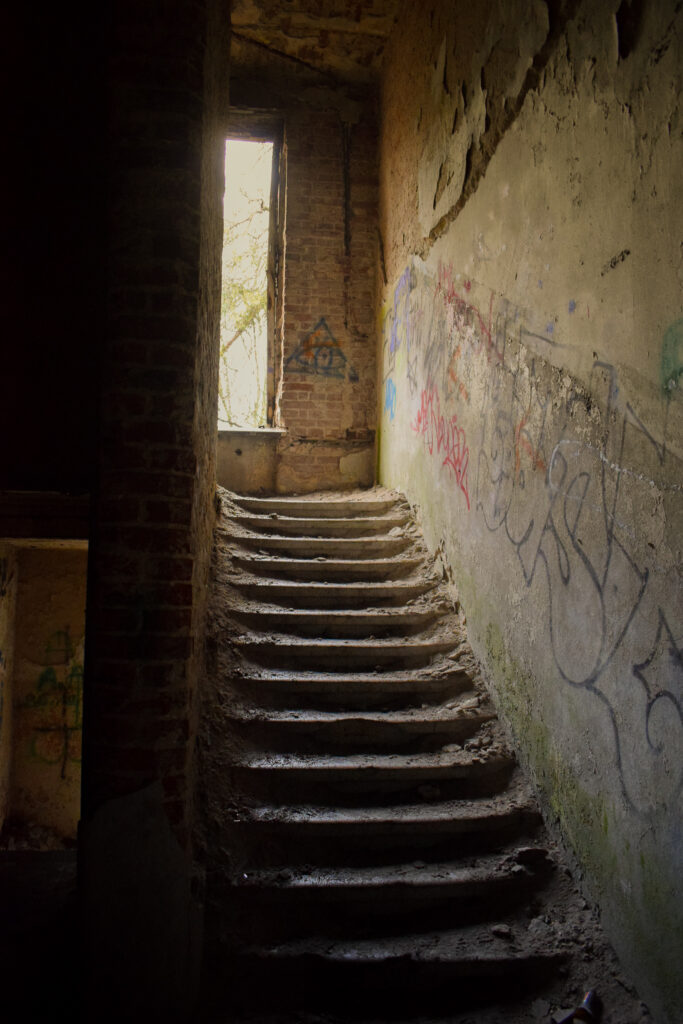