Whale Of A Time

Warsaw residents woke on Friday morning to news that a 15-meter whale had been discovered washed up on the banks of the Wisla river. Secured by police tape, and guarded by a team of scientists clad in hazmat suits, the finding prompted a steady stream of gawkers throughout the weekend. 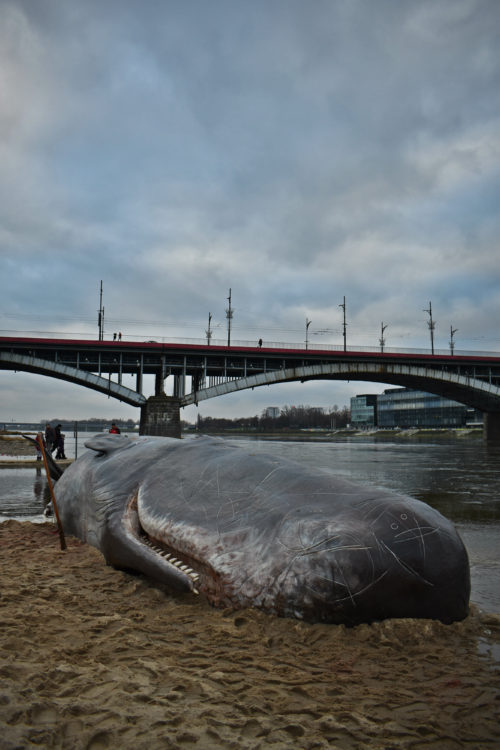 However, all was not quite what it first appeared. Designed by the Belgian-based Captain Boomer Collective, the whale transpired to be a plastic fake planted close to Most Poniatowskiego as a marketing gimmick by Przekrój magazine to promote awareness of ocean pollution. While the news caught Warsaw completely by surprise, this wasn’t the first time that the Captain Boomer Collective have staged such a stunt: similar beachings have also taken place in Paris, London, Valencia and Duisburg.