Under the new proposed regulations those using e-scooters will have to give way to pedestrians and limit their speed to 30 km/hr on roads...

After two years of dilly dallying, the government is finally set to crackdown on the use of e-scooters in a bid to safeguard users, pedestrians and drivers alike.

Under the new proposed regulations those using e-scooters will have to give way to pedestrians and limit their speed to 30 km/hr on roads and 20 km/hr on bicycle paths. Pursuant to the laws, scooter drivers will only be allowed to use the pavements only if the road running alongside allows for car speeds of over 30 km/hr. This being the case, scooters should either use any bicycle path, or limit their speed to walking speed.

Moreover, it will be forbidden to use scooters after the consumption of alcohol or to transfer other people or objects on them.

Parking has also been addressed, and the new law will make it illegal to park anywhere on the sidewalk other than parallel to its outer edge. 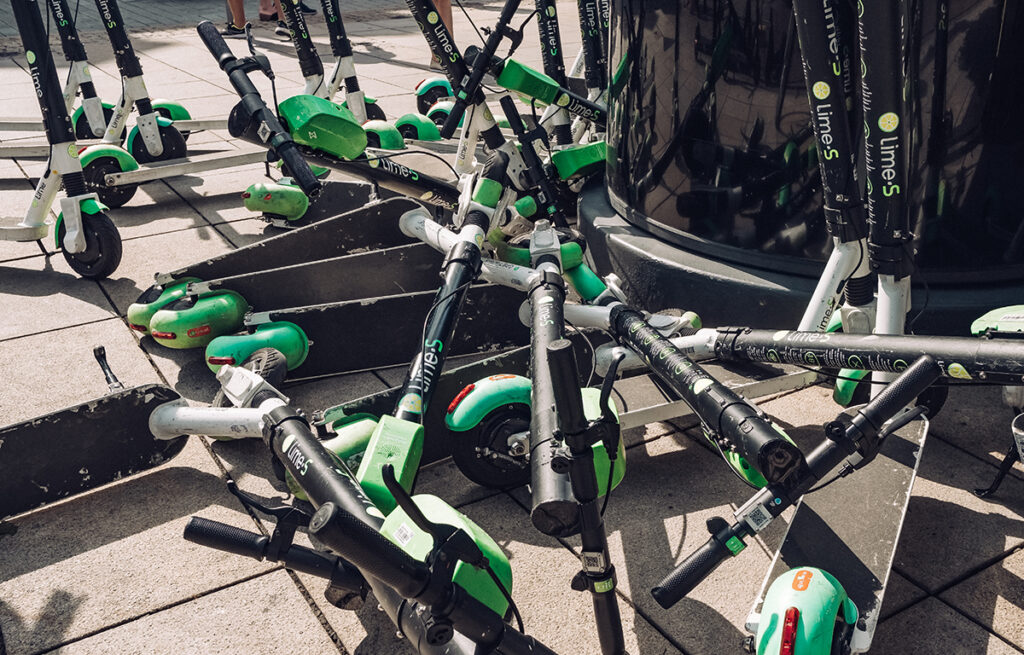 A system of punitive measures will also be adopted, among them a zł. 200 fine for those that using their phones whilst operating a scooter, zł. 100 for transporting another person or incorrectly parking, and zł. 300-500 for drunk driving. Those that don’t give way to pedestrians will face a fine of zł. 350.

Since their introduction to Poland, e-scooters have been the subject of much controversy with fatal accidents, slack parking, drunk driving and high speeds all the subject of debate. The new regulations are expected to be passed before the spring ‘scooter season’ begins.