Say what you like about the passage of time, but it’s done some good things to Warsaw. Take Wilcza street, for instance. In the old days – by that I mean, like, seven years ago – it was best known for its dog ‘deposits’ and brothels: I know some unfortunates who couldn’t walk five meters without stepping into either. Now though, the street has blossomed into a thriving little area whose pre-war tenements today house a number of quirky bars and little restaurants. The latest one appearing on the map is Wilczy Głód – and guess what, I like it!

The Place: a small black and white spot with bare light bulbs hanging from tree-like installations, and cartoonish wolves painted on the walls. It looks fun and casual, and comes with the addition of little toys scattered about: e.g., a fat little mouse behind a cushion! 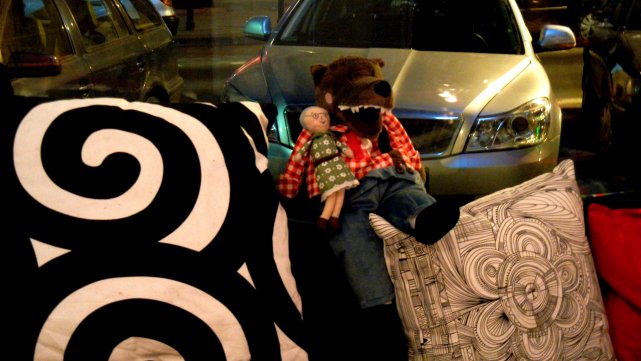 The Crowd: very female dominated on my visit, and it definitely feels targeted towards young to middle-aged urbane professionals. I’m good with that.

The Staff: sweet as. Out server wasn’t the most confident in her English-language skills, but again, I’m fine with that and don’t really care – the main point is that communication is easy. Plus, in spite of a Polish-only blackboard menu, their online menu is dual-language, plus they have a paper printout that arrives in Polish and English.

The Food: the talking point here is cooking that pairs international ideas with organic local produce from little family farmsteads. You sense immediately this is a place created out of a love and respect for food. 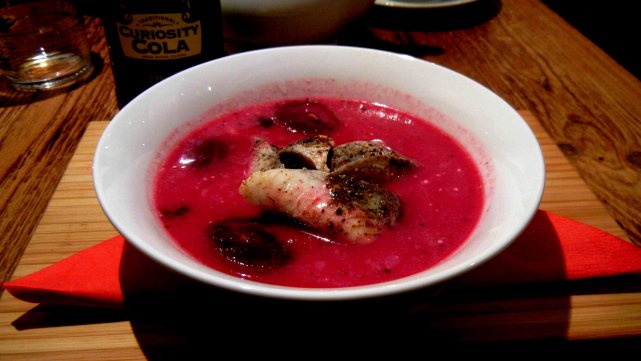 For Starters: for me that was a beetroot and herring soup with a couple of grapes and raisins. Personally, I didn’t really have much time for the herring (unless it’s served by Wojciech Amaro, I don’t like it full stop – but then, Amaro could present me with a pile of sand I’d say great things). The soup though was astonishing: cool, crisp, vibrant. Loved it. The Mrs though claimed hers was better – she went for menasza, which the menu describes as a ‘soup of the Sephardic Jews’. Utilizing red lentils, curry and coriander, this was a thick broth that truly warms the cockles. I’d recommend it, but not to the same stonking level as my own choice. 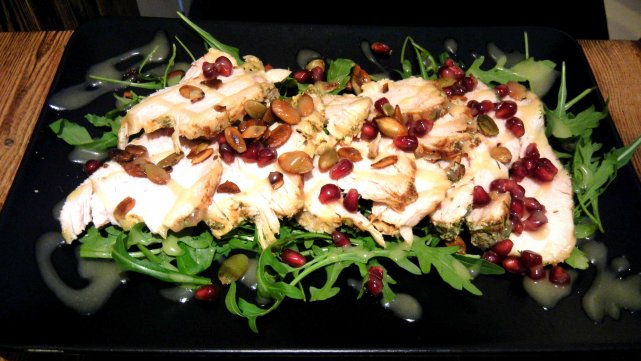 For Mains: for her, turkey slices on a bed of rocket. A salad it might be, but you’d never really guess such is the emphasis on the turkey. Both of us found it a little dry, but this was rectified by asking for more pineapple and cardamom dressing. With this generously applied, you find yourself facing a very decent main. Myself, I opted for crispy chicken drumsticks stuffed with buckwheat and spinach. This was a dish that falls off the bone and pretty much melts in the mouth. Delicious, with my one complaint being the ‘mild mustard sauce’ was indeed just that – so mild you could barely notice it. While I don’t want to be overpowered, a bit more snap would have been welcome. 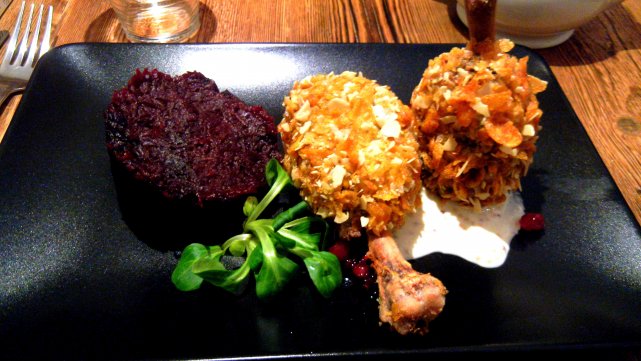 And to Finish: we shared a mascarpone mousse dusted with Belgian cocoa. This was far lighter than we both imagined, with none of the sickly richness that I suspected would appear. A good conclusion. 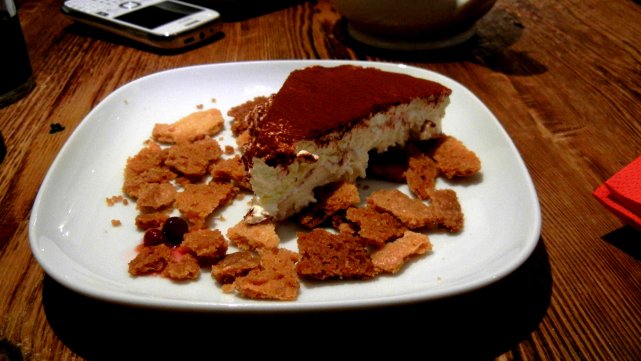 To Drink: I didn’t ask, but from what I could make they don’t have a license – but, judging by the can of Lech one bloke was necking (silly man, doesn’t he realize Poland now has good beer?), I’m assuming they operate a bring your own policy in exchange for a corkage fee. But I wasn’t tempted by that, not when they serve the full Fentiman’s range – if you don’t know, these are superb non-alcoholic ‘botanical beverages’ that make use of weird herbs and plant roots. The Curiosity Cola is fabulous, though at zł. 14 a bit steep in price.

The Price: without tip our bill came to zł. 120, with the general agreement being it was money well spent.

The Verdict: delighted with this discovery, and an interesting foil to the not-so-distant Kaskrut. There’s a lot of things they do right, and it’s no lie to say I’ll be back very soon.