castle6 nature3 out of town11 romantic3 travel46 valentine's day2 weekend break16
For the Coast Cisowy Zakątek Most would call you nuts for visiting the Baltic in the middle of February, but there’s a melancholic magic...

For the Coast
Cisowy Zakątek
Most would call you nuts for visiting the Baltic in the middle of February, but there’s a melancholic magic to the wintry wilderness. Consisting of 14 bow-roofed bungalows, the creatively-styled lodgings are spacious and highly individual efforts that you easily imagine featuring in a lifestyle magazine. Frozen forests and windswept beaches are easily reached, and so too the award-winning local restaurant Ewa Zaprasza. It’s the ultimate switch off. 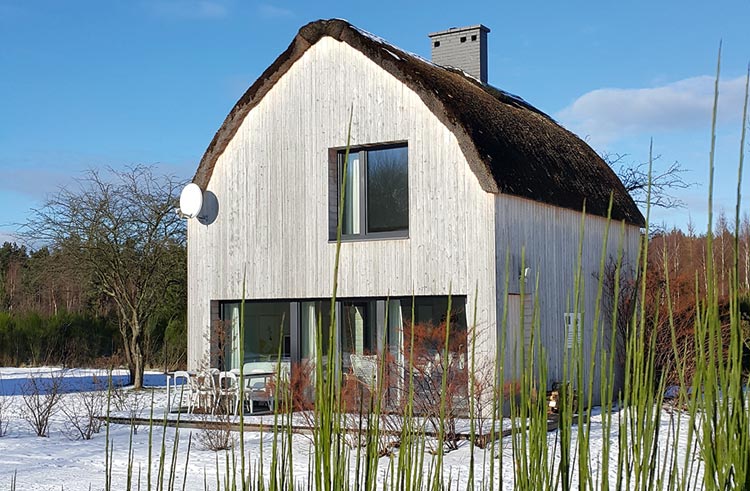 For Nature
W Drezwach
Wander into the woods that fringe the sedate spa town of Nałęczów and you’ll discover three wooden cabins perched high in the trees. Offering a smooth Scandinavian look, the design is modern yet womb-like in warmth. With no TV or other such distractions, time passes in a detached daydream: the silence is incredible, and broken only by the whispers and whistles of the forest down below. A tree-top sauna and thermal bath have been a recent addition. 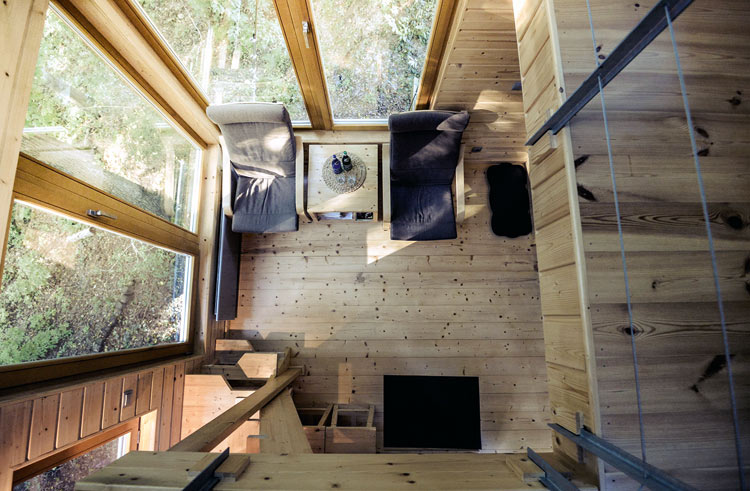 For Wildlife
Sioło Budy
In essence, think of Sioło Budy as a village within a village: offering the full rural immersion experience, the rudimentary accommodation is inside a network of charming timber cottages full of squeaks and creaks. It’s a place to switch off the phone, wear woolly jumpers and sip piping hot wine while watching the stars. During the day, you don’t have to head far before you’re coming eyeball-to-eyeball with rutting deer and free-roaming bison. 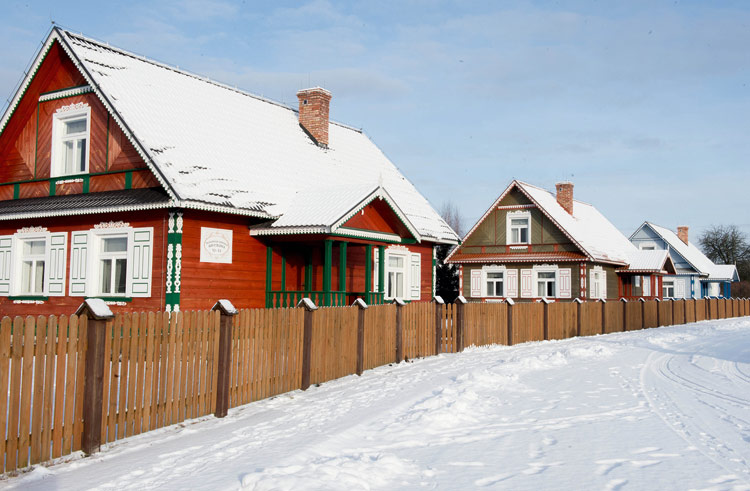 For Skiing
Villa 11 Folk & Design
Set away from the sc(r)um clotting the main pedestrian artery, ul. Krupówki, treat Villa 11 as an isolation tank removed from hackneyed cliches of mainstream Zakopane. Inside this slope-roofed lodge the interiors are big on neutral tones, chunky wood finishes and discreet folksy patterns – modern and design-minded whilst also maintaining a connection with the area’s tradition. Ask for a room overlooking the pristine mountain tops. 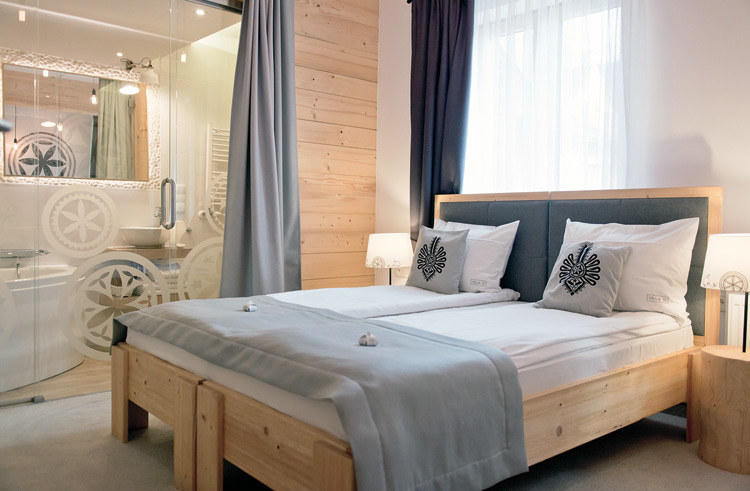 For a Spa Break
No Name Luxury Hotel & Spa
Nestled in the rolling hills of the deep south, No Name presents a series of spruce log lodges interlinked by an arrangement of glass catwalks. Contemporary but cozy, rooms are heavy on natural stone, glass and wood, but its the spa that’s the standout: there’s a saltwater pool with a mirrored mosaic floor, milk bath treatments, innovative wine therapy and a salt cave. Combined together, these all create a secluded sense of harmony. 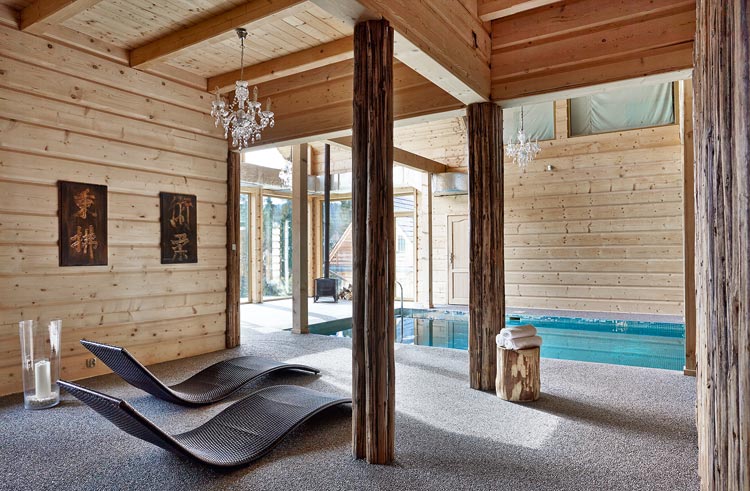 For a City Break
Hilton Gdańsk
With its gabled townhouses, soaring steeples and cobbled back alleys, Gdańsk’s old town is one of the best kept secrets of northern Europe. But a special city requires a special hotel and the Hilton is that place. Looking right over the Motława River, this is a spot that sparkles with cool. Suites and bedrooms are chic and slick, and the trump card is a fifth floor swimming pool with enthralling views. 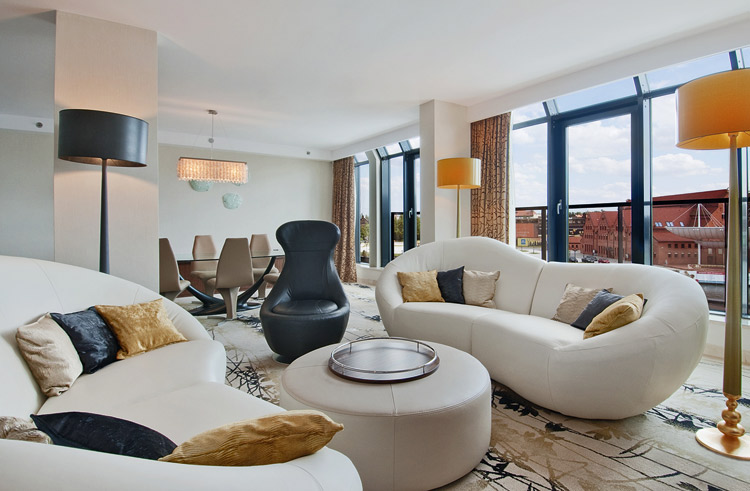 For a Castle Break
Zamek Korzkiew
In daylight hours Kraków can be ravishingly romantic. The problem comes with nightfall: you’re always within earshot of staggering Brits on the lookout for strip clubs and punch-ups. Avoid the pests by staying further afield: fifteen clicks north is Korzkiew, a small fairy tale castle dating from the 14th century. Sweeping in their grandeur, the four chambers come with ancestral portraits and crackling hearths. It looks like something straight from Rapunzel. 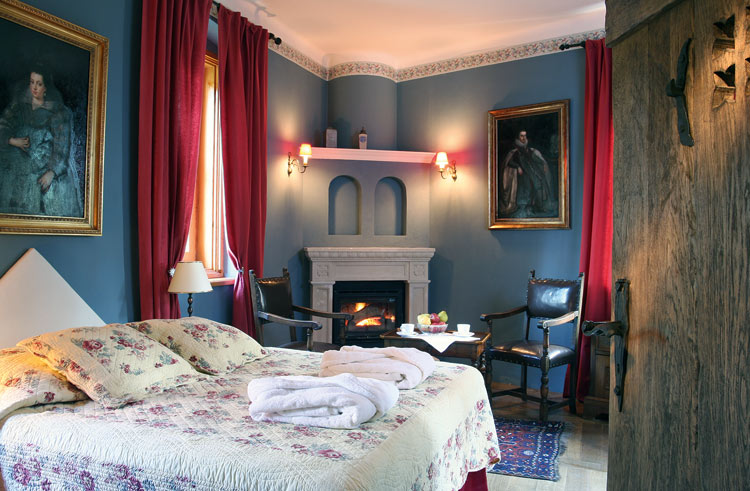 For Tranquility
Siedlisko Sobibór
Ignoring the rather obvious association with the WWII death camp, the Sobibór area has much to offer those looking to extract themselves away from the big city lights. At Siedlisko accommodation is divided either into a few rustic cottages or in a couple of snug units constructed on stilts in the meadow out back. Engaging and atmospheric, it’s a break that requires a stack of unread books and a bottle of wine. You leave fully recharged for the reality ahead. 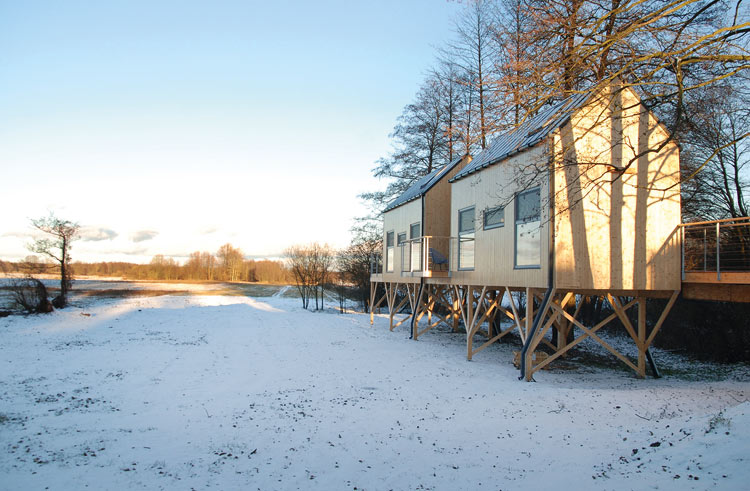