Sure, the last few days have been a little nippy – but have no doubt, it’s been a hell of a lot worse in the past.

New Year’s Eve, 1978: having experienced a relatively mild December, Poles woke on the final day of the year to be greeted by a snowstorm of epic proportions. It wasn’t long till the gravity of the situation became clear – trams and cars found themselves stranded, hot water pipes froze and power was downed. It got no better after midnight. 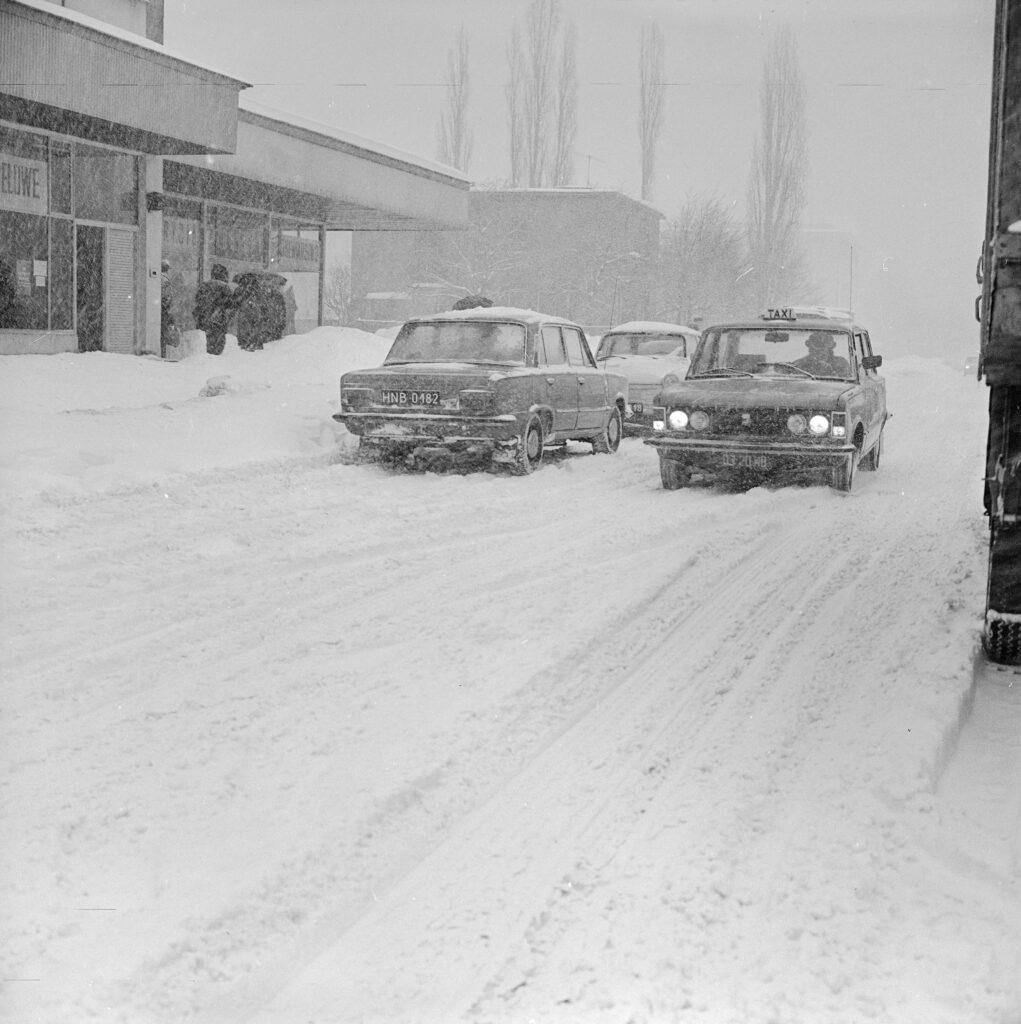 Struggling through temperatures of -21, in Lublin it’s said returning partygoers came close to death as they made their way home in flimsy dinner jacket attire. In Gdańsk, meanwhile, authorities were so alarmed by developments that they were moved to announce a state of natural disaster. And those were the cities – in the towns and villages of backwater Poland, entire communities found themselves cut off from the outside world. 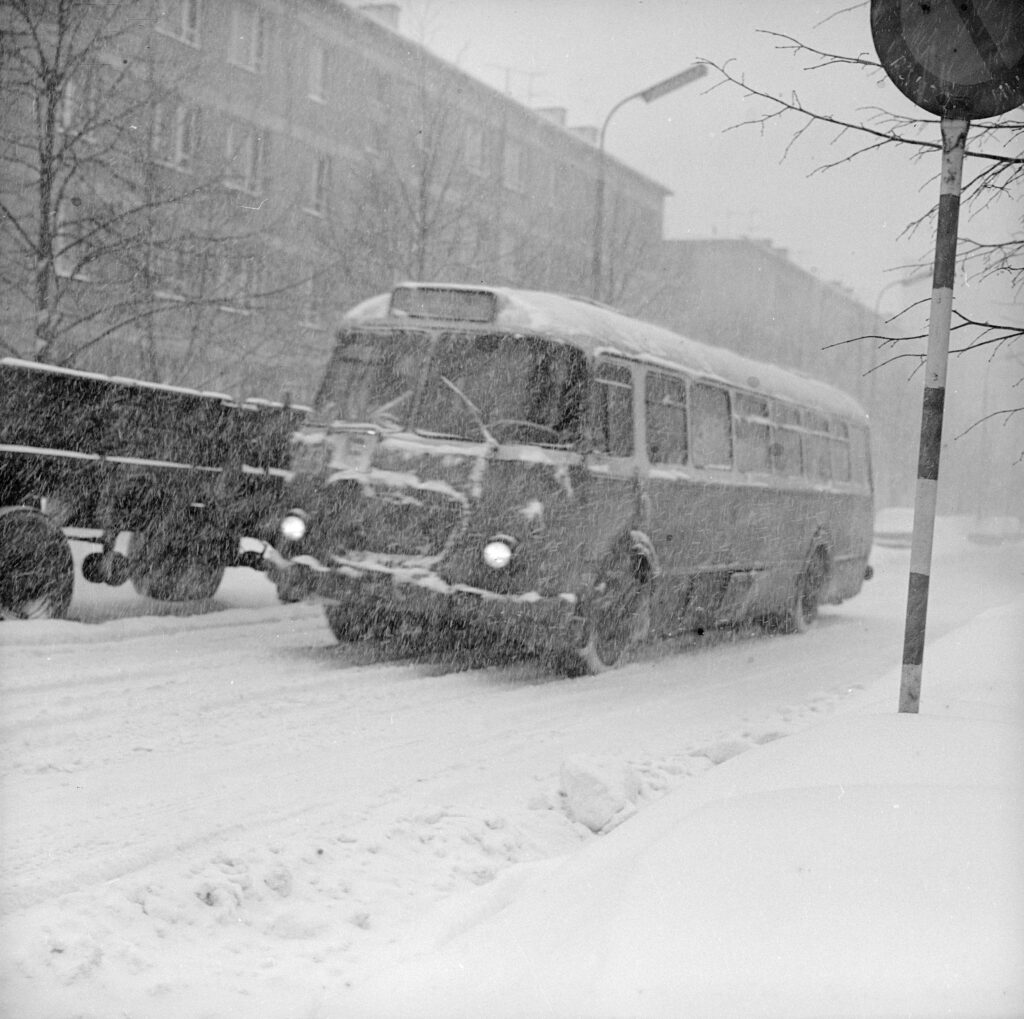 Amazingly, as it proved, this was all but a dress rehearsal for the biggie up ahead. 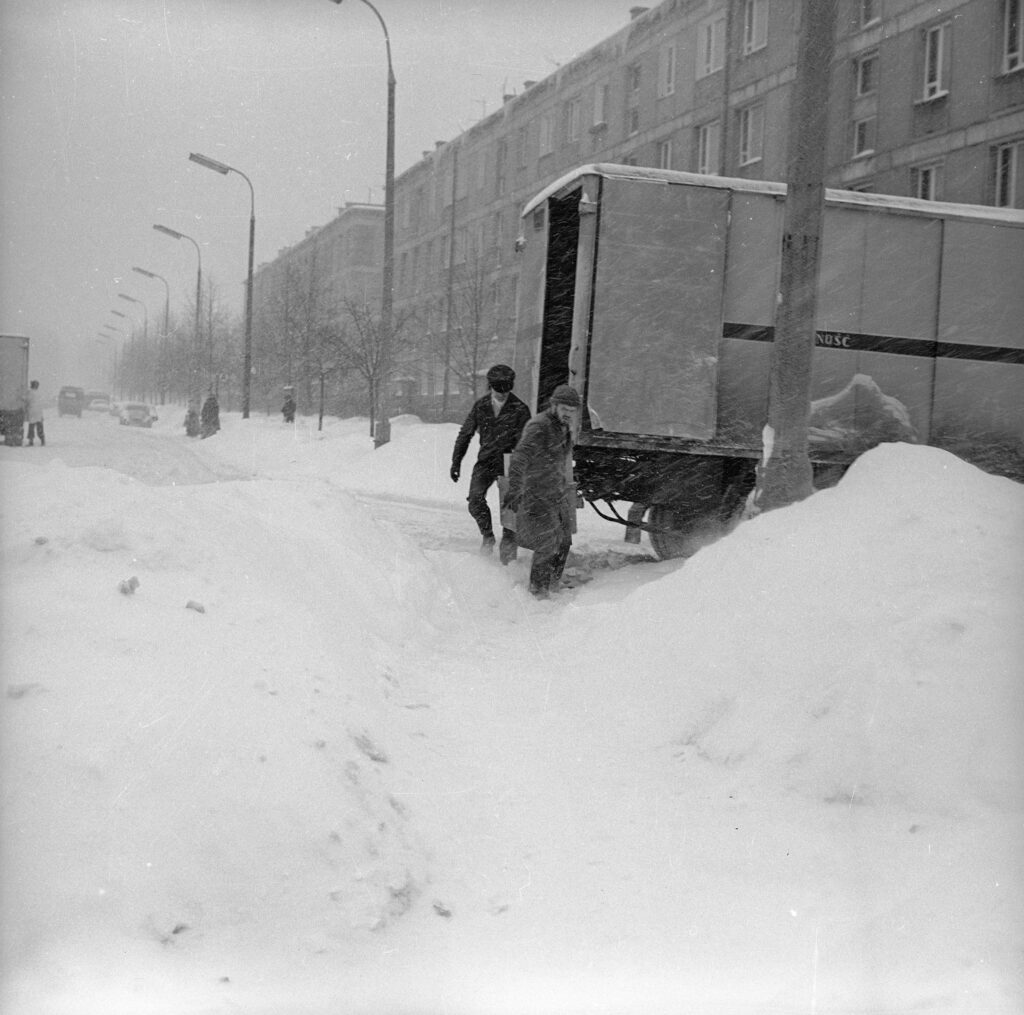 Beginning on January 30th, Warsaw was hit by a five day snowstorm – on the first day alone, the capital found itself buried under half-a-meter of white powder. Falling in unrelenting sheets, it wasn’t long till the capital was utterly submerged under snow. An awesome demonstration of nature’s blind indifference to man, the entire city was left paralyzed. 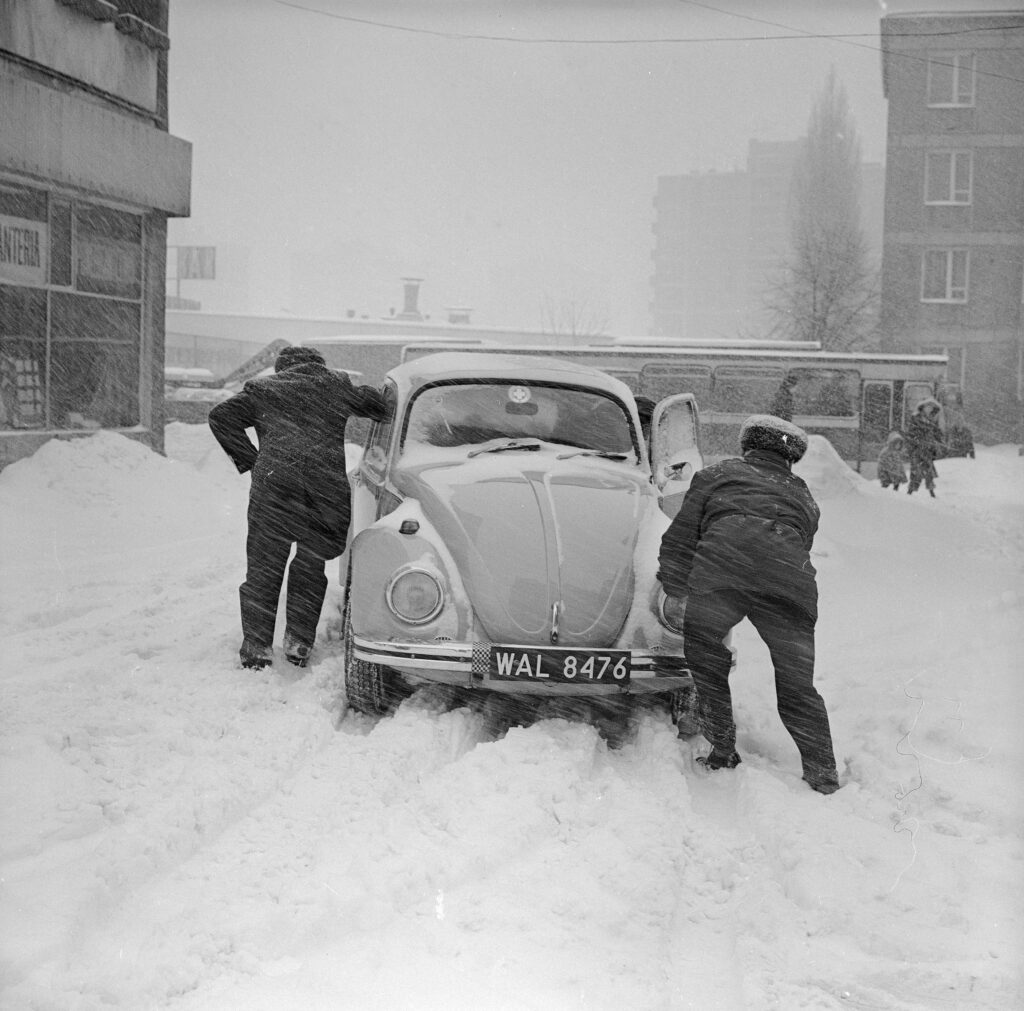 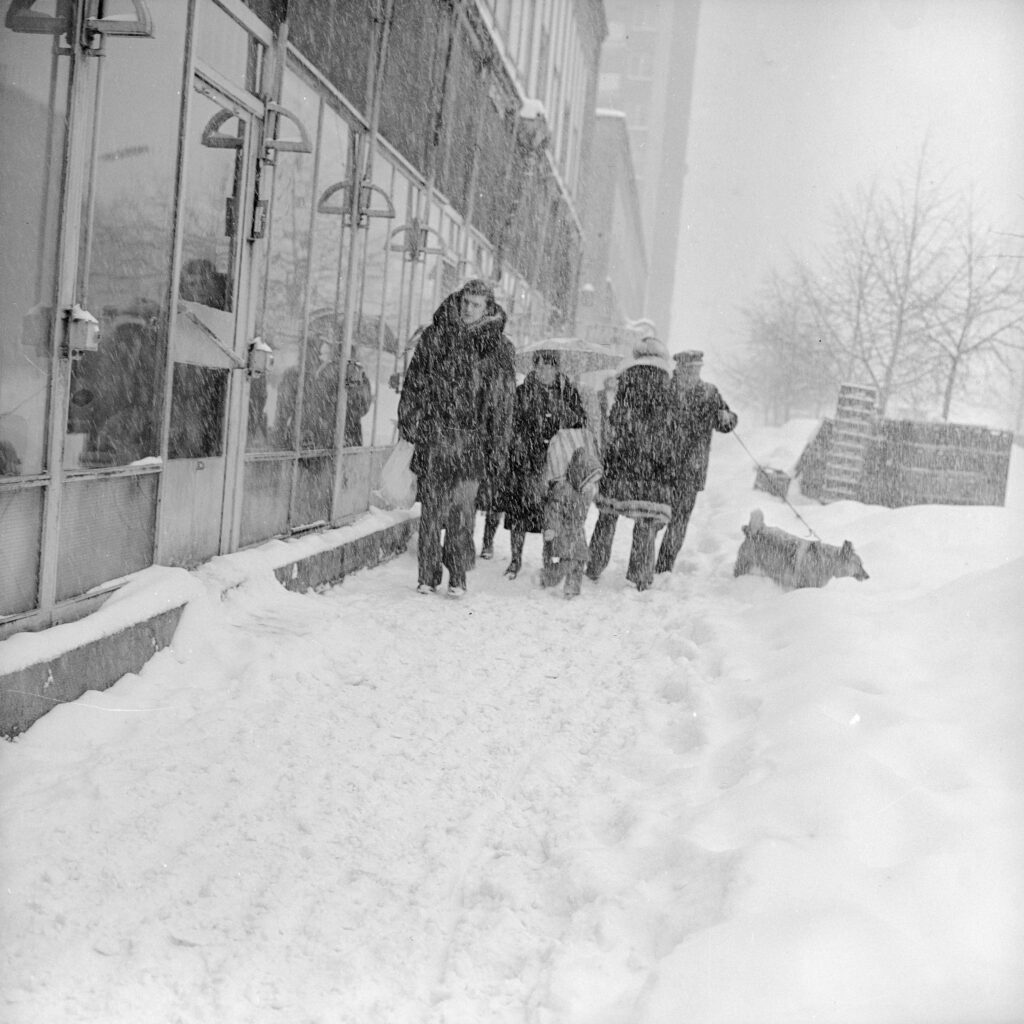 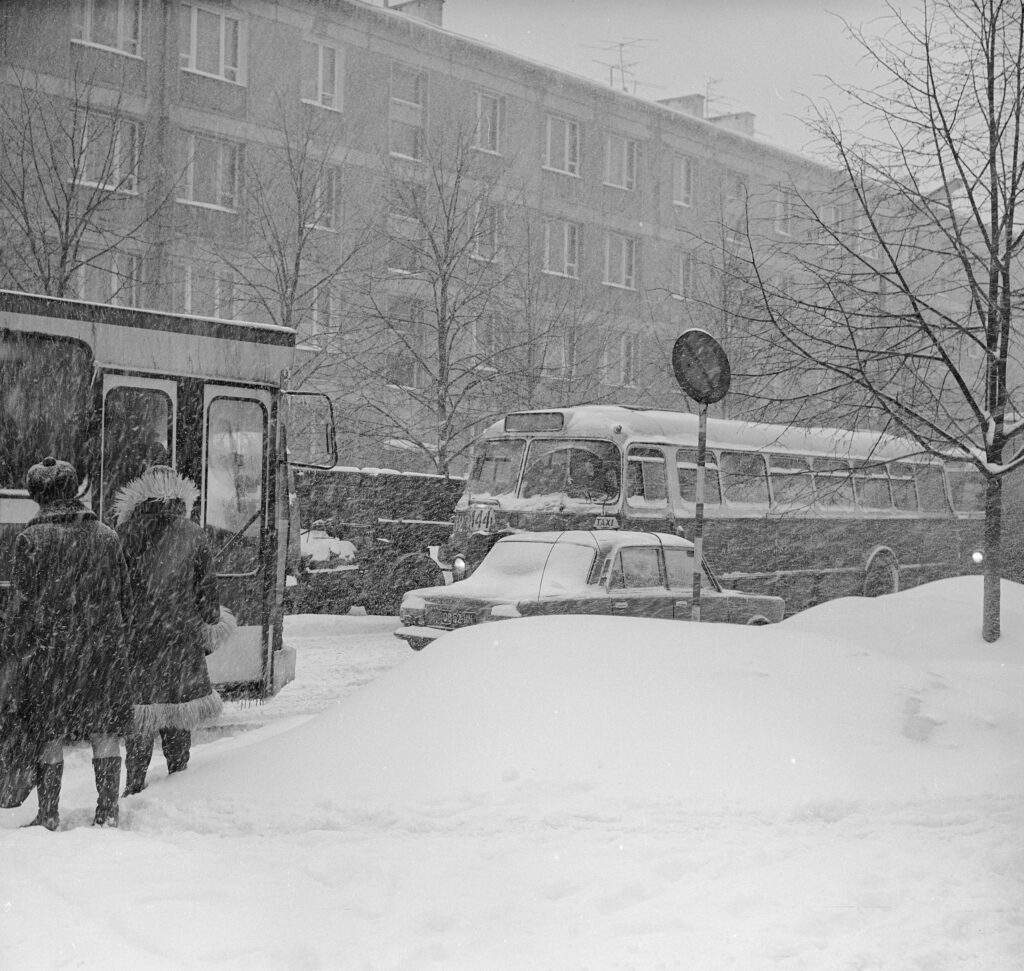 Captured in brilliant detail by roving photojournalist Grażyna Rutowska, her images show the full might of the blizzard as well as the city’s sheer endurance: amid Polar-style snowdrifts and trapped vehicles, shivering queues can be seen lining for provisions. 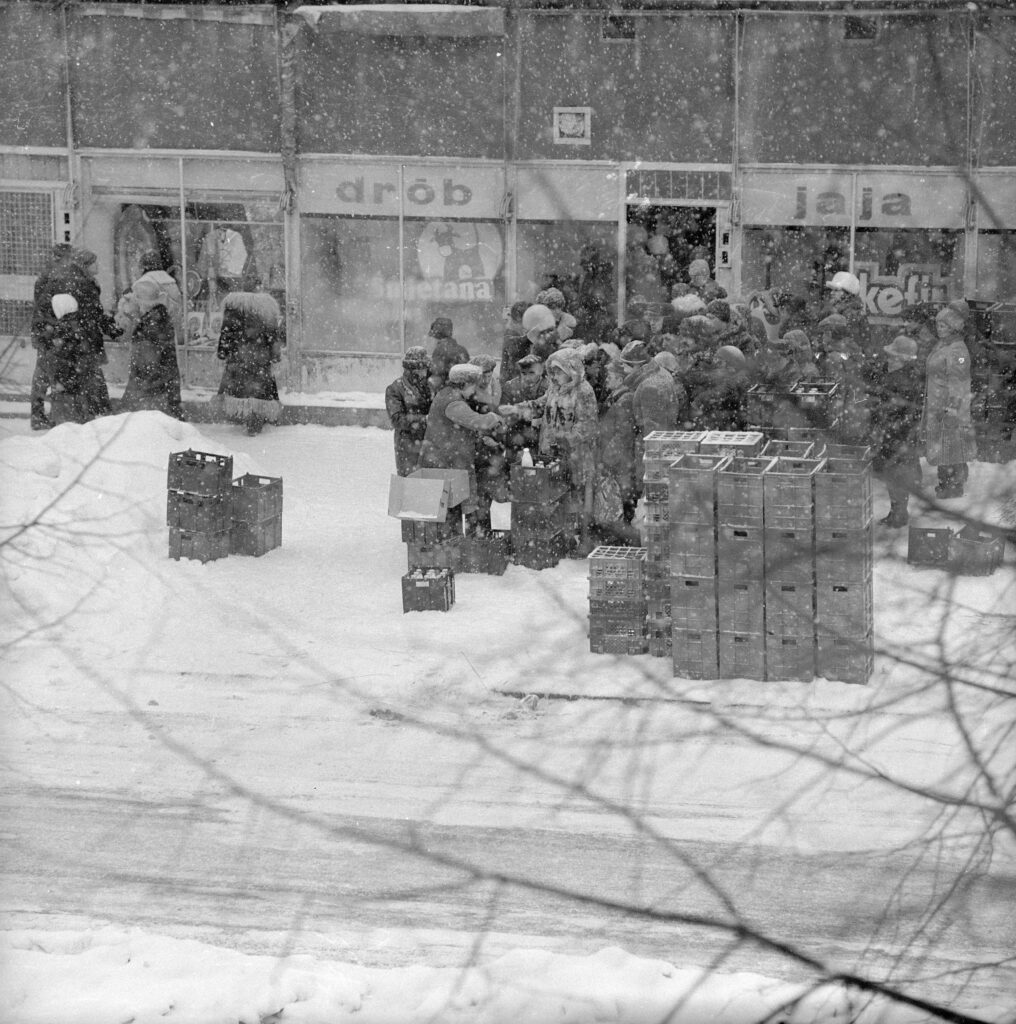 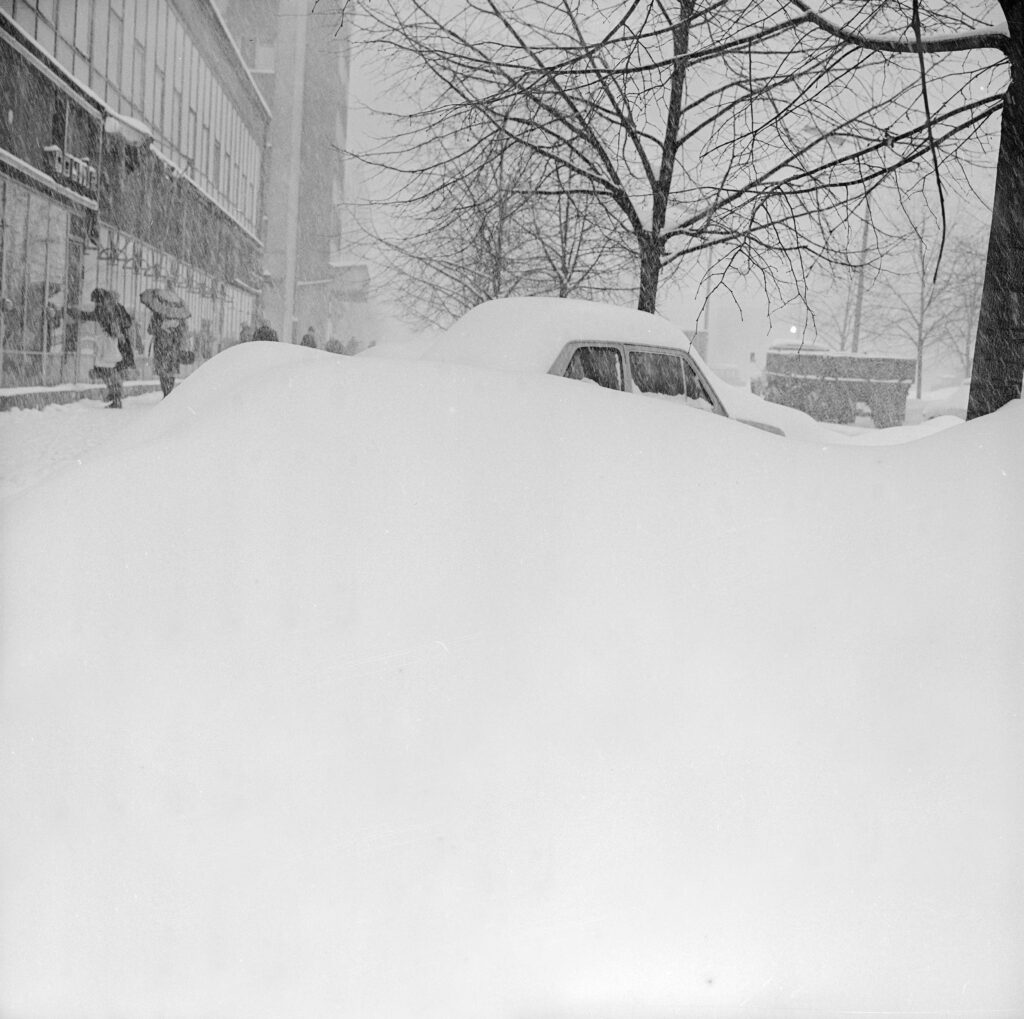 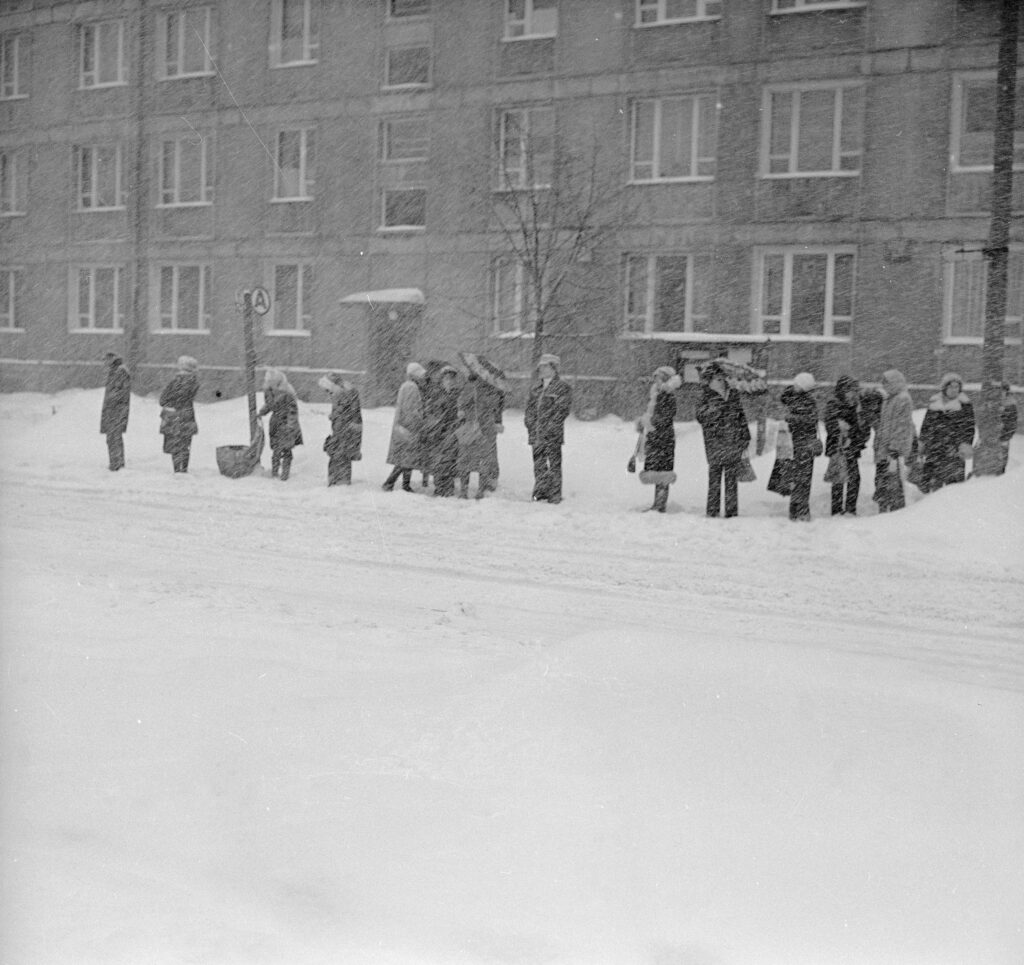 Fully digitized and publicly available on the NAC’s online archive, Rutowska’s pictures are not without humor, either – providing light relief among the suffering, her black poodle Agat can be spotted cavorting in the snow. 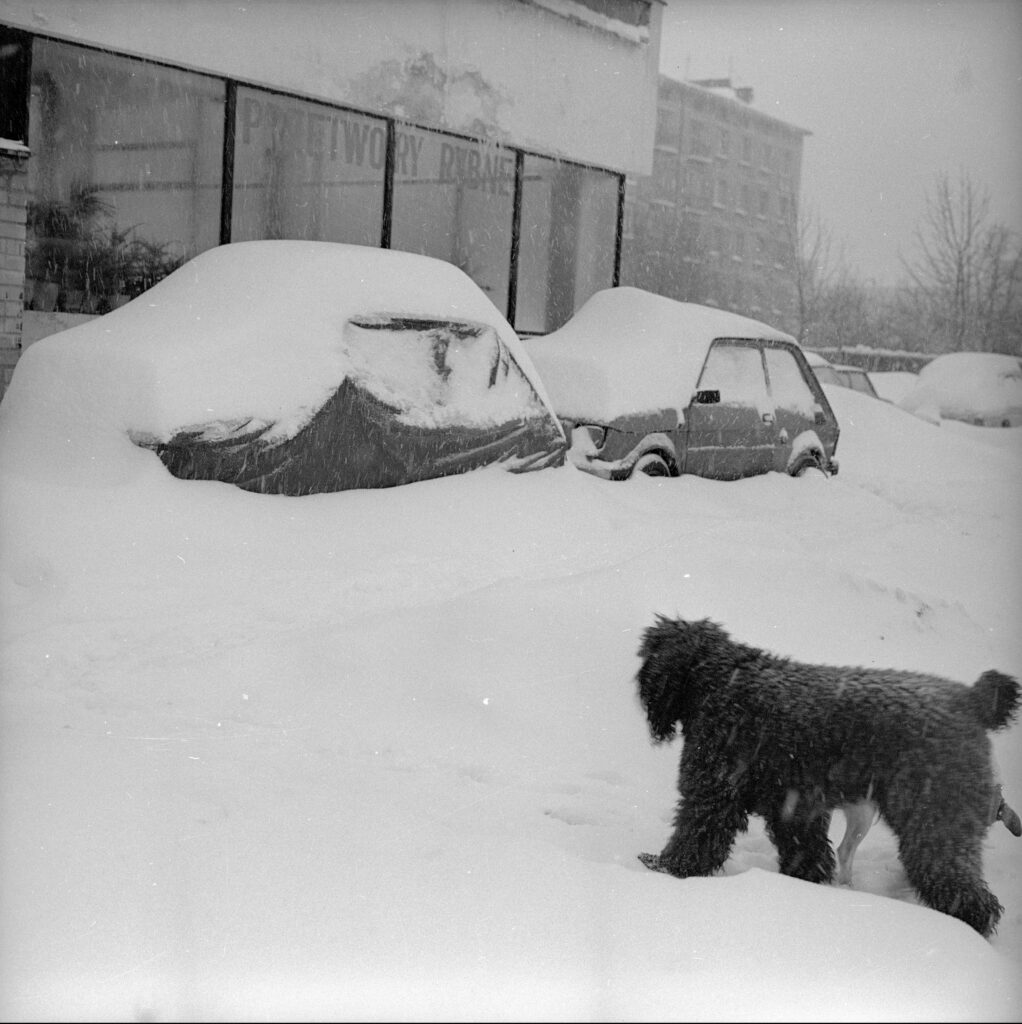 Arguably, however, it is not the ferocity of the winter that many remember, but the togetherness it fostered. 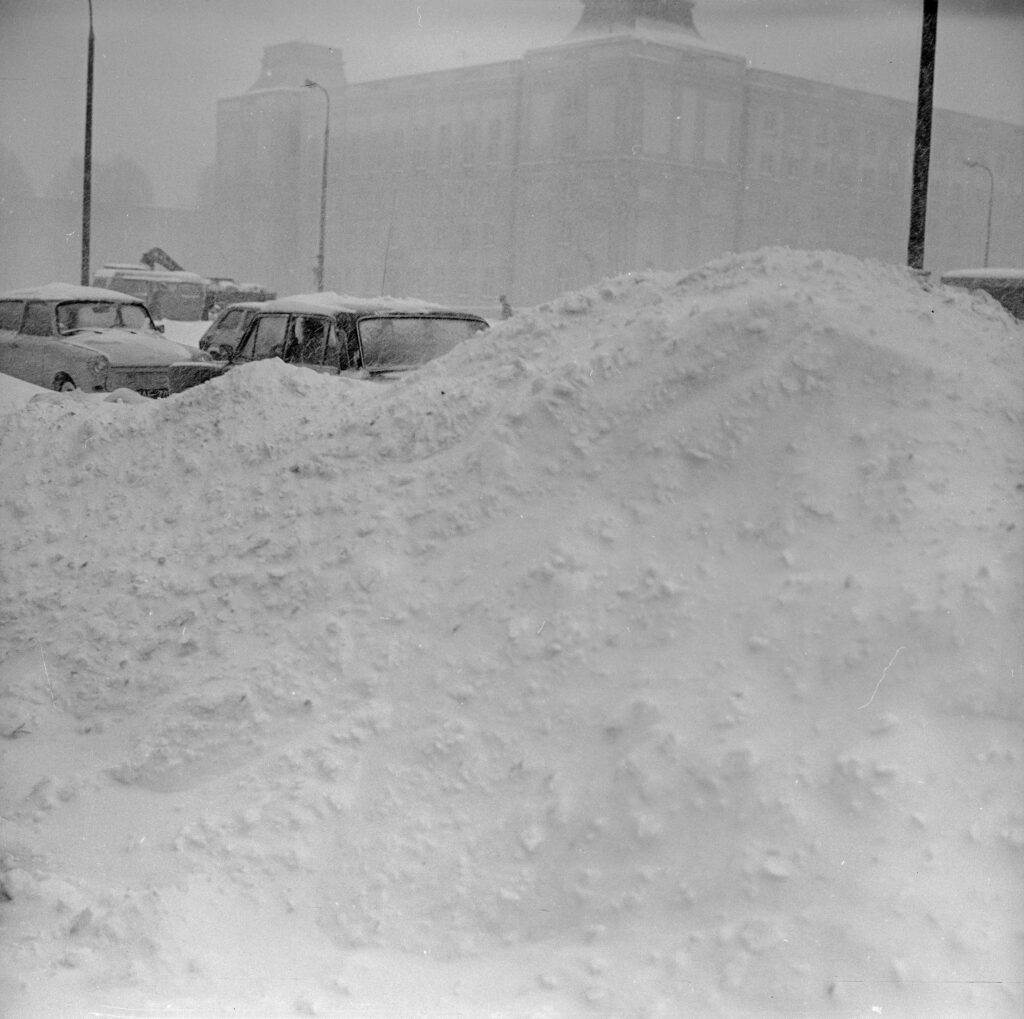 Starting on February 4th, 600,000 volunteers hit the streets in a collective effort to clear the snow and return the city to some semblance of life. 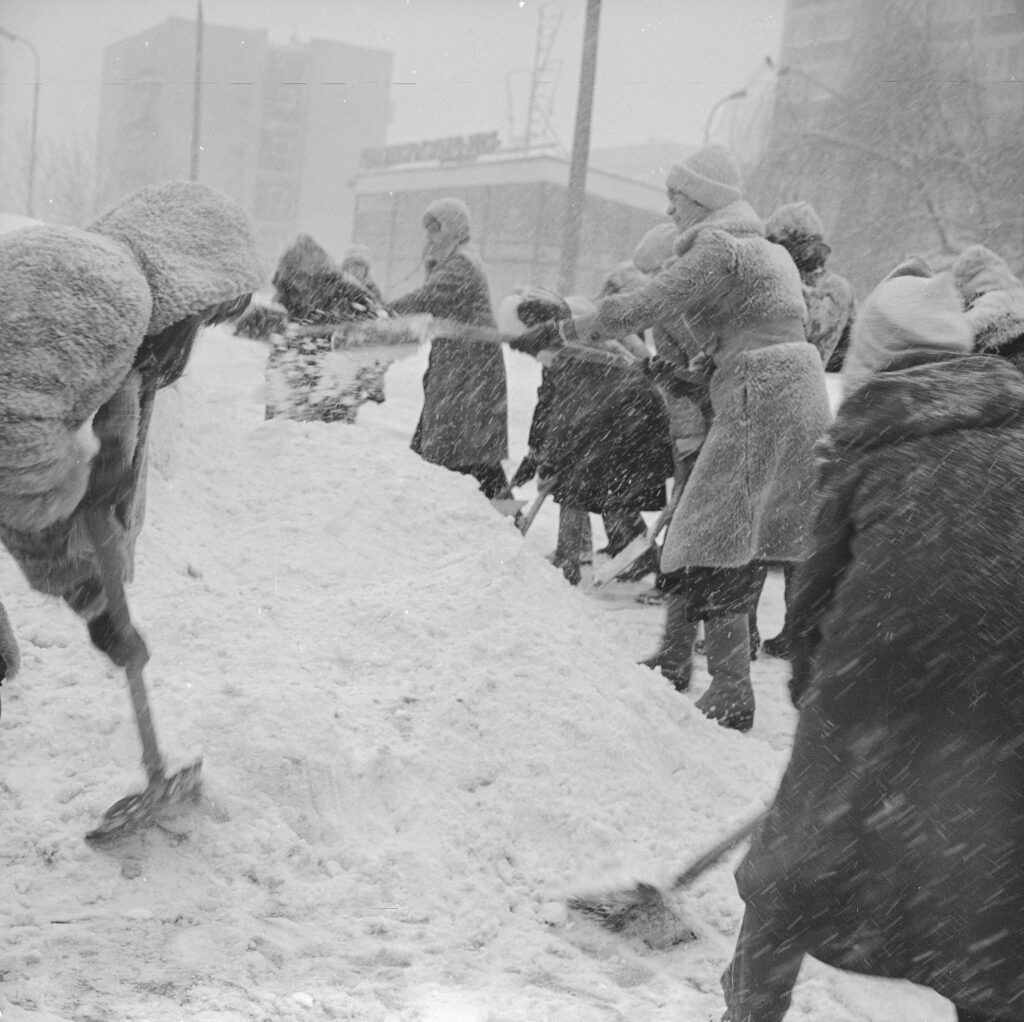 “It was like a miracle came to pass,” remembers one eyewitness. “As if spontaneously, everyone, young and old, came out from their apartments and joined in this action.” 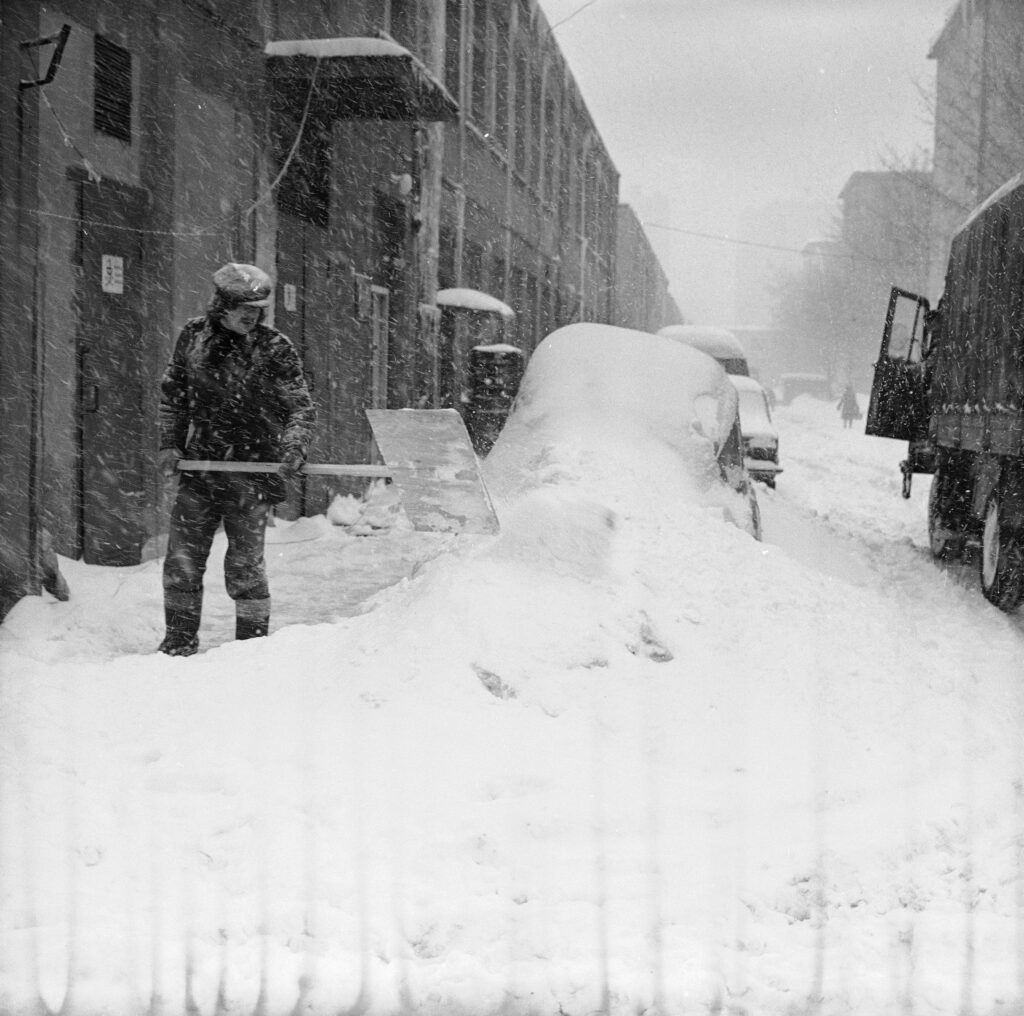 United as one, others recall how this mass mobilization had unexpected consequences for the Gierek regime. “All of a sudden,” recalls another participant, “we weren’t afraid to say what we thought. Anti-party sentiment spread like wildfire – seeds of rebellion were planted.” 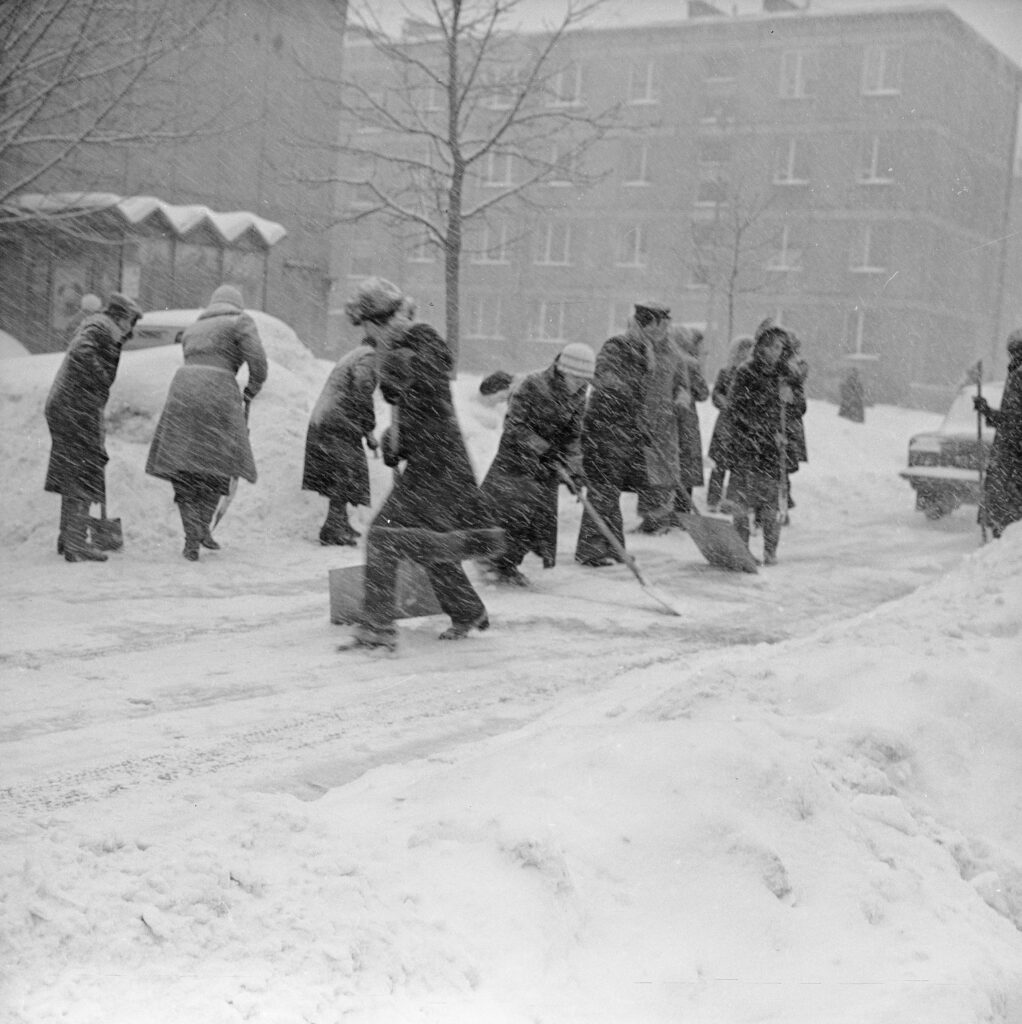 But as remarkable as this story of human fortitude is, it comes not without tragedy. The after-effects had left the city’s infrastructure in a precarious state, and as such on February 15th a frost-damaged gas pipe running underneath the PKO Rotunda exploded ripping apart the building and leaving 49 dead. 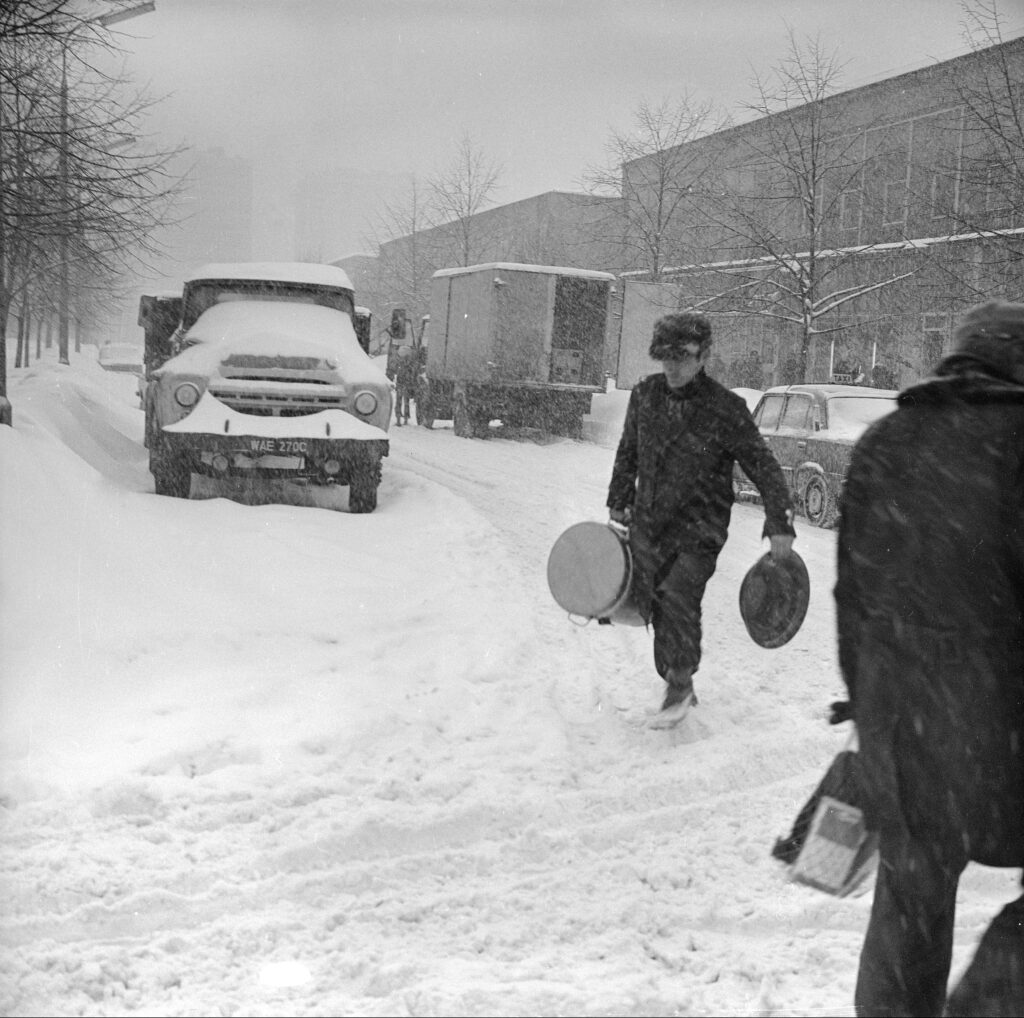 Though conspiracy theorists continue to claim the disaster was actually the result of a bomb left by embezzling bank officials keen to cover-up their tracks, others now recognize the dead as being the ultimate victims of this “winter of the century”.