With Warsaw’s night owls making their seasonal migration to the Wisła, the Insider plunges headfirst into the waters of debauchery… 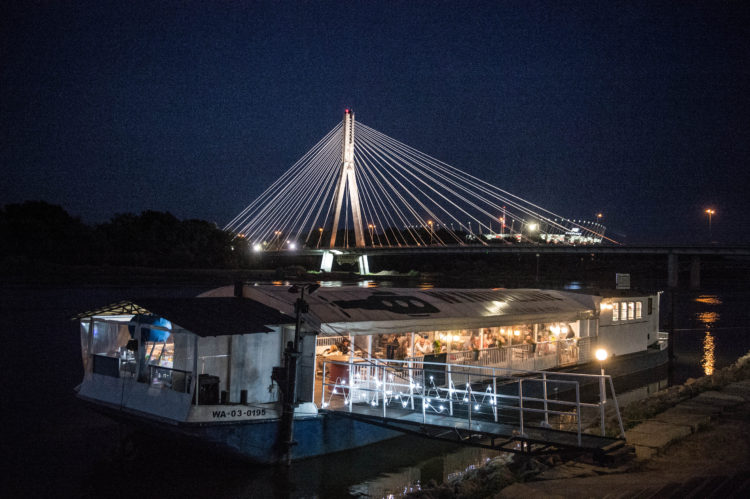 Disregarding the fact that it read suspiciously like a listicle generated through a quick bit of internet research, when The Guardian named Warsaw as having one of the ten best European riverside scenes in 2016 it was seen as a reinforcement of what many were already thinking: that something special was afoot. But if the riverfront was a hot topic two years ago, today it’s even hotter.

Certainly, it’s a far cry from the old days – blighted by petty crime, outbreaks of boozy violence and general disorder, the Wisła at the start of the millennium was a great place to drink… if you liked a punch-up. Lined with rickety sheds selling plastic pints to bull-necked goons, a nadir was hit when a Japanese tourist found himself tossed into the water by hostile natives. A year or so later, a decapitated body was retrieved from underneath a barge. When City Hall finally clamped down on riverfront drinking it was seen as an inevitable reaction to an insoluble problem. 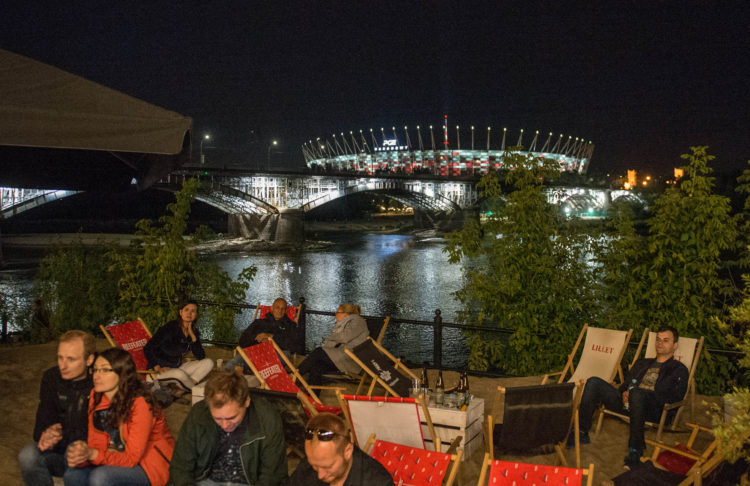 Click forward fifteen years and the contrast couldn’t be sharper. If once the Wisła was a lawless danger zone, today the biggest problem posed is the hangover the next day. Sparked by the stage-by-stage redevelopment of the left bank promenade, bars and clubs have popped up like pimples making the western side the place to be once the mercury climbs. However, while signs of this revival were already brewing a few years back, this year has seen a rapid acceleration in terms of variation. 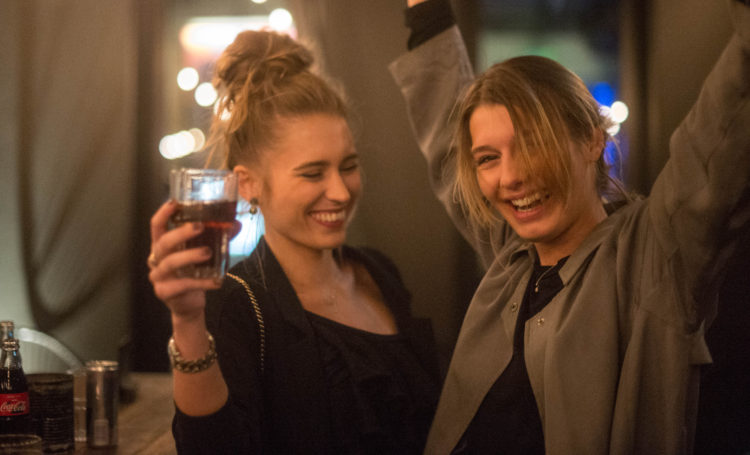 By in large, that rests on the shoulders of The Tides, a swanky development to the south of Most Poniatowskiego. Completed late last year, the investment hasn’t just added to the number of prestige apartments in the capital, but shaken its nightlife to the core. That much becomes apparent visiting Sen. Perched on the top floor it’s unlikely you’ll find a higher density of pretty things anywhere in Central Europe. Filling a dual role of cocktail bar and club, watching the sun set over the National Stadium from the rooftop terrace is one of those life affirming moments where everything feels good. “Come back later,” promises the barman, “and it’ll get even better.” We’ll see about that… 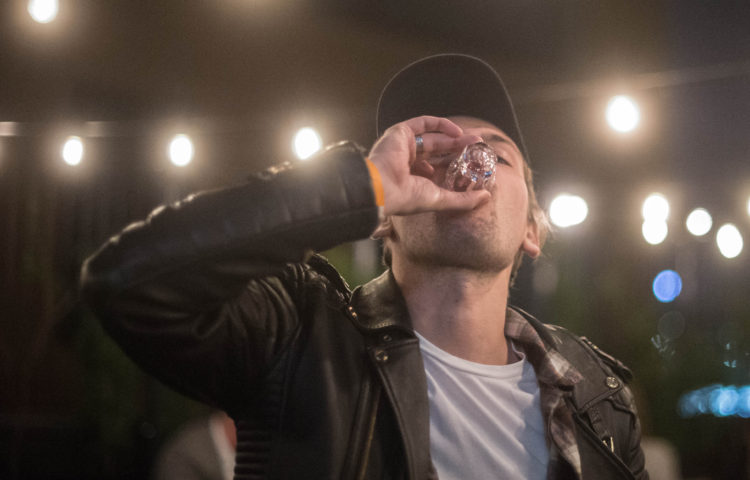 Leaving, and its northwards that we head. Streaked in outrageous shades of candy floss pink, the evening sky is the perfect match for the pre-party mood. With the ban on outdoor drinking rescinded earlier this year, the terraced steps of the riverfront boulevards have been hijacked by hundreds, nay thousands, of youngsters swigging from cans and passing around bottles; as they do, the music from dozens of competing sound systems merges into one to form a solid wall of relentless beats. 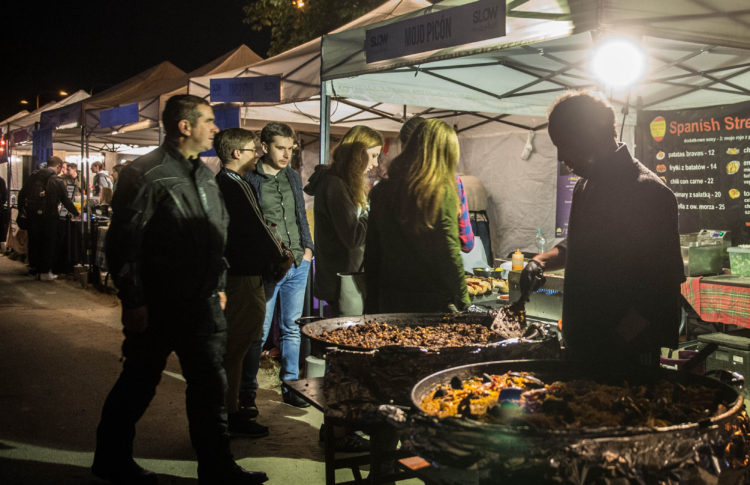 The atmosphere gains strength with each passing minute, seemingly peaking around Plac Zabaw: lined-up like sitting ducks, a couple of dozen food stalls do a brisk trade keeping the drinkers fed. But while we eat well, to drink well we must push on to Barka Wynurzenie. Moored in the shadow of the Copernicus Center, this boat is one of few venues on the strip to deal artisan beers that are actually worth drinking; but deterred by the lack of seats, not to mention the gentle dizziness of being on a boat, we opt for a U-turn and a return to Sen. 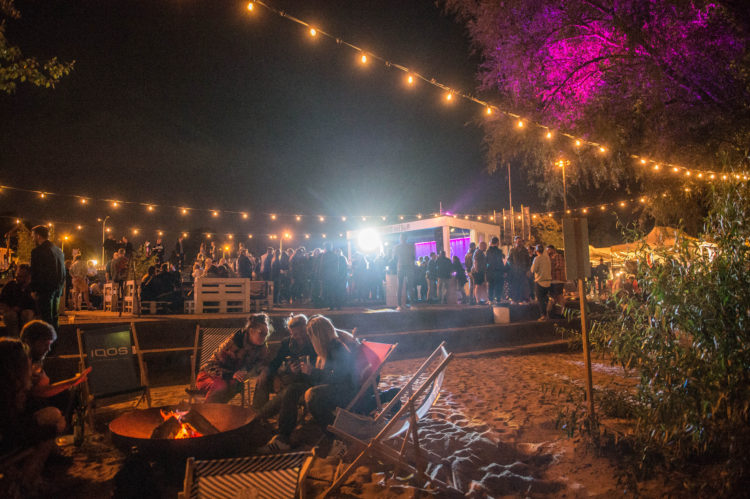 But before that can happen, more drinks are to be had on the ground floor of The Tides. Sat next door to each other, Winsky and Zachodni Brzeg offer a well-to-do atmosphere that’s casual, relaxed and removed from the intensity of the free-for-all in front. Sen, on the other hand, has reached an impossible zenith, and reentering we are met by a tidal wave of gorgeousness. Wall-to-wall with George Clooney lookalikes, off-duty celebrities and catwalk glamor pusses, the carefree hedonism is like something from a film – only tonight, you’re one of the stars. Sod the bank account, bring me champagne. 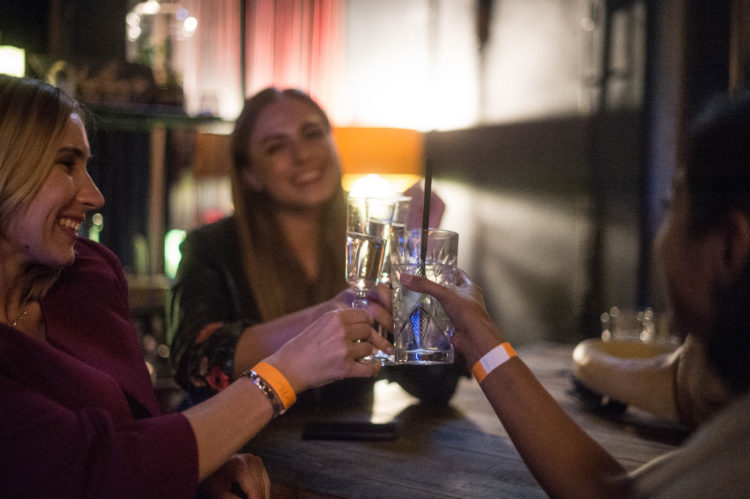 Floating down from this cloud, the decision is made to go south. Within minutes, we’ve entered the jaws of carnage. Presenting our final challenge of the night is Cud nad Wisłą, a legendary beach club attracting all walks of life. Opting to shortcut the line to the toilets I head into the bushes only to step into something that’s brown and sticky and possibly human. Immediately I vomit. The photographer fares only a little better: sucked into the havoc of a dance tent, he’s last seen helplessly drowning in a sea of flailing limbs. With highs and lows aplenty, it’s just your typically messy finish to a night by the river. 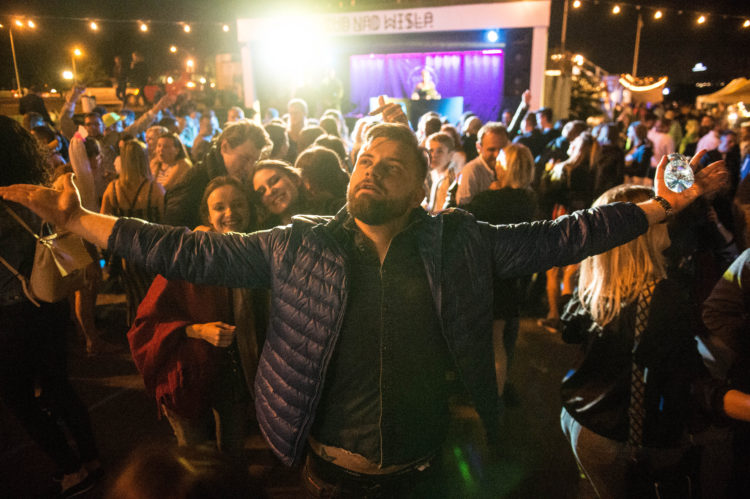