Credited as the driving force behind the reconstruction of Warsaw’s Old Town, a monument honoring Jan Zachwatowicz was today officially unveiled by Mayor Rafał Trzaskowski. 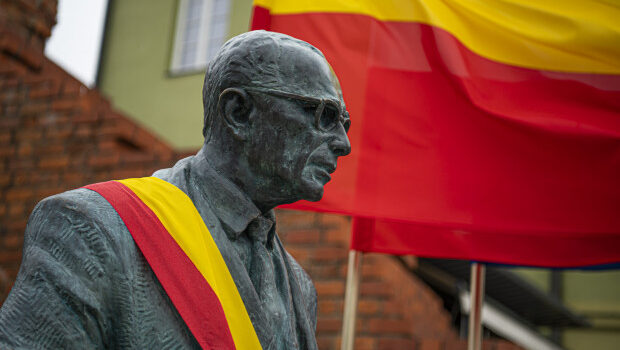 At a time when plans had been mooted to turn the capital’s historic center into an anonymous housing estate, Professor Zachwatowicz stood firm in his dedication to rebuilding the Old Town from scratch.

Speaking at the ceremony, Renata Kaznowska, the city’s deputy president, heaped praise on the architect:

“From the very beginning he insisted that the Old Town should be a faithful reconstruction and not a completely modern area,” she said. “This was by no means an obvious standpoint to take.” 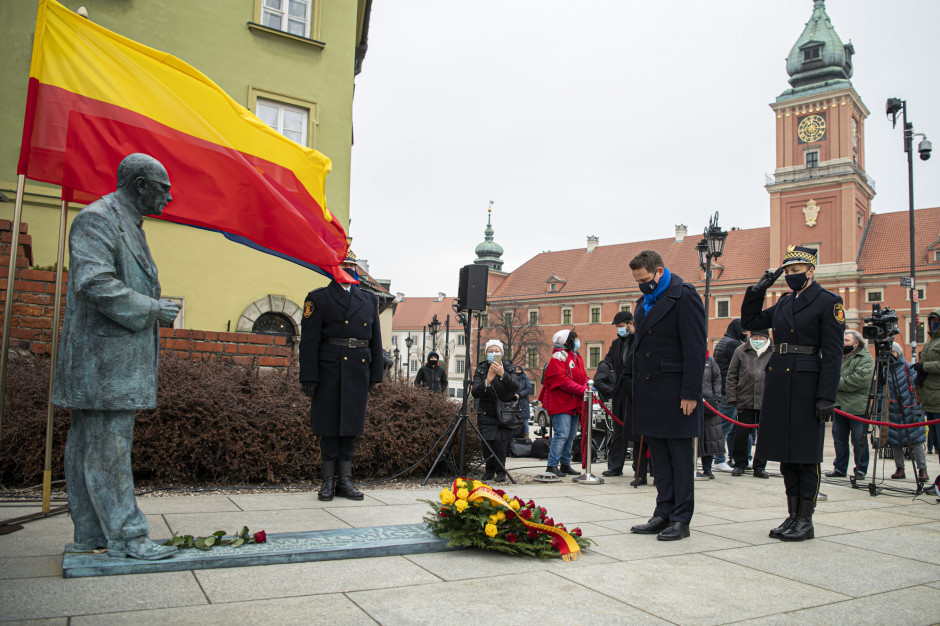 Blown to smithereens as a result of the 1944 Warsaw Uprising, some campaigners wanted to see the ruins left as they were as a testament to the brutality of the war. Others, meanwhile, saw it as the ideal place to develop a Socialist Realist housing estate in much the same vein as the MDM complex.

Charged with leading the Capital Reconstruction Office, Zachwatowicz refused to waver and it was under his direction that Warsaw’s Old Town rose once again.

Described as “a man of legend” by Rafał Trzaskowski, Zachwatowicz’s legacy resonates to this day.

Planted a stone’s throw from the Royal Castle, the bronze statue was authored by Karol Badyna and depicts Zachwatowicz strolling to work. Unveiled on what would have been his 121st birthday, the accompanying plaque bears the simple message: “1900-1983 Jan Zachwatowicz, the architect of Warsaw’s reconstruction”.