They’ve done it again. Hailed as the sensation of 2013, Cuda Na Kiju have returned with a new string to their bow. Opened a couple of weeks ago their latest launch is Zamieszanie, a cocktail bar set in the glass-walled unit opposite their multi-tap.

And yeah, so far, so good.  As you expect, the design is modern and minimal – with a building like this, you don’t need many bells and whistles. As for the cocktails, they’re made utilizing fresh fruit from out-of-town farms, bottled downstairs, and then left upstairs in buckets of ice. Presented in a rainbow of colors, they look every inch the real deal. 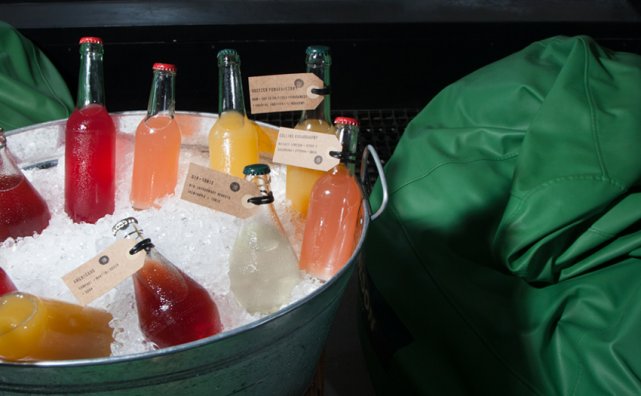 Of course, the whole ‘bottled downstairs’ thing does mean the cocktails lack the personalized touch: when I hit the cocktails I like to challenge the barman, get them ad-libbing a little, get them being creative. Here that’s impossible. Likewise, the anonymous production line concept means you’re left drinking stuff that’s not all that different to the flavored alcopops that caused moral panic in 1990s Britain.

Not that I mind. If you want bespoke, complex cocktails, Warsaw has them elsewhere. If, on the other hand, you just want a cold, creative alternative to lager, then Zamieszanie can help. And with everything ready-to-serve, you’re not going to be waiting ten minutes while some bozo like myself cajoles the barman into adding a sprinkle of this and a dash of that.