Shielded from the outside world by a phalanx of shrubbery, the mood in Zielnik’s garden is serene and detached; a benign breeze blows under elegant canopies of pearl white color, whilst impeccable waiters glide around with practised grace. Today they will be busy, for the Insider’s team has arrived with an appetite. 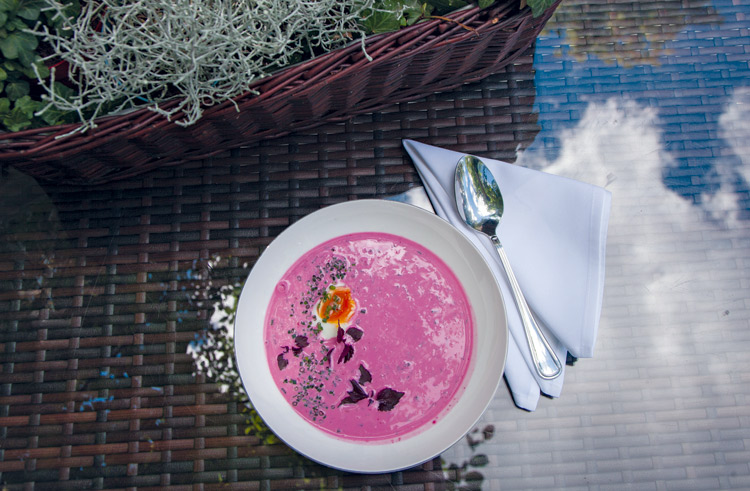 What better way to start than with chłodnik, the quintessential taste of the Polish summer: chilled, complex and reassuringly refreshing, this pink beet soup is a sensational beginning. A skewer of prawns come next, complete with ripe avocado and a peppery kick. Then, a burrata salad, a simple sounding thing with unexpected texture and plenty going on. 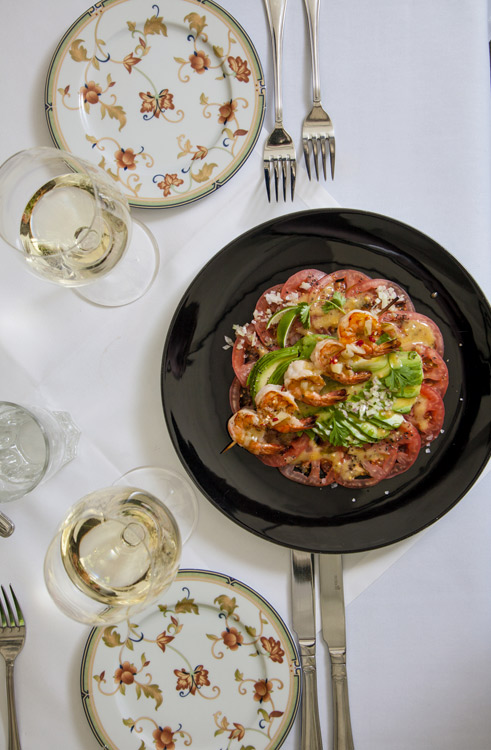 The rock star role though is played by the grill: there is veal in chanterelle sauce served alongside pureed potatoes as fluffy as Persian kittens; sausages made with fallow deer prompt a collective swoon, while the lamb shashlik has the final word – on its own, it’s good, but with the sauce, a demi-glace made with the aid of the lamb’s baked bones, it becomes something else: something astonishing. 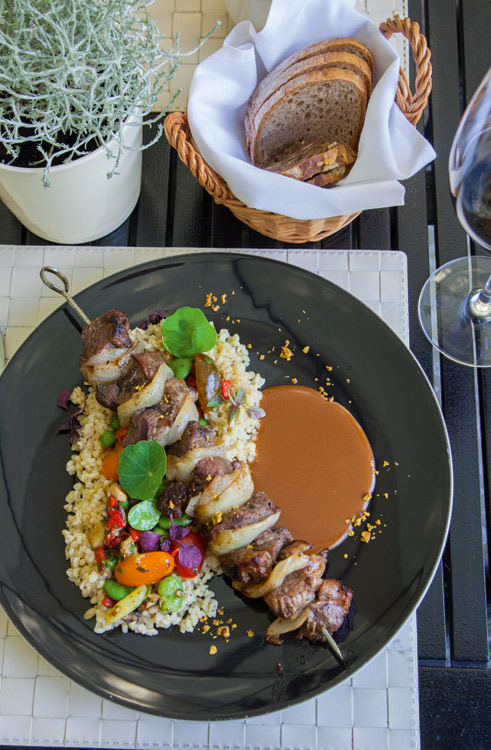 Toasts are raised, for this is a lamb that didn’t die in vain. Amazing to think that all this wouldn’t be possible without the grill that’s so central Zielnik’s al fresco venture. Should you stay for dessert? Of course, and in particular, the towering pistachio-based meringue: light, luxurious and a big, blazing end to a feast to remember.