Mokotów107 Polish117
Almost British in its damp and inconsistency, this summer has teased, frustrated and only occasionally delivered. Regardless of this, the natives remain defiant and...

Almost British in its damp and inconsistency, this summer has teased, frustrated and only occasionally delivered. Regardless of this, the natives remain defiant and undefeated – the first crack of light, and out they come, scurrying outside to bask in the sun. For some, this has meant surrendering all privacy and descending on the riverbank; for others, city center terraces that bake in the heat. For me though, summer has meant rediscovering Warsaw’s wee band of suburban secret gardens.

Hidden behind a screen of greenery, Zielnik is one such place. Proper, prim and perfect, it’s a venue where the popping of corks and gentle murmur of conversation drift softly under the pristine white canopies – squint a little and you’d think you were at Wimbledon (the tennis tournament, not the football club). 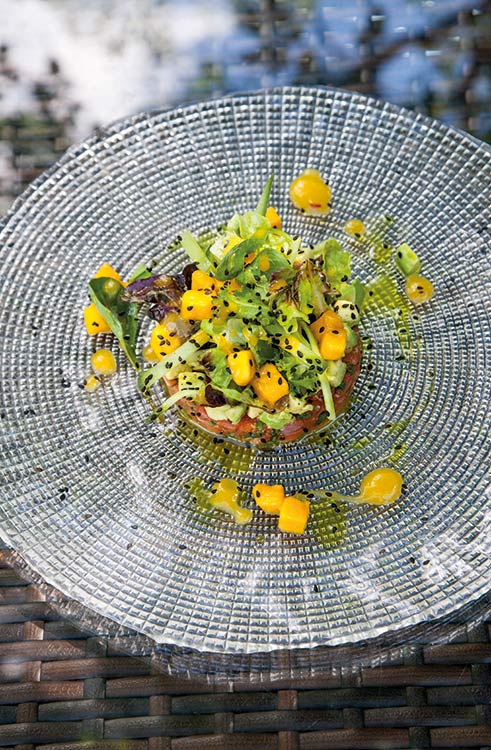 Food-wise, the menu has a heavy Polish perspective, but one that feels contemporary and open to global influences: incorporating shallots, peppers and coriander oil, the crisp gazpacho is a prime example of this. So too is the Baltic salmon tartar: marinated for 24 hours with salt, sugar and coriander seeds, it’s served with mango, cucumber and avocado. A mix of domestic and international produce, it presents, in the words of our waiter, “everything we love about the summer.” 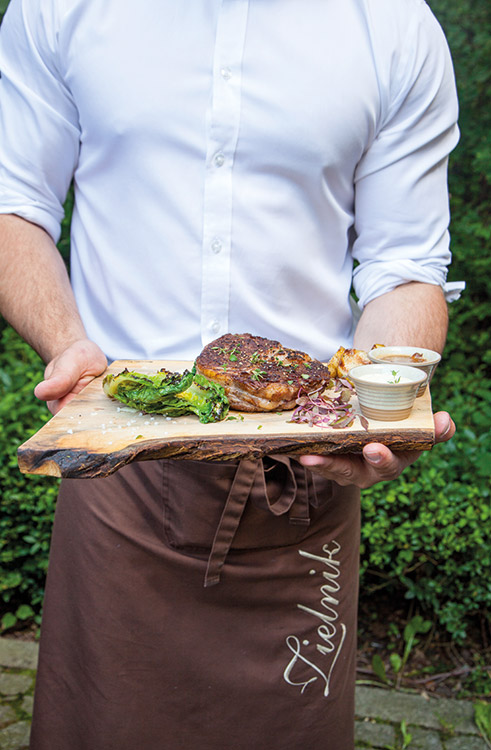 Chanterelles picked in Hajnówka return the focus to Poland: complete with caramelized cauliflower and a poached quail egg, it’s a dish that feels fundamentally and proudly Polish – the wild forest tastes given sophistication by the smooth, buttery finish. Mains are equally patriotic: presented on a wooden board, the spare ribs are sticky and succulent and served in a dinosaur portion; roast duck, it’s crackly skin perfectly browned, arrives ringed in vivid whirls of apricot and plum sauce; and finally, a Hereford entrecote cooked medium rare.

By the end, all that’s left are piles of bones and scrunched up napkins, empty bottles and smudged glasses – in fact, all the indicators of a tipsy afternoon in a cherished summer hit.