How did Warsaw eat before 2012? Bloody badly, if you ask me. If, like me, you’re a fan of ‘street food’, you’d have found scant pickings that concentrated around nasty kebab stores serving meat of doubtful origin. And then burgers came along. And they didn’t stop coming along. In the space of a year it’s estimated about 80 entered the market. It was brilliant.

Actually, it wasn’t. It should have been brilliant. The trouble was many were pretty rubbish, and opened as some ‘get rich quick’ scheme by people without a clue. So, two years on, where are we: like a passing comet, the burger trend has fizzled out. Good places have survived, bad places (or many of them) have closed. The question is, does Warsaw need another? 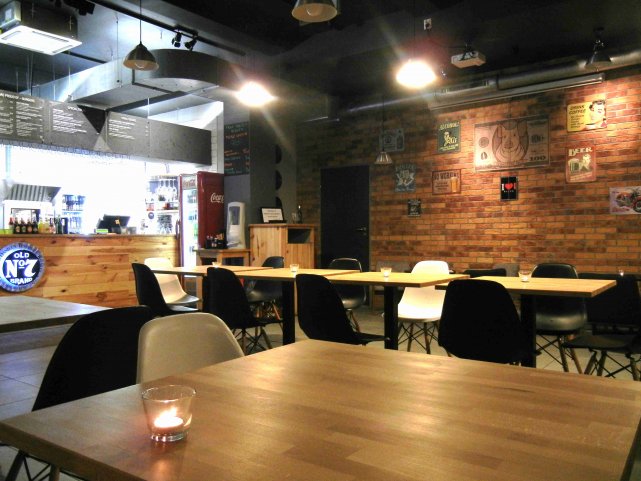 In the case of Ziggi Point, the answer is a yes. Emphatically so. Opened earlier in the year, the concept is simple. Firstly, a proper interior, rather than some clapped out little cabin. “Come here wearing Armani aftershave,” says the owner, Ziggi, “and you’ll leave still smelling of it.” So one point for proper ventilation. Another point goes to the actual design: spacious, informal, inviting. There’s a few vintage signs (‘Drink coffee – do stupid things faster!’), some vinyl records and a background of classic rock. It feels like an American diner should do.

And while there’s an antique coke machine, why bother with drinks like that when you’ve got the botanical Fentiman’s brand on sale. But mostly, Ziggi’s real victory is achieved in the kitchen. Utilizing rib-eye entrecote and handmade, artisan buns, there are no shortcuts. In fact, the only thing you’ll find that’s mass-produced is Heinz ketchup: “let’s face it,” says Ziggi, “you won’t find better ketchup.” 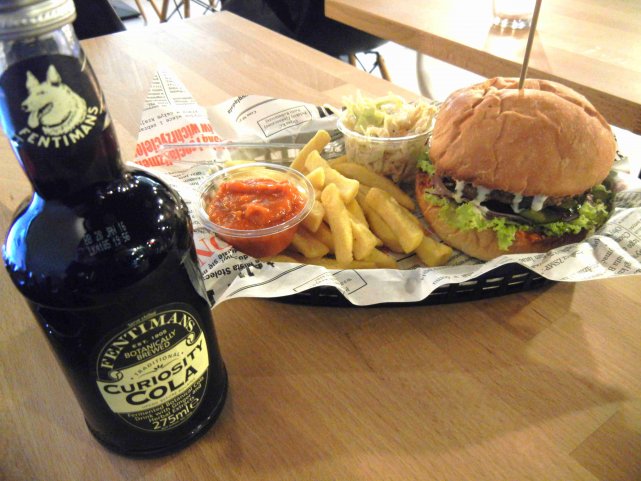 The burger though, it’s all about the burgers. Served with double-cooked, crunchy Belgian fries, it’s the burgers that have emerged as a candidate for Warsaw’s best. There’s the Desperado’s, with its spicy bite, and the De Funes, with caramelized onions and gorgonzola. They are delicious, and in a class of their own.

But there is more: chicken wings, baby back ribs, and steaks. Everything ordered speaks of attention to detail – even the drinks: craft and regional beers and precisely fixed cocktails. If Ziggi was a burger joint you would class it as top of its tree, but the real point is it’s so much more. It’s a hangout, a bar, and a diner in one. It’s taken Warsaw’s burger fixation and taken it the next level. Most of all, it’s really rather special.