Today I am sitting on a boat with a good glass of red. A gorgeous woman is fussing over me and my lunch has just arrived. Life isn’t just great, it’s perfect. It’s not often I feel like Jack Nicholson, but this is such a time. Strangely, I haven’t absconded to Cannes or the Caribbean, all I’ve had to do was take a cab down to Krucza. So what about the boat? That’s the statement piece inside Zmiana Klimatu. 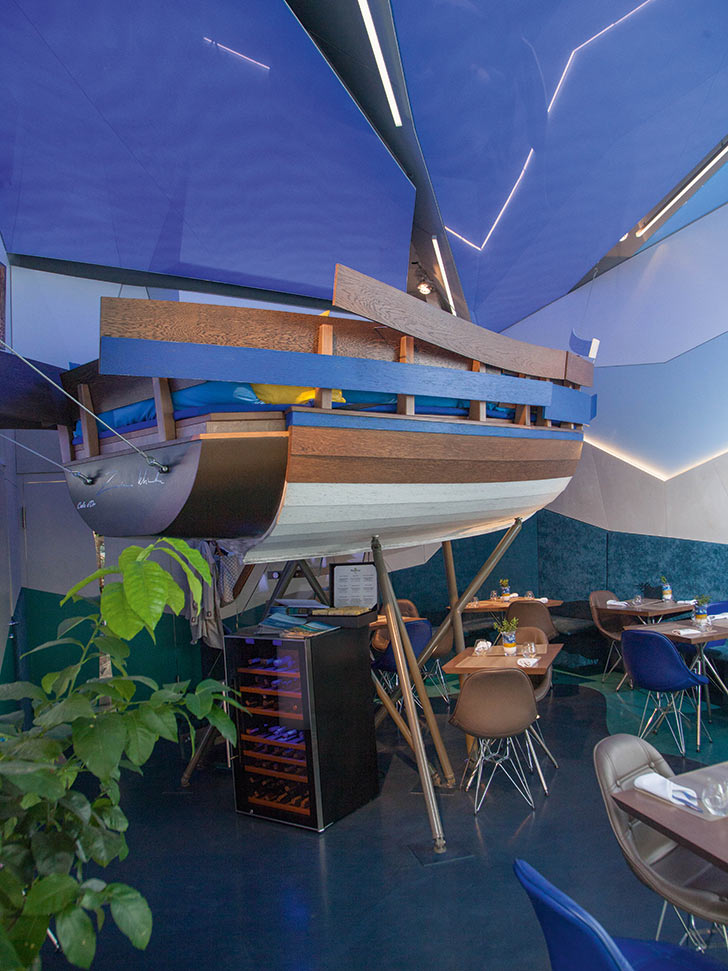 Under normal circumstances, anyone bonkers enough to stick a boat inside a restaurant would be marched outside and shot against a wall. Here though, it actually seems to work. True, sitting in it is awkward and impractical, but the upshot is an interior area that feels like no other. Restaurants, in their official propaganda, are keen to declare that theirs is a place that will transport you to different climes – here’s one that actually does. Perched underneath jagged ceiling panels of deep ocean blue, the sensation is of being anywhere but Warsaw. The escapism is palpable and welcome.

There is more to Zmiana Klimatu than design stunts and gimmicks. Granted, it hasn’t all been plain sailing, and a couple of false starts prompted wholesale changes over summer and the subsequent debut of an entirely new team. But together, they’ve created something that’s every bit as dazzling as the extraordinary interior. Starters are an aggressive assertion of the chef’s quality. 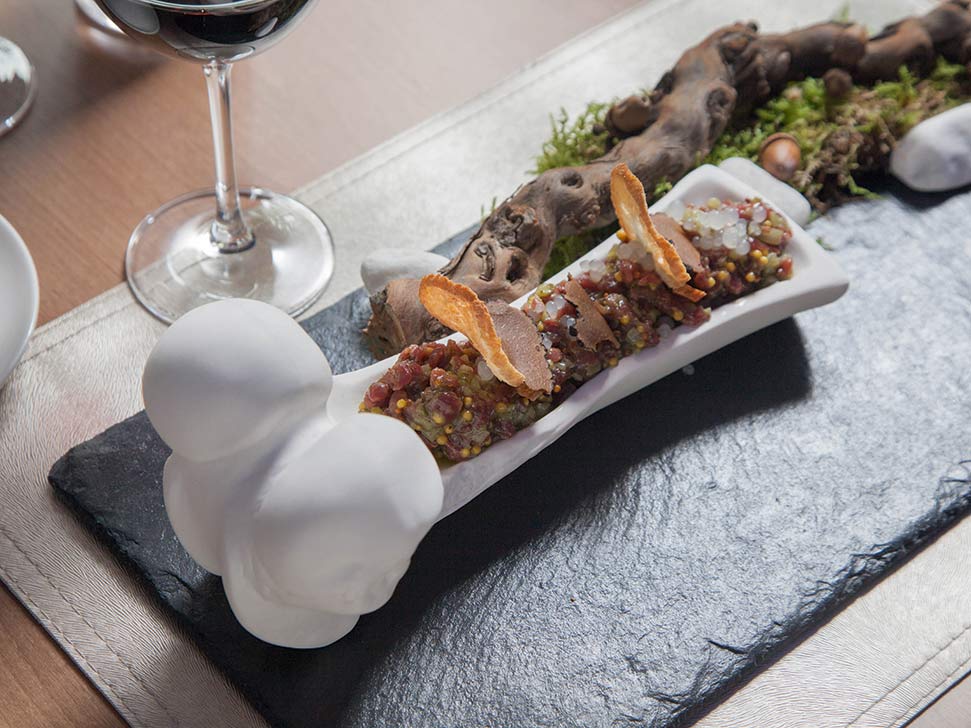 The deer tartare, served in a bone-shaped ceramic, is meticulously constructed and accompanied by shavings of truffle. A coil of octopus, cooked in red wine, is ringed by chanterelles and marinated turnip: an arc of vivid blue coconut water is a finishing touch that lends visual vigor. 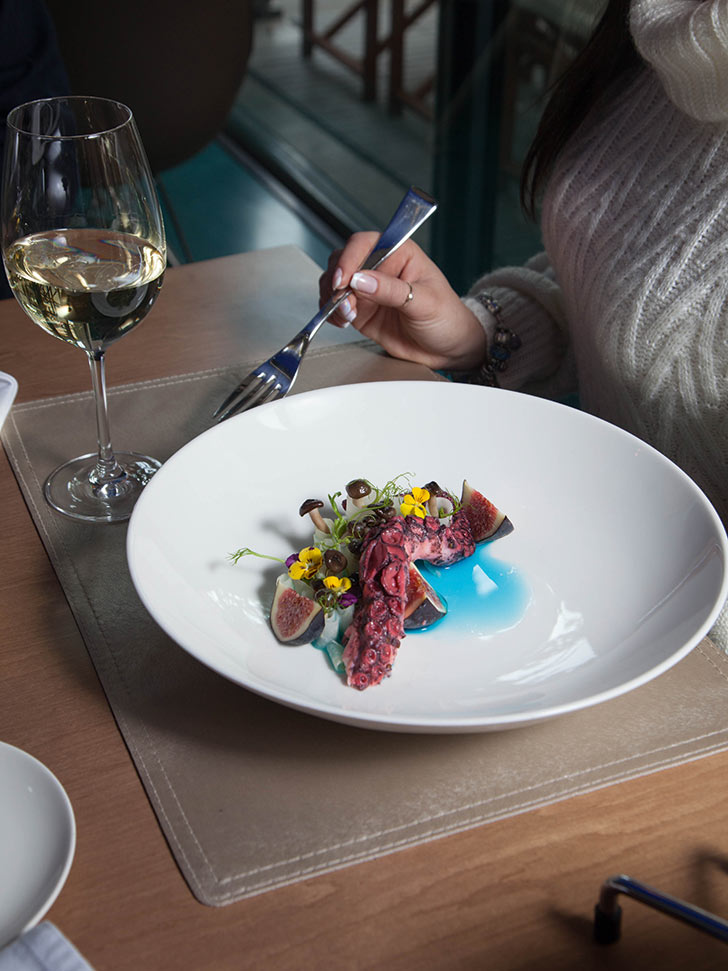 However, it is the lemon soup that is victor in all this. Poured carefully over a dust of crayfish, it’s a thick, throbbing broth that’s intense but not overly sharp. Forget the ‘women and children first’ seafaring maxim, no-one is getting a taste of this apart from me. 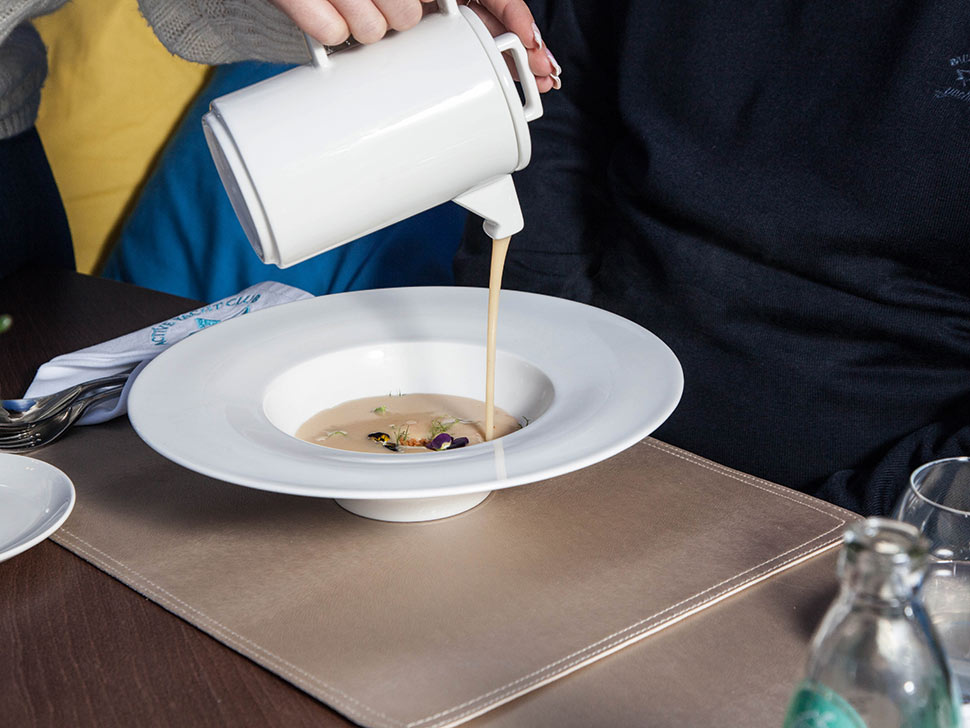 Mains mean a heap of seafood on ribbons of black tagliatelle. From squid and octopus to mussels and shrimps, all the usual suspects are present and correct. Delivered daily from Spain, these are creatures cooked with talent and precision. Likewise, two slithers of seabass layered onto a creamy black risotto are a ravishing success that thrill with their texture and flavor. Everything thus far has been exquisitely plated and astonishing in taste, but another magic door is about to be unlocked… 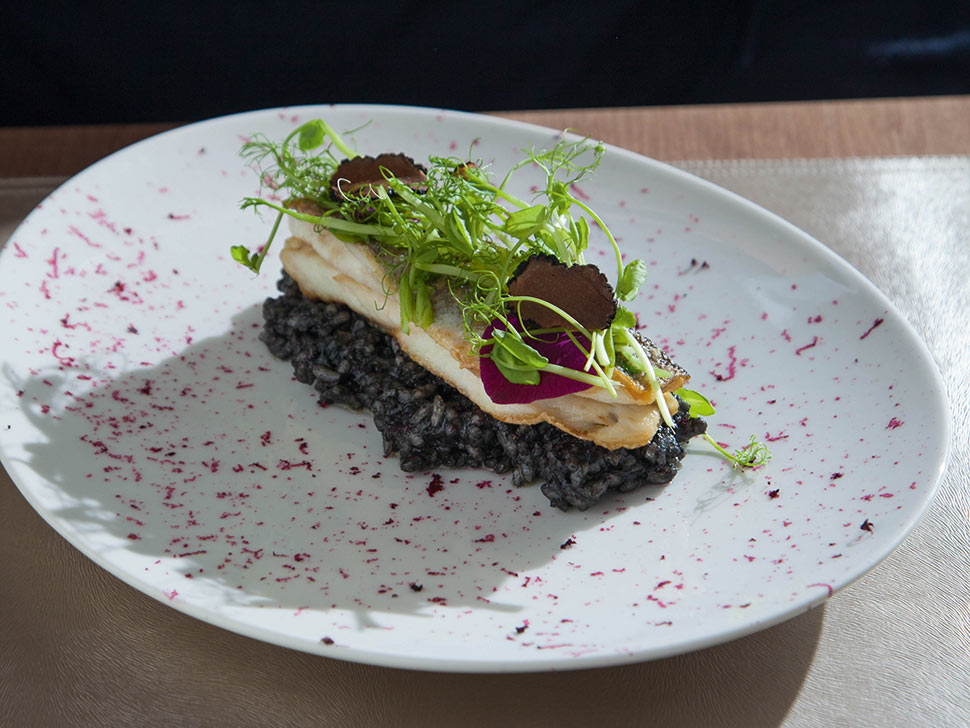 There are many symptoms of madness, and requesting a steak in a seafood restaurant is certainly among them. But do. Whatever else you might order, ensure you have the steak. Served under a glass dome billowing with Cherrywood smoke, it’s a stunning example of how to cook meat. The price, a modest zł. 59, seems a gross miscalculation of staggering proportions. There is plenty of good steak now in Warsaw, but this kind of cost is a throwback to the ages. It is unfair, mind you, that this should be the talking point: this is a flawlessly cooked animal that should be remembered for more than just the price on its head. 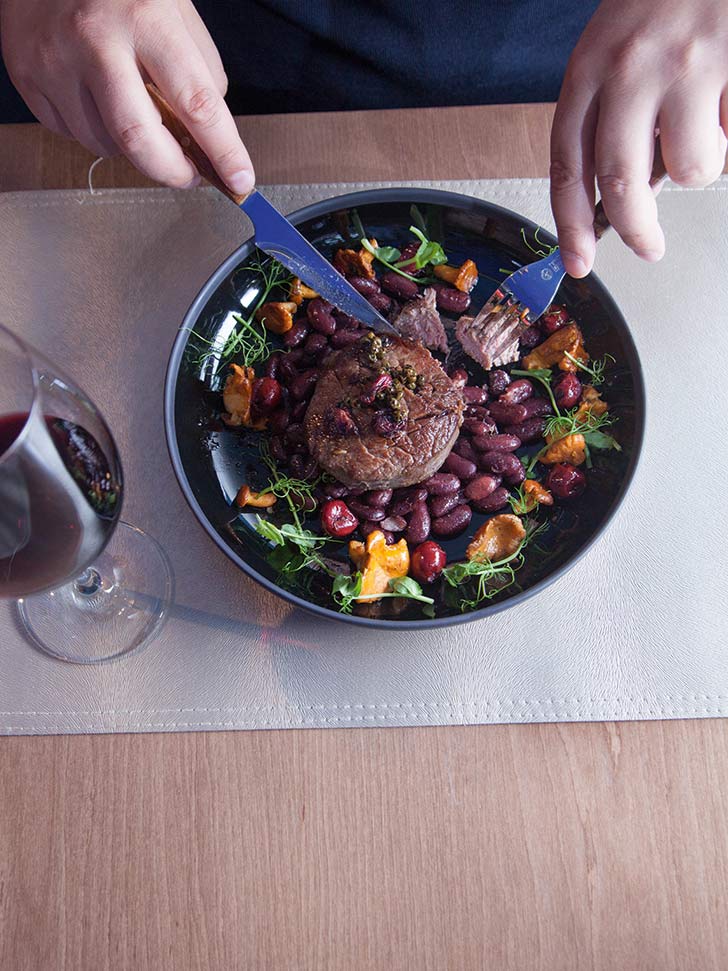 After these triumphs, I can’t help but suspect dessert misses a beat. Unhappy with the ancillary granita, the chef chooses against serving the panna cotta so instead I’m awarded a fondant with pink wine jelly and homemade pistachio ice cream. It’s an excellent combo of gooey chocolate luxury, but Warsaw’s enduring fetish for fondant has grown a bit tired. On a menu brimming with bright ideas, it feels that the restaurant needs to push up another step on the subject of desserts. 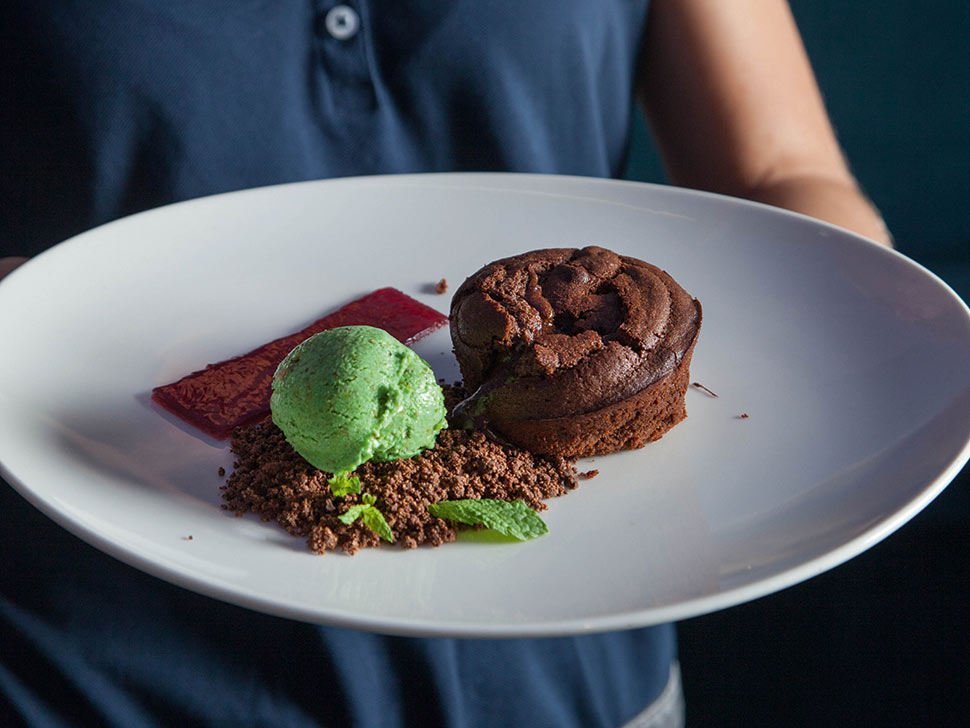 This, I’m confident, will happen, for there is a brilliance to this kitchen: a verve and capability that’s exciting to see. The chef, Jarosław Voitiuk, trained as a vet in his native Ukraine, before a twist of fate led him to the kitchens of Warsaw to work washing dishes. His ensuing rise up the ladder has been a fairytale – not so much to him as it has been to those he feeds. If the city needs a new culinary hero, then that hero has arrived.