football16 praga111 sport33
Away from the bright lights of the Ekstraklasa, a football revolution has stirred in the dark depths of Praga… BY ALEX WEBBER | PHOTOS...

Away from the bright lights of the Ekstraklasa, a football revolution has stirred in the dark depths of Praga… 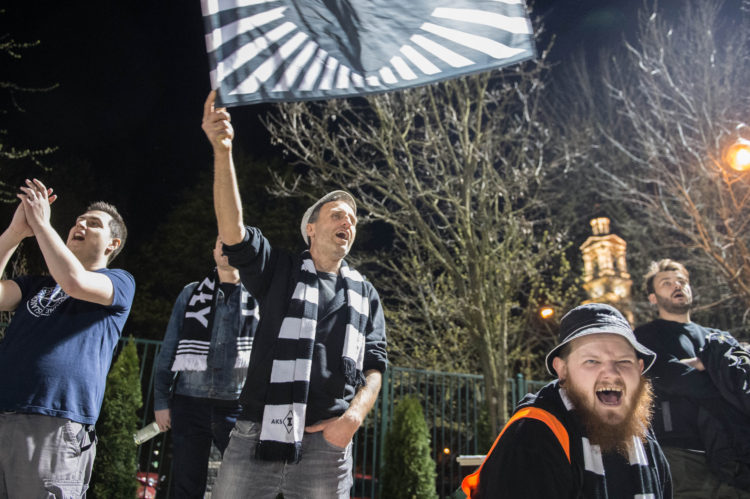 Way before I fell in love with someone, I fell in love with something. That something was football. I had just turned 13, and through a mixture of fate and (mis)fortune ended up behind the goal at Bristol City. My God it stank, but it was a stench that I adored: cider, cigs and last night’s curry. When we scored, my grey schoolboy world exploded into a kaleidoscope of chaos. Swept off my feet in the ensuing tidal wave of madness, it was the moment that my world suddenly clicked together. I had caught the football bug.

As anyone who has caught that bastard virus will tell you, it’s pretty hard to shake. Thing is though, it’s got easier with time. Look at English football now and it’s all about obscene wages, dubious dealings, and soulless stadiums filled with docile customers: this wasn’t what I had signed up for. But while Polish football has been resistant to many of the ills affecting the game in England, it hasn’t swerved them altogether; for many fans, unease about the increased commercialization of football has grown into full-scale disillusionment. 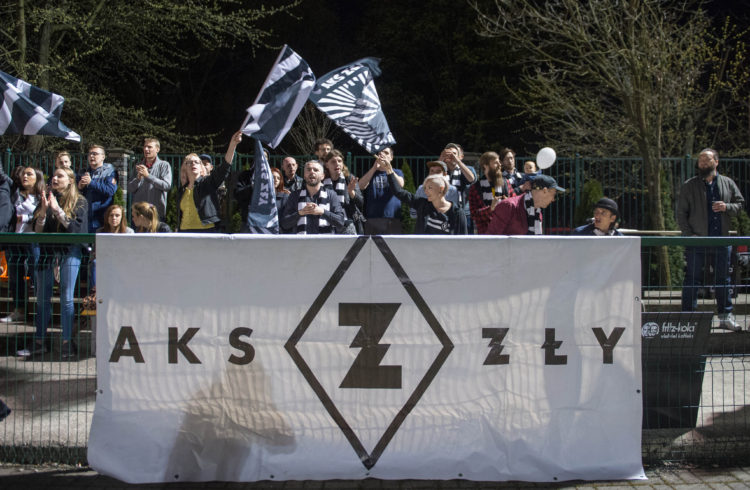 It’s this dissatisfaction that led to the birth of AKS ZŁY. Formed two and a bit years ago by a dozen ‘founding fathers and mothers’, Poland’s first fan-owned, ‘democratic’ football club has grown rapidly to over 100 members, of which a hardcore of less than twenty volunteers oversee the day-to-day affairs of the club. 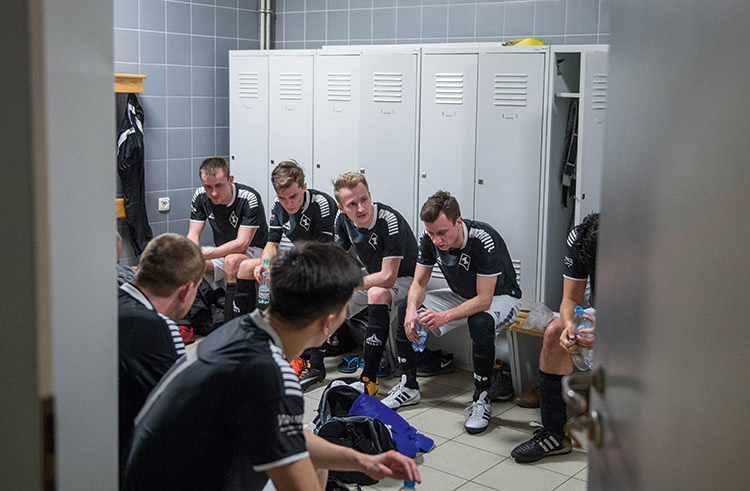 Having recruited players through a poster campaign, online appeals and general word-of-mouth, the club currently fields two first teams: a ladies team featuring a number of deaf / dumb players, and a men’s team managed by Antonio ‘Toto’ Shehadee, an Israeli Arab of Christian faith. Aside from Poles, his side includes players of Vietnamese, German and Georgian origin, with the sheer diversity further reflected by the full-time jobs that the squad members have: chef, lawyer, stagehand, violinist, banker, psychotherapist. 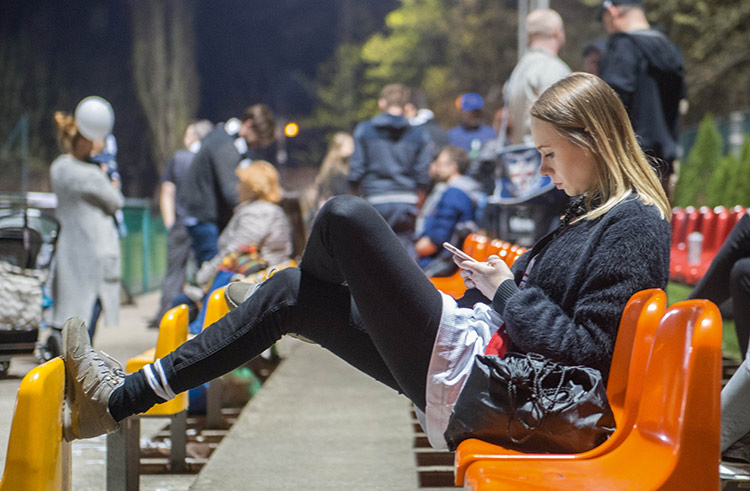 “To me,” says Kris Gorniak, one of the original co-founders, “it’s all about friendship, cooperation and passion. At ZŁY, which means BAD, we want to show that people can be good for each other and can achieve huge things when they help each other out.” Built on tenets of social responsibility, openness and equal rights, ZŁY’s mission has caught the imagination of more than just those who are registered members. Plying their trade in the 8th tier of Polish football, the men’s team attracts crowds that have, on occasion, reached 300 for bigger matches, a phenomenal figure given the level. 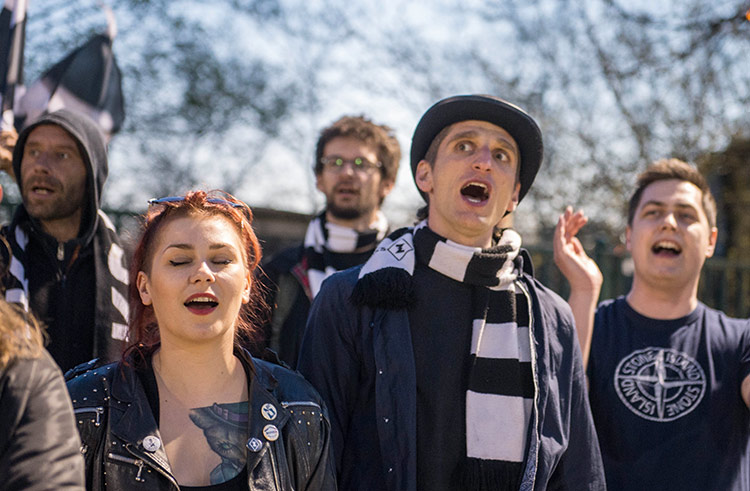 If the number sounds modest to some, then the noise they make certainly isn’t. Gathering at the Don Pedro Arena (so named to add a flash of flair to the dreary official title – Stadion DOSiR), ZŁY’s fans are an eccentric bunch like no other: women are prominent (40% of the attendance, estimates Kris), and so too are representatives of just about every niche group in Warsaw – old geezers, young fathers with yappy dogs and baby buggies, dreadlocked squatter types, a lad wearing Stone Island, geeky ground hoppers, blokes in tracksuits sharing a beer, and neo-hipsters glugging Fritz Cola. Led by an enthusiastic, bowler hatted drummer, they bounce in unison, keeping up a barrage of noise throughout the first half. 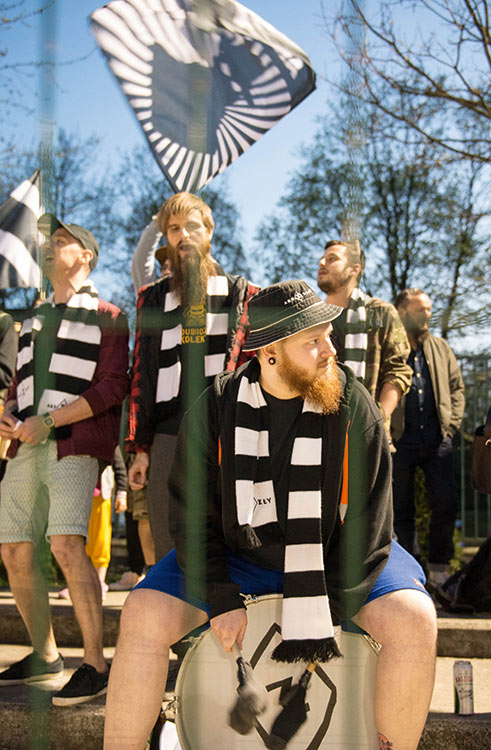 With the whistle sounded, fans filter to the entrance to queue for vegan rolls prepped at home by Waldek, another one of the club’s co-founders; as they do, a DJ spins a few records from the early years of Blur. It’s not a football match I’m at, more a street party with some football in the background. As the game resumes, so does the noise. Banners are hoisted and scarves raised aloft. There number might be few, but ZŁY’s hardy followers create an unrelenting wall of good humored din. As the ref calls full-time, the players are saluted like conquering heroes. Cheers ring around the Don Pedro, before giving way to the steady war cry: Nasz Klub To Demokracja. You’d never guess that they’d just been tanked 4-0. 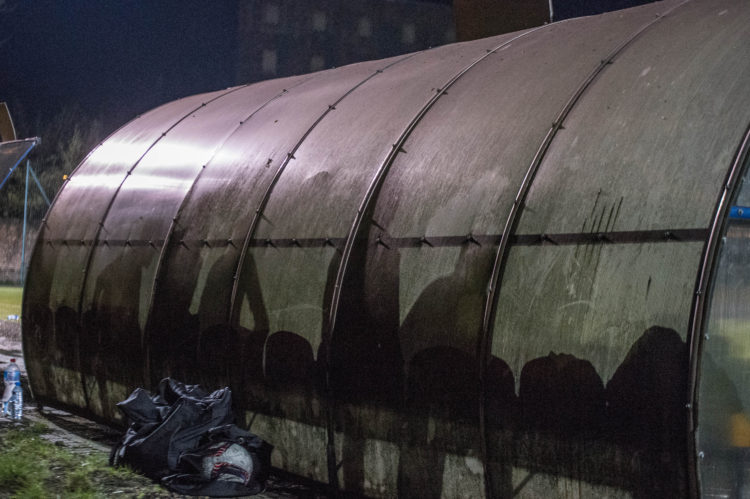 “If ZŁY was just about getting results,” says Kris, “there’d be no-one here. To us football isn’t a TV show, it’s something we love – it’s our local church. And you know what, I firmly believe that if we all pitch in and work together then victory on the pitch will eventually come.” 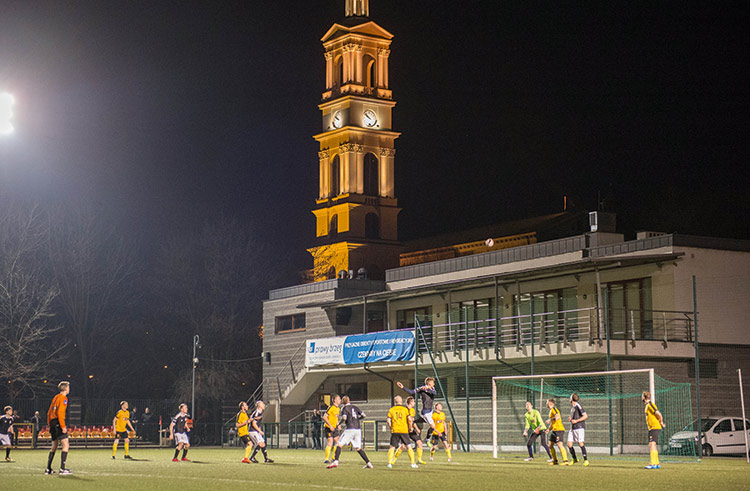