A Land Down Under

Not unlike discovering a lost world, the underground passages of the Filtry waterworks station are an eye-opening experience: miss them at your peril…

Touring a waterworks isn’t usually my idea of fun. The word alone conjures visions of noise and nasty smells: if you want that, surely you can just get on a tram at Hala Mirowska. Yet Warsaw, if nothing else, is a city of surprises, and as surprises come they don’t come much bigger than the Filtry station: covering a city center plot of 30 hectares (oh, how must the property developers covet it), you’ve probably been past it a million times – from work, to the airport, etc. etc. But while it looks mysterious from the outside, it’s actually anything but. You see, every now and again over summer this enigmatic facility opens its doors to the public for guided tours on set ‘open days’ over the weekend. All you’ve got to do is call in advance, hope you get selected from the hopeful applications and arrive with photo ID.

As we waited to have our details copied and our entry pass issued, I fully expected to find a hunched man in overalls on the other side, ready to give us a bore tour. Instead, I got surprise No. 1: Sylwia. A product of the marketing department, Sylwia is the kind of glamorous Varsovian that you see turning heads on the Saturday night dance floor. She would also be our guide for the morning – well, that was just fine with me.

First stop on any snoop around the facility is the in-house museum, a voluminous hall sat by the entrance. It’s here you’ll learn about just how Warsaw gets its water. The story isn’t complicated. Back in the 19th century the Russian mayor of Tsarist controlled Warsaw, Sokrates Starynkiewicz, decided it was time to push the city out of the Neolithic age and gift it clean running water. To meet this end he hired an Englishman, William Heerlein Lindley, who oversaw a project that eventually made its debut in 1886.

The result was the Filtry station, a huge network of filters that supply Warsaw’s water to this day. The museum itself doesn’t take much time, but does have points of interest: for instance, a scale model of the plant, as well as two wooden pipes that carried water to the Royal Castle some 280 years before the rest of Warsaw was hooked up. The real sightseeing though, that lies elsewhere. 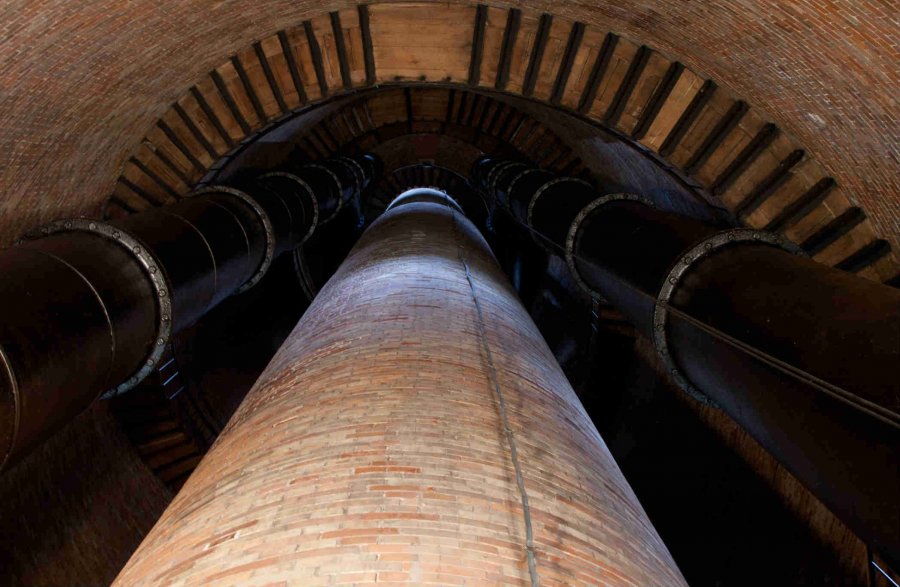 The defining feature of Filtry – from the outside, anyhow – is the redbrick tower: 40 meters in height, this elegant 19th century spire once dominated the Warsaw skyline. Used until the ’30s to discharge fumes from the boilers, seeing it from the inside is a head spinning experience. The spiral stairs that skirt inside its walls disappear into the blackness above, and while they’re currently blocked off to the public, they’re impressive in their scope. “One guy who visited us recently,” recounts Sylwia, “told us how during the Uprising a German sniper took potshots at him from the top.”

Walking across Filtry’s long, stretching paths (what a go-kart track it’d make!), we reach the rapid filter facility. Unveiled in 1933 it was, at the time, the most advanced of its kind in Europe. From an architectural view, it’s a jewel, with preserved Art Deco reliefs featuring, among others, a miffed-looking mermaid. But it’s even more extraordinary inside. If it weren’t for the water tanks flanking each side of the corridor, you’d mistake it for New York’s Grand Central Station. While they’re no longer operable, original details such as valves and dials have been lovingly preserved. 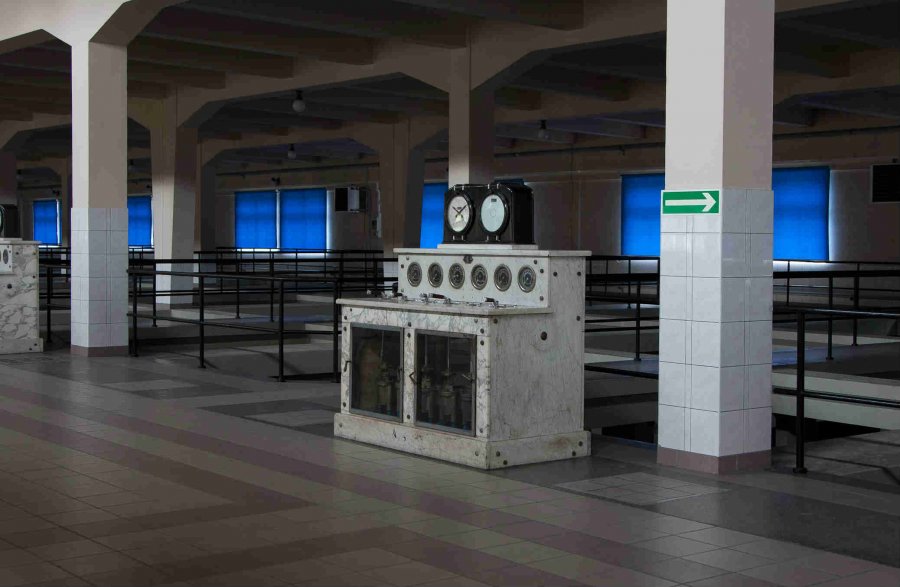 It’s in here you’re free to guzzle back as much water as you wish – damn, why couldn’t this be a brewery. To my astonishment, it’s actually refreshing, and not just because it’s sweltering outside. “Warsaw water isn’t bad,” says Sylwia, noting my bewildered look. “The thing that occasionally makes it taste bad at times is the pipes that supply some of the buildings.” She’s right, this stuff is like mountain water compared to the gunk that comes out of my taps.

For me though, the highlight is about to come. Found under the long grassy mounds that characterize the area are the slow water filters. Covering a total area of 82,000 sq/m, these underground chambers are simply magnificent. “Sometimes, when I’m in here,” whispers Sylwia in reverence, “it reminds me of stepping into a Gothic cathedral.” The vaulted ceilings cast a reflection on the water, creating a kaleidoscope effect that’s almost hallucinogenic in its look; it’s not hard to feel you’ve been afforded a peek into a secret world. The sheer craftsmanship involved in the construction is immediately evident. At the time, Lindley faced flak for specifically using high quality bricks from just two hand-picked factories. That the brickwork still looks pristine is a testament to his judgment. 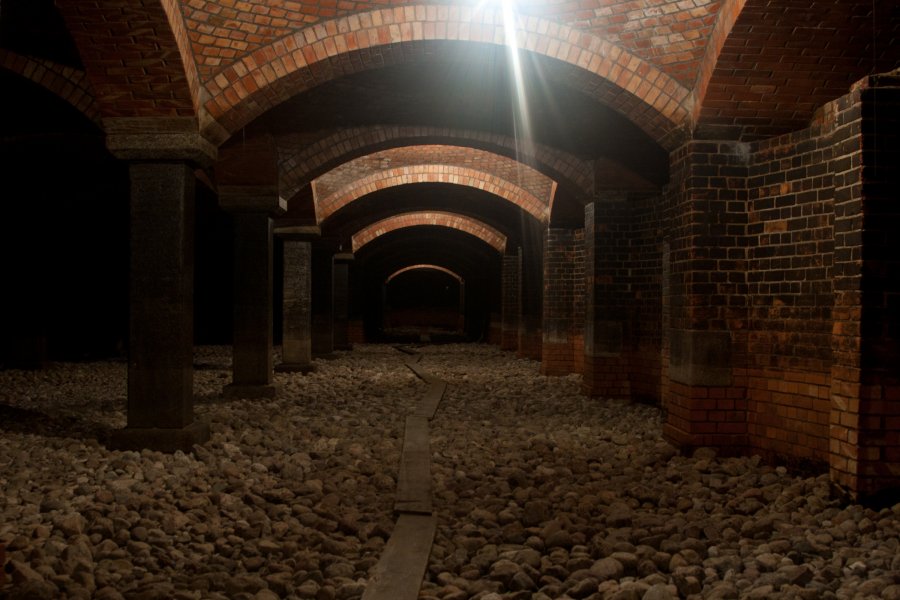 Careful not to attract the attention of a spider the size of my head, we exit the thick, heavy air of these catacombs, back into the birdsong of outside. Trees wave gently in the wind, bringing to mind visions of a green oasis in the center of the city. The tour concludes at the carbon filter station, a NASA style control lab with lots of gauges and red buttons. On the rooftop garden we pause for thought as we contemplate the skyscraper skyline that juts into the clouds. Serene and surreal, it’s an eye-opening tour that’s a must-do for all.