All Change For Jerozolimskie | Warsaw Insider

All Change For Jerozolimskie

architecture80 city center1007 city news103
“The capital city will undergo a metamorphosis similar to ones experienced by European metropolises such as Copenhagen and Stockholm,” Mayor Rafał Trzaskowski told the...

Dramatic changes to the center are afoot after City Hall revealed plans for a significant remodeling of Al. Jerozolimskie.

“The capital city will undergo a metamorphosis similar to ones experienced by European metropolises such as Copenhagen and Stockholm,” Mayor Rafał Trzaskowski told the press. 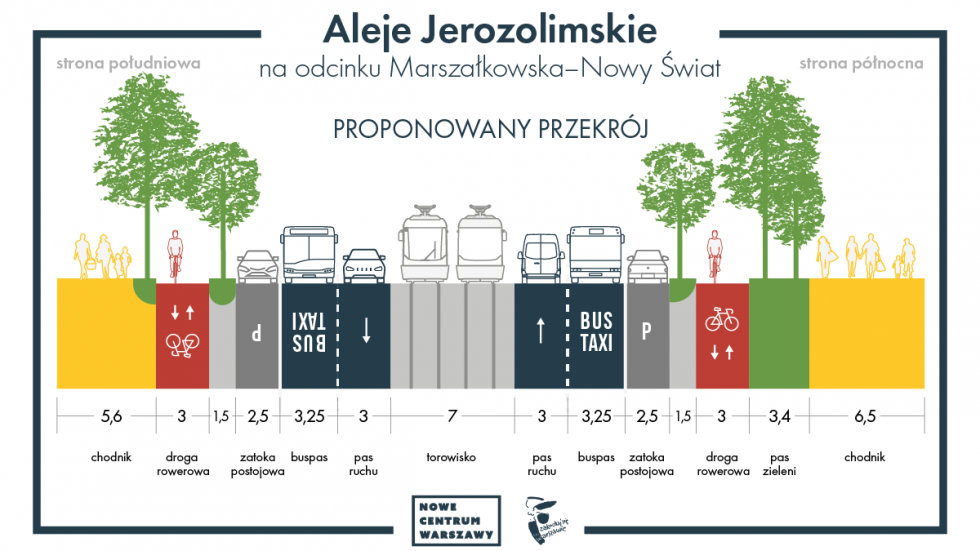 “We will introduce solutions that will reconcile the expectations of pedestrians, drivers, cyclists and entrepreneurs,” he continued. “All this so that the city, which until now has been an ideal place to work, also becomes an ideal place in which to live.”

As part of the plans, Jerozolimski will have wider, revamped pavements featuring more space for restaurant terraces. Additionally, more greenery has been promised along with trees to be planted in four rows – as they were before the war.

Further changes will include just two lanes for traffic running in a single direction – one for normal cars, and the other for buses and taxis. 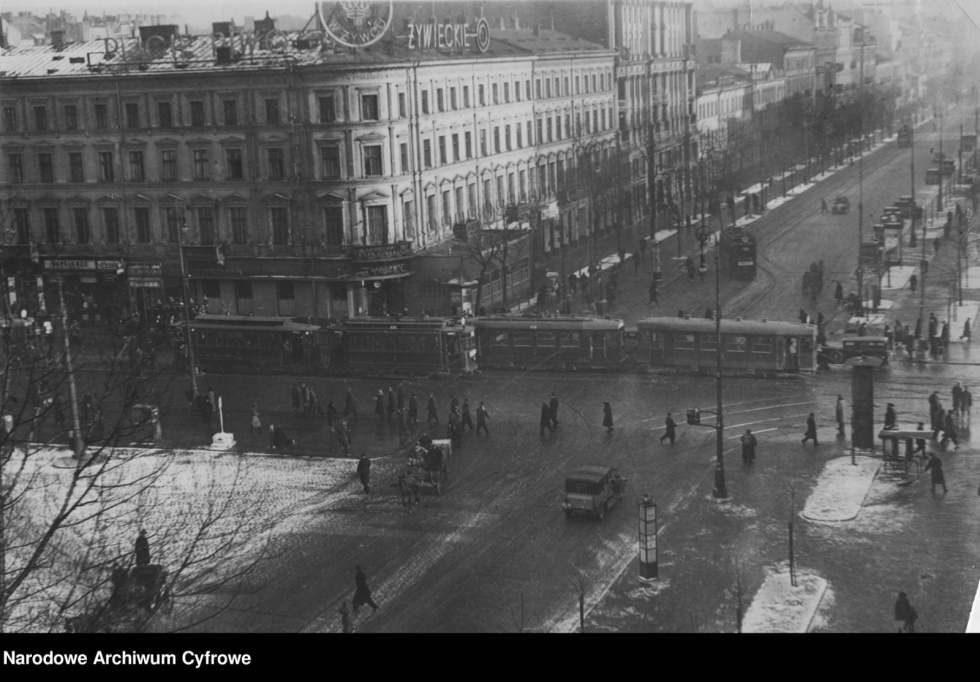 Moreover, three-meter bicycle lanes will be added, as will bays for parallel parking. Tram and bus stops, meanwhile, will be both lengthened and widened so to increase ease of transfer.

The changes will not stop there, either, with Rondo Dmowskiego and Rondo de Gaulle’a also set to be consigned to history. Instead, these will roundabouts will be replaced by traditional intersections.

The project will fall under the scope of the Nowe Centrum Warszawy plan, an ambitious program that seeks to transform the city center into a more user-friendly organism.

“This will be one of the biggest challenges of the program,” said Michał Olszewski, the Deputy Mayor. “We’re already building the new Pl. Pięć Rogów and planning the reconstruction of Marszałkowska – now it’s time for Al. Jerozolimskie.” 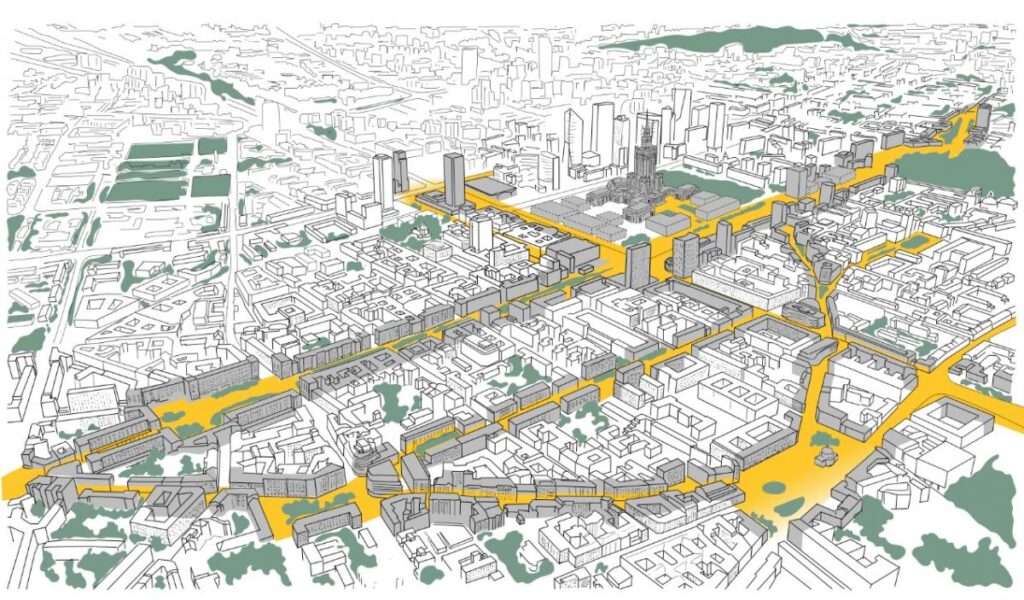