Art Of The Matter: Łazienki

More than just the green lungs of Warsaw, Łazienki is a treasure trove of fine art and sculpture from days of old…
BY STUART DOWELL 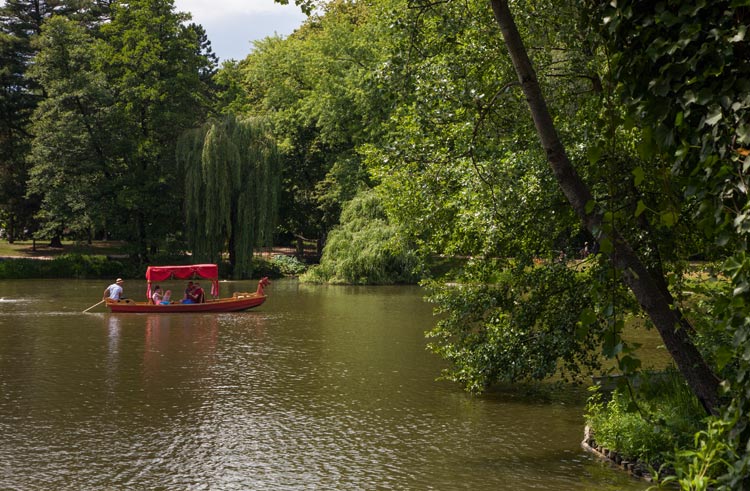 If often feels like Warsaw is a city with chip on its shoulder, always apologising for itself. Like a former stage queen drowning her sorrows, she complains: “I used to be beautiful you know, I’ve just never been the same since Hitler and Stalin.” But what about the lovely Old Town? “Ooh, don’t tell anyone,” she winks, “but it’s all plastic surgery, none of it is real.” Unfair perhaps, but understandable. As she orders another drink a silver-haired jogger runs past, all original parts and not a hair out of place. It’s Łazienki Park! Relatively unscathed from the war and the equal of any city park in Europe, as tourist attractions go this one is weapons-grade.

The history of Łazienki goes back as far as the 12th and 13th centuries when the area was used as a working garden around the stronghold of Jazdów before it was destroyed by marauding Lithuanians in 1262 and again in 1282. The Mazovian Dukes had had enough and upped sticks, finding a more defendable spot on the high ground in the village of Stara Warszawa. In 1548, Queen Bona Sforza established a permanent residence there, and later, in 1624, Zygmunt III Waza, the one from the column on Castle Square, started building Ujazdowski Castle nearby.

In the late 17th century, Grand Crown Marshal Stanisław Lubomirski bought the estate and on the spot where the Palace on the Isle now stands added a bath house to relax in, hence the name Łazienki. In 1764, the last king of Poland, Stanisław August Poniatowski, bought the entire plot and the Łazienki that we know today, perhaps the greatest symbol of the Polish Enlightenment of the late 18th century, is the result of his passion and vision. 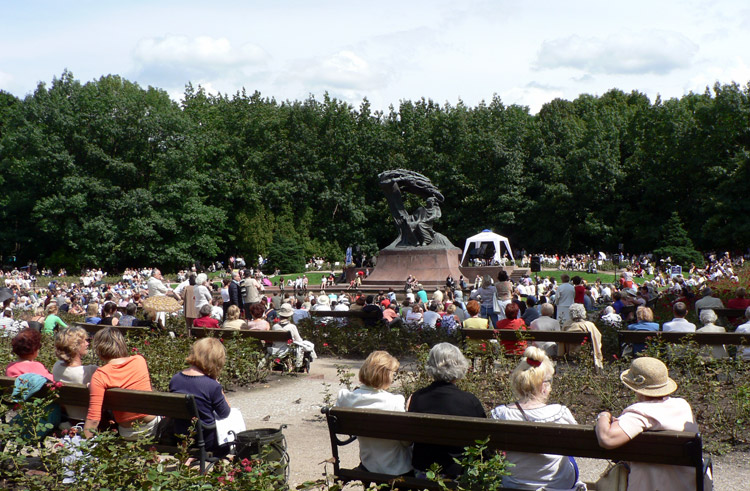 Stepping away from the cars thundering past from all sides at Na Rodrożu and entering the park from the north isn’t unlike easing into a soothing bath. Maples, poplars and willows welcome you with an inviting rustle, while red squirrels divert the eye as they arrow up a trunk or shuffle cheekily along a branch. More pleasures await when you enter the modernist garden with the Chopin monument, which sits in front of a curtain of red oaks looking onto aisles lined with snowberry bushes. A walk down the embankment and along the Royal Promenade past the Old Orangery towards the Palace on the Isle often finishes with an ice-cream from the True Madame Café and enjoyment of the breath-taking scenery.

Nothing wrong with that of course, but to do so ignores what makes the park so special. Stanisław August was enthusiastic about the arts and believed in their role in creating an enlightened and progressive country. To this end, he put together impressive art collections and created buildings with beautiful interiors to display them in, which to a large extent have survived for us to enjoy today. Those who worked on the King’s project were the big hitters of the time: the architects Dominik Merlini and Jan Chrystian Kammsetzer, the artists Jan Bogumił Plersch and Marcello Bacciarelli and the sculptors André Lebrun and Franz Pinck. Even the famed Tylmen Van Gameren got a look-in as he built the original bath house for Stanisław Lubomirski, which is still incorporated at the core of the Palace on the Isle, as well as the prodigious Jakub Kubicki, who in the 1820s redesigned the Belweder Palace and built the Temple of the Sybil and the Egyptian Temple for the Russia’s Tsar Alexander I (who acquired the complex in 1817). This is proper premier league stuff, the equivalent of Crujff, Baggio, Zidane and Ronaldo all turning out for the nearby Legia Warszawa football team. 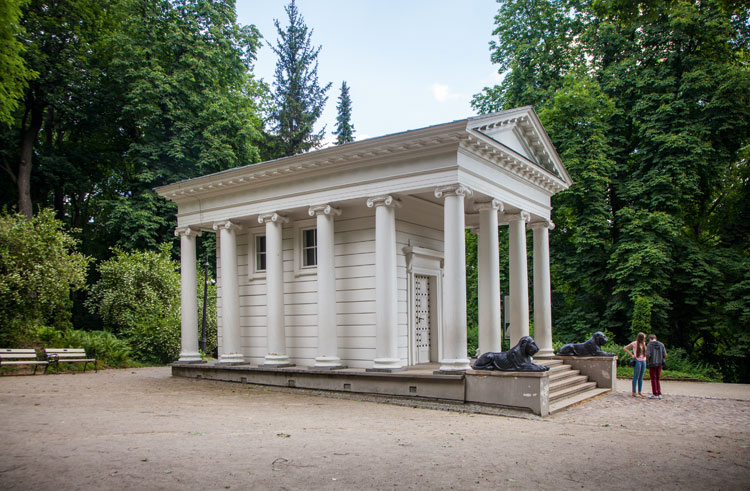 Because Polish kings were elected, Stanisław August didn’t inherit much art from his predecessors, although there were a few gloomy canvases kicking around the basement at Ujazdowski from the time of Zygmunt III. It meant that he had to start from scratch, so with his long-serving court artist Bacciarelli he slowly collected paintings, sculptures, furniture, prints and other items that were the best that they could find and afford.

There is little in Warsaw to match the enjoyment of strolling through Łazienki’s achingly beautiful interiors and stumbling across a Rembrandt, a de Meer or a van Dyck, or perhaps a portrait of Francis Bacon, Jean Jacques Rousseau or William Shakespeare. The spacious and well-lit Old Orangery is home to the best sculpture collection in Poland with copies of ancient sculptures made by leading artists from Rome and Venice from the late 18th century. The walled terrace in front features a fascinating group of eight busts representing some of the less bloody Roman emperors chiselled by Franz Pinck. 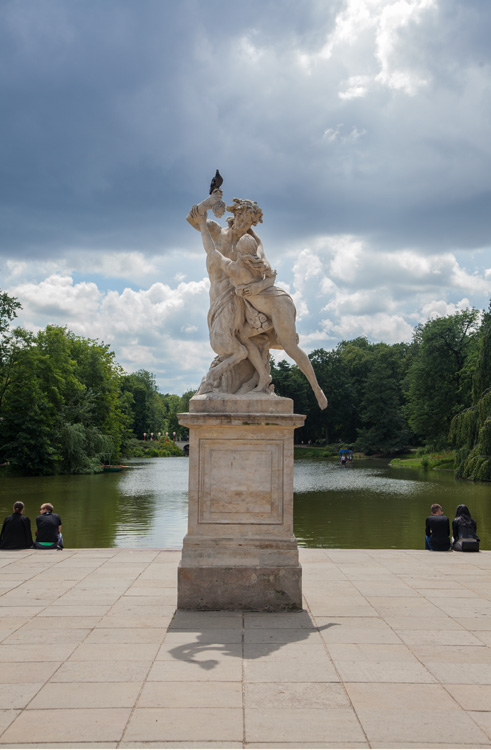 Muses, Greco-Roman gods and characters from mythology as well as figures depicting allegories, virtues and the four seasons cast their gaze from shady bowers, roofs, plinths, walls and ceilings. This is late 18th century propaganda shouting that Stanisław August was a strong yet enlightened ruler. On sunny August afternoons, it’s hard to drag yourself indoors away from the romantic gardens, but your effort will be rewarded and your soul nourished by the collections of King Staś.