abroad1 history69 WWII23
A new statue in Edinburgh celebrates the life of Wojtek, a ‘soldier bear’ who fought at Monte Cassino alongside Polish troops… By Stuart Dowell...

A new statue in Edinburgh celebrates the life of Wojtek, a ‘soldier bear’ who fought at Monte Cassino alongside Polish troops…

Living in Warsaw, most of us are probably familiar with at least two bears: those that choke on exhaust fumes all day in a concrete pit outside Warsaw Zoo, and the white polar bear that is said to stalk the streets in the depths of winter.

The recent unveiling in Edinburgh of a bronze statue of Wojtek the Soldier Bear, however, has helped raise awareness, if any were necessary, of Poland’s most famous and best-loved bear – and the help and support provided to the project by long-term Warsaw resident and business owner Lawrence Fahrenholz meant that our city was proudly represented at the unveiling. In fact, Lawrence, the Scottish-born son of a soldier in General Maczek’s 1st Armoured Division, was a special guest and attended the official reception. 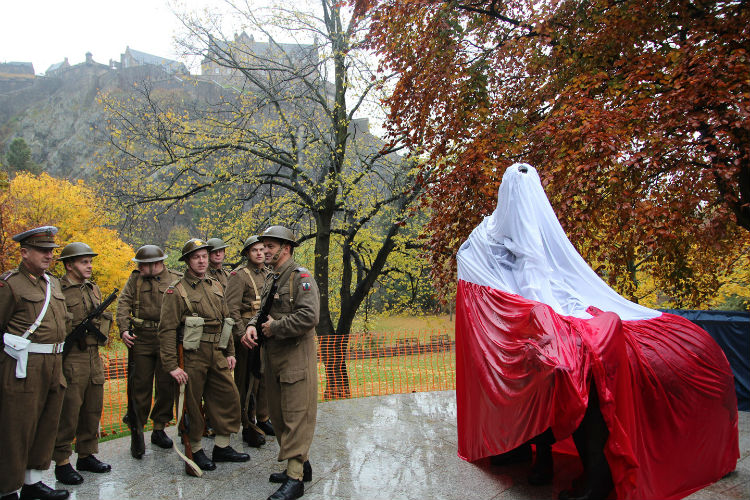 In 1942, Wojtek was bought from a shepherd boy in Syria by soldiers that would later form General Anders’ 2nd Corps and who had travelled from the depths of the Soviet Union, through the deserts of the Middle East to join up with the Allies in North Africa. The bear soon learned how to live among people and drank powdered milk, and later beer, smoked cigarettes and wrestled with those brave enough to take him on.

Wojtek’s renown among the men was enhanced one night in Palestine when he confronted a bewildered Arab thief in the ammunition compound. However, it was only in Egypt that he was given the rank of private after it turned out that animals were not allowed on Allied transport ships going to Italy. Wojtek’s comrades immediately managed to organize a paybook, rank and serial number, and thus Wojtek went on his way to where his legendary status would be sealed: Monte Cassino. 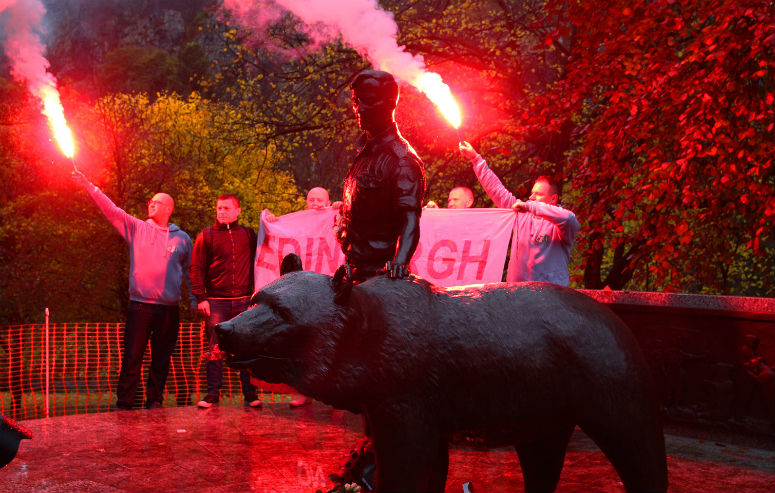 After the battle the official badge of Wojtek’s unit, the 22nd Transport Company, was changed to depict Wojtek walking with a shell. That’s a tribute to Wojtek’s own role in the battle: seeing what the men were doing, and perhaps sensing the tension and urgency, he would pick up crates of munitions and place them closer to the cannons, thereby doing his bit in a battle in which the Poles eventually triumphed.

After the war, he was demobilized with the rank of corporal, and was eventually settled in Edinburgh Zoo. Other 22nd Corps soldiers who had settled in the region after the war would visit Wojtek at the zoo, and as Lawrence says, “local children would learn Polish phrases to get Wojtek’s attention, like chodź Wojtku”.

One of the surprising features of the Wojtek memorial is its prominent position in Edinburgh’s Princes Street Gardens. However, Lawrence explains: “I think there’s a sense of guilt that Poles were not given the credit due for their contribution to the Allied cause”. It’s heartening to think that this venerable old Syrian bear is still making a valuable contribution to Poland, a country he never placed a paw in, as he did on the battlefields of Italy during World War II. 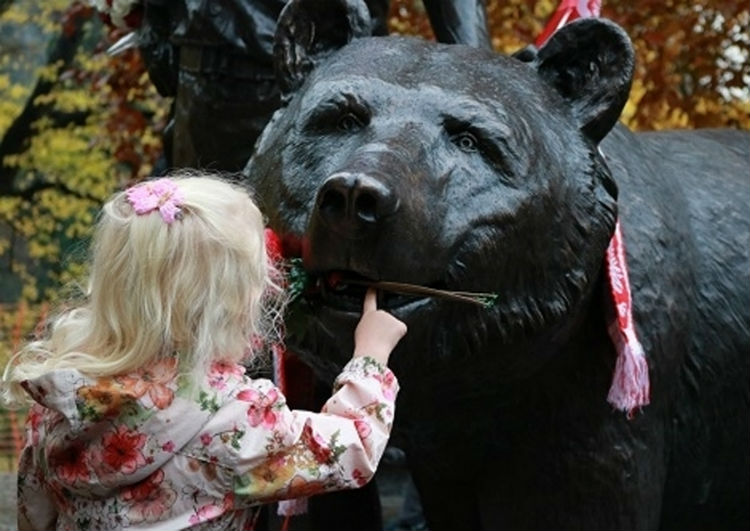