alternative89 day trip11 hotel11 naleczow2 weekend132
No longer is Nałęczów ‘just for the old people’, and Poland’s trendiest hotel is ample proof. The Insider takes a look at the village...

No longer is Nałęczów ‘just for the old people’, and Poland’s trendiest hotel is ample proof. The Insider takes a look at the village in the sky… (By Alex Webber | Photos Ed Wight) 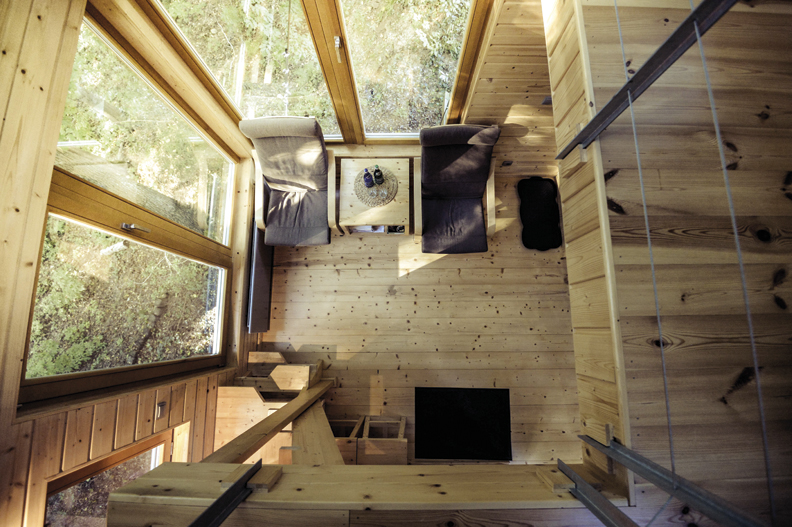 Antelope in Poland? Don’t be stupid. I am though, which is why I’ve just suggested that’s what lurks in the gulley below. I’m talking to Gosia Fraszka, one half of the husband and wife team that runs W Drzewach. “I can’t remember the English word for this animal,” she says wiggling her fingers in an antler shape, “but they have these on their head.” It’s at this point I blurt out antelope.

Quickly, Gosia confirms what everyone else in the world knows. There are no antelope down there, but there are deer, wild boar, owls and bats, too. I feel daft, but I know I really shouldn’t. You get the idea that Gosia isn’t the type that goes around snickering at the mental aptitude of others. On the contrary, she likes people; stay at W Drzewach and she’ll even bake you cakes. But that’s just part of the appeal.

Created last year, this ‘treehouse hotel’ comprises three cabins overlooking a densely wooded ravine. “My husband and I originally wanted to build a treehouse for our son at the bottom of our garden,” smiles Gosia, “what we ended up with was this.” Partly funded by a Swiss grant, the project has been a roaring success. ‘Long weekends’ are fully booked for the next three years, while this year only a few weekday vacancies remain. Walking around this Ewok village you understand why.

Accessed by a set of sharply-rising stairs, the accommodation has a slick Scandi style: modern and minimal yet womblike in warmth. You imagine sitting muffled up by the window with a heavyweight book and the phone turned to dead. TVs, too, are surplus in this environment. “You won’t find them here,” says Gosia, “we want our guests to feel close to nature, not to sit in front of a box.”

Though why would you want to sit anywhere other than the rooftop decks that crown each cabin? Up here, high in the trees, life takes on a detached, dreamlike quality. And there’s the silence. It’s incredible, broken only by the whispers and whistles of the forest down below. Since when were hotels meant to make you feel this good? Or is this, simply, more than a hotel?