No website excites the Insider more than Futuwawa (futuwawa.pl). And the latest installment of their annual competition for potential designs to shape Warsaw’s future has been better than ever.

Stealing the show was what was voted the eventual winner, a bike path under Most Poniatowskiego designed by Mikołaj Molęda and Kama Wybieralska. Mikołaj takes up the story: “As a driver, cyclist and pedestrian living in Saska Kępa, I know all possible scenarios associated with crossing the bridge. To fully comply with the law cyclists have to carry their bike across, though those that choose not to face heavy traffic or cycling on a curb filled with pedestrians. It’s dangerous, and with more and more inexperienced cyclists on the roads – due to the success of the city’s bike sharing scheme – the situation will worsen. It was important to have the cycle bridge below the level of the road for three reasons: avoid collisions with traffic, lessen the noise factor and bring cyclists closer to nature. While the contours of the bridge would change, it wouldn’t affect the protected parts of the structure. Sometimes you have to modify architecture to meet actual needs…” 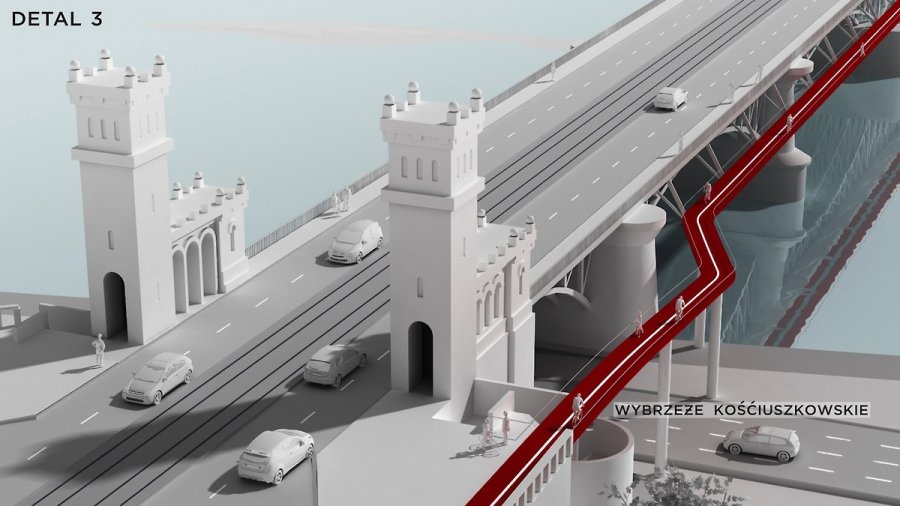